Motherhood is the most beautiful phase that a woman gets to experience. The pregnancy becomes a news if the mommy-to-be is a celebrity. Off late, Pregnancy news and the news of celebrity babies is pouring in from everywhere. The latest celebrity couple to join the parents club is none other than television actress Jaswir Kaur and her hubby, Vishal Madlani. The couple is on cloud nine as they have recently welcomed their first child into this world. (Check Out: Karan Patel And Ankita Bhargava Open Up About Their Sad News Of Miscarriage, Request Privacy) 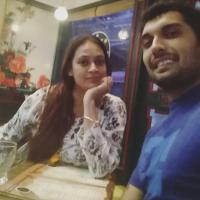 Jaswir tied the knot with her Mumbai-based businessman-boyfriend, Vishal on March 6, 2016, after dating each other for almost two years. Theirs was a Punjabi-Gujarati wedding attended by who’s who of the television industry. And now, after 2 years of blissful married life, the couple welcomed their first child, a baby girl into this world. Their little angel was born on June 26 and both mother and baby are in good health. Throughout her pregnancy, Jaswir was a little conscious about flaunting her baby bump, unlike other celebrity mommies but in her last trimester, she got a little comfortable with the bump and started flaunting it in a few pictures that she posted. 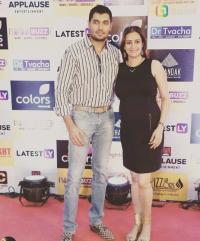 She was given the due date of June last week and the baby arrived on time. Now, that the baby girl has arrived, we can’t wait to see her pictures. Jaswir announced her pregnancy on her social media handles with a picture with hubby, saying, “Another step together, towards this beautiful life.” In a previous interview, talking to Bombay Times about her pregnancy, she said that she has mixed feeling, she is happy and nervous both. She also said that pregnancy is the most beautiful phase in her life as there is no better feeling in the world than carrying a life inside you. The actress said, “ I have always believed that life is beautiful and for me, it has come true after my marriage to Vishal (Madlani). I'm both nervous and excited about becoming a mother. Today, I understand the importance of motherhood. I'm waiting for the day when we will bring another beautiful soul into this world." (Also Read: 'Nayi Dulhan' Rubina Dilaik's Crazy Dance On Haryanvi Song 'Teri Aakhya Ka Yo Kajal', Video Inside!) 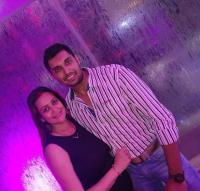 The actress who is known for her role in Waaris had a dreamy wedding with her boyfriend and since then, the couple has been happily married. In one of her interviews, when Jaswir was asked about her career plans post-delivery, the actress said, “After Waaris, I wanted to take a break. We belong to an industry where there is no dearth of opportunity for actors. I am still getting offers, but I want to balance my personal and professional life. The best part is that there is no age limit in a creative career; so, returning to acting will not be an issue. At this point in my life, I want to enjoy motherhood to the fullest.”

Our heartiest congratulations to the new parents, Jaswir and Vishal on the arrival of their little angel. We wish both mother and baby the pink of health.