Jaswir Kaur Gets A Photo Shoot Done For Her 2-Month-Old Baby Nyra, She Is Already A Poser

Jaswir Kaur Gets A Photo Shoot Done For Her 2-Month-Old Baby Nyra, She Is Already A Poser C.I.D, Sasural Simar Ka, Waaris fame actress, Jaswir Kaur and her handsome husband, Vishal Madlani (a Mumbai-based businessman) are in the seventh heaven these days. The reason behind their happiness and blissfulness is their little production. Confused as to what we are saying? Well, for the ones who don’t know, Jaswir and Vishal entered the parenthood phase just recently and are enjoying this lovely chapter of their lives. (Also Check: 6 Television And Bollywood Mommies Who Suffered From Depression During And After Pregnancy) 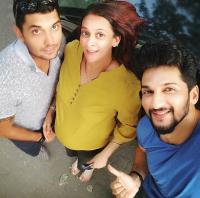 Jaswir Kaur and Vishal Madlani walked down the aisle on March 6, 2016. Enjoying the doubles’ squad for almost two years, the lovebirds stepped into the next sphere and became parents. The couple welcomed a baby girl on June 26, 2018, at Raheja Hospital. The doting parents have lovingly named their little one, Nyra, which in Hebrew origin means ‘plant’. (Don't Miss: 10 TV Celeb Couples Who Chose Unique And Interesting Names For Their Kids) 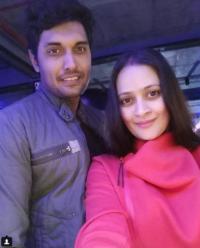 All this while Jaswir has kept us waiting eagerly for the angel’s pictures though she shared some sneak peeks. Well, today on July 26, when Nyra is one-month-old, Jaswir took to her official Instagram account and shared a couple of lovely pictures with the princess. She captioned the post as, "Thank u @rashmishettyphotography for clicking Nyra's pics #prettylittlething #Nyra #angel #adorable #daughter #cutipai #lovedthepictures #concept #beautiful #newworld #lovingit  so here is Nyra's pictures awaited." Here are the clicks:

Isn’t she so cute? We can’t stop swooning over these candid pictures. Apart from this, for all the fans of Jaswir if you are wondering if she will be back on small screen, here’s what she said on this note in an earlier interview, “After Waris, I wanted to take a break. We belong to an industry where there is no dearth of opportunity for actors. I am still getting offers, but I want to balance my personal and professional life. The best part is that there is no age limit in a creative career; so, returning to acting will not be an issue. At this point in my life, I want to enjoy motherhood to the fullest.” (Also Read: 12 Bollywood Actresses Who Embraced Motherhood Before They Turned 30) 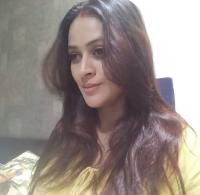 Jaswir is one of the most ardent social media users of the television world. So, even when she had to announce the name of the apple of her eye, she took to Instagram and wrote, “Parenting and motherhood are one of the most important aspects of life for a lady... I guess my soul has another layer now by the addition of this beautiful angel we named "Nyra" Me and @vishalmadlani are absolutely excited to bring this little bundle into our lives #Motherhood #proudparents #beautifuljourneyoflife #together #Family #we #us #forever #happiness Thank u”. (You May Also Like: 17 Ways Your Life Changes Once You Have A Baby) 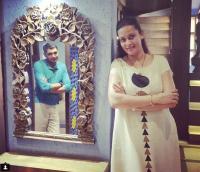 In an interview with BT, the actress spoke about embracing motherhood. Here’s what she said, “have always believed that life is beautiful and for me, it has come true after my marriage to Vishal (Madlani). I'm both nervous and excited about becoming a mother”. In an earlier interview when she was in her baby bump journey, she retorted, “there's no better feeling than knowing that you are carrying one more life within you. Today, I understand the importance of motherhood. I'm waiting for the day when we will bring another beautiful soul into this world."

Jaswir and Vishal, your little cutie daughter is too adorable so much so that she has raised the bar altogether. We wish you both and your little angel all the happiness, good health and love!