Children are the gifts of God; angels sent on Earth to spread immense joy and warmth in the lives of everybody around them. Since, they are special in every possible way, it goes without saying that their names should be unique and special too.

All the parents in the world wish for a beautiful name for their kid. It should have some significant meaning, it should sound good to the ears and be a dintinct and pretty identity for their little one. Here we have 10 television celeb couples, who chose some hatke names for their little bundles of joy. Check them out for some inspiration.

Hiten Tejwani Proves, Women Are Not Maids, Mops The Floor, Helping Wife, Gauri As She Records Him

Recommended Read: 9 TV Actors Who Are Redefining Fatherhood With Their Cute Gestures For Their Kids 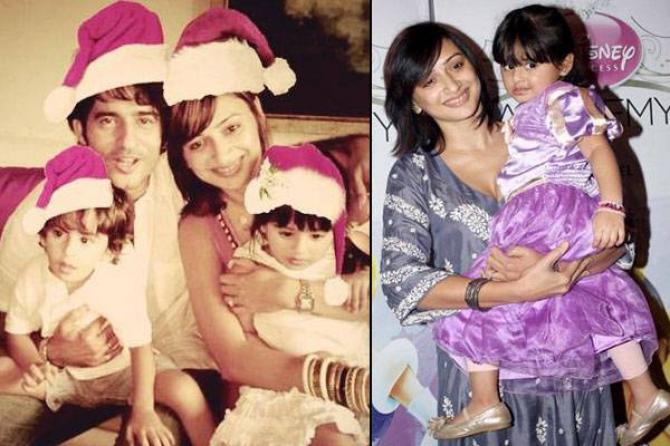 The adorable couple, Gauri and Hiten Tejwani cannot help gushing about their twins Nevaan and Katya at any chance they get. The happy duo who got hitched in 2004, was blessed with their adorable twins on November 11, 2009. They gave very special names to their two kids. Their son is called ‘Nevaan’, which means ‘holy’ and their daughter’s name is ‘Katya’ which translates to ‘pure’ in Russian language.

Must Read: 5 Famous Bollywood Actresses Who Chose To Tie The Knot At An Early Age 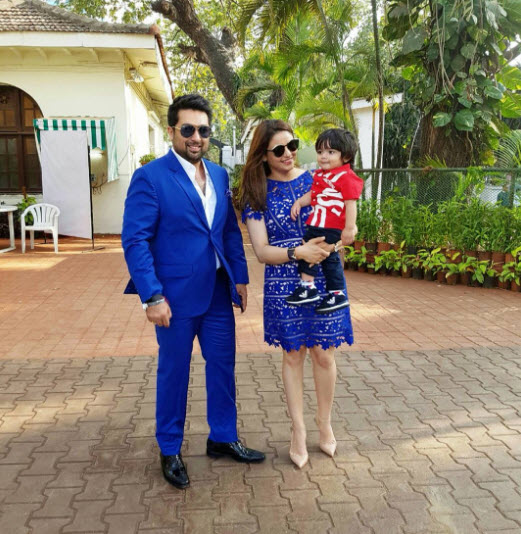 The gorgeous actress got married to film producer Amit Kapoor on December 27, 2013. The couple was then blessed with a baby boy on September 14, 2015. They named the little one ‘Arain’. It is a name of Indian origin and means ‘a godly person’. 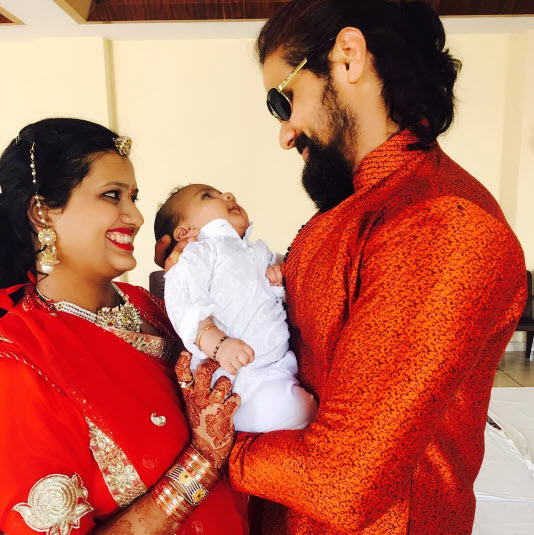 The angry young man of Indian television, Arpit Ranka, famously known for portraying the role of Nand in Chandra Nandni, got married to the love of his life, Nidhi, in 2012. On September 27, 2016, they were blessed with a baby boy. They decided to name him Arnidh, which is a beautiful amalgamation of their own names. Unique, isn’t it?

Just like Arpit and Nidhi, here are some more famous TV and Bollywood celebs whose kids' names are a mixture of their own names. 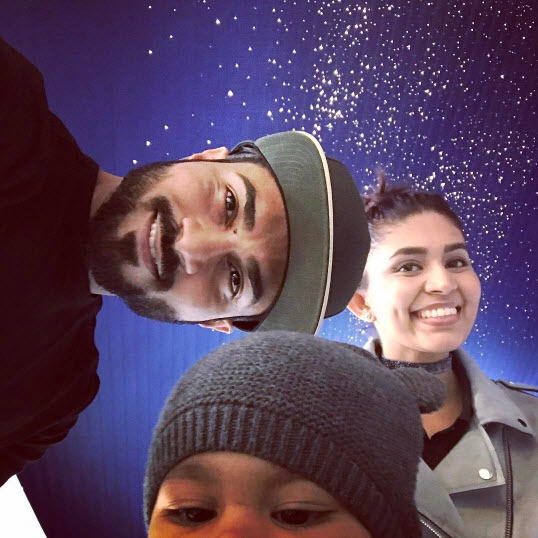 Salman and Faiza have a true-blue filmy love story. They started dating in the year 2000 while they were schoolmates, and went on to become soulmates forever when they tied the knot more than a decade later. Their baby boy arrived in March, 2016. Salman and Faiza have named their newborn son Hamdan, which means 'the chosen one' in English and 'tarif' in Urdu. The young actor with a certain boyish charm, Romit Raj, is a known face on Indian television. He became famous with his role in Adaalat. And, it might come as a surprise to many, but he is a doting dad to his beautiful daughter, ‘Reha’. He and his wife Tina decided to name their princess Reha, which means ‘star’ in Arabic. 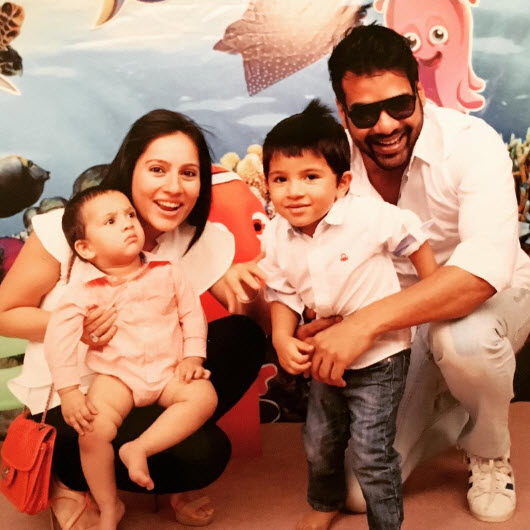 Kanchi and Shabir are a very adorable set of parents. They have been blessed with two adorable munchkins. The cool parents have put in a lot of effort in naming their little ones. The elder son who came into this world on July 24, 2014 has been named ‘Azai’. The name is of Hebrew origin and it means ‘strength’. 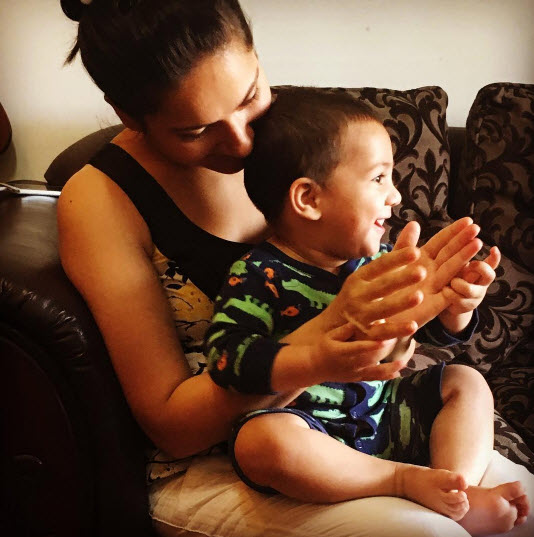 The younger kiddo was born on February 18, 2016 and he has a name equally special as his big brother. He is named ‘Ivarr’, which is a name of Scandinavian decsent and means ‘bow warrior’.

Do Check Out: 14 Famous Television Couples And Their Oh-So-Cute Star Kids 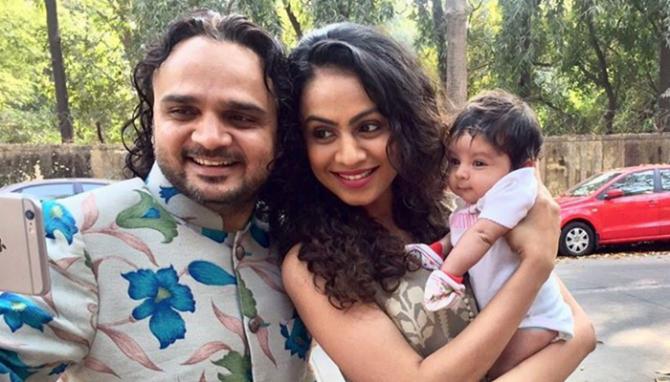 The bubbly actress and the famous playback singer got hitched in the year 2008 in a hush-hush ceremony. After almost eight years of their wedding, Manasi and Parthiv became proud parents to a baby girl on November 28, 2016. They decided to name their girl ‘Nirvi’. It is a name of Indian origin and means ‘bliss’. This celeb couple who got married in 2004 was blessed with a baby girl eight years after their marriage, on May 11, 2012. Shweta and Manav named their princess with a name, which we are sure you have never heard of before. She is named ‘Zahra Tabeetha’. Zahra is an African-Egyptian name which means 'flower blossom' while Tabeetha in Greek means 'beautiful and graceful'. Together, it means a ‘beautiful and graceful flower’. Now, this is what we call a unique name.

Must Read: 5 Bollywood And TV Celebs Who Did Fun And Unique Things At Their Wedding 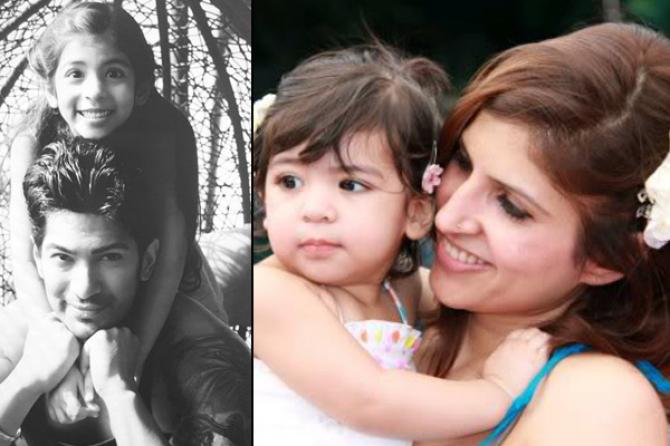 Famous television actor who was last seen on Yeh Hai Mohabbatein might play varied roles in his shows, but in real life, he is a doting father. He and his doctor wife Ruby were blessed with a little munchkin on June 30, 2010. They named her ‘Jiyana’ which means ‘God is gracious’ and ‘strength’. 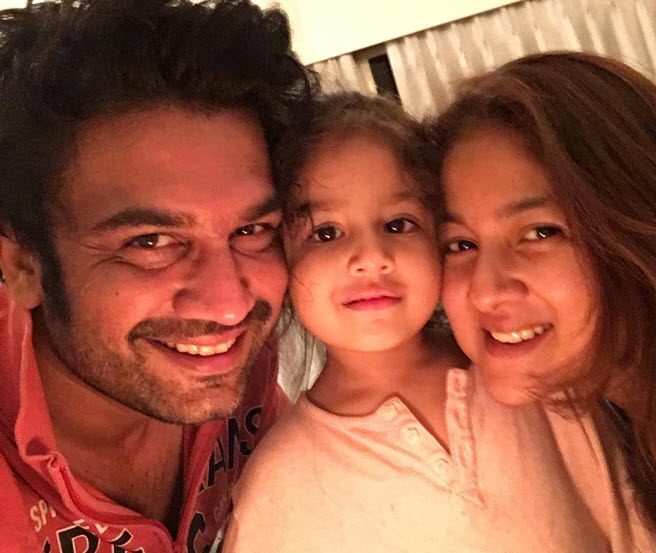 Sharad and Keerti are a very cute couple and also doting parents to their little girl. This celeb couple also had a very unique name for their little princess who was born on February 7, 2014. They named her ‘Kesha’ which has many different meanings in different languages. The Hindu meaning of the name is ‘immense joy’. In African origin it means ‘favourite’ and in Russian it means ‘innocent’. All the meanings of this name are so beautiful, aren’t they?

Shakespeare famously said that what is in a name. But, after going through the beautiful and hatke names of these celeb kids, we are convinced that there is actually a lot of significance behind a name. It stays with us throughout our lives, and thus it should be nothing but special.