It seems that love is in the air for our showbiz world and not just this, but a lifetime of commitment too. One after the other, celebs are taking the plunge and entering into a lifetime of togetherness. One amongst many celeb couples is Sasural Genda Phool fame Ridheema Tiwari and her actor-boyfriend (now husband), Jaskaran Singh Gandhi. (Don't Miss: Nita Ambani's Dance Performance At Akash And Shloka's Pre-Engagement Party Is Graceful) 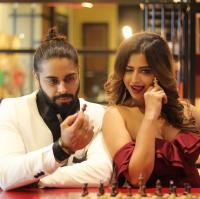 Initially, Ridheema and Jaskaran were tight-lipped about their relationship, but in February 2018, they opened up about it and made it official. Ridheema took to her Instagram and posted two beautiful pictures of her and Jaskaran. Announcing their relationship in the caption, she wrote, “To love and win is the best thing. To love and lose, the next best." @jaskarangandhi. With u I don't fear at all...with u all my victories become possible!!!!” The other reads, “Me & Mine. I can conquer the world easily as long as your hand is holding mine. Jaskarangandhi.” 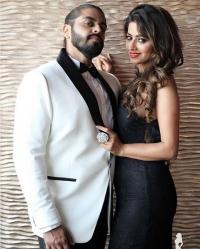 After so many speculations and conjectures, Jaskaran and Ridheema walked down the aisle secretly on June 28, 2018. Yes, the couple is already married and have been pronounced as husband and wife. Ridheema and Jaskaran had a Sikh wedding ceremony, which was done as per the right and rituals of Anand Karaj.

The pretty bride looked like an angel in a light pink and beige-coloured lehenga, which she teamed up with heavy jewellery. And how can we miss the lovely and unique red chooda of hers that added grace to the overall look. On the other hand, the groom Jaskaran complemented the bride perfectly in a light pink silk sherwani and pink turban. The lovely couple themselves announce their wedding news. Jaskaran shared a picture from their wedding and wrote, “Dear Mrs. I found my home in u.so its true haaa? Ur mine I love the way u lead me in this pic.” The same snap was then reposted by Ridhi Tiwari and she wrote, “Dear Husband, I love u more Us is truly beautiful.” Here’s the picture:

In an interview with the Times of India, the elated bridegroom told, “We have always wanted to get married, but never expected it to happen so fast. Actually, I wanted to concentrate on my restaurant business for some more time. However, a month back, Ridheema brought up the topic of marriage and we both felt that this would be the right time. She does not have too many projects on hand and so, we will get quality time together after marriage. Having said that, I didn’t take Ridheema seriously, initially. It was only when she started the preparations that the reality started sinking in. She handled all the arrangements, including my outfit and accessories, alone.” (You May Also Like: Isha Ambani Welcomes Her 'Bhai' Akash And 'Bhabhi' Shloka At Their Pre-Engagement Bash, Video Inside)

On the other hand, Ridheema experienced pre-wedding jitters and was quoted as saying, “I was anxious like any bride would be. However, I am happy that I am married to the man I love. We always wanted a low-key wedding.” She also shared that though the wedding was fully planned, rain played spoilsport on her wedding day and they had to wait for a few hours for the Anand Karaj due to heavy downpour. 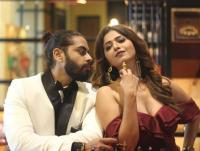 In the interview, when Jaskaran was asked the reason of applying mehendi on his hands, he said, “I feel that both partners are equal, and they should complement each other in everything. Since she applied the mehndi for me, I thought that it would be sweet to reciprocate the gesture.” The Ghulam actress also talked about their honeymoon and said, “Honeymoon can happen later. We are happy that we are married and have started a new chapter in our lives.” (Do Check: Rubina Dilaik And Abhinav Shukla's Passionate Kiss After Taking The 7 Secret Vows, Videos Inside!) 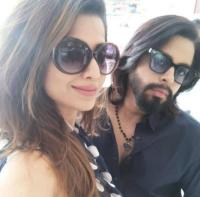 Earlier this year when there were rumours about Ridheema and Jaskaran’s marriage, a report in SpotboyE claimed, “The last-minute decision is taken by them as Jaskaran, who is also an actor, is trying to get into some other business of mobile restaurants and settle that first.” 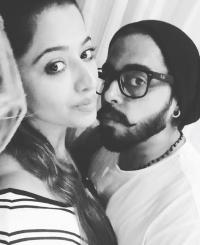 For the ones who don’t know, Ridheema and Jaskaran met on the sets of Do Dil Ek Jaan and became friends with each other, which eventually turned to a fairytale love chronicle. Also, to tell you all, this is the second marriage for both Ridheema and Jaskaran. Jaskaran was earlier married to a girl named, Ashwini, with whom he got legally separated in the year 2017. On the other hand, Ridheema was earlier married to a guy from the corporate world for five long years. (Also Read: 'Bhabhi' Shloka Mehta And 'Nanad' Isha Ambani Twinning For The Mehendi Ceremony In 'Mogra Dupattas') 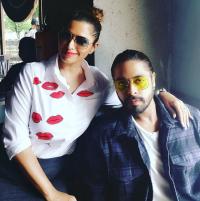 Talking about her divorce, she once said, “When two people get married, they vow to help each other grow mentally, emotionally and even professionally. Everything falls apart when these promises are taken for granted. I decided to end my marriage after a lot of pondering. I am not someone who wouldn’t adjust with or understand my partner. Family comes first for me and that’s how I expect to be treated as well.” 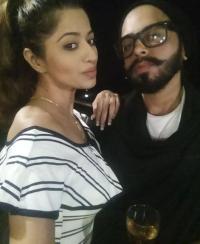 And in another interview, she said, “I felt lighter post my divorce; it was as if a huge weight had been lifted off my shoulders. I was hanging in balance before that. I still believe in marriage and can give everything to make it work, provided my partner does the same.”

Well, we wish all the love and happiness to the newly-weds, Ridheema Tiwari and Jaskaran Singh Gandhi on entering this beautiful phase of life.