Celebrations are going on in the Ambani house, Antilia, in Mumbai. Mukesh Ambani and Nita Ambani’s elder son, Akash Ambani is all set to get officially engaged to his ladylove, Shloka Mehta in a grand ceremony on June 30, 2018. As this engagement is going to be one of its kind, the Ambanis hosted a pre-engagement mehendi party for their high-profile guests. Have you ever heard about a mehendi ceremony before an engagement ceremony? Well, they are Ambanis and they do everything, extraordinarily! (Also Checkout: 8 Gorgeous Nanad-Bhabhi Jodis Of Television Who Are Like Sisters From Different Mothers) 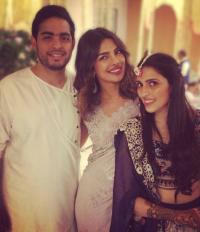 Both the Ambani twins, Akash and Isha are getting married to their respective spouses by the end of this year and we can’t wait to be a part of both the weddings, digitally. Akash is tying the knot with his school-sweetheart, Shloka who happens to be the daughter of a diamantaire. And, Isha is getting married to a businessman, Anand Parimal. (Take a look at: At Isha's Engagement, Kokilaben Shares A Sweet Thing That Late Dhirubhai Ambani Used To Do For Isha) 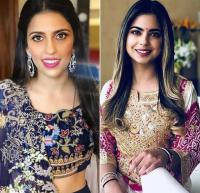 It was sometime back that we shared a few pictures of Shloka and Isha bonding on the mehendi ceremony, flaunting their designer lehengas. And, how can we miss, desi girl, Priyanka Chopra arriving with her alleged beau, Nick Jonas for the party! Yesterday's pre-engagement party was surely the talk of the town. (Check Out: Nita Ambani And Isha Ambani Welcomed Shloka Mehta Into The Ambani Family In A Special Manner) 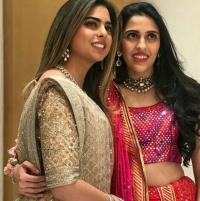 Now, we have got our hands on a new picture from yesterday’s party and we can’t stop drooling over it. We all know that Shloka and Isha, the nanad-bhabhi jodi are very close friends and share a great equation. Well, at the mehendi function yesterday, the very gorgeous ‘nanad and bhabhi’ were twinning in their floral jewellery and floral dupattas. Take a look at the picture! 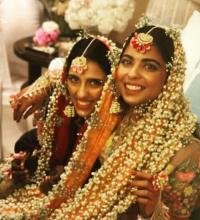 Aren’t both the brides to be looking super-gorgeous, dressed in jasmine flower dupattas and mogra jewellery? The beautiful picture of Shloka and Isha was shared by none other than Priyanka Chopra. Shloka is wearing a blue and beige Anamika Khanna lehenga, whereas, Isha is glowing in a beige and pink lehenga. Both the ladies had their hands clad in mehendi. (Also Read: Shweta Tripathi And Fiance Chaitnya Are Having A Gala Time At Their Pre-Wedding Bash, Videos Inside) 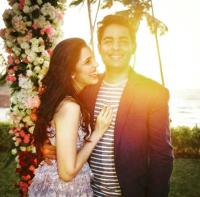 Akash officially proposed Shloka on March 24, 2018, in the presence of their families and since then, netizens are going crazy about them. After their much-discussed proposal, Ambanis threw a star-studded party for Akash and their nayi bahu, Shloka on March 26. A few weeks ago, we shared the invites for Akash and Shloka’s engagement with you all and we also shared how Nita and her younger son, Anant visited Siddhivinayak Temple to give the first invite to the God and seek blessings for the couple. 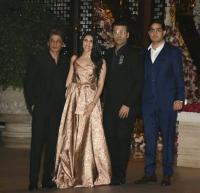 If reports in the Filmfare are to be believed then, Bollywood superstar and close family friend, Shah Rukh Khan is going to host and perform at the engagement ceremony of Akash and Shloka, on Saturday, at Antilia. The big-wigs of Bollywood, politics, business world and sports world are expected to be a part of the grand engagement ceremony. (Also Checkout: 10 Gorgeous Nanad-Bhabhi Jodis Of Bollywood Who Share A 'Khatta-Meetha' Relation With Each Other) 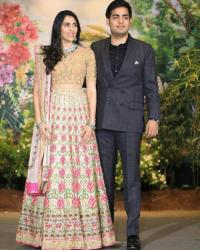 In one of the interviews, the nayi bahu of Ambanis shared something incredible about her to-be-hubby. Shloka said, “Despite years and busy schedules, we have always found ways to stay connected. Akash is incredibly grounded, and we share a bond based on meaning and memories. We don't just get along - we also support each other's hopes and aspirations and are determined to build a sense of purpose into our lives together. We are lucky to have a love that began with being best friends and luckier still to have such supportive families”.

We can’t wait to see the engagement ring that Akash is going to put on Shloka’s finger on their engagement ceremony! 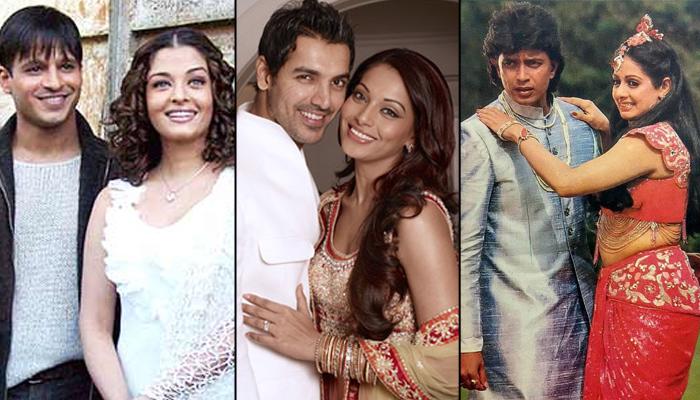