Khushi Kapoor celebrated her 21st birthday on November 5, 2021. However, her sister, Janhvi Kapoor stole all the limelight as she shared a picture with her ex, Akshat Rajan.

Late actress, Sridevi and Boney Kapoor’s daughters, Khushi Kapoor and Janhvi Kapoor, despite being private star kids, are under the constant media spotlight. The gorgeous girls make heads turn wherever they go. Moreover, they have a huge fanbase on their social media handles and they get a lot of attention from them. As for Janhvi Kapoor, she often hit the headlines as she is spotted with her ex-boyfriend, Akshat Ranjan.

Akshat Ranjan has always been very close to Janhvi and her family and is often seen with them at movie screenings, dinner outings, family functions. Knowing each other for quite some time now, their relationship eventually progressed and the rumours say that Janhvi and Akshat are dating. And now, the handsome hunk was spotted at Khushi Kapoor's birthday bash and the pictures are doing rounds on the internet.

Khushi Kapoor Flaunts Her Mid-Riff In A Crop Top, Janhvi's Comment Is Everything About Sisterhood

Recommended read: Virat Kohli Celebrates His 33rd Birthday With Family, Says 'Anushka And Vamika Are Enough For Me' 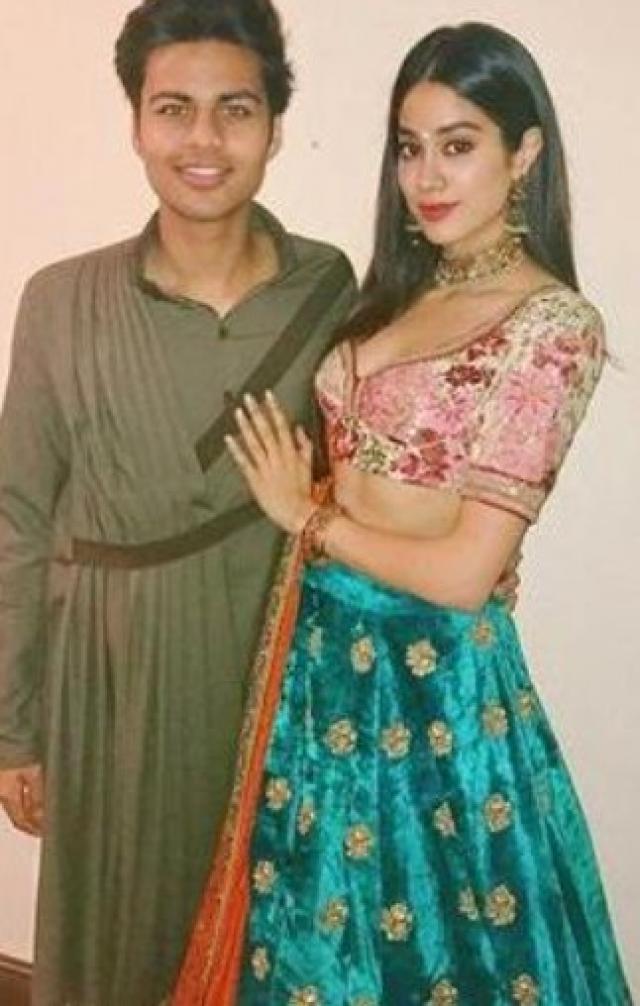 On November 6, 2021, Janhvi Kapoor took to her Instagram handle and shared a set of pictures from her sister, Khushi Kapoor's birthday bash. However, what took our attention was the sizzling picture of Janhvi Kapoor with her rumoured ex, Akshat Ranjan, and we can't stop gushing over it. Along with the pictures, Janhvi wrote:

In one of the pictures, we can see Akshat with his arms wrapped around his alleged ladylove, Janhvi. While the other one featured Janhvi flaunting her perfectly-toned physique as she posed cosily with her sister, Khushi and ex-boyfriend, Akshat. Both Khushi and Janhvi twinned in pink and served style goals as they posed their hearts out. While Khushi chose a body-hugging baby pink dress, Janhvi rocked a mini dress in a darker pink shade. And while Khushi flaunted soft wavy hair, Janhvi tied her hair in a neat ponytail with a middle parting. On the other hand, Akshat Ranjan looked dapper in an orange shirt paired with ripped white jeans.

A few days ago, on September 15, 2021, Janhvi Kapoor had taken to her IG stories and had dropped an adorable picture with her close friend, Akshat Rajan and had wished him on his birthday. Professing her love for him, Janhvi had written a sweet note that could be read as

"Happy Birthday to the world's best human, I love you @akshatrajan" atop the picture.

Also read: Himani Shivpuri Recalls The Tragic Incident She Faced During The Shoot Of The Film, 'DDLJ' In the lovely picture, Janhvi Kapoor had looked gorgeous in a white shirt and could be seen leaning on her rumoured boyfriend, Akshat's shoulder while holding his hand. Janhvi Kapoor's sister, Khushi Kapoor too had wished Akshat by posting some of their goofiest pictures on her IG story, atop which she had written a cute note in which she called him the 'best'. Her note could be read as "Happy birthday to the best @akshatrajan." 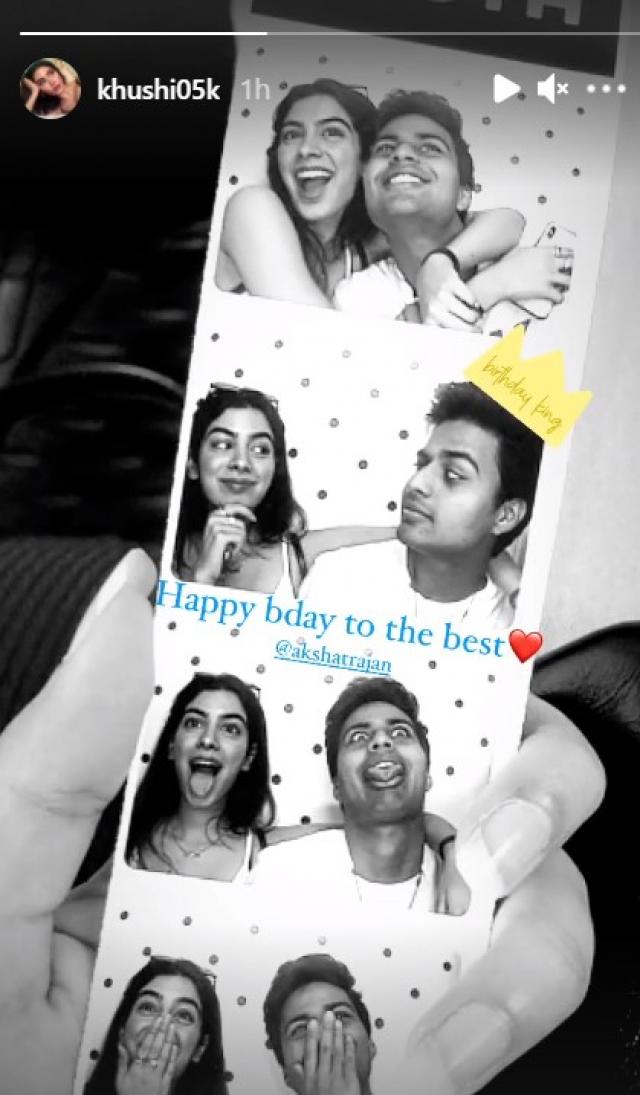 Rumours of Janhvi Kapoor and Akshat Ranjan’s relationship had come into limelight when on her birthday on March 6, 2018, Akshat had posted a beautiful picture of them where they were all decked up with skyscrapers in the background. He had captioned the picture as “happy birthday” followed with a heart emoji. To which the Ghost Stories star had replied with an “ily” comment which is an abbreviation of ‘I Love You’. 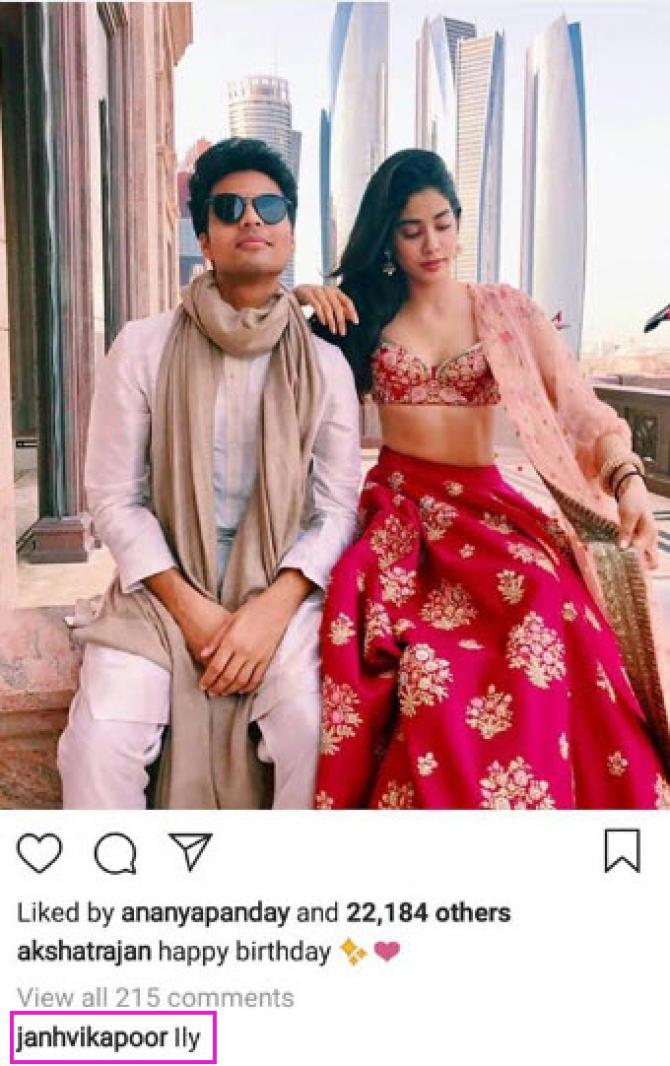 In an interview with the Famously Filmfare, Janhvi Kapoor had talked about the rumours of her and Akshat Ranjan’s dating and had said, “The rumour mongers have also said that I am dating my childhood best friend called Akshat, who’s so scared to hang out with me now because he is too scared that we will be papped together. So that day, he came home for dad’s birthday and there were paps downstairs at Arjun bhaiyya‘s house, and he was hiding in a khopcha, put on a hoodie and all, and left. I was like, it’s okay." Aren't Janhvi Kapoor and Akshat Rajan looking adorable? What do you think? 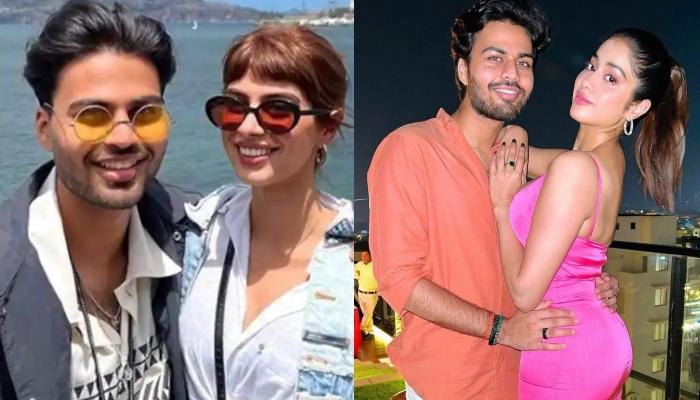 Late actress, Sridevi and Boney Kapoor’s daughters, Khushi Kapoor and Janhvi Kapoor, prefer to keep their private lives under the wraps. However, despite being private star kids, the sibling duo is always under constant media spotlight. Janhvi and Khushi are fashionistas, and the stylish duo makes heads turn wherever they