Janhvi Kapoor sipping coconut water in this viral video from her school days reminds us of our childhood days in the purest manner. Take a look! 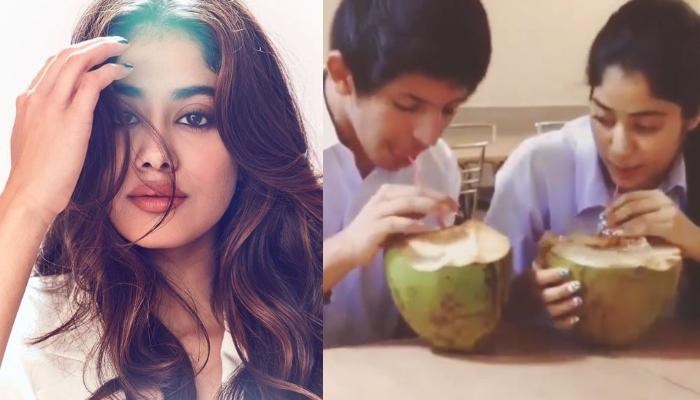 There are a lot of quotes and sayings on the internet about the most beautiful phase of our lives, Childhood. No matter how great jobs we have in our hands or how many bucks we have in our pockets, we will never be able to find the peace we had in our childhood days. That is the reason why, when someone pulls a page out of that beautiful diary of our carefree days, we simply can not resist ourselves from letting our hearts go on a short nostalgia trip of emotions. Well, the trend of sharing throwback pictures and videos is getting a lot of backing from the people and celebrities on social media platforms in recent years. (Recommended Read: Krutika Desai Of Shakti- Astitva Ke Ehsaas Ki, Married Sholay Fame Amjad Khan's Brother, Imtiaz Khan)

From veteran superstars such as Amitabh Bachchan to Bollywood's young stars such as Ishaan Khattar and others. Everyone loves sharing and remembering the good golden old days of their childhood. And something similar can be seen in a recent viral video of Bollywood’s young talented actress, Janhvi Kapoor. In the cute video, we can see the actress sipping coconut water with her friend in a classroom and it reminds us of our time when we were young and free.

On March 17, 2020, a video of Janhvi Kapoor's school days with one of her friends went viral on the Internet. In the video, we can spot the Dhadak actress making noises while sipping the coconut water along with her friend, who seems to be like teasing her. In the adorable throwback video shared by one of her fan pages on Instagram, it’s amazing to see how gorgeous she’s looking even in her simple school uniform. Well, we shouldn’t forget the fact that she’s the daughter of one of the most gorgeous actresses in the history of Bollywood, Sridevi and it's like beauty runs in her blood. Take a look. (Don't Miss: Karisma Kapoor Hilariously Reveals She Isn't Her Kids' Favorite Actress As They Like Their Aunt More)

Isn’t she looking cute and beautiful? Well, this isn’t the first time when we are witnessing the adorable pictures of Janhvi Kapoor from her past. For instance, let’s talk about her last birthday on March 6, 2019, when the entire Kapoor family had shared tons of throwback pictures of the actress on their respective Instagram handles. However, it was Sanjay Kapoor’s wife, Maheep Kapoor, who had taken the limelight with the adorable unseen pictures of Janhvi Kapoor from her childhood days with her daughter, Shanaya Kapoor on her Instagram handle. Along with cute snaps, Maheep had written a caption that can be read as “Happy birthday my darling @janhvikapoor #WishYouThBestAlways #ShineBright.” Take a look.

No wonder the pictures are extremely beautiful and it’s always a pleasure to walk down the memory lane of this gorgeous actress of the B-Town. Well, everyone knows this that Janhvi has a very bubbly attitude and always speaks her heart out in interviews, without caring about the questions. A perfect example of this is when in an interview with the Brides Today, she was asked where she would like to get married, the Dhadak actress had replied, "I remember when I went to Florence, which was a few years ago, I said that I want to get married there. It's still Florence.” Further, explaining what she would like to wear on her D-day, Janhvi went on to add, “I want to get married in a Kanjeevaram sari with all gold zari."

In fact, in a throwback interview, the late actress and Janhvi’s mother, Sridevi had said that she would be happy to see her daughter getting married. She had explained, “She wanted to do the film and initially, I wasn’t in favour. I don’t think it’s a bad industry. I am a creation of this world. But, as a parent, it would give me greater joy to see her married. But her happiness matters more, and if she does well as an actress, I will be a proud mother.”

The actress is extremely close to her parents and in an interview with the Vogue Magazine, Janhvi had shared how she wants her parents to be proud of her, the budding actress was quoted as saying, "I am so proud of my parents. I need to make them as proud of me. That has always been my motivation. I want mine to be ‘the debut’. But it comes from an honest and sincere place. Mum always told me, it’s not about the kind of role or movie you do; you need to make an impression- that’s an actor’s job. She never encouraged jealousy or frustration. We’re capable of being happy for others." (Also Read: Unseen Picture Of Taimur Ali Khan Resting In His Crib Is A Priceless 'Hidden' Gem Posted By Kareena)

Do you also love making noises while sipping coconut water? Let us know! 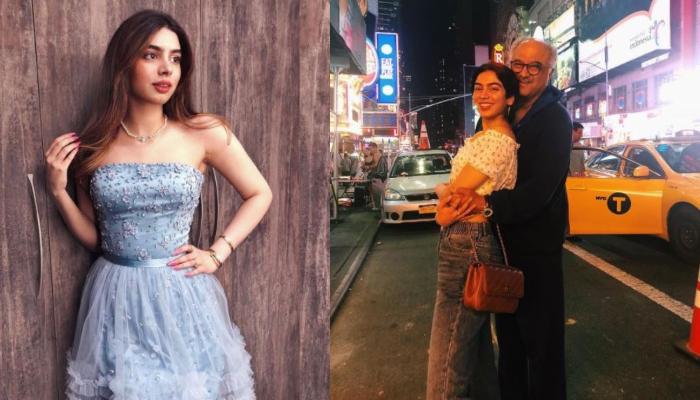 One of the finest actresses and dancers in the history of Indian cinema, Sridevi had passed away on February 25, 2018, in Dubai and her demise had created a huge void in the lives of her husband, Boney Kapoor and daughters, Janhvi Kapoor and Khushi Kapoor. Since her demise, we