Janhvi Kapoor Is Reunited With Ex-Beau, Shikhar Pahariya, The Couple Is Once Again Dating Each Other

According to a recent report, Bollywood actress, Janhvi Kapoor and Shikhar Pahariya are dating each other.

Janhvi Kapoor is one of the most prettiest actresses in the entertainment industry. The elder daughter of the veteran actress, Sridevi and the producer, Boney Kapoor has etched her name in the heart of millions. The actress made her acting debut with the film, Dhadak, in 2018. Since then, she has not looked back. Apart from her acting career, Janhvi often makes it to the headlines for her personal life, especially her love life. Off lately, rumours about Janhvi and her rumoured boyfriend, Shikhar Pahariya have been rife in the media. And now, a source close to the couple has confirmed their relationship.

According to a report in ETimes, it is mentioned that Janhvi Kapoor is once again dating her ex-boyfriend, Shikhar Pahariya. The report stated that a source close to the lovebirds revealed that they have patched up and are now in a relationship again. The source further mentioned that the much-in-love couple started talking to each other a few months ago and decided to give their relationship a chance. And it was only in the last week when Janhvi and Shikhar decided to get back together. For the unversed, Janhvi and Shikhar were in a relationship even before she made her acting debut with the film, Dhadak. However, they broke up after the release of the film. On December 29, 2022, Mukesh Ambani and Nita Ambani's younger lad, Anant Ambani got engaged to his long-time girlfriend, Radhika Merchant. And to celebrate the special day, the Ambani family had hosted a lavish party which was attended by several celebrities from B-town. From among the guest list, we spotted Janhvi Kapoor gracing the celebrations with her rumoured beau, Shikhar Pahariya. For the party, the lovebirds had twinned in pink-hued ensembles. Janhvi looked pretty in a bright pink sequinned saree paired with a matching strappy blouse. Her beau had donned a light-pink-hued kurta paired with a white pyjama. 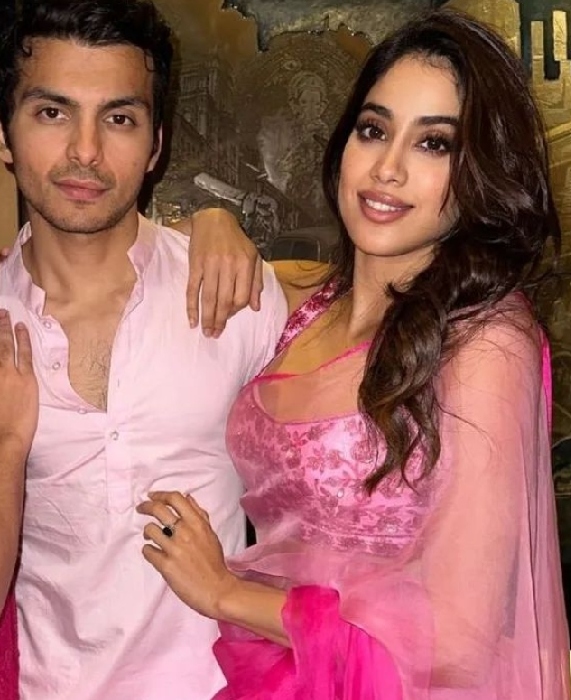 Janhvi attended a fashion show with her rumoured beau, Shikhar

Since the past few months, Janhvi and Shikhar have been spotted together on several occasions. For instance, on December 17, 2022, Janhvi had attended a fashion show in Delhi. However, it was the presence of her rumoured boyfriend, Shikhar Pahariya, that caught our attention. The actress attended the event with Shikhar, and the rumoured lovebirds looked absolutely adorable together. For the fashion show, Janhvi donned a beautiful beige-coloured bodycon dress paired with a similar-coloured oversized blazer. On the other hand, Shikhar complemented her in a black-hued T-shirt and pants and paired it with a sequinned work blazer.

You May Like: Gauahar Khan Is Five Months Pregnant, Mom-To-Be Is Expecting Her Baby In The Month Of April 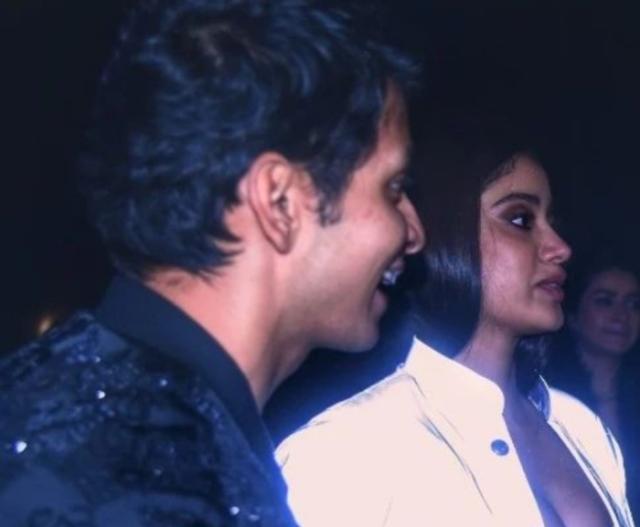 On December 26, 2022, Anil Kapoor had hosted a grand party at his residence for his friends and family on the occasion of his birthday. Many known faces from the industry attended the party. However, this star-studded evening grabbed even more eyeballs when ace director-producer, Boney Kapoor was seen posing for the paparazzi while keeping an arm around his daughter, Janhvi Kapoor’s rumoured beau, Shikhar Pahariya. While not just did they pose with each other, but we could not help but notice Shikhar blushing a lot while standing with Boney Kapoor. 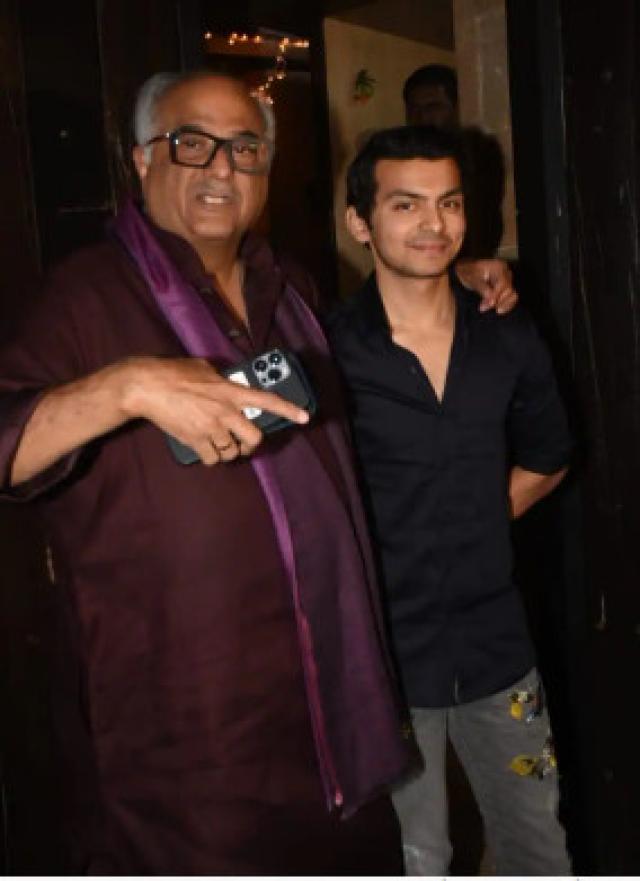 Well, we can't wait for Janhvi and Shikhar to announce their relationship officially.

Next Read: Devoleena Bhattacharjee Got Married To Gym Trainer, Shanwaz Shaikh And Not Her Co-Star Vishal Singh Bollywood actress, Janhvi Kapoor is the daughter of veteran actress, Sridevi, and her producer-husband, Boney Kapoor. The stunning diva followed in her mother's footsteps and marked her name in the Hindi film industry. Time and again, we have witnessed Janhvi leaving everyone's jaws dropped with her unique fashion statements and style game. Well, this