Sania Mirza posted an Insta story, wherein she gave a sneak peek of her one-year-old son, Izhaan Mirza Malik preparing for the wedding of his 'khaala', Anam Mirza and Mohammad Asaduddin.

The wedding season is here! But the wedding preparations must have begun in the households from the past few months. Not only for the bride and groom but their families too, the wedding is the toughest exam they’ll face in their lives. From the wedding shopping to planning, from card distributions to parlour appointments, everything needs to be done from months in advance. Since December is just around the corner, the Mirza household is busy with the preparations of their youngest daughter, Anam Mirza’s wedding. (Also Read: Isha Ambani Piramal Dazzling In Floral-Strapped Choli With Zero Jewellery Will Make You Miss Spring)

It was only a while back when Sania Mirza, in an interview with The Times of India, had confirmed that her younger sister, Anam Mirza and Mohammad Asaduddin are indeed dating and will get married in December 2019. Sania had remarked, “She (Anam) is actually getting married in December. We just came back from her bachelorette trip in Paris. We are really excited. She is marrying a lovely boy. His name is Asad and he happens to be the son of Mohammad Azharuddin and we are really excited about it.” 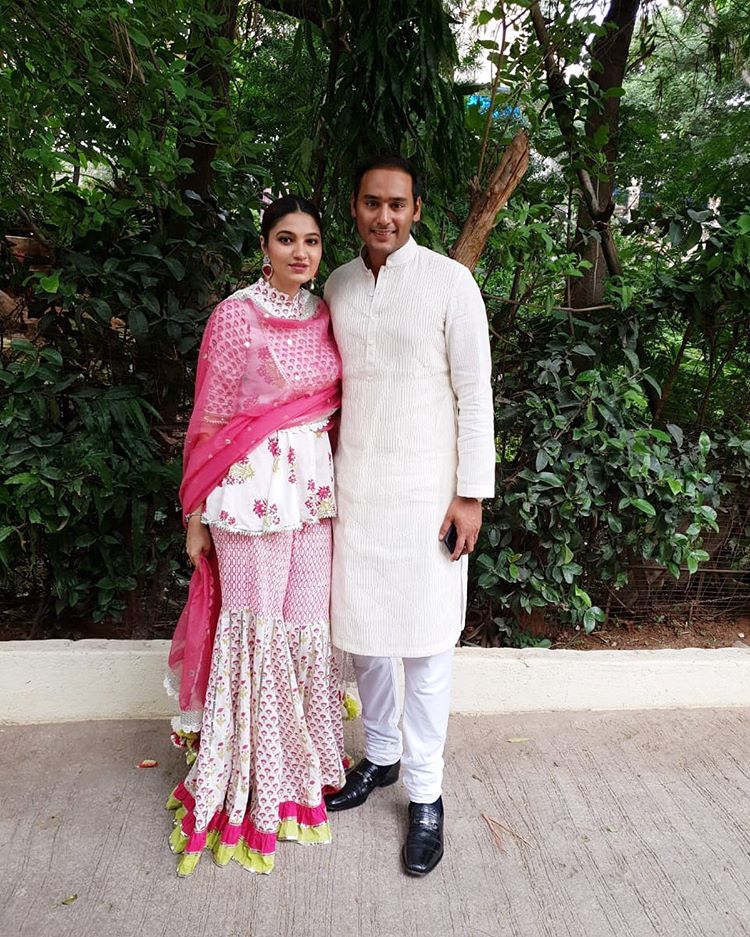 A few hours back, Sania Mirza posted an Insta story wherein she gave a sneak peek into the wedding celebrations of Anam Mirza and Mohammad Asaduddin. In her story, one-year-old Izhaan Mirza Malik could be seen surrounded by the wedding cards of his khaala. In the picture, Izhaan was seen dressed in a white-and-orange-striped t-shirt and blue pants, and Sania wrote, “@izhaan.mirzamalik Shaadi prep #AbBasAnamHi @anammirzaaa @asad_ab18” atop it. The speculations about Anam Mirza's wedding had made it to the headlines when Sania Mirza’s friend and Bollywood director, Farah Khan on September 10, 2019, had posted a picture on her social media handle with the Mirza sisters. Farah had posted a picture from their girls’ night and referred Anam as the 'bride-to-be’. Farah had captioned the image as “Pillow talk!! When the mirza sisters are in town a girls night IN is a must. bride to be @anammirzaa and @mirzasaniar pic credit:- @asad_ab18." (Also Read: Shilpa Shetty And Raj Kundra Head To Japan To Celebrate, Completes Ten Years Of Marital Bliss) 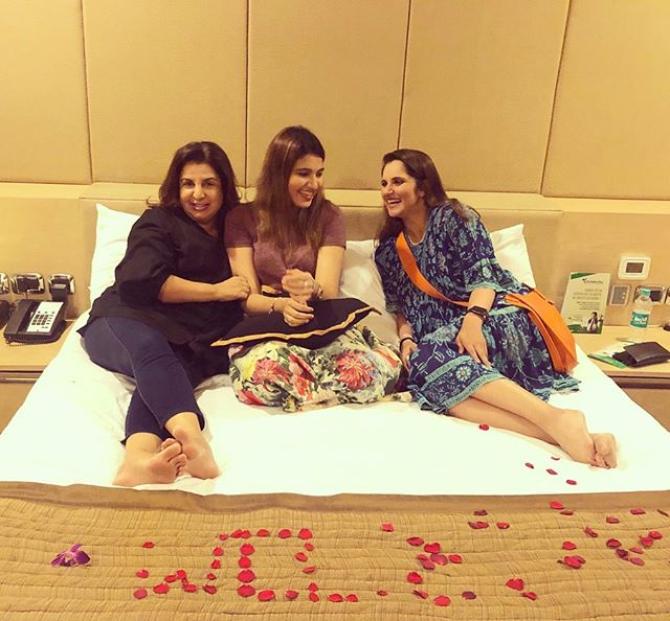 Post this, the Mirza sisters, Sania Mirza and Anam Mirza had then headed off to Paris for latter’s bachelorette bash and had the best of their time of which the social media is proof of it! Anam had enjoyed her bachelorette trip with her 'I do' crew and her ‘last fling before the ring’ was all about love and laughter. A picture shared by Anam had her wearing a bride-to-be sash, a bride crown and the pink foil balloons in the background. Here’s a glimpse of Sania and Anam with the latter’s bride-tribe from their Paris diaries: On November 15, 2019, Sania Mirza had celebrated her 33rd birthday with her sister, Anam Mirza, her soon-to-be jijaji, Mohammad Asaduddin and their close friends in Goa. Asad had taken to his Instagram to wish his Api and had written, “Found a sister in a sister-in-law. Happy Birthday, Api. You’re a perfect example of an amazing sportsperson and an even better human being.” Sania and her mother share the same birth date and Anam had wished them both by posting a family picture. She had captioned it, “Happy birthday to both my lifelines. Baba and I are constantly looking out for you both (clearly) #MyMamma #MyApi.” 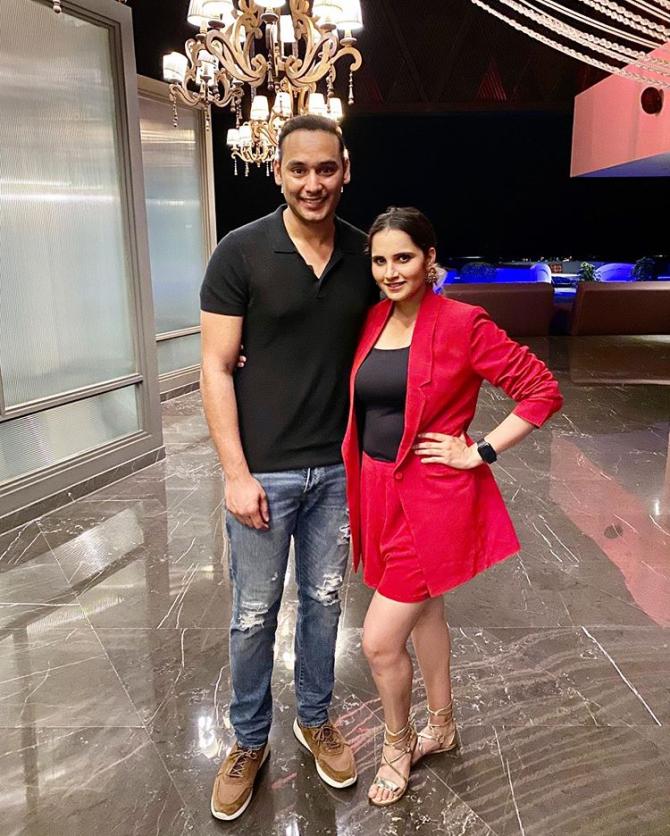 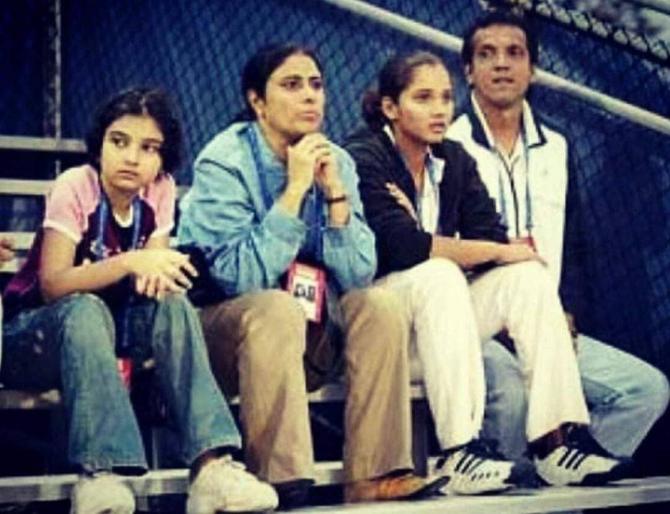 It all started when on February 24, 2019, i.e., on Anam Mirza’s birthday, her beau, Asad had taken to his Instagram handle and had posted a beautiful picture along with a wish for her. The same could be read as “Happy birthday to the most amazing person in my life.” And amidst such much-in-love pictures on social media, rumours mills churned about ‘something more than just friendship’ between Anam and Asad. 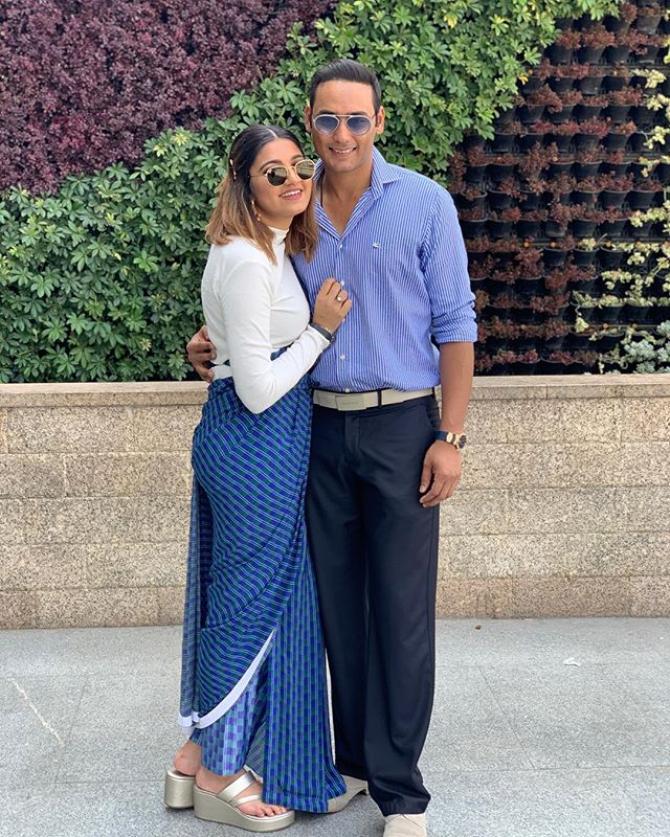 Amidst the reports of Anam Mirza and Mohammad Asaduddin’s wedding, her sister, Sania Mirza had posted a beautiful picture with her soon-to-be jija ji. Looking beautiful, a single word written by Sania as the caption had spoken a thousand words. The same could be read as “Family”, which was backed by a heart emoji. (Also Read: Shah Rukh Khan's Sweet Note For An Acid Attack Survivor For Her Wedding Proves He's A Hero By Heart) We can’t wait for the wedding pictures of Anam Mirza and Mohammad Asaduddin! If one person takes hundreds of shots from different angles to get that one Insta-worthy picture, then imagine how much effort it would take to get a perfect family portrait. The Mirza family including the seniors, Imran Mirza and Nasima Mirza, their daughters, Sania Mirza and Anam Mirza, their sons-in-law, Shoaib