Shoaib Malik and Sania Mirza are blessed with an adorable munchkin, Izhaan Mirza Malik. Recently, the doting daddy took his son on a ride in his swanky car.

Indian Tennis sensation, Sania Mirza tied the knot with Pakistani cricketer, Shoaib Malik, on April 12, 2010, and after almost 8 years of marital bliss, they were blessed with a son, Izhaan Mirza Malik, on October 30, 2018. Recently, reports were abuzz that the couple is facing some issues in their happy paradise and they are allegedly divorced. However, now Shoaib was seen enjoying some daddy-son time with his little one, Izhaan.

On December 4, 2022, Shoaib Malik took to his IG handle and shared a video with his son, Izhaan Mirza Malik. In the video, the father-son duo was seen sitting inside a swanky orange-coloured car and having an interesting conversation. The little munchkin looked cute as a button, and he was super excited to go on a ride with his dearest daddy.

Shoaib also shared two pictures of himself sitting in the driver's seat of his swanky car. He was seen dressed up in a white-hued t-shirt with a minimal print on its front side. The Pakistani cricketer flaunted his cool sunglasses as he clicked a selfie. Sharing the pictures, he penned:

"Good father son time & long drive before flying to Lanka Premier League... We had our belts on during the drive, make sure you all wear belts too..."

On the other hand, Sania Mirza was seen enjoying a night out with her darling sister, Anam Mirza. On December 4, 2022, Anam shared a series of pictures with her sister on her IG handle, in which they both were seen posing for some goofy pictures on the streets of Dubai. While Anam donned a cream-hued frock, Sania opted for a matching shirt, knitted sweater and blue denim. Alongside the pictures, she penned:

"I don’t know how people make it through life without a sister. I would never be able to."

Ever since reports about troubles in Sania and Shoaib's paradise have surfaced online, their fans are shattered. While some reports claim that the couple would soon file for a divorce, others stated that they are already divorced. According to a report in Bollywoodlife, Sania and Shoaib haven't announced their divorce publicly because of some legal issues. Moreover, the couple also has to fulfil their professional commitments together, which is also stopping them from making the announcement. For the unversed, Sania and Shoaib will be seen on the chat show, The Mirza Malik Show, together and as per the contract, they have to shoot for all the episodes before officially parting ways. We are in love with Shoaib and Izhaan's bonding with each other!

Next Read: Neha Marda Reveals If Her Pregnancy Was Planned, Records Hubby, Ayushman's Reaction To The Good News

Amid Separation Rumours, Shoaib Malik Drops A Mushy Photo With Sania Mirza To Wish Her On Her B'Day 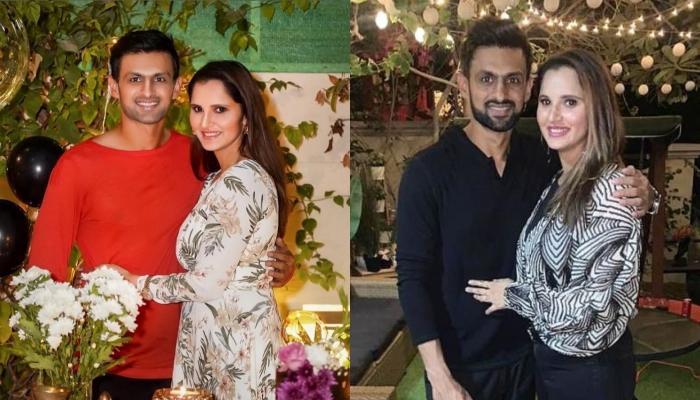 Indian Tennis sensation, Sania Mirza is a popular face worldwide as she rose to stardom when she was just a teenager. She tied the knot with Pakistani cricketer, Shoaib Malik on April 12, 2010, and started her forever journey with him. The couple is blessed with a son, Izhaan Mirza Malik.