Anam Mirza turns 26 and it was her hubby, Mohammad Asaduddin, who made sure to make it a memorable one for her. Her nephew, Izhaan Mirza Malik too, made it special with a cute wish for his 'Kooooo'.

No matter for how long you have been together or the special occasions you have celebrated with each other, the first ones post-wedding are special and they become super-special when your partner goes an extra mile to make it a memorable one. Because it is his/her first as Mr Hubby/Mrs Wifey, it got to be a memorable one. Be it making breakfast in bed for him/her, bake a cake, a personalised gift or throwing a surprise bash, birthday counts as a cherishable moment for a person especially after marriage. And the newly-wed cricketer, Asad Azharuddin made it a memorable one for his darling wife, Anam Mirza. (Also Read: Inaaya Naumi Kemmu Looks Adorable As She Helps Mommy, Soha Ali Khan Clean The House, Video Inside)

It was on December 11, 2019, when tennis star, Sania Mirza’s baby sister, Anam Mirza had said ‘Qubool Hai’ to Mohammad Asaduddin, son of Mohammad Azharuddin (Indian team's cricket former captain) in a traditional Hyderabadi nikaah ceremony in Hyderabad. But do you know how Anam and Asad decided on forever? Anam and Asad’s families have known each other for over three decades but it was years later when with the support from their parents and a little nudge from old friends, the lovebirds embarked on their ‘happily ever after’ journey. Before we throw some light on some more details on Anam and Asad’s love journey and wedding story, let us give you a glimpse of the first birthday celebration of Anam, post her wedding. On February 24, 2020, Anam Mirza turned 26 and it was her hubby, Mohammad Asaduddin, who made sure to make it a memorable one for his wife. Even the dear ones of Anam flooded her with heartfelt wishes on social media including her father, Imran Mirza, sister, Sania Mirza, nephew, Izhaan Mirza Malik and needless to mention, her hubby, Asad. Anam’s father posted a picture with her from one of her events and wrote, “Many happy returns of the day to my most amazing daughter, @anammirzaaa.” Sania went down the memory lane and posted a throwback picture from Anam’s bachelorette in Paris. Along with it, she wrote, “Happy birthday to my best friend, my sister, the baby of the family forever ... sometimes even smaller than Izhaan. I love you through thick and thin...” To which, Anam replied, “I miss you” followed by an array of hearts. 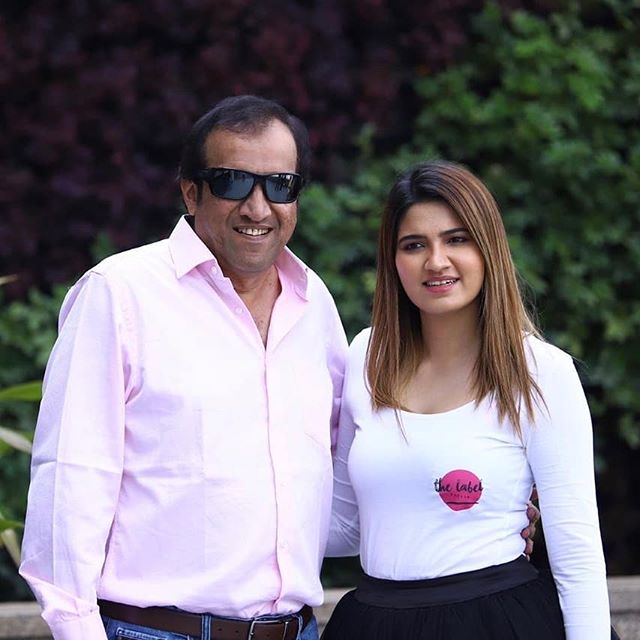 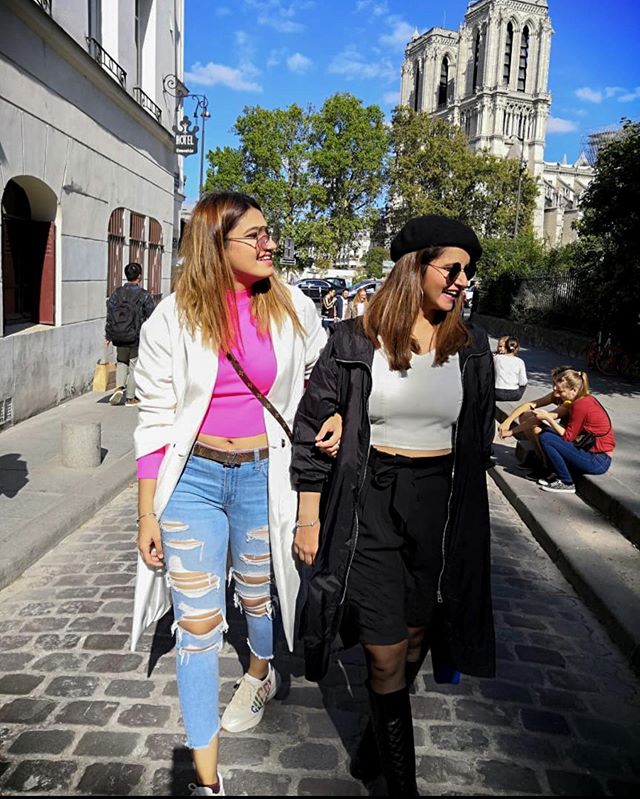 Mohammad Asaduddin shared a goofy selfie with the birthday girl and captioned it, “Happy birthday my beautiful wife. Love you.” Anam Mirza commented on his post with an array of heart emoticons. Needless to say, it was the little one Izhaan Mirza Malik’s birthday wish for his ‘Kooooo’ that stole the limelight. With a picture from Anam’s pre-wedding bash, Izhaan’s birthday wish for his khaala could be read as “Happy birthday day Kooooo... I love you and you are the best. Oh and keep feeding me chocolates and cake when amma is not watching then I may love you more... ok bye.” To which, Anam replied, “I miss you soooooo much.” Anam celebrated her birthday with her hubby, Asad and their friends and the birthday girl had cut three cakes. Here are the glimpses of the same: 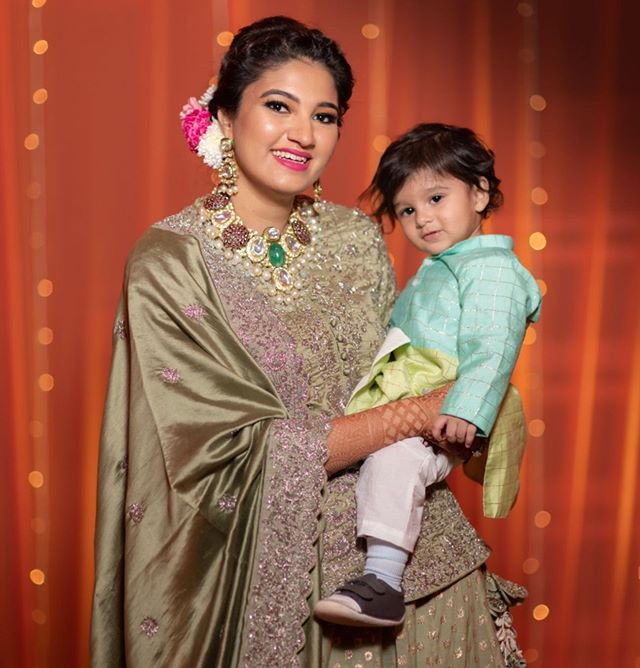 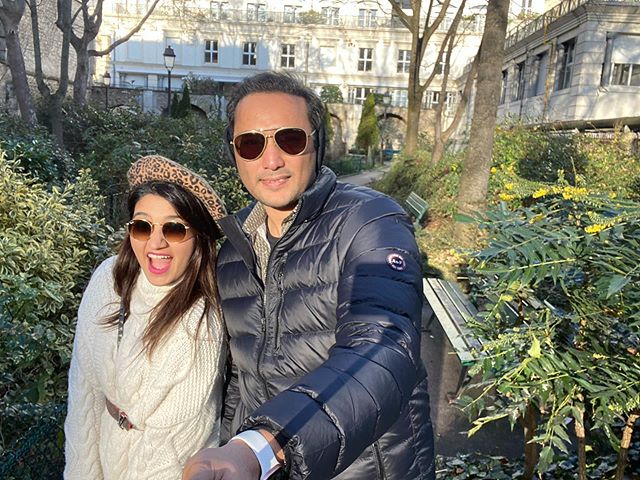 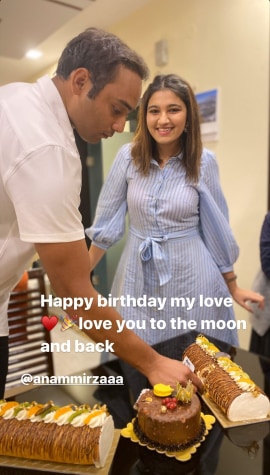 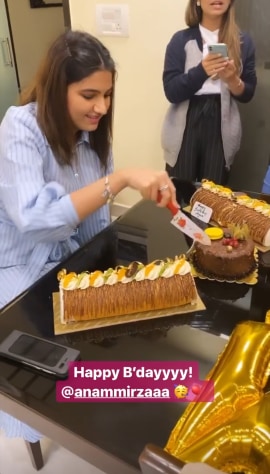 In an interview with the Vogue, Anam Mirza had thrown some light on her love story and wedding with Mohammad Asaduddin. Before Anam, who owns an ad agency and an events company, started dating Asad, a cricketer and a real estate developer, their respective families had fallen in love with them. Anam had elaborated, “Before we even officially started dating, we happened to meet each other’s parents. My folks instantly fell in love with Asad, and same was the case with his family. It’s ironic; everyone around us always knew that we would make the perfect couple. And it turned out to be true. After just a month of getting to know each other, we were sure we wanted to get married.” (Also Read: Sushmita Sen Appreciates Her Daughter, Alisah Sen For Her Pronunciation In This Unmissable Video) 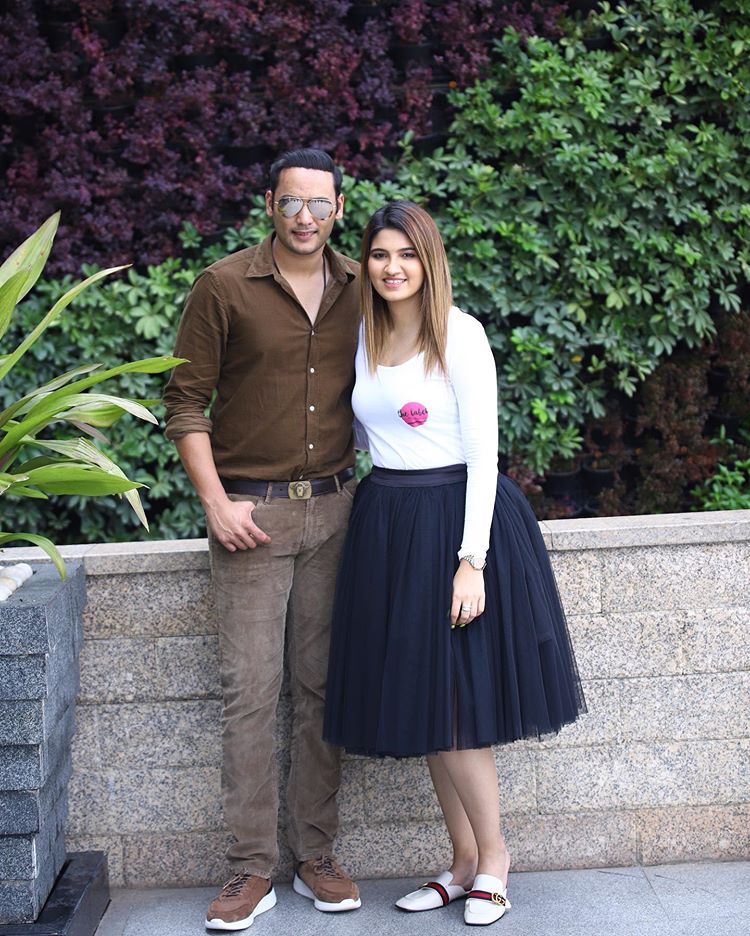 How Mohammad Asaduddin had supported Anam Mirza in every decision she had made for the wedding planning, the bride had retorted, “Asad gave me free rein with the wedding planning, though he was very supportive through it all, as were our families and friends. Everything went very smoothly since we had enough time on our hands. Like most Hyderabadi wedding celebrations, it turned out to be a lavish one. For the nikaah alone, we had 500 guests, while at the reception we welcomed over 6,000 attendees, including the chief minister of Telangana, several renowned cricketers, politicians and even names from Bollywood like Farah Khan Kunder, among others.” 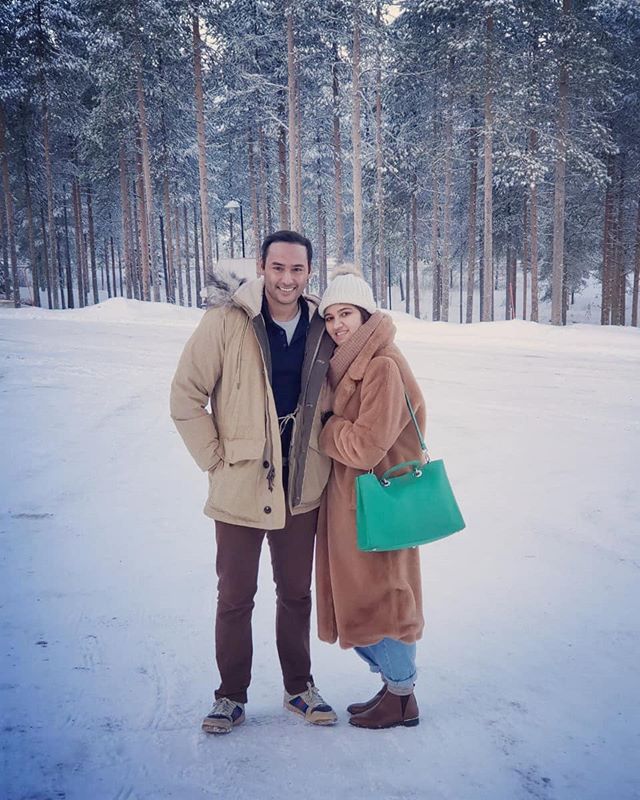 Anam Mirza and Mohammad Asaduddin’s pre-wedding festivities had kicked off with intimate mehendi ceremonies on December 9, 2019, held at the bride and groom’s respective homes. Reminiscing the day, Anam, who had exuded vibrancy in a cheerful Aisha Rao lehenga, comprising a voluminous mint green skirt and a matching blouse that were highlighted with bold floral embroidery, had said, “Music, speeches, and much more—it was an unforgettable day.” 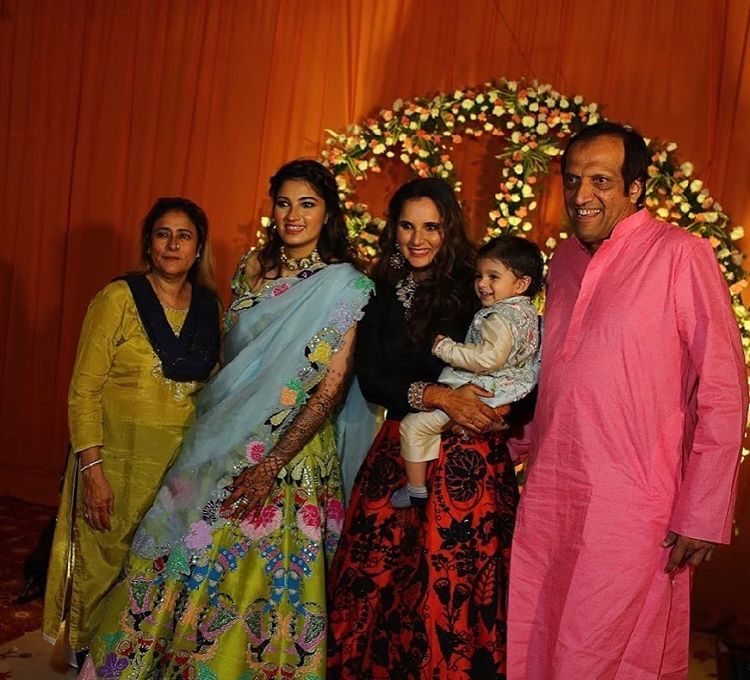 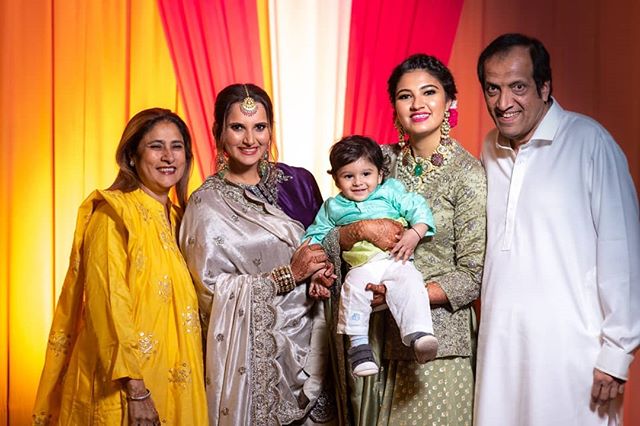 Speaking about the most beautiful day of her life, i.e., the nikaah, Anam Mirza had remarked, “It was such a special moment when Asad came home as the groom. The food, which is of utmost importance in Hyderabadi culture, turned out to be a hit with all guests. I opted for a lavender outfit and wore a deeper purple dupatta over it. It was enhanced with pure zari work, and was presented to me by Asad’s family. Asad wore an ivory sherwani by Sabyasachi. One of the most emotional and memorable moments throughout the wedding celebrations was during the nikaah, when my mother, Sania and I started crying for no reason. This was followed by several of my family members getting emotional when I left for Asad’s house.” 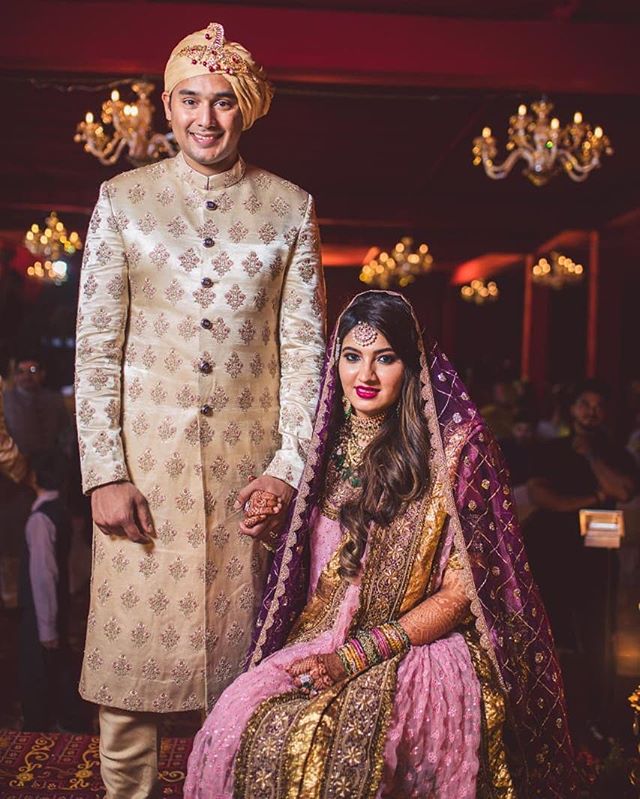 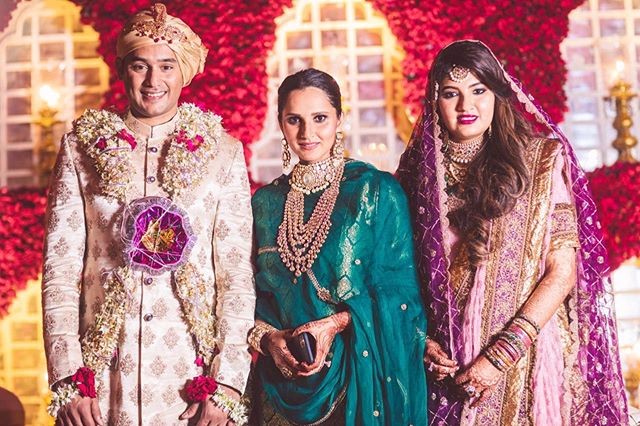 The nikaah was followed by a grand reception at the Fort Grand, and to describe her fairytale function, Anam Mirza had stated, “We wanted the reception to look straight out of a fairytale. One of my favourite parts was my outfit. I was really looking forward to wearing my Manish Malhotra gown.” And for the post-wedding bash, Anam had concluded, “We really let our hair down for this evening. I wore a red Monisha Jaising gown and Asad chose a Stefano Ricci suit. My favourite moment as a couple was our first dance that evening; we danced on ‘Perfect’ by Ed Sheeran.” (Also Read: Shilpa Shetty Revealed That She And Hubby, Raj Kundra Were Trying For A Second Child For Five Years) 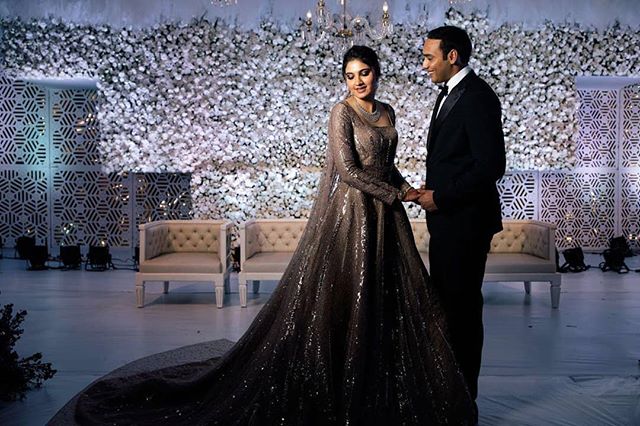 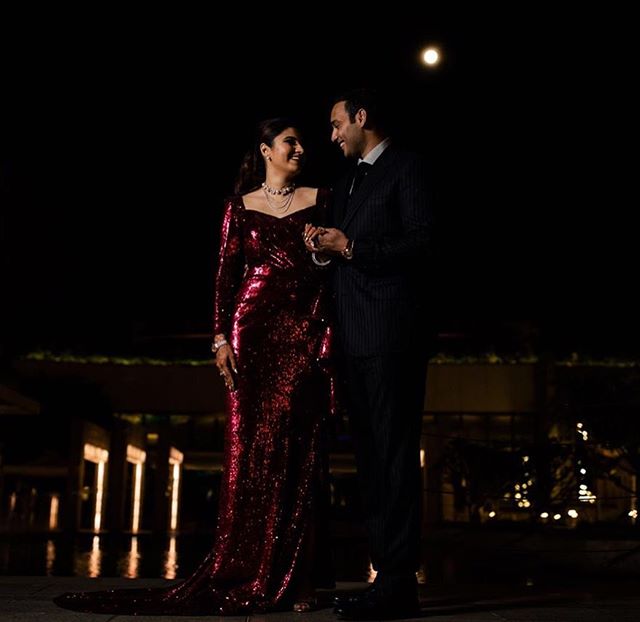 We wish a very happy birthday to Anam! 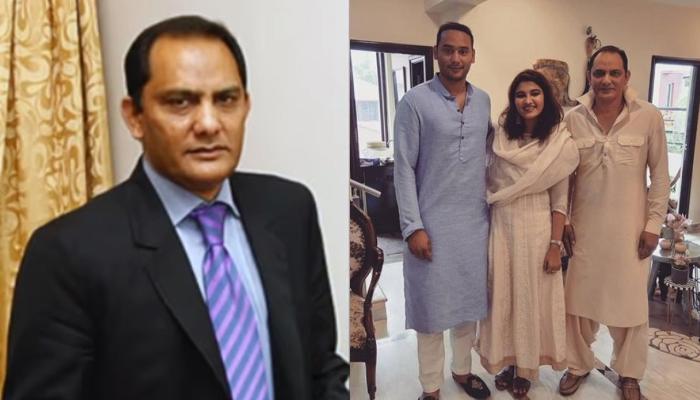 Born in the Nizam town of Hyderabad, Mohammad Azharuddin is a former Indian cricketer, who is known as an elegant middle-order batsman. He had become the captain of the Indian Cricket team in 1989 and had led the team to victory in the '90s ODIs. Azharuddin was honoured with the