Former India captain, Mohammad Azharuddin turned 59 on February 8, 2022. His daughter-in-law, Anam Mirza, penned a sweet birthday wish for him on his special day!

Born in the Nizam town of Hyderabad, Mohammad Azharuddin is a former Indian cricketer, who is known as an elegant middle-order batsman. He had become the captain of the Indian Cricket team in 1989 and had led the team to victory in the '90s ODIs. Azharuddin was honoured with the Arjun Award in 1986 and Padma Shri in 1988 for his contribution to the world of cricket. Later on, in 1991, he was named the 'Wisden’s Cricketer of the Year'. As Mohammad Azharuddin turned 59 today, his bahu, Anam Mirza, penned a heart-melting wish for him.

It was on December 11, 2019, when tennis star, Sania Mirza’s baby sister, Anam Mirza, had said ‘Qubool Hai’ to Mohammad Asaduddin, son of Mohammad Azharuddin in a traditional Hyderabadi nikaah ceremony in Hyderabad. And ever since their marriage, the beautiful couple has been treating their fans with their love-filled pictures and videos. 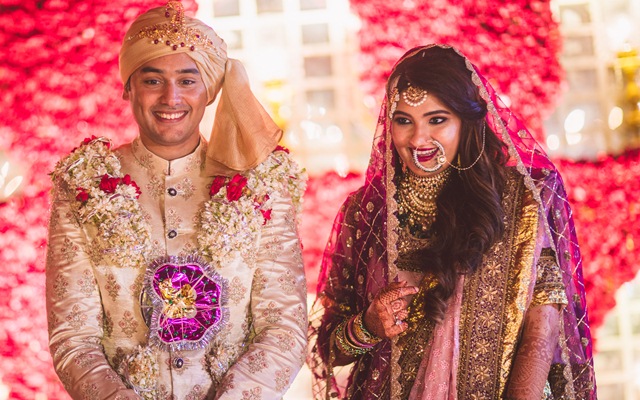 A few moments back, taking to her IG handle, Anam Mirza dropped a monochrome picture to wish her father-in-law, Mohammad Azharuddin, on her IG stories. The adorable photo showed the former Indian cricketer cutting a cake with Sania Mirza's son, Izhaan Mirza Malik. Sharing the photo, atop it, Anam penned:

"Happy Birthday to our hero @azharflicks."

On February 8, 2021, Azharuddin had turned a year older, and his bahu, Anam Mirza, had taken to her IG handle to share a monochrome picture with him. In the beautiful photo, Anam could be seen standing with her father-in-law, who had kept his arm around her shoulder. Sharing the picture, Anam had thanked Azharuddin for never treating her differently than his son, Asad. Her note could be read as:

“Happy Birthday to everyone's favourite @azharflicks. Thank you for never letting the words ‘in-law’ get between our relationship. Thank you for being another dad to me and never treating me differently than Asad. #alhamdulillahforeverything.” 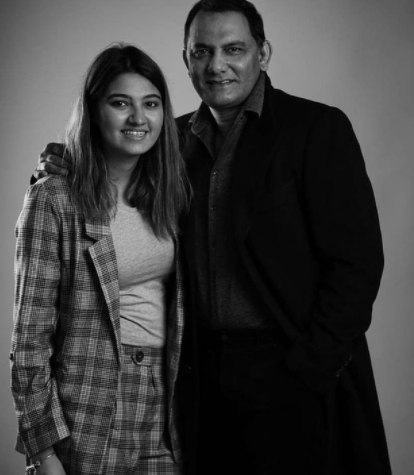 On the other hand, Asad had taken to his IG handle and had shared a picture with his abba, Azharuddin, where the two had looked dapper. Along with it, Asad had penned an adorable wish for his daddy dearest. His birthday wish could be read as:

“Happy birthday to the most Handsome and fittest dad in the world. Keep rocking.” On May 25, 2020, Anam Mirza had celebrated her first Eid post-wedding with hubby, Mohammad Asaduddin, her father-in-law, Mohammad Azharuddin, her sister, Sania Mirza, and her nephew, Izhaan Mirza Malik. To wish her fans on Eid ul-Fitr, Anam had posted a picture of her, giving the tightest hug to Asad and had over-excitedly captioned it as:

“Giving each other extremely over-excited eid hugs cause we can't hug anyone else. our first eid together, hoping you're all home, safe and grateful. Eid Mubarak from us #Eid #EidMubarak” followed by a heart emoticon. Sharing one with Sania and Izhaan, Anam had written, "Ain't no Eid without you two. #Eid2020." 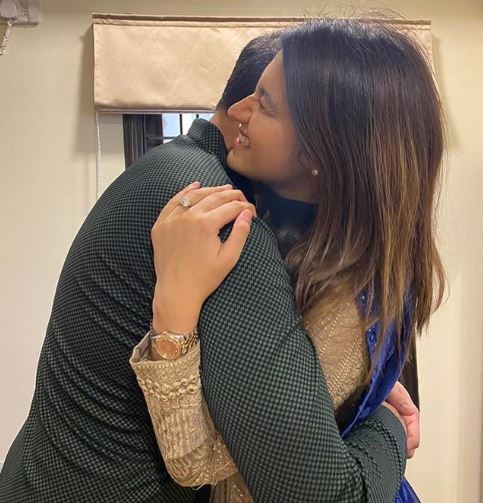 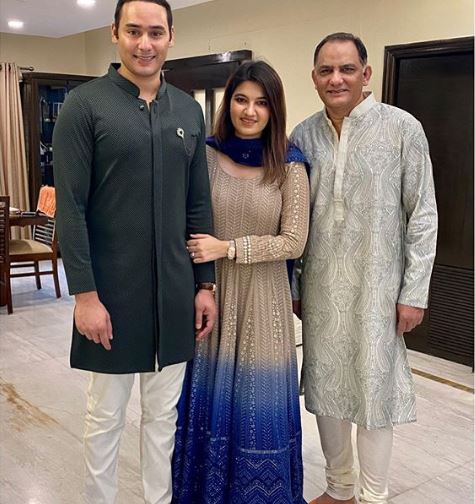 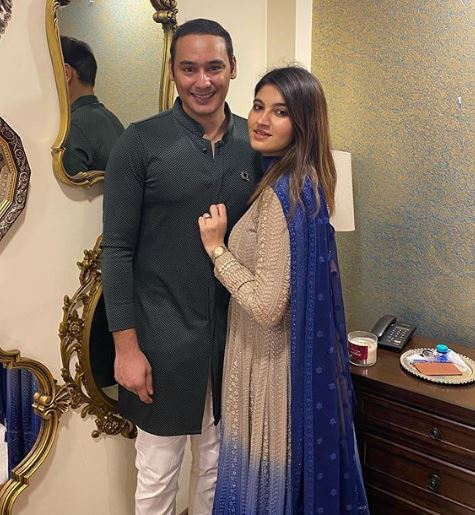 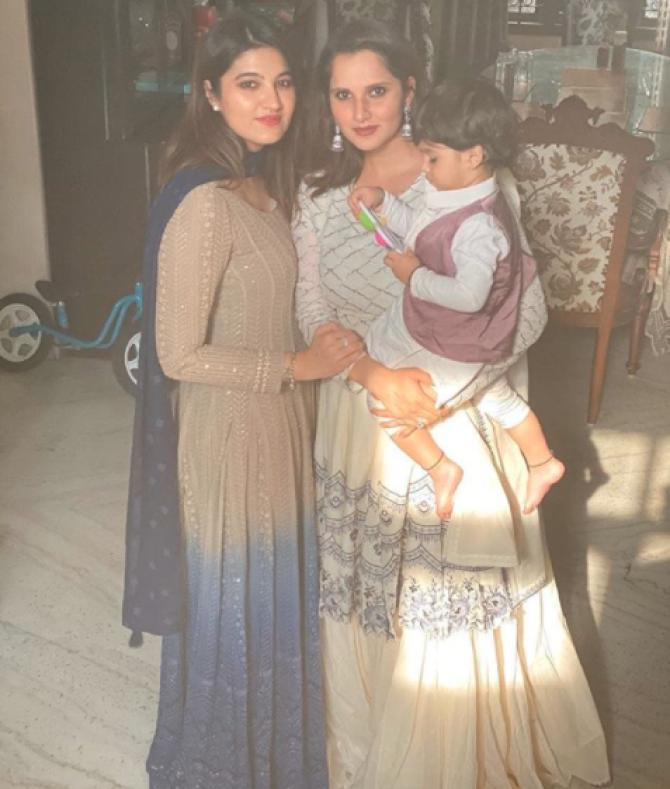 In an interview with the Vogue, Anam had thrown some light on her love story and wedding with Asad. Before Anam, who owns an ad agency and an events company, had started dating Asad, who is a cricketer and a real estate developer, their respective families had fallen in love with them. Anam had elaborated:

“Before we even officially started dating, we happened to meet each other’s parents. My folks instantly fell in love with Asad, and same was the case with his family. It’s ironic; everyone around us always knew that we would make the perfect couple. And it turned out to be true. After just a month of getting to know each other, we were sure we wanted to get married.”