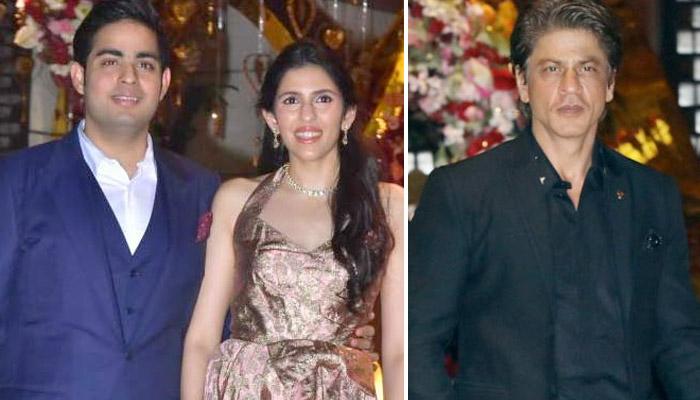 There is no denying that in the B-town the who’s who are all connected and good friends with each other. Such is also the case of Shah Rukh Khan and the Ambanis. SRK and the Ambanis have been close friends for long and the superstar has performed at various functions related to the esteemed business family. (Take A Look: Mommy Nita Ambani Speaks About Eldest Son Akash Ambani And Shloka Mehta's Wedding)

Now, as per a report in Filmfare, Shah Rukh Khan will host the engagement party of Mukesh Ambani and Nita Ambani’s son, Akash Ambani, who is engaged to Shloka Mehta. Excited, are you? Well, Ambanis are known for their grand style and SRK is as always great as a host with his charm and wit. Surely, we’re going to see a rocking evening on June 30, 2018, when Akash and Shloka's engagement party will be organised at Antilia. 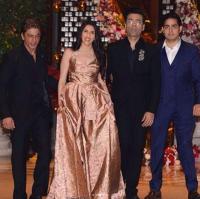 For those who do not know, Akash Ambani proposed to Shloka Mehta on March 24, 2018, in Goa. And they also exchanged the rings that day. Ambanis and Mehtas met in a plush five-star resort in Goa and that’s where the Akash Ambani and Shloka Mehta’s engagement ceremony took place. (Also Read: Mukesh Ambani's Son Akash Ambani Gets Engaged To Shloka Mehta, Wedding To Take Place In December) 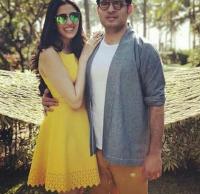 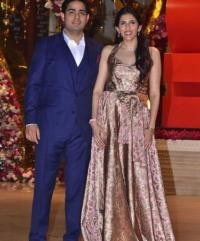 Akash Ambani’s fiancée, Shloka Mehta is the daughter of Russell Mehta and Mona Mehta. Russell is a diamantaire who owns Rosy Blue. Shloka is the director of Rosy Blue Foundation since 2014. Then in 2015, she became the co-founder of ConnectFor, her brainchild which gathers volunteers for various NGOs running in Mumbai.

Akash Ambani is the chief strategist at Jio, a 4G service provider. Akash Ambani is also the co-owner of Mumbai Indians, a domestic cricket team in the IPL franchise. Akash and Shloka are childhood friends who have studied at the famous Dhirubhai Ambani International School. (Suggested Read: Shloka Mehta: Everything You Need To Know About Akash Ambani's Fiancee And How They Met) 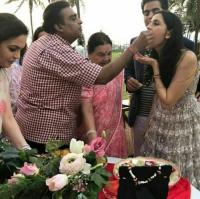 Reportedly, Akash and Shloka’s wedding would be held in Mumbai over a span of 4-5 days at a five-star hotel. The dates, as of now as per media reports, are December 8-12, 2018.

On June 06, 2018, Nita Ambani offered the formal engagement card of Akash Ambani and Shloka Mehta to Lord Ganpati at the famous Siddhivinayak Temple. Mom Nita was accompanied by her son, Anant Ambani.

To an online media portal, Shloka recently said, “Despite years and busy schedules, we have always found ways to stay connected. Akash is incredibly grounded, and we share a bond based on meaning and memories. We don't just get along - we also support each other's hopes and aspirations and are determined to build a sense of purpose into our lives together. We are lucky to have a love that began with being best friends and luckier still to have such supportive families”. 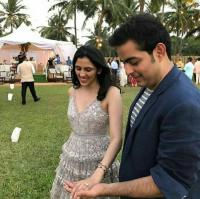 Akash, on the other hand, was quoted as saying, “I am truly happy that our friendship has blossomed into love and Shloka and I are getting married, she is a truly special and extremely kind-hearted person”. (Don't Miss: Neil Nitin Mukesh's Dear Wifey Rukmini Sahay's First Look From Her Grand Baby Shower)

Wow! Are you excited that Shah Rukh Khan will be performing at Shloka Mehta and Akash Ambani’s engagement ceremony on June 30, 2018? Do let us know in the comments section below.