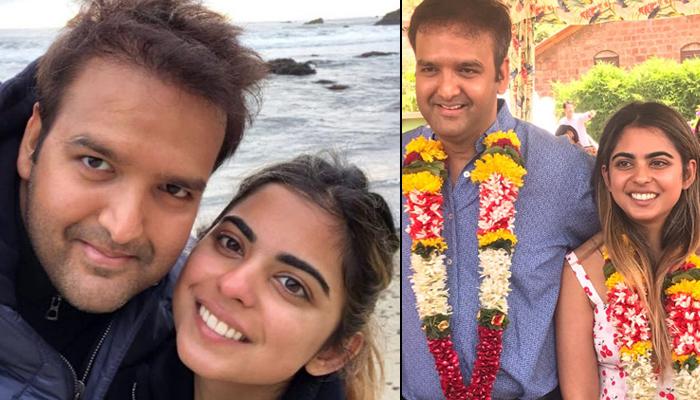 Just one week is left for the wedding of Nita Ambani and Mukesh Ambani’s daughter, Isha Ambani and Anand Piramal, son of Swati and Ajay Piramal, and the wedding preparations are going on in full swings. From close to 40 chartered flights being booked for the up-down of the guests and family to the five-star hotels and over a thousand luxurious cars been booked by the Ambanis and Piramals, Isha and Anand’s wedding is definitely going to be the ‘wedding of the year’. (Also Read: Nita Ambani And Kokilaben Ambani Visit Ambaji Temple To Offer Isha Ambani's Wedding Invitation Card)

Apart from the conveyance arrangement being made by the families, another report came in recently wherein it was shared that the families have hired an event management company, who will be the in-charge to create a water-world built on pontoons and boats. Basically, the plan involves setting up a massive pontoon on one of the ghats of Lake Pichola. According to the DNA report, a source had stated, “They have requested one at the Udai Vilas Ghat that can accommodate 1,000 guests at a time.”

The source also revealed that multiple flat-bottomed boats will also float on the lake, which will hold a huge idol of the Ambani’s revered deity, Lord Shrinath ji. The source further shared, “The family has requested a floral set up on the vessel holding the idol of Shrinathji. Dancers will perform on the floating stage, in keeping with Indian customs and traditions. The hosts also plan to conduct a maha aarti to seek blessings of their lord.” 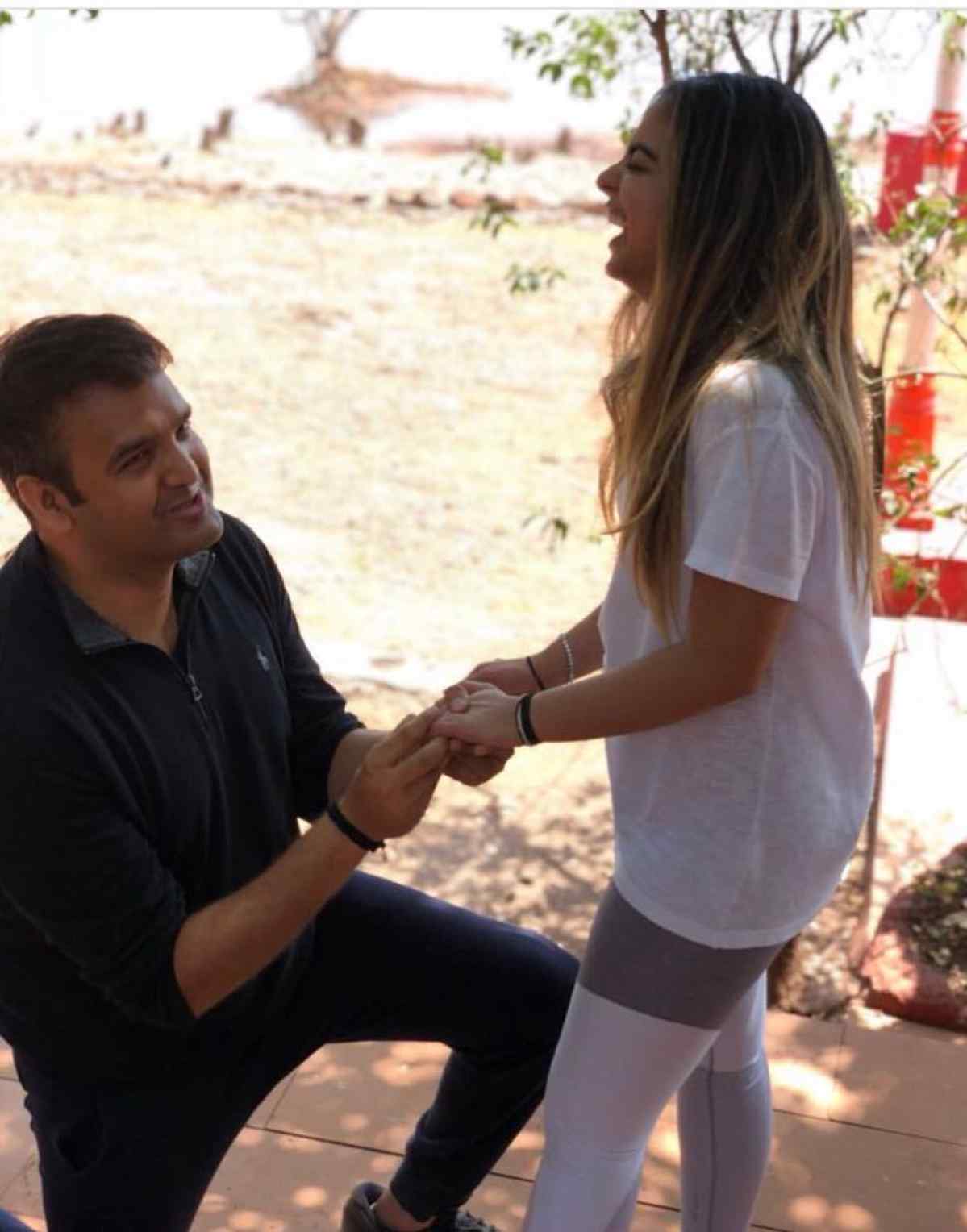 Looks like the preparations have begun and the set-up is almost ready for the pre-wedding festivities to begin. A picture on social media is getting viral, from Udaipur, wherein we can see a huge idol of the Ambani’s revered deity, Lord Shrinath ji. Take a look:

Nita Ambani and Mukesh Ambani have reached Udaipur along with their close friend, Manish Malhotra on December 6, 2018, at around 1:30 am. The parents of the bride want to make sure that all the arrangements are being done properly, as the pre-wedding ceremony is expected to be a grand affair. Manish Malhotra, who posted a picture along with the parents of the bride, captioned it with the hashtag #Udaipur. (Also Read: Isha Ambani Twins In Traditional Gujarati Outfit With Nita Ambani On Pre-Wedding Dandiya Ceremony) 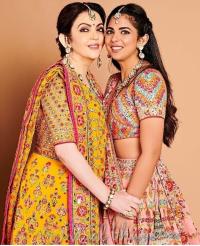 The mother of the bride, Nita Ambani can be seen wearing a red embroidered suit with a floral dupatta. Though it is unclear, the photo might be an indication that the sought-after designer will be creating outfits for the bride and the family for the pre-wedding ceremonies. 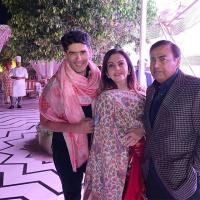 According to sources, former US president Bill Clinton and his wife former foreign minister Hillary Clinton are expected to come for the pre-wedding ceremonies of Isha Ambani at Lake city of Rajasthan, Udaipur on December 8, 2018. The pre-wedding festivities of Isha and Anand will take place on December 8-9, 2018, in Udaipur, after which everyone will fly back to Mumbai for the wedding at Antilia, Ambani’s residence.

Meanwhile, there is also no confirmation on this as well, but in an Instagram post by Joseph Radhik featuring Priyanka Chopra and Isha Ambani, from former’s sangeet ceremony, is indicative of his role at the latter's wedding. Joseph Radhik captioned the pic as, "That moment when the Sangeet wraps up and evverryyyone gets on stage! Also, one of those happy moments when you see two Stories brides on stage!" If this is true, then Isha Ambani will have in common her wedding photographer as her BFF Priyanka Chopra and Anushka Sharma.

The statement further stated, “During the weekend prior to the wedding, the Ambani and Piramal families will host their friends and family in Udaipur, where they are partnering with artisans and craftsmen to integrate local culture and traditions into the festivities. Both families seek the blessings and good wishes of everyone for Isha and Anand as they start their journey of togetherness. Nita and Mukesh Ambani Swati and Ajay Piramal.” (Also Read: Isha Ambani's In-Laws Gift Her A 450 Crore Bungalow To Start Her Married Life With Anand Piramal) 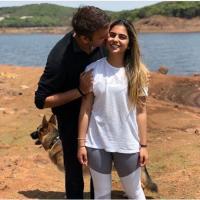 With such a massive set-up for Isha and Anand’s pre-wedding function, we can expect it to be a super- grand affair!