There’s no second thought when we say it’s raining weddings in B-town. After Deepika Padukone and Ranveer Singh announced their wedding on social media, then came another good news with a celeb wedding confirmation. After a lot of speculations about the much-awaited wedding of Isha Ambani and Anand Piramal, people were eagerly waiting for the Piramals and Ambanis to confirm the union of these beautiful souls. (Also Read: Wealthy By Heart: Truly Rich Love Story Of India's Wealthiest Couple Mukesh Ambani And Nita Ambani)

Finally, Ambanis and Piramals released a joint statement confirming the wedding of Isha and Anand. It could be read as, “We are delighted to share that the marriage of Isha Ambani and Anand Piramal will take place in the residence of Shri Mukesh Ambani and Smt. Nita Ambani in Mumbai with family members and close friends on 12th December, 2018. The ceremonies will be performed in accordance with Indian traditions, customs and culture.”

Isha Ambani And Anand Piramal's Wedding Invitation Card Is Worth Whopping 3 Lakh Each, Video Inside It further stated, “During the weekend prior to the wedding, the Ambani and Piramal families will host their friends and family in Udaipur, where they are partnering with artisans and craftsmens to integrate local culture and traditions into the festivities. Both families seek the blessings and good wishes of everyone for Isha and Anand as they start their journey of togetherness. Nita and Mukesh Ambani Swati and Ajay Piramal”.

After living in the world’s second most expensive private residential property, Antilia (as of November 2014, after Buckingham Palace, which is designated as a crown property), Isha Ambani will be moving into another luxurious mansion post her wedding. Mukesh Ambani and Nita Ambani’s daughter, Isha will be living in a 50,000-square-foot sea-facing bungalow in Worli after her marriage with Anand. This swanky mansion is a gift from her in-laws, Ajay and Swati Piramal, who purchased the INR 450 crore bungalow from Hindustan Unilever in 2012. This iconic Gulita building was auctioned in 2012 and as per an Economic Times report, Piramals won the bid at INR 450 crore beating businessmen Anil Ambani and Gautam Adani, who had placed bids between INR 350 and INR 400 crore. Isha and Anand’s marital home, which is a gift from the Piramals to the soon-to-be husband and wife is a five-storey bungalow at Worli Sea Face, Mumbai. (Also Read: Inside Pictures Of Mukesh Ambani And Nita Ambani's Luxurious 2 Billion Dollar Home, Antilia) Currently, the house is undergoing renovations and the Griha Pravesh puja will take place on December 2, 2018, and from December 12, 2018, the newly-weds will shift in their new home. Their swanky bungalow’s level 1 has a lawn, an open-air water body, and a double-height multi-purpose room. Ground floor makes to an entrance towards the lobby and the upper floors will be inclusive of living and dining halls, bedrooms and circular studies. Their home will also have lounge areas, dressing rooms and servants’ quarters across different levels. 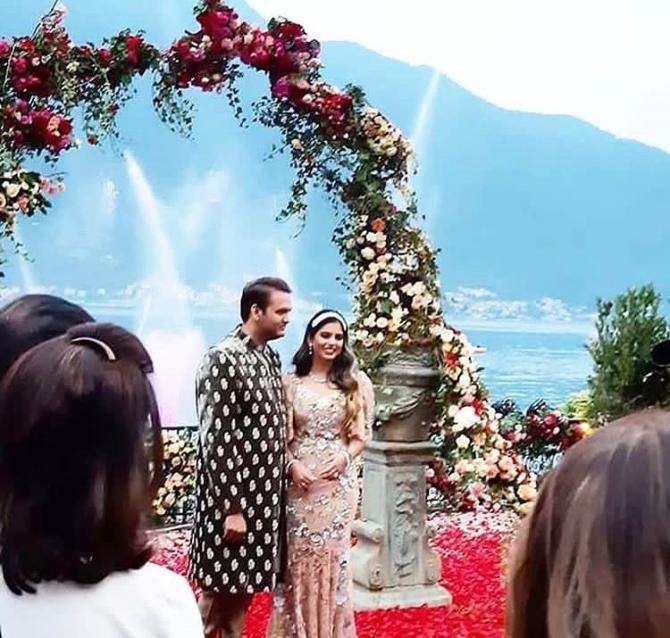 Earlier, we brought to you the update from Isha and Anand’s upcoming wedding that her parents, Mukesh Ambani and Nita Ambani visited the Siddhivinayak Temple, following the tradition of starting something auspicious with the blessings of God. The doting parents went to the temple to offer their prayers and present the first invitation card of their daughter, Isha and Anand’s wedding. Isha’s younger brother, Anant Ambani and her dadi, Kokilaben Ambani were present too.

Later, we brought to you the lavish wedding invitation card of Isha Ambani and Anand Piramal. The card has a handwritten note by Isha paying an ode to her and Anand's grandparents and as it is unboxed, Gayatri Mantra starts playing. The exquisite card also has the initials of the bride and groom “IA” embossed on top of the box. While Isha and Anand’s wedding promises a lavish affair, their wedding card is reportedly worth Rs 3 lakh, as per a Hindustan Times report.

Anand Piramal is the son of Swati Piramal and businessman, Ajay Piramal. Anand has graduated from Harvard Business School and has also studied Economics at the University of Pennsylvania. Ambani’s hone-wala-damaad is the executive director of Piramal Enterprises, which is reportedly valued at $4 billion. (Also Read: Anand Piramal: Here Is Everything You Need To Know About Isha Ambani's Fiance) 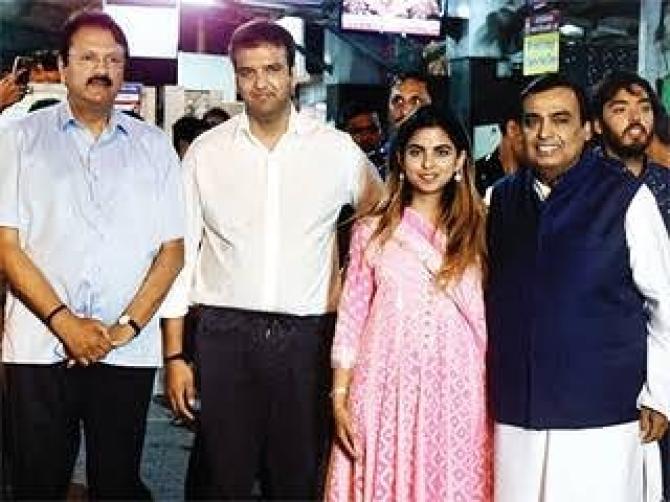 Such a perfect gift for a bahu from her in-laws! Don’t you think so? *wink*

Isha Ambani And Anand Piramal's Wedding Invitation Card Is Worth Whopping 3 Lakh Each, Video Inside