'Maqbool' actor, Irrfan Khan was the most versatile actor of Bollywood. Just like his film, his life was also perfect. A versatile actor, a loving husband, and a doting father, Irrfan was an all-rounder. 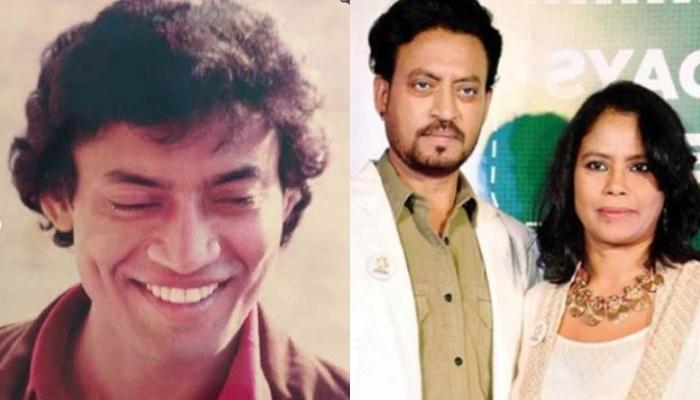 Once in a blue moon, we come across a story that makes a permanent place in our hearts. The story that we have in store for you today is one-of-a-kind. It has the power to inspire the poets and to become every romantic’s muse. Yes, it is the story of the versatile actor, Irrfan Khan.

Irrfan Khan's love for cinema was quite evident with his choice of films. He was known for films like Salaam Bombay, which was his debut film and was even nominated for the Academy Awards. His other notable roles included Maqbool, Paan Singh Tomar, The Lunchbox, Haider, Piku, and Hindi Medium. The actor, who was an institution in himself will always be remembered for his method acting. 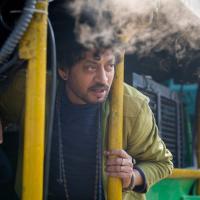 Irrfan Khan was known to be a perfectionist. Anyone who has worked with this versatile actor has nothing but compliments for his art. Irrfan was known for embarking on the 'road less travelled' but this isn’t something that he developed after joining the film industry. He had always been the one who created his own path.

Irrfan was born into a wealthy family of the Pathans. While his father and other family members were happy being the landlords and running the family business, Khan was a slave of his creative mind. Though his family loved to hunt, Irrfan led the life of a vegetarian. When Irrfan was preparing to earn his Masters's degree, he was invited to audition for the National School of Drama, New Delhi. Irrfan knew that it was his calling. He listened to his destiny’s call and left to audition for a scholarship. 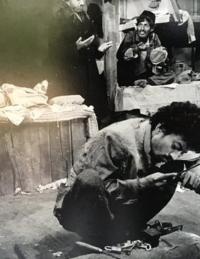 Irrfan changed his route and went to New Delhi to become a part of the National School of Drama (NSD). It was during one of the practice sessions when he noticed Sutapa Sikdar. She was learning the art of acting but wanted to pursue story and screenplay writing. Irrfan took the risk and introduced himself. Everything worked in his favour and they both became good friends. They both shared similar vibes and by the end of the term, they were in a steady relationship.

Since, both Sutapa and Irrfan wanted to establish themselves in their respective fields, they decided to put their wedding plans on hold to concentrate on their respective careers. By 1995, Irrfan and Sutapa had firmly established their roots in the entertainment industry and then decided that it was time to take their relationship to the next level. In February 1995, the couple had a simple court marriage and began their journey as husband and wife.

Suggested Read: Rishi Was Madly In Love With Neetu, So He Invited His 'Saasu Maa' To Stay With Them Permanently

An honest partner is a perfect partner. If your partner can tell you the truth without fabricating it, you are sure to touch the skies. This holds true for Sutapa and Irrfan. They both were each other’s biggest fans and critics. Irrfan and Sutapa both were part of the TV show, Banegi Apni Baat which ran from 1993-97. She was the screenplay writer and he was one of the actors. Both of them made sure that they give their best to the show. They had collaborated professionally on various other projects, including Madaari (2015). It was his wife’s discipline which had encouraged Irrfan to improve himself every time. Irrfan once shared:

“We studied in the same film school and my wife has a better understanding of many things than me, including performances. She has a lot of creative energy which translated beautifully into the films and their stories.”

The ups and downs of life

Irrfan Khan became a part of the big screen after getting married and hadn’t looked back since then. Sutapa and Irrfan were a perfect couple because they were each other’s best friends. Their relationship was nurtured with patience and love. The couple was blessed with two talented boys, Babil and Ayan. Sutapa once shared that Irrfan is not like other fathers. He connects with the boys on a deeper level. She had proudly revealed:

You May Like: Sonali Bendre And Goldie Behl's Love Story Is A Beautiful Tale Of Accidental Love

Irrfan had established himself as a versatile actor in both Bollywood and Hollywood. When everything was working well in the favour of this Pathan family, life took an ugly turn. Irrfan had shared with his fans that he was suffering from a ‘rare disease’ which has been diagnosed as a neuroendocrine tumour. The family had asked their well-wishers to keep sending their wishes to them.

Irrfan Bravely Fought With Cancer But Destiny Had Other Plans 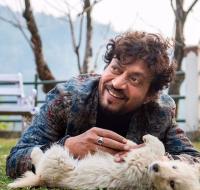 The Maqbool actor was diagnosed with neuroendocrine tumour in March 2018 and a few days later, he had left for London for his treatment. He had returned to India in February 2019 for the shooting of his comeback film, Angrezi Medium and after a couple of months had flown back to London for his further treatment. And in September 2019, Irrfan had returned to India after his surgery. It was on April 28, 2020, when the actor was admitted to Mumbai’s Kokilaben Dhirubhai Ambani hospital due to Colon infection and was kept in ICU. On April 29, 2020, the actor breathed his last and left for his heavenly abode. The 53-year-old actor was already undergoing the huge loss of his mother, Saeda Begum, who passed away just three days before Irrfan’s death and the actor couldn’t even attend her last rites due to lockdown.

The National-Award winning actor will always be remembered for his stupendous films and effortless acting. Irrfan Khan’s death was not just a loss to B-town but for everyone, who was ever associated with him. The vacuum of his absence can never be filled but he will always live in our hearts just like a burning lamp.