Atif Saw Sara In The College And Fell In Love. The Couple Had To Wait For 8 Years To Get Married

Atif Saw Sara In The College And Fell In Love. The Couple Had To Wait For 8 Years To Get Married 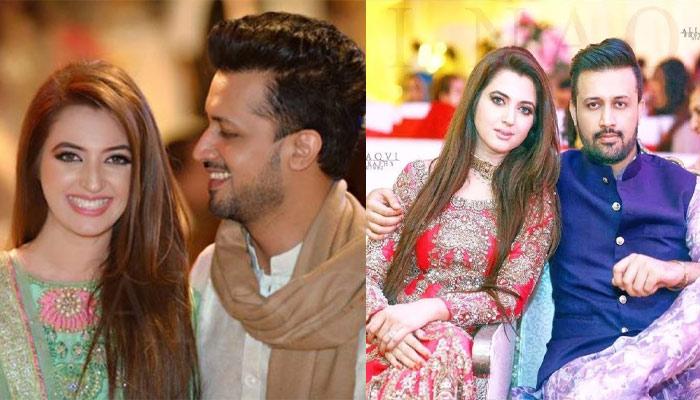 Every story has a beginning and so is Pakistani singer and actor Atif Aslam’s. It was a life-altering experience for the heart-throb when he formed his music band during his college days. Since then there was no looking back for the budding singer and songwriter. In fact, with his strong, rich and soul-stirring renditions of Bollywood numbers, he emerged as one of the accomplished singers in the industry.

But there was another life-changing thing that had happened while he was studying. The same campus also gave him a chance to meet his angel and have his share of college romance. Let’s meet the man and his lady-love Sara Bharwana.

The start of the college love story

When it all began for Atif, it was ‘love at first sight’. Well, it was when Atif went on to pursue his higher studies from Government University in Lahore that he met his girl at the same university. Like any filmy love story; flowers started blooming and butterflies fluttering. It did not take much longer for the couple to fall in love. Both could feel the love from the depth of their hearts. 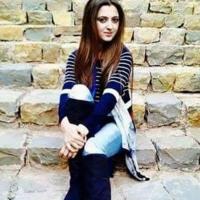 July, 1984 born, Sara Bharwana is the daughter of an ex-policeman Punjab. According to some sources, she was the student of the Kinnaird College, Lahore and Atif was studying at Government University, Lahore at that time. They were seeing each other back then and were totally bitten by the lovebug. They both were so much in love that it lasted a lifetime. Sara has also worked as faculty in a school, after getting her degree from Kinnaird College.

So, the much-in-love couple has been dating ever since they met. As they both belonged to the same state-Punjab, the wavelength matched even more. Though it was just the beginning of his music career, he always stayed committed to his girl. He was simultaneously chasing two dreams- being a renowned singer and marrying Sara and luckily he succeeded in both. It is learnt that Sara made a career for herself as an educationalist in Lahore.

The other side of the story

Contrary to what we have known about his affair, Atif Aslam once disclosed in an interview that he met Sara in a wedding ceremony in Lahore and that is when Cupid has struck. He has also opened up that his partner belongs from Jhang City. Well, whatever be the truth, today the couple is happily married with a kid.

Irrespective of the long-courtship, the love-birds were sure of their lifetime commitment. Their length of courtship didn’t deter them from their promises, pledges and loyalty. Finally, after the consent of their parents, the long-time love-birds got hitched on March 29, 2013. The traditional and extravagant wedding of the couple kicked off with mehendi in Lahore. The grand and splendid wedding was followed by a reception. Long-term beau Atif became the dulhe raja and Sara looked every bit of a radiant bride. 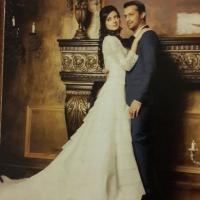 You May Like: Paresh Rawal And Swaroop Sampat's Love Story Will Make You Believe In Love At First Sight

In a message posted on his fan page on Facebook, Atif was quoted as saying:

“My big day has finally arrived with your prayers. Allah has endowed me with a wonderful life partner. I would request all of you to continue praying for us as you have always being doing in the past for me.” 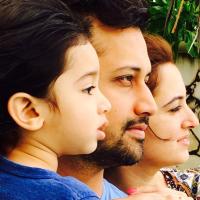 The duo became each other’s muse after the marriage. Holding each other’s hands (metaphorically) they set on to their new journey. Sara started accompanying Atif on musical tours, concerts and shows. The lovey-dovey spark never died and just a year after their wedding, they were blessed with a son in 2014 whom they named Ahad. Sara was no less than a devoted mother and wife while Atif was busy making his career out of music. So, after having a baby, their relationship stood the biggest test of time.

The amazing couple never rushed into marriage and gave ample time and space to discover each other. They were fully committed and devoted to love while also exploring and retaining their own tastes and beliefs. You will surely be inspired by the duo who have set their home with love, passion and the dreams they have both seen together. Let us know what you like the most about their relationship. Stay tuned with us to know more about the hidden love lives of your favourite celebs.

Recommended Read: Alka Yagnik And Her Husband Are Living Separately For More Than 25 Years And They Are Still In Love 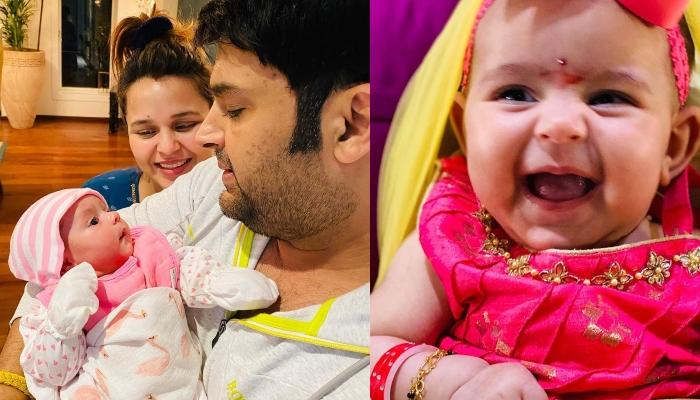