One of the finest actors in the history of Indian cinema, Mithun Chakraborty, has given so much to Bollywood that it's hard to imagine what the industry would've been without him. There are tons of accolades in his name, but the biggest one is his incredible record of 19 movie releases as a lead actor in the year 1989, which is unbreakable, even to this very day. Whether we talk about his unique style, dancing steps, and dialogue delivery, he is simply one of the last of his kind.

The actor had turned 68 last year on June 16, 2021, but can give any dancer a run for his money with his cool trademark dancing steps. For the unversed, Mithun Chakraborty had got married to Helena Luke in 1979, but the couple had parted ways only after four months of their marriage. After which, he had got married to iconic actress, Yogeeta Bali in the same year, and the couple had welcomed three sons, Ushmey, Mahaakshay and Namashi. They had also adopted a daughter named Dishani. 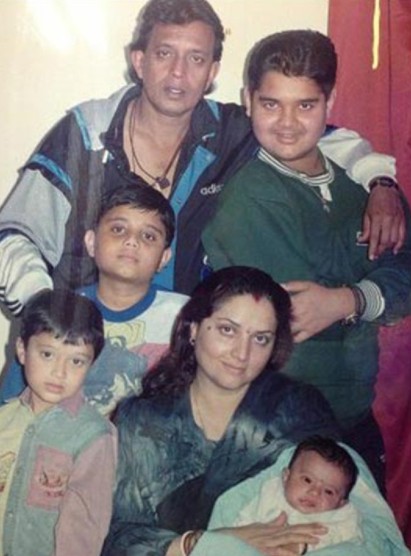 A clip from the sets of popular reality show, Hunarbaaz is doing rounds on social media at the moment. In the much-shared clip, we can see one of the judges of the show, Mithun Chakraborty, shaking a leg with his songs, Namashi Chakraborty and Mahaakshay Chakraborty. The trio danced on the iconic song, Disco Dancer, from the film, I Am A Disco Dancer, whose music was directed by late legendary music composer, Bappi Lahiri. Mithun and his sons gave an outstanding tribute to the late composer. The video clip is receiving immense love from the netizens. However, what caught everyone's attention was that Namashi looked like a carbon copy of his dad, Mithun, while dancing on Disco Dancer. Late music composer and singer, Bappi Lahiri had passed away on February 15, 2022, due to obstructive sleep apnea at CritiCare hospital in Mumbai. Everyone is aware of the fact that Bappi Da had played a massive role in Mithun's acting career, as they had given so many hit tracks to Indian cinema during their era. Once in an interview with PTI (Press Trust Of India), Mithun had opened up about Bappi Lahiri's contribution in his career and had hailed him as the only person, who had understood his 'hatke' dancing style. He had said:

"The best part was that Bappi da understood my dancing. I brought something new-- disco dancing, which was a departure from others. Bappi da understood that I dance 'hatke' (different) and so he started giving music accordingly. It became like 1+1=2, hum jud gaye (we connected). When we became one, we gave legendary hits."

Don't Miss: 'Kundali Bhagya' Fame, Anjum Fakih Posts A Romantic Photo With Her Beau, Fans Wonder Who Is The Man 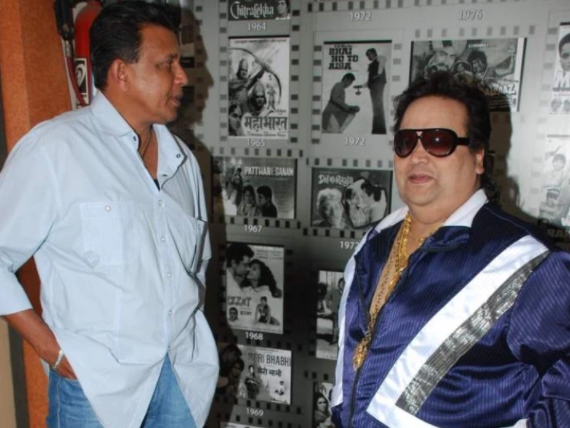 There's no doubt that Mithun Chakraborty is one of the finest actors of all time. However, it is undeniable that his fashion sense was way ahead of his time. That is the reason why he was the most followed style icon of his generation. From bringing high boots in fashion, making a style statement with denim shirts, and introducing golden looks in Bollywood, Mithun Chakraborty was the undisputed king of disco and style. 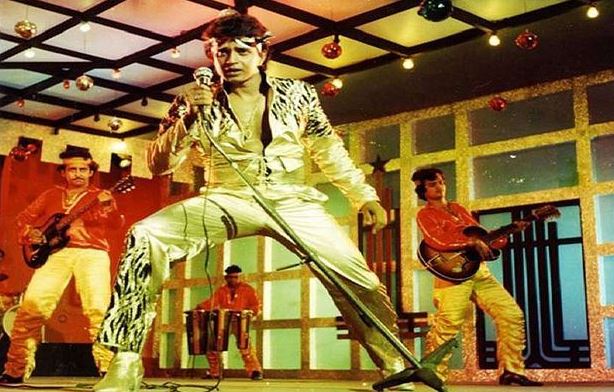 Mithun Chakraborty is currently seen in the recently-aired web series, Bestseller, alongside Shruti Haasan, Gauahar Khan, Arjan Bajwa and others.