Huma Qureshi makes her relationship with 'Pati Patni Aur Woh' director, Mudassar Aziz, Insta-official. Huma had penned down an emotional message for Mudassar on his birthday. Contrary to the conventional ‘pretty’ of Bollywood, Huma Qureshi came as a fresh breeze and with her journey from Gangs of Wasseypur to Cannes, she has proved that she is here to stay! With a restaurateur father and a homemaker mother, Huma has created her niche in the industry without a Godfather and has an inspiring career graph. Over the years, Huma has portrayed different shades of characters successfully and hasn’t made Bollywood her life but instead, enjoys the day-to-day little pleasures of it. (Also Read: Jay Bhanushali's Heartfelt Wish For His 'Beautiful' Wife, Mahhi Vij On Their 9th Wedding Anniversary)

Apart from her professional life, Huma Qureshi’s personal life too has often grabbed the headlines. Huma was once rumoured to be dating Sohail Khan and apparently there were reports about the rift in his married life with Seema Khan when the speculations of their affair had hit the headlines. Huma was the brand Ambassador of Sohail’s team in Celebrity Cricket League but after their linkup conjectures, she was replaced by Kriti Sanon. In early 2019, rumours about Huma dating Sushmita Sen’s ex-boyfriend, Mudassar Aziz had grabbed the headlines. 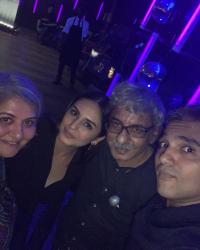 And on September 5, 2019, Huma Qureshi had confirmed her relationship with Pati Patni Aur Woh director, Mudassar Aziz. Mudassar had turned a year older and Huma had penned down an emotional message for him. Huma had written, “The Many Moods of Mudassar... It sure has been a hell of a ride... I’m so proud of everything you do and the man you are! I pray from the bottom of my heart that all your dreams come true... Happy Birthday baba @mudassar_as_is Sending love from saat samundar paar... Stay smiling always... Onwards #love #happybirthday #joy #virgobaby #Septemberchild Love you more than you know...” 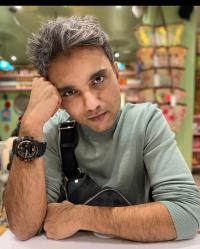 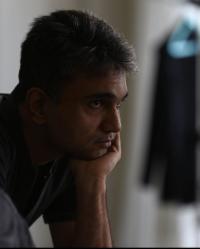 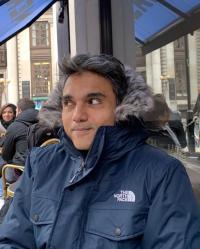 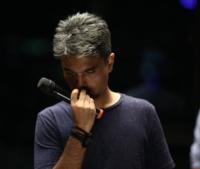 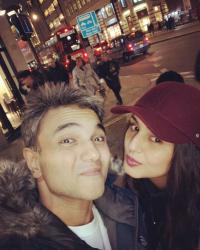 To which, Mudassar Aziz had commented, “Phew it’s hard to reply to this... A soul as gorgeous as you are @iamhumaq finds appreciation even in somebody as flawed or fractured as I am... Clearly then, I’m the lucky one! I won’t thank you because I actually can’t do that enough... I’d rather just sit back & gape in awe at how much, how wonderfully, how warmly you love. Stay true! Stay you! Love you loads!” Huma replied, “@mudassar_as_is I don’t know what to say”. 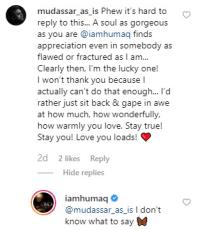 On July 28, 2019, Huma Qureshi had turned 33 and Mudassar Aziz had posted a mushy picture with the birthday girl. Along with it, he had written, “All things GORGEOUS down to the soul is what you are @iamhumaq!!! A birthday wish is NOTHING close to what will sum up how joyous, fulfilling & inspired you make every moment for me! Heart full of duas and all the love in the world for you. Have a smashhhhhhinh #American birthday!” (Also Read: Sargun Mehta Had To Convince Hubby, Ravi Dubey For A Steaming On-Screen Liplock With Nia Sharma) 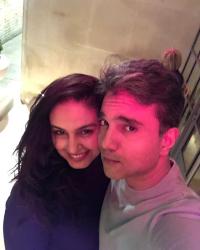 As per a Mumbai Mirror report, Huma Qureshi and Mudassar Aziz have been dating for over a year now. A common friend of the couple had informed to the portal, “Their close friends are aware of their relationship and are happy for them. Huma and Mudassar even brought in the New Year’s together in London and keep cheering for each other’s achievements on the social media.” 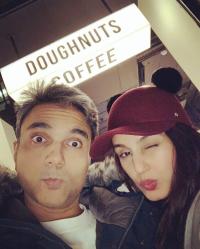 Coming back to Huma Qureshi and Sohail Khan, at the screening of Student Of The Year 2, the rumoured ex-couple had come face-to-face and if the reports are to be believed, they had maintained a safe distance throughout the screening. When Huma had caught a glance of Seema Khan and Maheep Kapoor, she had apparently greeted only Maheep and ignored Seema, who went onto meet Chunky and Bhavna, thus ignoring Huma.

While everyone was still gulping down the news, Huma Qureshi had taken to Twitter and had lashed out at the portal for publishing the news of her once alleged beau, Sohail Khan and Seema Khan royally ignoring her at the film’s screening. Her lash-out tweet could be read as “You need to apologise to all of us!! You have no ethics, no morality and just because actors choose to ignore idiots like you, you think we are scared of you. Not at all.”

About Huma Qureshi and Sohail Khan’s rumoured affair, the former’s manager had once stated, “It is not true at all. Huma wants to be spoken about for her work. These gossip stories may sound trivial at times, but they tend to affect the mindset of actors who are serious about their work.” Huma had also taken to Twitter to deny the charges and had tweeted, “Kuch bhi likhte ho #MumbaiMirror aap.. Sohail Khan is like my elder brother.. Kuch toh facts check karo!” (Also Read: Aishwarya Rai Bachchan's Hubby Abhishek Bachchan Hugs Her Ex Vivek Oberoi Letting Bygones Be Bygones) 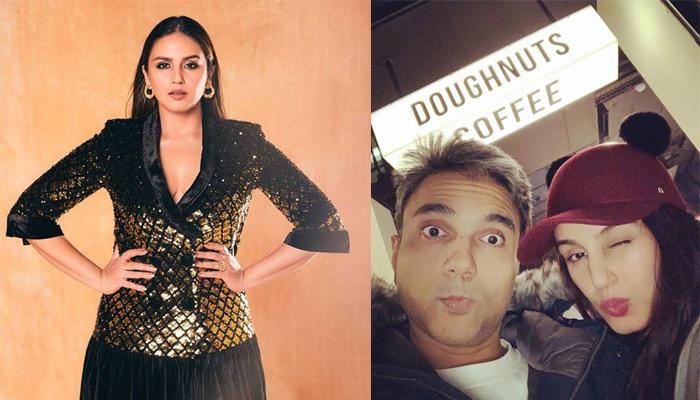 What is the most precious thing you can wish for while celebrating the new year? To have a loving partner by your side, who will love you unconditionally, without judging you, without restricting you and by giving you immense respect and care. Everyone wishes to have a partner who understands