TV actors, Gautam Rode and Pankhuri Awasthy are ready to embrace parenthood as the actress revealed the details about it. Scroll down to know more!

The pandemic has come as a carrier of bad news for most of us, but it has also given us some ‘good news’. Many celebrities have recently announced the news of expecting a new life in their lives and have given a reason to their fans for the celebration. From Kareena-Saif to Anushka-Virat, Anita-Rohit to Teejay-Karanvir, many celebrities have announced their pregnancy and many more are expected to join the league soon. Now, TV actors, Gautam Rode and Pankhuri Awasthy are ready to join the league and embrace parenthood as the actress revealed the details about it. (Also Read: Geeta Phogat's Sister, Sangeeta Ditched Red For A Pink Floral Motif 'Lehenga' For Her Wedding [Pics])

For the uninitiated ones, Gautam Rode and Pankhuri Awasthy had met each other on the sets of their famous show, Suryaputra Karn. Starting off with friendship, steadily while working together, their friendship had turned into love, despite the huge age gap. Well, there were a lot of people, who had talked about the age gap of 14 years between them. They had proved that age is just a number when one is in love and had tied the knot on February 5, 2018. Now, it’s been two years to their married life and the two are ready to embrace parenthood soon.

Pankhuri Awasthy Reveals She Had Found Her Hubby, Gautam Rode Arrogant In Their First Meeting 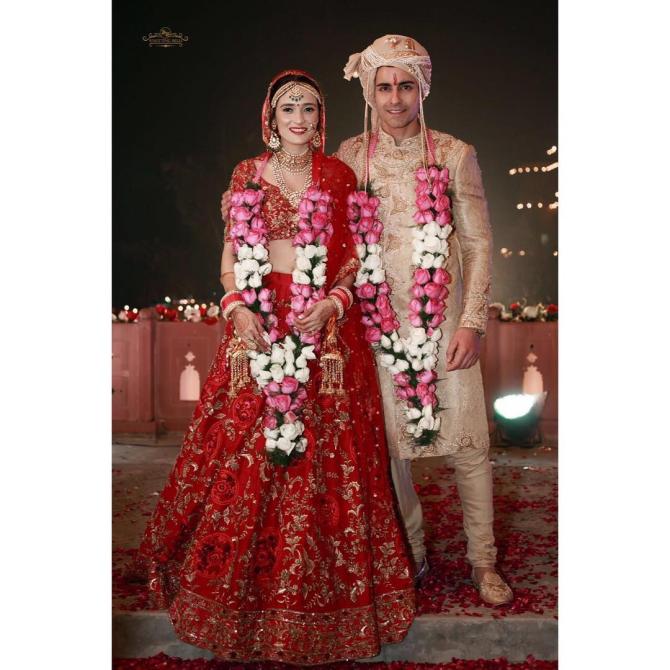 With lots of celebrities embracing parenthood soon, Gautam and Pankhuri are also ready to bring a new life in their world. In an interview with Telly Chakkar, Pankhuri revealed that the couple is planning to extend their family by next year as she believes that this is a good time to become parents. She said, “By next year we plan to extend our family. This is a good time to do that as nothing is happening anyways. For working people like us, this is a good time as there’s not much work to do, otherwise, it is like you miss out on work. Also, during these times, we are anyways at home and so are protected to an extent. And like people are saying that Corona is here for some time, so it is a good time for becoming parents.” Pankhuri further added that the couple love kids and is super excited to welcome one in their lives and become parents. She added, “Both of us are equally excited to have a kid. Dono ko hi bachhe pasand hai and dono hi scared bhi hain.” Gautam and Pankhuri are an epitome of a modern couple and they never fail to cherish each other’s presence in their lives. They often relive their wedding days and also share glimpses of the same on their respective IG handles. For instance, on June 4, 2020, television actor, Gautam Rode had taken to his Instagram handle and had posted a beautiful video from his wedding archives. In the video, we could see Gautam dancing on the tunes of the iconic song, Main Joru Ka Ghulam Banke Rahunga from the hit-film, Joru Ka Ghulam. The actor was looking handsome in his wedding outfit as he had danced in front of his wife, Pankhuri Awasthy, who had looked gorgeous in her traditional bridal outfit. Along with the video, Gautam had written a simple caption that could be read as “Main Joru ka Ghulam ban ke rahoonga @pankhuri313.” (Don't Miss: Shaheer Sheikh Ties The Knot With His Girlfriend, Ruchikaa Kapoor In A Court Marriage [Pictures])

This wasn’t the first time when Gautam Rode had delighted his fans with the unseen and beautiful moments from his and Pankhuri Awasthy’s wedding festivities. On May 31, 2020, Gautam Rode had taken to his Instagram handle and had shared a heartwarming video from their engagement ceremony. The video will bring a smile on your face at the beginning and will leave you with some happy tears right at the end of it. Along with the video, Gautam had shared his emotions during their engagement and how overwhelming it was for them at that time. His caption could be read as “Engagement Ceremony. We were so busy with preparations during the days that preceded our wedding, that it only sunk in now during the engagement ceremony that we were getting “Married” The feeling was overwhelming! @pankhuri313.” (Recommended Read: Suresh Raina Is Celebrating His 34th Birthday At The Maldives With His Family, Shares Exotic Photos)

We cannot wait for Gautam and Pankhuri to announce their pregnancy soon!