Geeta Phogat's sister, Sangeeta Phogat tied the knot with her fiancÃ©, Bajrang Punia, and the gorgeous bride ditched red for her wedding 'lehenga'. Check out the pictures inside!

Red is considered the most auspicious colour in Hindu culture and thus, became the most wanted colour for every bridal lehenga. However, with the changing times, the brides are changing their choices and to break the monotony of red, have been choosing lehenga colours that are unconventional. Red has no doubt its own grace, but it would be unfair to say that other colours don’t serve the purpose. As Geeta Phogat’s sister, Sangeeta Phogat tied the knot with her fiancé, Bajrang Punia, the gorgeous bride ditched red for her wedding lehenga. (Recommended Read: Shaheer Sheikh Ties The Knot With His Girlfriend, Ruchikaa Kapoor In A Court Marriage [Pictures]) 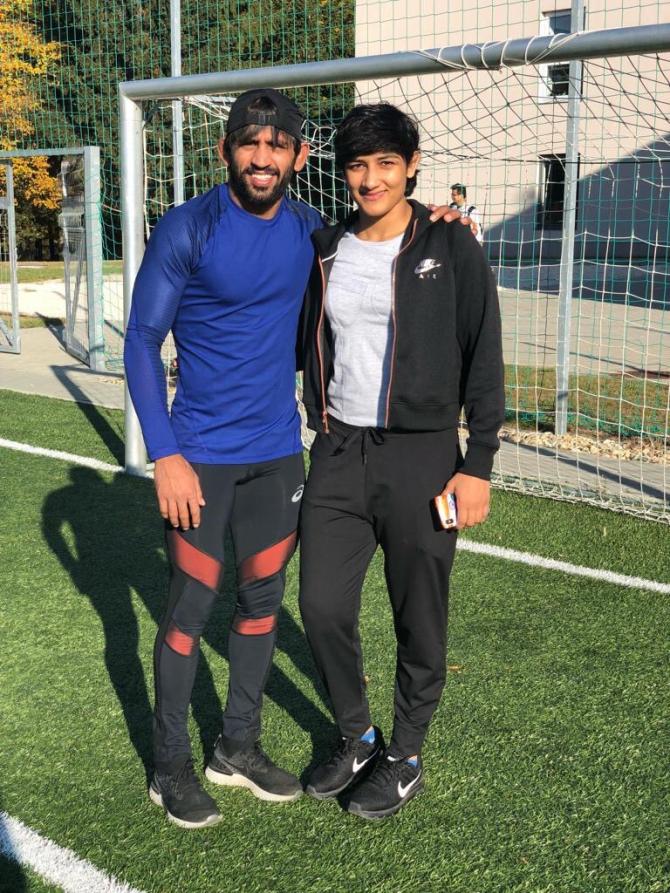 The Phogat sisters have been updating their fans about the wedding ceremonies going on in the family. From haldi to mehendi, Phogat sisters have shared pictures from every function and now, they have shared the pictures from Sangeeta’s wedding. Taking to her IG handle, Sangeeta shared a series of pictures from her wedding function. Sharing her sindoor moment and a picture with her darling husband, Sangeeta wrote, “You Complete Me Soulmate for life. A New chapter of Life Would be Full Of love and Happiness. #SangRang.” Other than this, Sangeeta shared a couple of pictures of her bridal look and we are in awe of it. Sangeeta ditched red lehenga for a pink one and looked heavenly. With floral motifs embroidered over the lehenga, Sangeeta chose a green choker and raani haar to complete her look.  And her ice-blue net dupatta with cutwork embroidery added an extra oomph to the look. Sangeeta’s hubby, Bajrang and sister, Geeta Phogat also shared pictures from the wedding. Take a look: 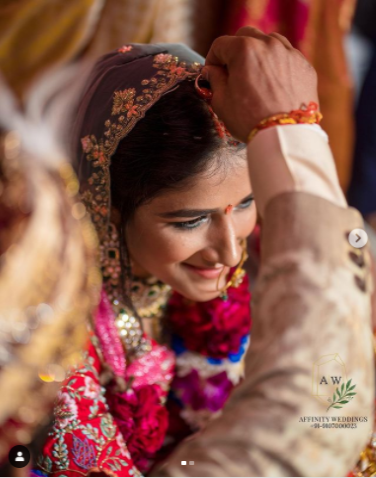 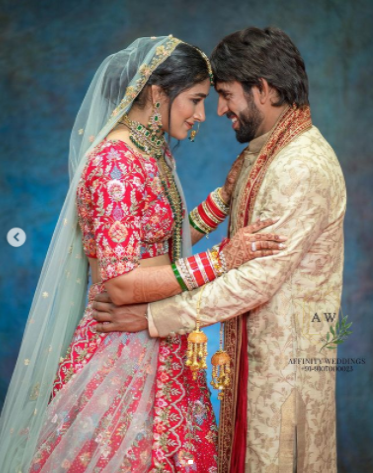 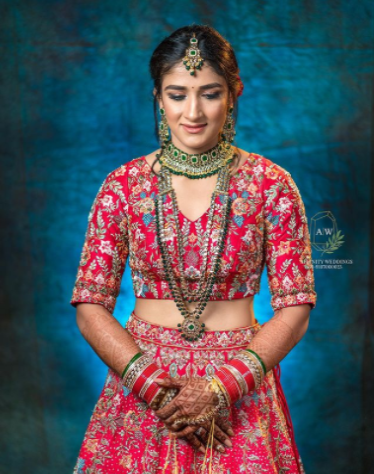 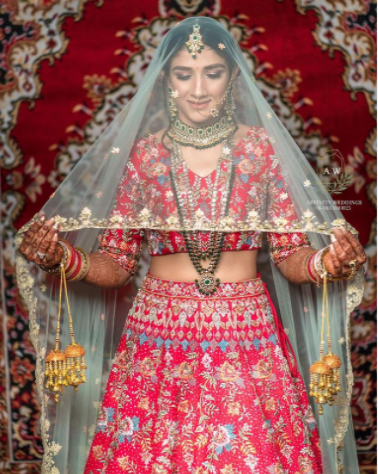 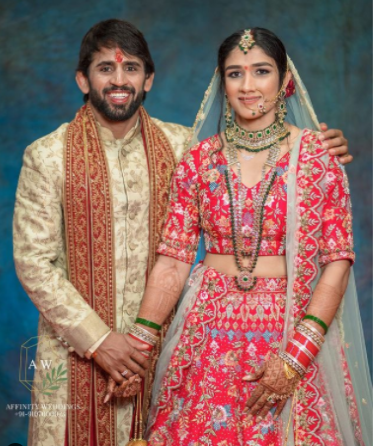 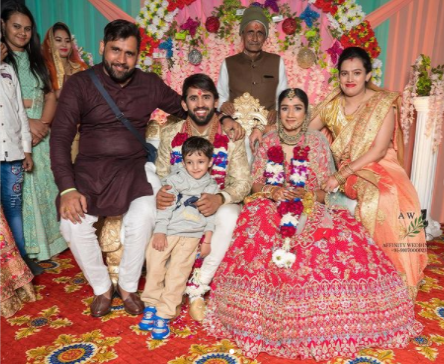 The pre-wedding festivities had begun for Sangeeta and Bajrang on November 22, 2020, with the baan ritual. Sangeeta’s mehendi ceremony had taken place on November 24, and the bride-to-be had flaunted her henna-clad hands by sharing pictures on her IG handle. Dressed in a green coloured lehenga, Sangeeta had flaunted her mehendi and her to-be hubby, Bajrang’s name written on it. Geeta Phogat and Babita Phogat had also posted pictures from Sangeeta’s mehendi ceremony but it was the to-be bride’s little nephew, Arjun Saroha, who had stolen the limelight. (Don't Miss: Natasa Stankovic Dances With Her Baby Boy, Agastya On 'Jai Jai Shiv Shankar' Song [Video Inside]) 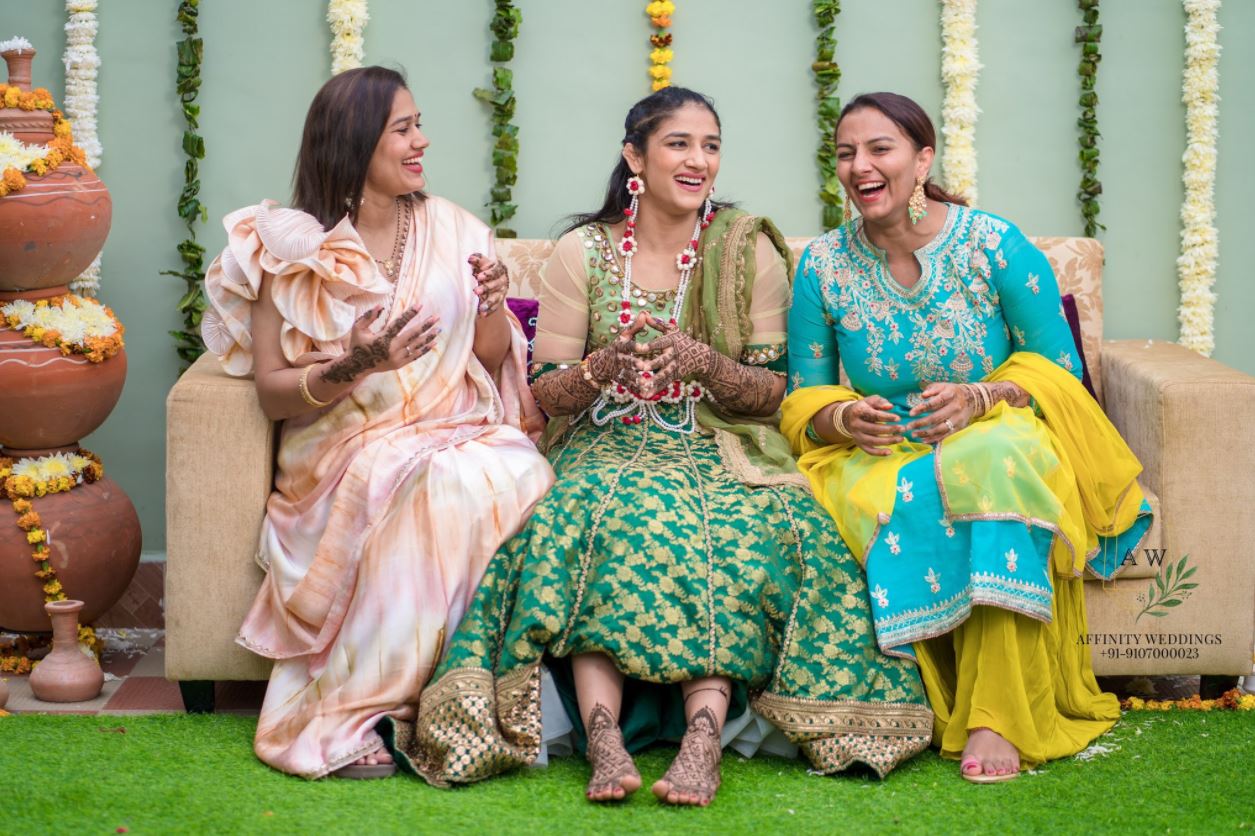 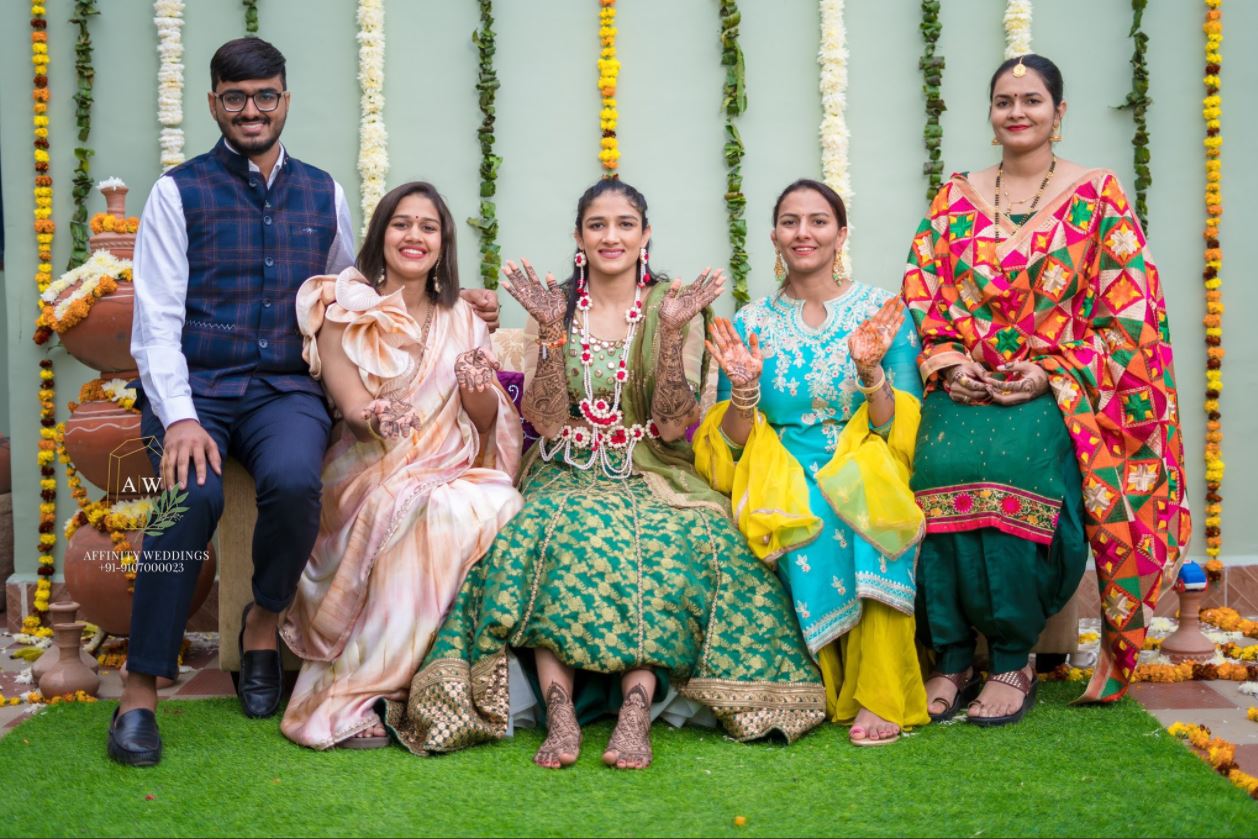 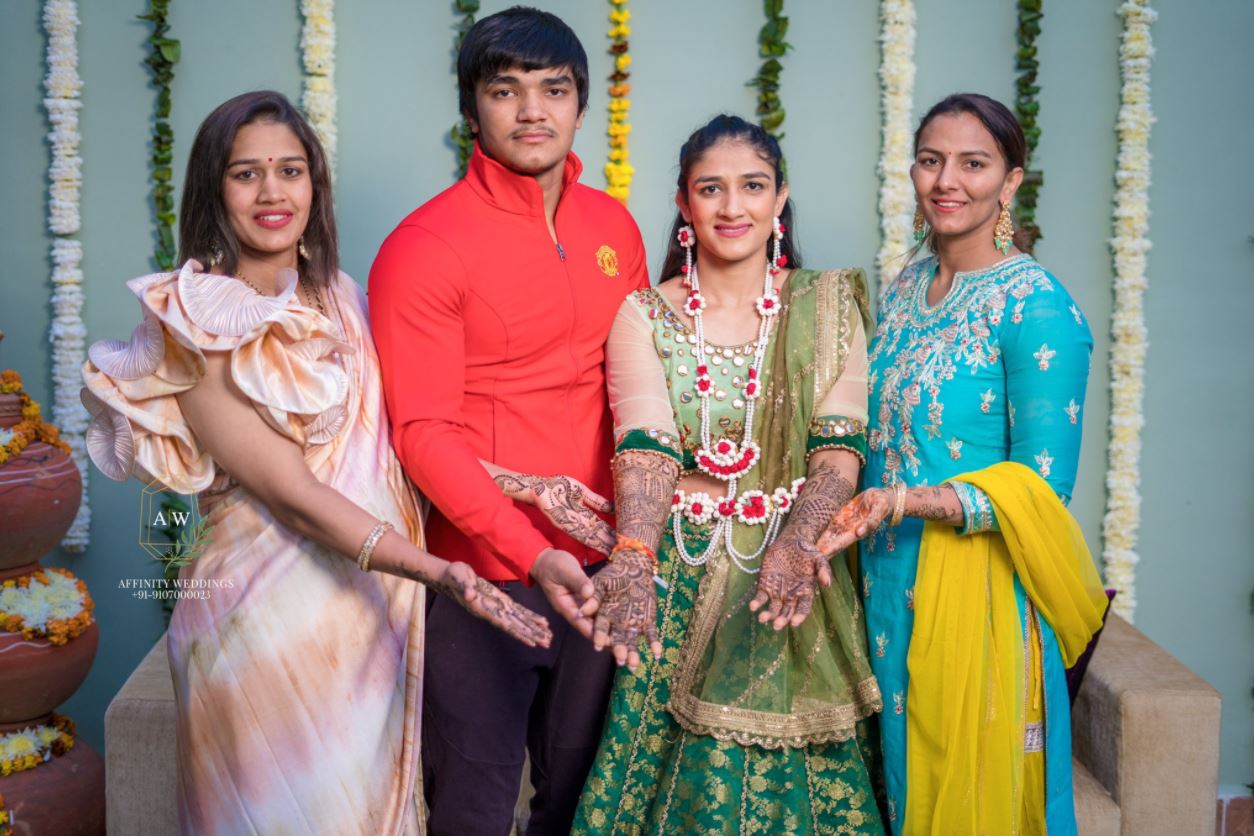 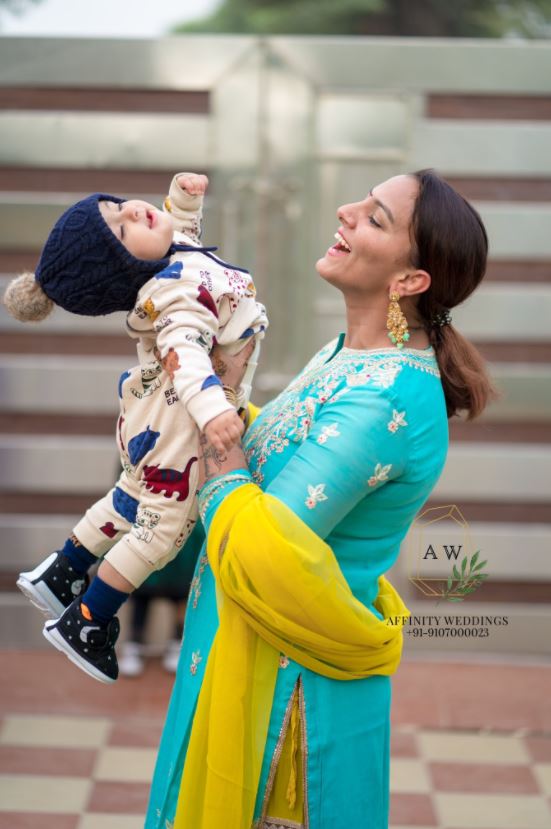 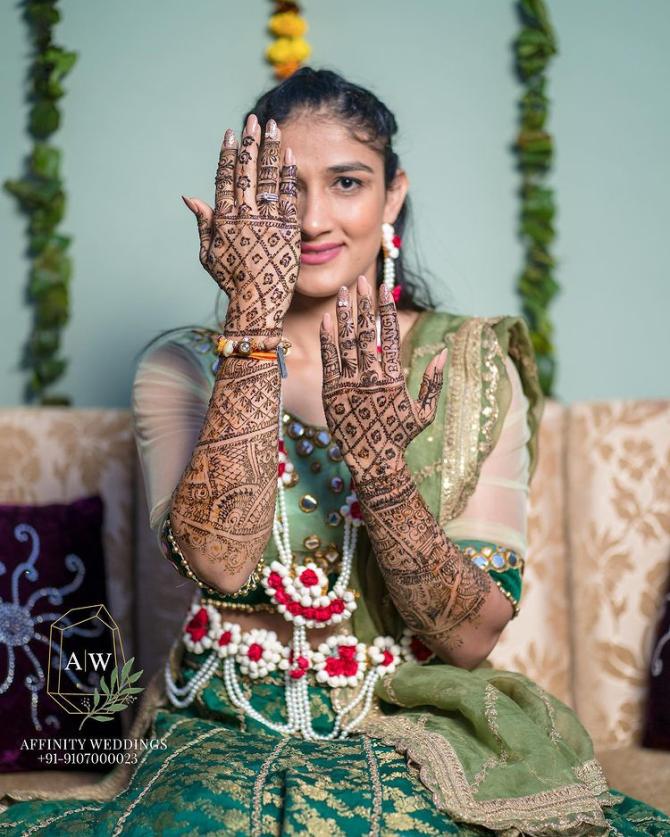 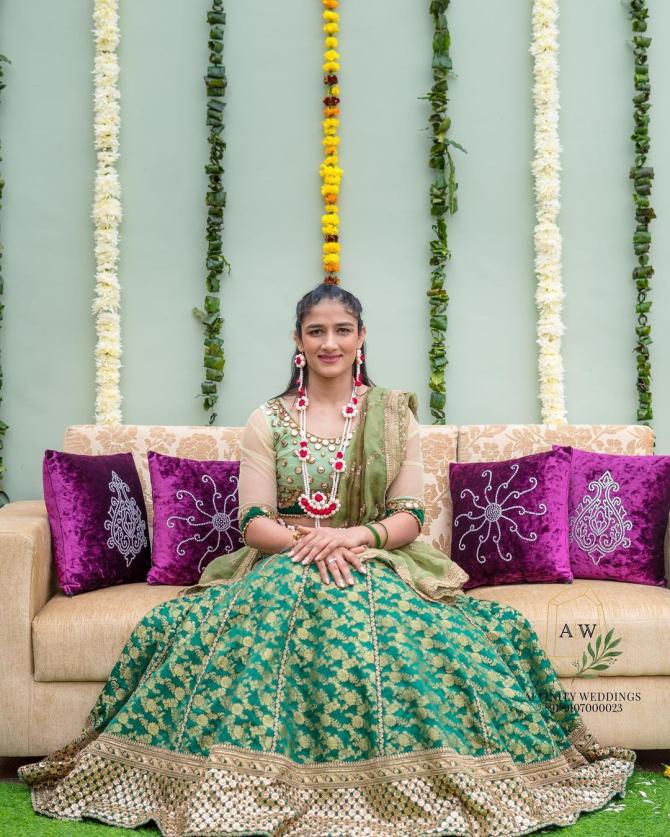 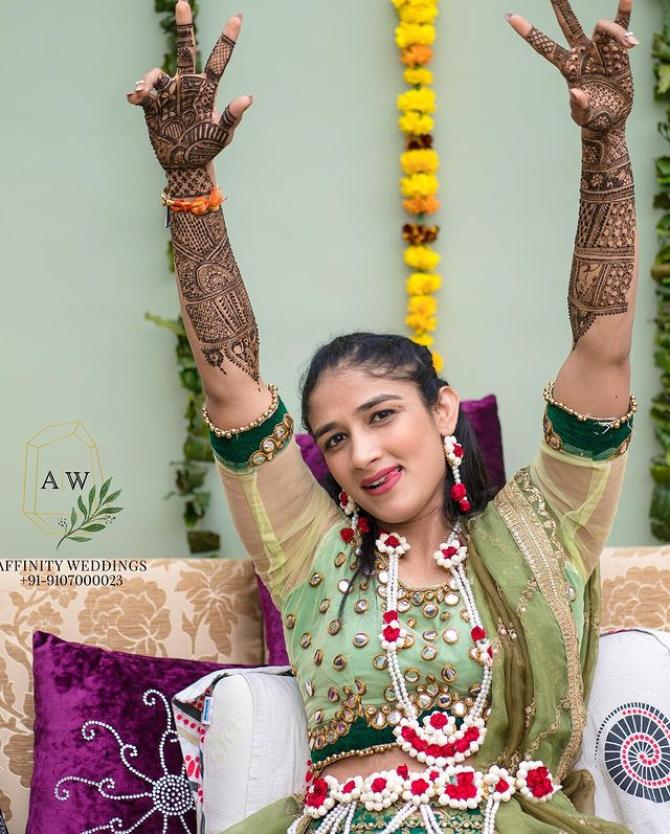 Sangeeta Phogat’s wedding celebrations had begun in the Phogat family with shaadi ki pehli rasam i.e., the baan ritual. For those who are wondering what this ritual is, baan embarks the beginning of the first ritual in a wedding, wherein the ladies or elders of the house apply haldi ubtan on the bride-to-be, a day before or a few days before the wedding to ensure that her skin glows on her D-day. Geeta Phogat had posted a picture with her sister, Sangeeta and had captioned it as “Shaadi ki pehli rasam.” Sangeeta too, had posted pictures and a video from the baan ceremony on her IG handle. 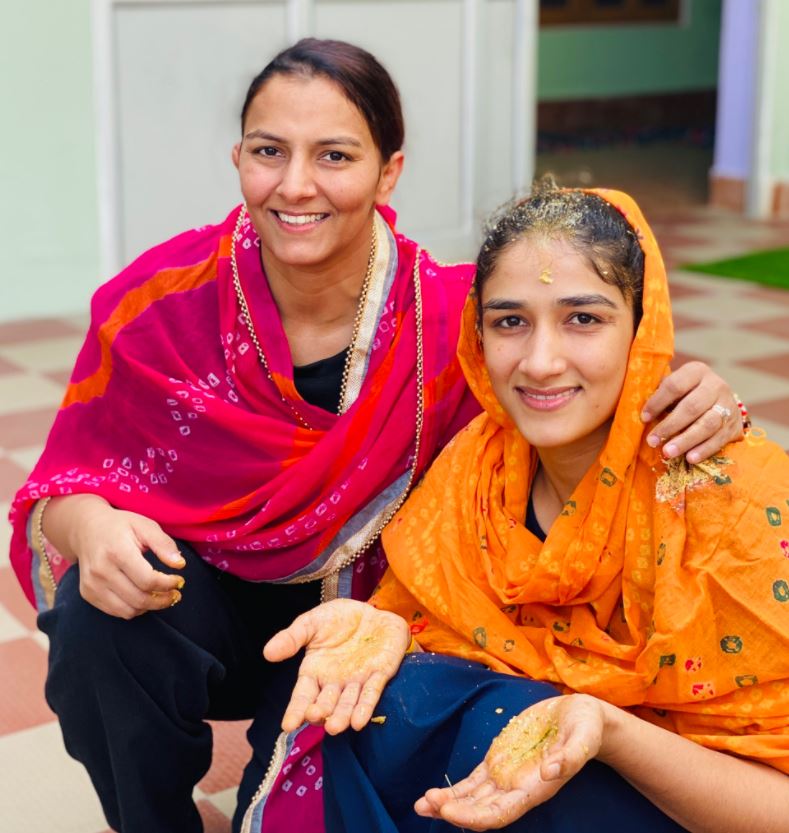 Post the baan ritual, the Phogat family had hosted the haldi ceremony of Sangeeta Phogat and for the function, the to-be bride had twinned in yellow with her eldest sister, Geeta Phogat and her nephew, Arjun Saroha. Sangeeta had made for a happy bride-to-be in a yellow coloured ensemble with floral jewellery and shades complementing her look. Geeta had opted for a yellow-coloured suit with contrasting pink dupatta and her little one had looked super-adorable in a yellow sweatshirt and black pants. Geeta and Sangeeta’s sister, Babita Phogat, who is expecting her first child, had opted for a comfortable white kurta. (Don't Miss: Kareena Kapoor Khan Says Pregnancy Is Not An Illness And That She Can't Sit At Home) 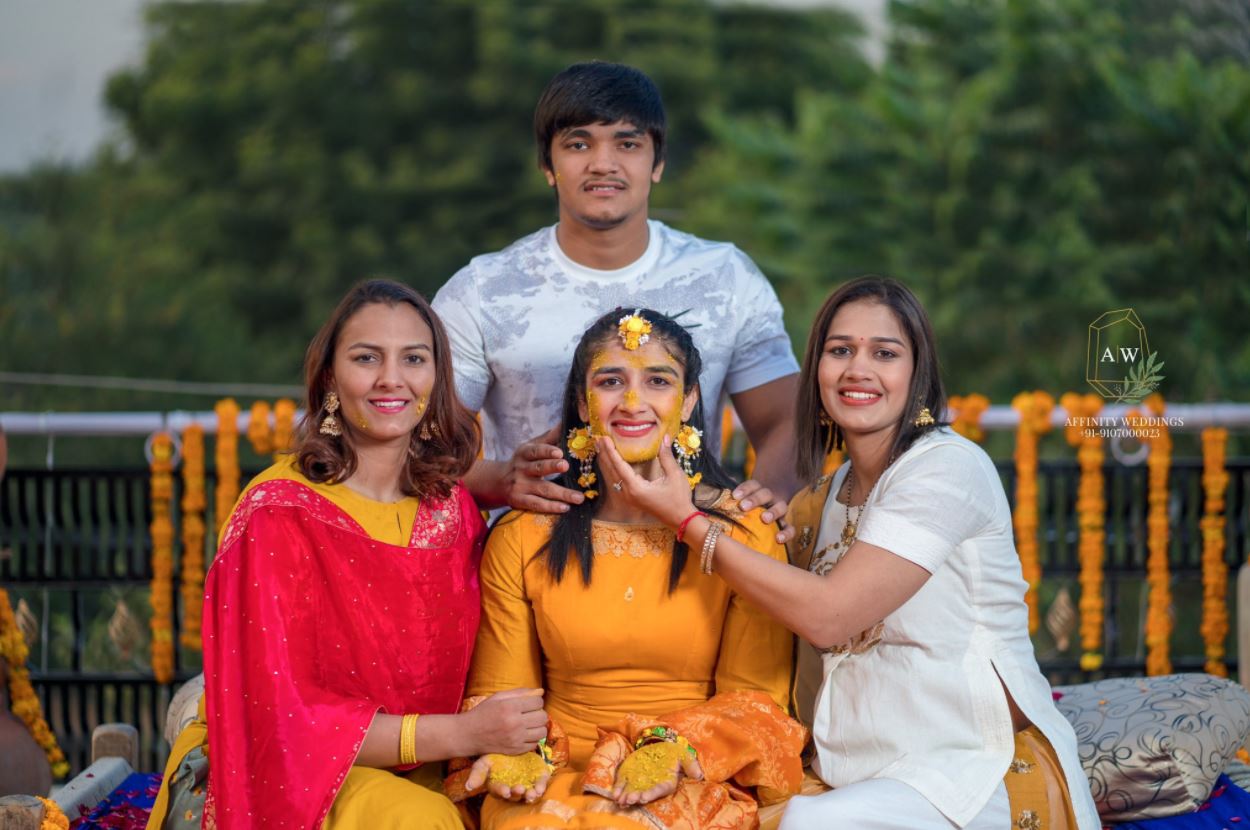 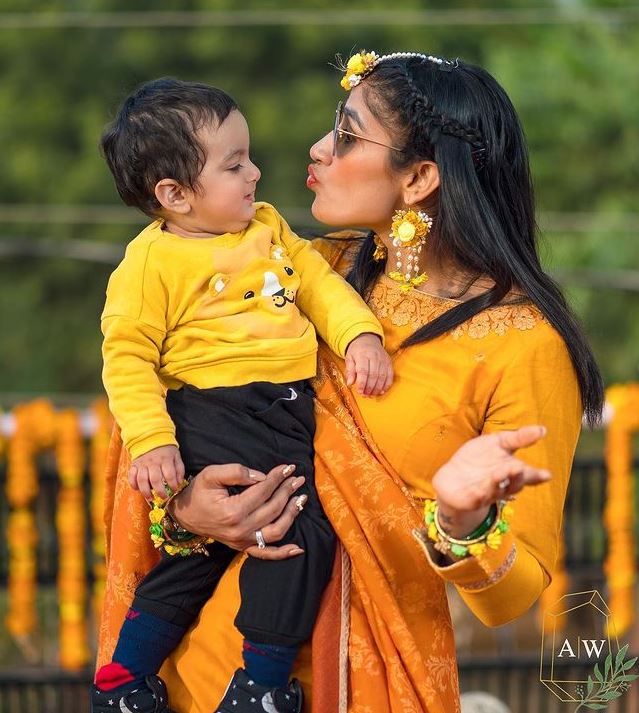 Isn’t Sangeeta looking like a dream in her wedding lehenga? As the most magical time of the year is here with the winter season, so comes the most-awaited wedding season. We wait the entire year for November and December as there’s no putting a full stop to the weddings that take place in the Tinseltown. Though in 2020, the pandemic has