Former Indian cricketer, Suresh Raina turned 34 and is celebrating his birthday at the Maldives with his wife and daughter. Take a look!

There's a saying that, "excellence and humility is a rare combination in this strange world." But there's one person, who had never called himself a 'great sportsman' even when he was inarguably the best of his generation. Yes! We are talking about Suresh Raina, who is an exceptionally talented middle-order batsman, one of the best fielders of his generation, and is the first Indian batsman to score centuries in all the three formats of the game. There's hardly any doubt that he is one of the finest cricketers of all-time in India's rich history. (Recommended Read: Kareena Kapoor Khan Says Pregnancy Is Not An Illness And That She Can't Sit At Home)

Talking about Suresh Raina and Priyanka Chaudhary's love story, the adorable couple had become each other's forever on April 3, 2015. After a year, Suresh and Priyanka had embraced parenthood as they had welcomed a little angel into their lives, whom they have lovingly named Gracia Raina. And their family of three had turned into four with the arrival of a baby boy, Rio on March 23, 2020. Since then, we are drooling over the pictures of this lovely family through their respective social media handles. 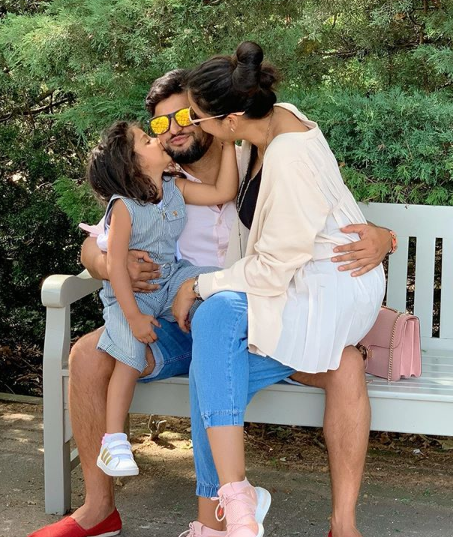 On November 27, 2020, former Indian cricketer, Suresh Raina took to his Instagram handle and shared some pictures from his birthday celebrations in the Maldives with his gorgeous wife, Priyanka Chaudhary and little angel, Gracia Raina. In the pictures, the adorable family can be seen enjoying some delicious meals in their perfect water dining. While Raina looked dapper with his headband, Priyanka looked like a stunning mermaid, but it's was little Gracia, who took away all the limelight with her stunning zebra-striped swimsuit. Along with the pictures, Raina wrote, "Birthday morning started with a delicious & healthy breakfast in the most beautiful setting" in the caption. Take a look: (Don't Miss: Natasa Stankovic Dances With Her Baby Boy, Agastya On 'Jai Jai Shiv Shankar' Song [Video Inside]) 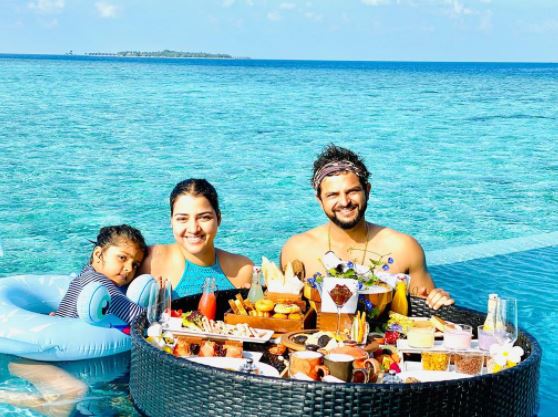 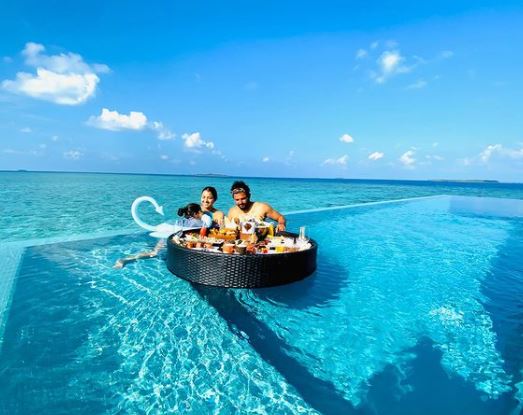 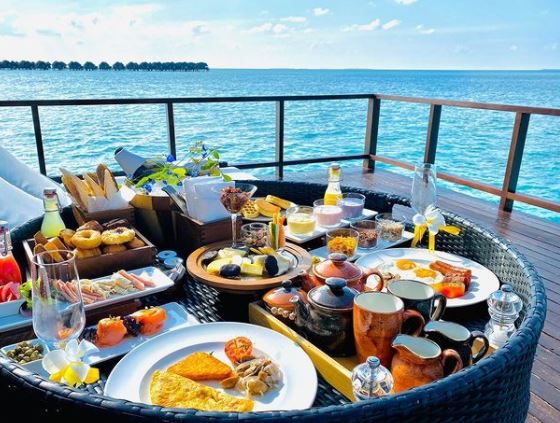 For the uninitiated, Suresh Raina's family of three had become four with the arrival of their baby prince, Rio in their lives. It was the doting mommy, Priyanka Chaudhary Raina, who had given a glimpse of their little cotton ball on April 2, 2020. She had taken to her Instagram handle and had shared a picture of her newborn's tiny hands. Along with it, she had written a long note, the excerpts of which could be read as "Our happy space just got a lot bigger, better and feels complete. Our little bundle of tremendous joy and happiness is over a week old now, and it warms my heart to even think how someone just a handful can make you feel whole. Thank you, everyone, for all the love & blessings you have sent to us." 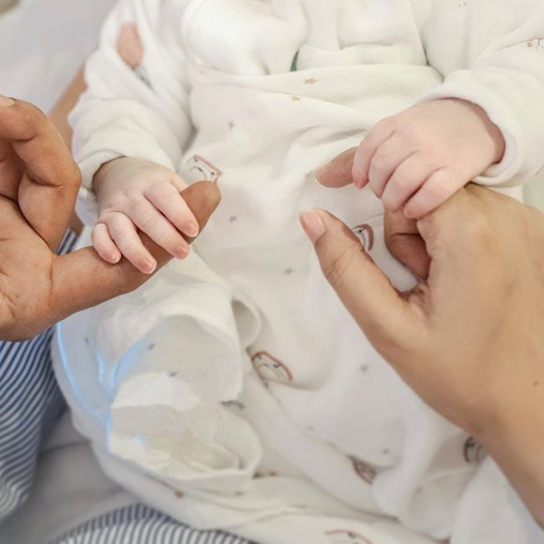 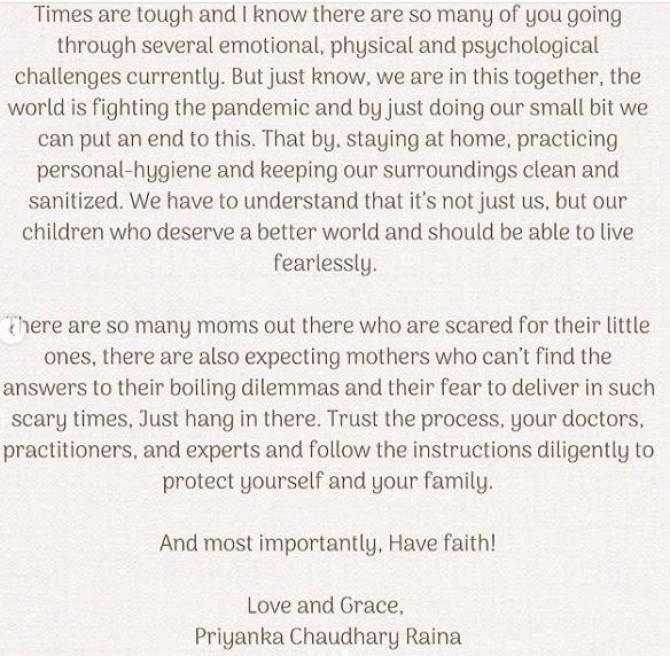 While on the other side, the proud daddy, Suresh Raina had announced the news about the arrival of his son to the world through a heart-melting Instagram post. The cricketer had shared a beautiful picture with his wife, who could be seen holding their newborn baby in her arms. He had captioned the picture as "The beginning of all things – wonder, hope, possibilities and a better world! We are proud to welcome our son & Gracia's little brother - Rio Raina. May he flows beyond boundaries, bringing peace, renewal & prosperity to everyone's life." Take a look: (Also Read: Kalki Koechlin Pens Her 'Inter Faith' Love Story, Reveals She Met Her Love At A Petrol Station) 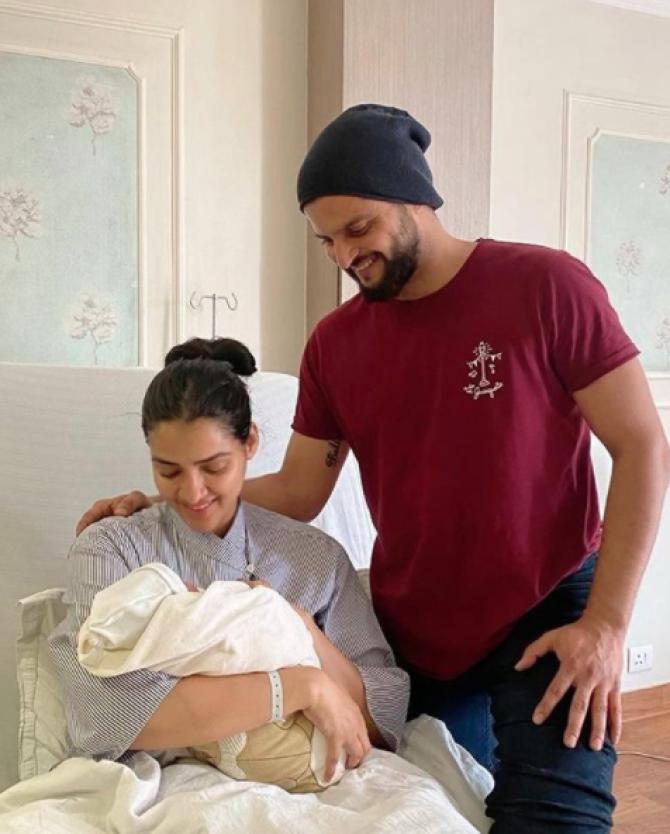