Gauahar Khan has returned from the Bigg Boss house, her beau, Zaid Darbar has extended a warm welcome for her. Scroll down to check it out!

Bigg Boss 7 winner, Gauahar Khan had entered the Bigg Boss 14 house as a 'toofani' senior and had kept all the freshers on their toes with her shenanigans. Now, after entertaining her fans for a while in the Bigg Boss house, Gauahar Khan is back, and we're wondering if her return has something to do with the rumours of her wedding! (Recommended Read: Neha Kakkar Flies To Delhi With Family To Kick-Start The Wedding Festivities, Shares A Sneak-Peek)

Reportedly, according to ETimes, Gauahar Khan is all set to tie the knot with beau, Zaid Darbar on November 22, 2020. Sources have informed the portal that both the families have finalised this date. The wedding will be a two-day, intimate ceremony with close family members and friends in attendance. As Gauahar Khan has returned from the Bigg Boss house, her beau, Zaid Darbar has extended a warm welcome for her. Scroll down to check it out! Gauahar Khan posted a dapper selfie flaunting her black shades and wrote, "Finally, in a world where I'm allowed to wear sunglasses! Hehehhehehe guess who's back? Hiiiiiiiiiiiiiiii my #CraZylot !!! Thank you for allllllllllll the love and support while I was in #BB14 #7yearsAndForever #Alhamdulillah I love You all!" On her happy post, her beau, Zaid Darbar welcomed her whole-heartedly and commented, "Welcome back with more Power Beautiful." check out the picture and the snapshot of the comment below: 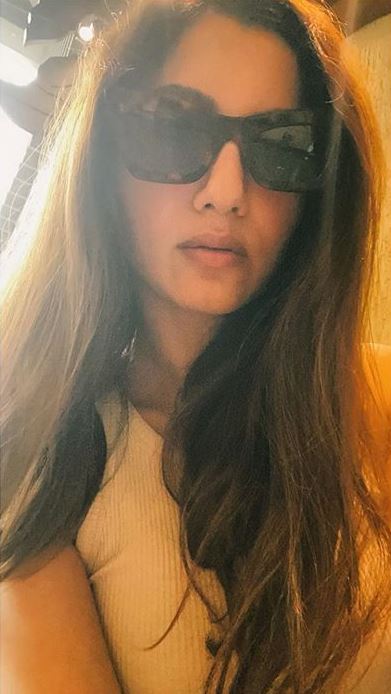 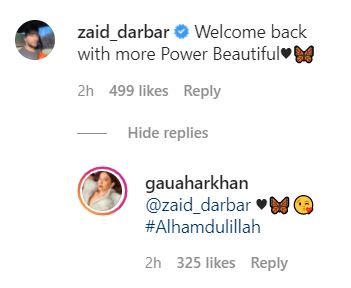 In an interview with ETimes, Zaid Darbar's father, music composer, Ismail Darbar had talked about his son's marriage speculations and his alleged GF, Gauahar Khan. The doting daddy had also stated that Gauahar had come to meet them a few days back and all his family members had liked her. He was quoted as saying, "Gauahar was with us for nearly 4 hours; we had a biryani dinner together. If the vibes are not good, I don't think one can sit for more than 4 minutes with anybody in today's times. My son Zaid has told me that they are serious about each other. I have absolutely no objection. As a father, I did tell him once that she is 5 years older than him, and make sure that this is real love before you take the plunge into matrimony." (Also Read: Sonam Kapoor's Hubby, Anand Ahuja Is Amazed By Anil Kapoor's Shirtless Pictures And Fitness Journey)

Further in his interview, Ismail Darbar had also said that his wife, Ayesha had liked Gauahar a lot and had found a genuine partner in her for their son, Zaid. He had continued, "My son seems sure. And from the time, Gauahar spent with us, I can assure you that she takes immense care of him. Besides, my wife Ayesha has a knack of knowing if a person is genuine after she talks to him/her; she has found Gauahar genuine." In the same interview, Zaid's mother, Ayesha had added, "We are happy in every decision that Zaid takes. Gauahar is a very sweet girl. We have left it to them to decide what they want to do with their lives." 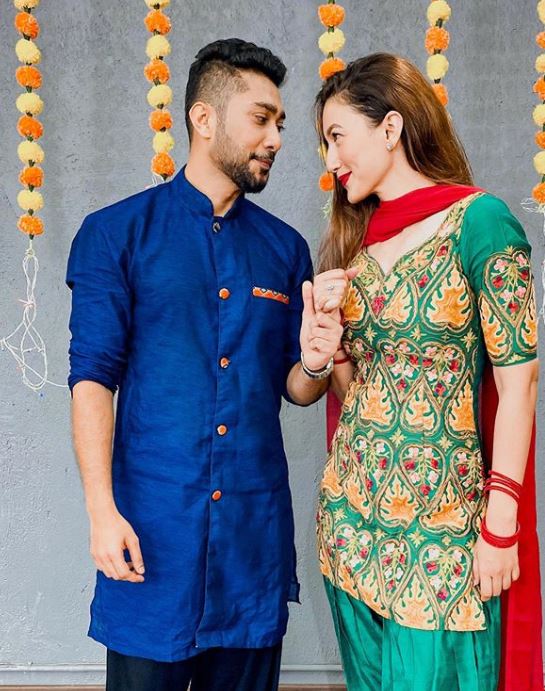 Earlier, in a conversation with The Times of India, Zaid Darbar had also opened up on his marriage plans and had denied the rumours. He had said, “Whose wedding? We are just family friends, if there is anything we won't hide, it will come out. Just wait for some time, we will tell everyone whatever it is.” Reacting to the wedding rumours, he had said, “Yes, but I've heard most probably she is getting married this year. I've heard that too again.” (Don't Miss: Parzaan Dastur Of 'Kuch Kuch Hota Hai' Fame Is All Set To Tie The Knot, Introduces His Fiancee Delna)

Well, we're eagerly waiting for the truth about Gauahar Khan and Zaid Darbar's wedding to come out soon!