Revealing the goal, he has set for himself and how he managed to overcome his Punjabi love for food to follow his diet, Anil Kapoor posted shirtless pictures of himself and shared his fitness journey.

He is the one, who at 63 can put men half his age to shame, thanks to his immaculate grooming game and the way he keeps himself fit! There are no second thoughts that Anil Kapoor is ageing in reverse and his IG handle is proof of the same. Just scroll through his profile and you would know why he is synonymous to ‘jhakaas’. He dedicatedly puts in the efforts and hours to stay at his best shape, and to stay fit. Over the years, he has managed to keep an updated sense of style. Whether it’s the 70s, 90s or 2020, Anil Kapoor is as good looking as he was back then while we struggle to look half as good as him as we cross 30. (Also Read: Saif Ali Khan's Sister, Saba Ali Khan Praises Her Bhabhi Kareena Kapoor's 'Radiance Of Inner Beauty')

The lockdown wasn’t an excuse for Anil Kapoor to skip his workout regime and with each passing day, it looks like he has gotten younger. In July, he had posted a picture of himself, working out and another, flaunting his muscles. Anil had captioned the pictures as “I have never been fitter than I am today...stronger in mind, stronger in body... #motivatoniskey #moodoftheday.” In August, he had given a glimpse of ‘when muscles look better than the face’. 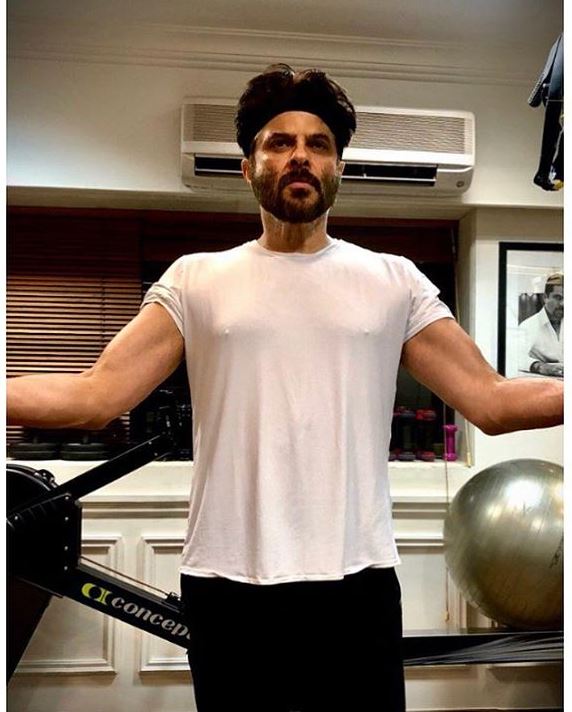 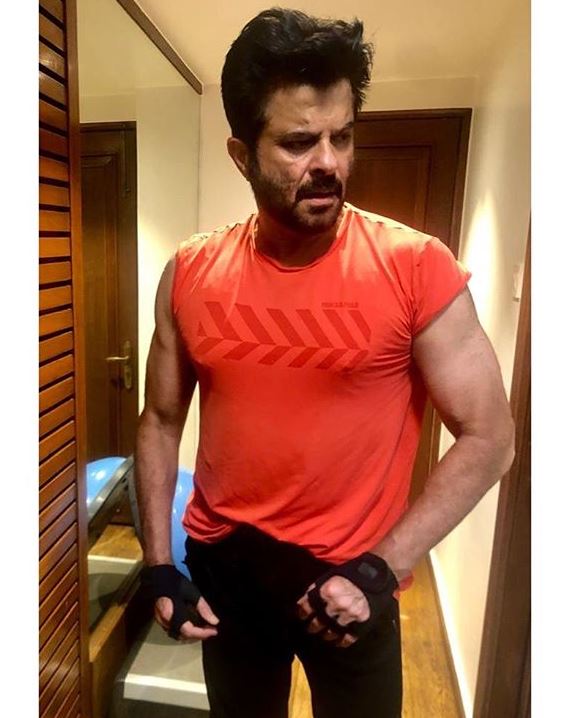 Revealing the goal, he has set for himself and how he managed to overcome his Punjabi love for food to follow his diet, Anil Kapoor posted some shirtless pictures of himself and captioned it, “This papa doesn't preach, just removes his top and walks to the beach. Everyone has a weak point. Mine is food. The Punjabi boy in me needs the taste buds ignited, my eyes always bigger than my belly. During lockdown, I have set myself the task of achieving a new sharper look. This new look needs a new approach to eating. Both Harsh and my trainer Marc have taken it upon themselves to remind me constantly and lay down eating plans. I try and I battle. Sometimes I even fall.” 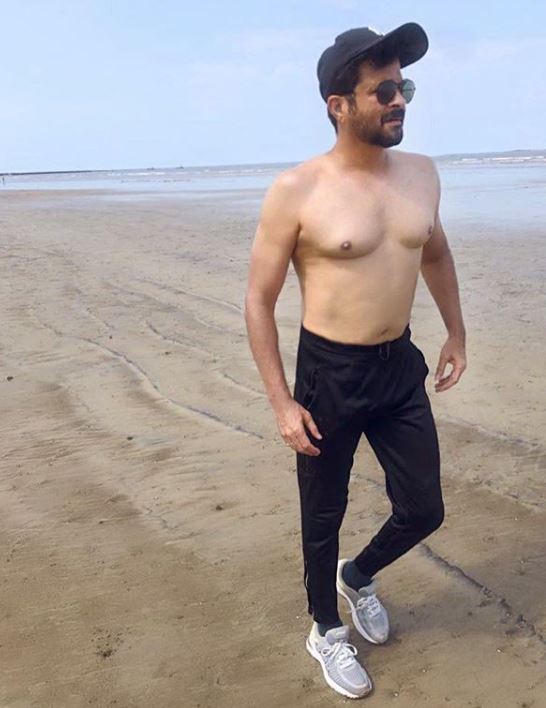 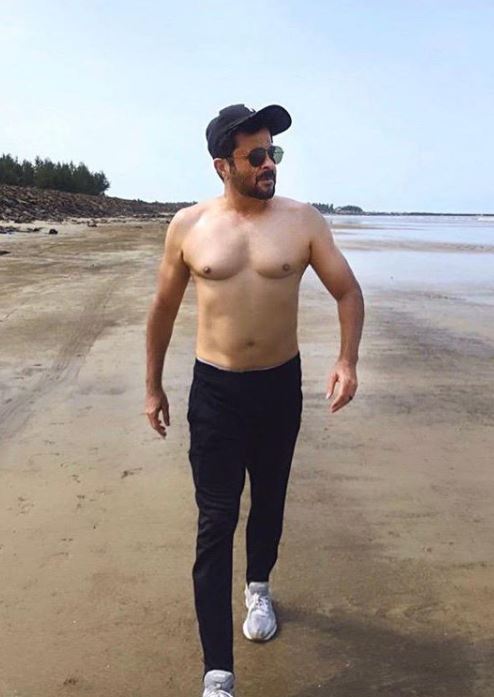 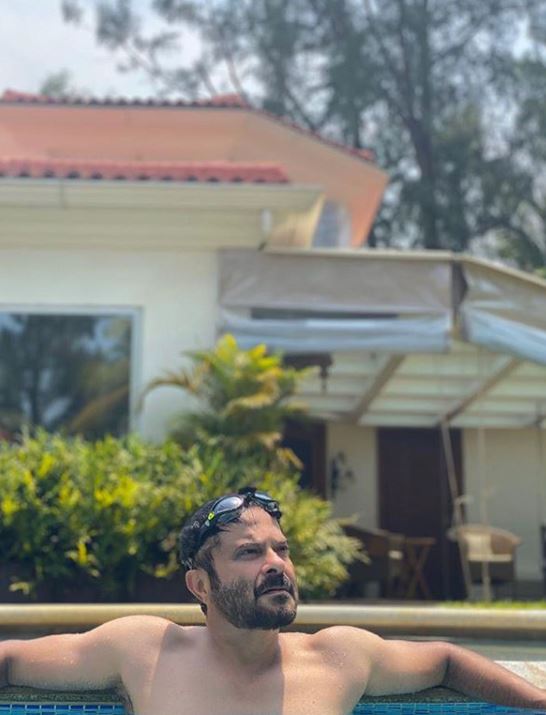 Speaking of how he had involved everyone in the house to that he can follow the diet, Anil Kapoor continued, “And what I've learnt through it all is that a chain is only as strong as it’s weakest link. So everyone in the house had to get involved. From those who kindly cook my food to the support of my family gathered round me at meal time. Fitness is never a one man/women crusade, it’s about support and encouragement when we need it the most. (Always get family involved and on board to help you in any diet if you wish to make it truely a success) Is it easy? Not always, if I am honest. Some days the Punjabi boy sulks a little, but then some days, like this day with this picture... it makes it all worth it...” His daughters, Sonam Kapoor Ahuja and Rhea Kapoor, his son-in-law, Anand Ahuja and his industry friends were amazed by his pictures. (Also Read: Anil Kapoor Shares Unseen Pictures From His Daughters, Sonam Kapoor And Rhea Kapoor's Childhood Days) 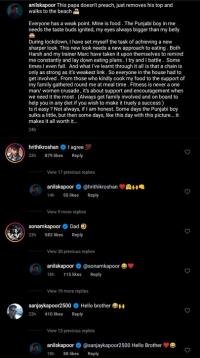 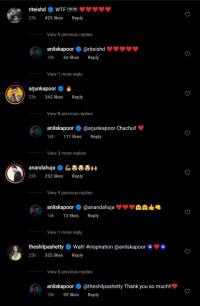 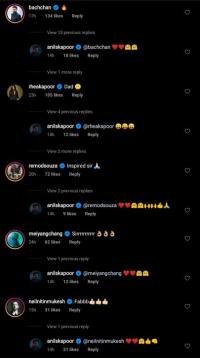 On Anand Ahuja’s birthday, Anil Kapoor had penned a sweet and heartfelt note for his son-in-law. Saying that though Anand was not born in their family but he seems to be born to be a part of it, Anil Kapoor had captioned his birthday post as “You may not have been born into our family but you seem to be born to be a part of it!! Happy Birthday @anandahuja! It takes a thousand prayers & a million acts of kindness to get blessed with a son-in-law like you and we are extremely proud of you!” In 2019, to mark Anand’s birthday, Anil had posted three pictures of his son-in-law and had captioned them as “From the day that you came into our lives, you have made our hearts, home and lives happier @anandahuja! Thank you for giving @kapoor.sunita & me so many reasons to be thankful and proud of you every single day! Happy Birthday beta! We love you with all our hearts!” 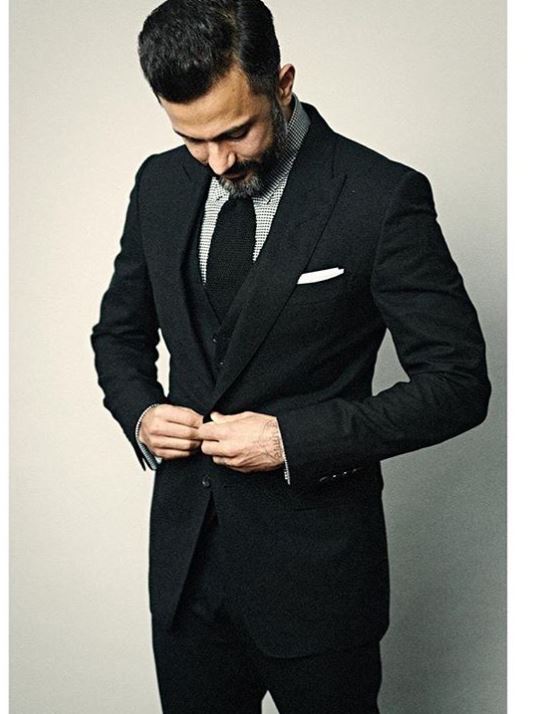 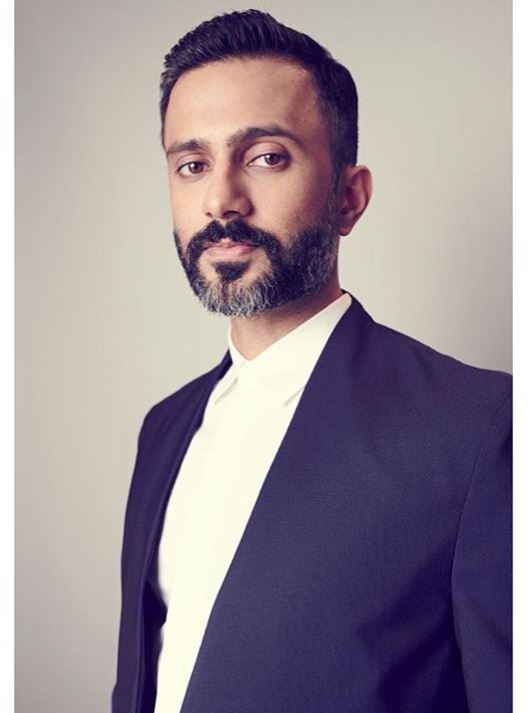 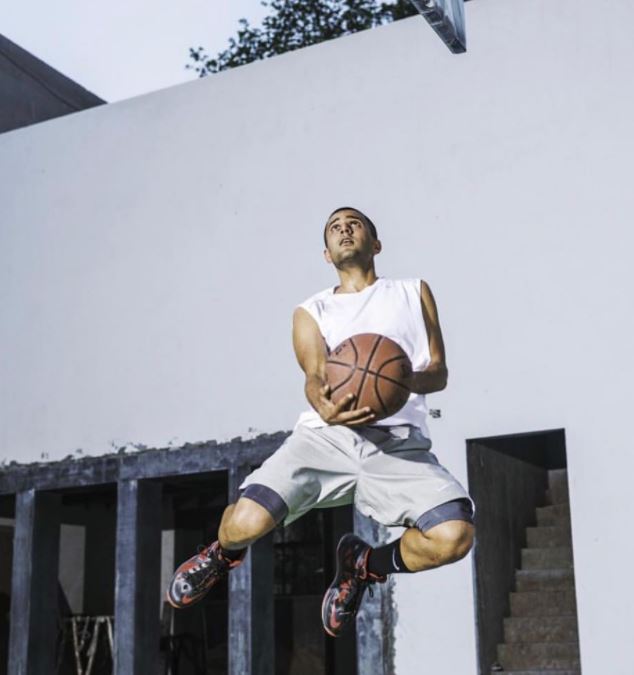 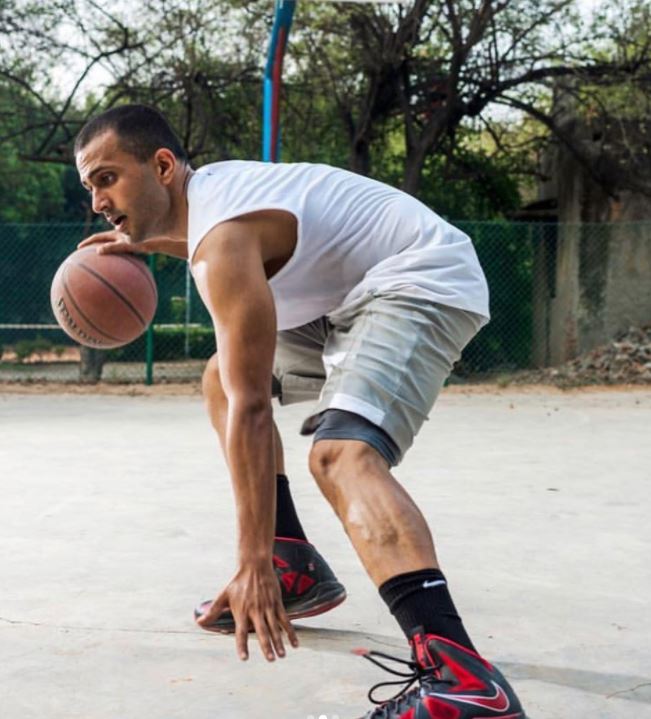 In a throwback interview with the Hindustan Times, when Anil Kapoor was asked how Anand Ahuja is as a son-in-law, he had retorted, “He’s not my son-in-law, he’s like my son... I’d say friend. We bond over health, fitness and loving our parents and family. He’s very work-oriented, so we talk about that. Of course, there are things that I learned from him, since he has travelled so much, has studied in one of the best universities. These things I’m taking from him. He’s young, and comes up with great, fresh ideas where health is concerned. He has got a lot of depth and is very spiritual. It’s a combination of so many things we relate and connect to.” (Also Read: Rhea Kapoor Has An Epic Reaction To Dad, Anil Kapoor's Youth, Reveals All The Junk Food He Eats) 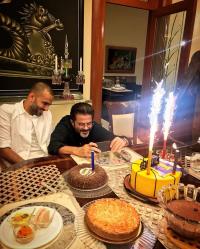 We hope we manage to stay half as fit as Anil Kapoor even in our 20s!