April 24, 2017, was a saddening and shocking day for many. That was the day when Bollywood’s one of the most revered couples, Farhan Akhtar and Adhuna Bhabani got divorced. It surprised everyone as there was no hint of any marital turmoil in their lives. But, for the reasons best known to them, they did part ways, and even after their divorce, they definitely maintain an amicable relationship with each other.

A comment on Instagram by Farhan Akhtar is a proof of the cordial relationship the two share. So what happened was that Adhuna shared a pic on her Insta handle with her boyfriend, Nicolo Morea. In the pic, she can be seen cheering with Nicolo and her friends and wearing the T-shirt of Roots Football Academy, India’s first amateur Football League. Also, the T-shirt proudly carries the name of B Blunt, an esteemed and popular salon that Adhuna owns. (Also Checkout: 8 Television Couples Who Are On Talking Terms Even After Divorce) 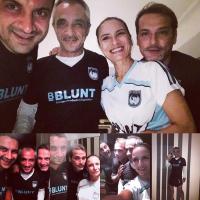 Ex-husband, Farhan replied to her pic which reads, “Nice jerseys Od. You all look great but GB image bottom right is the bomb! Hehehe.” Isn’t this cute to see him commenting on ex-wifey’s post? This just goes on to show that friendship is possible even after divorce.

A couple of months ago, Adhuna had posted a beautiful poem on her Insta handle as well, which spoke reverently of Farhan. One of the lines of the poem (below) stated, “The father of my children is a good human being.” 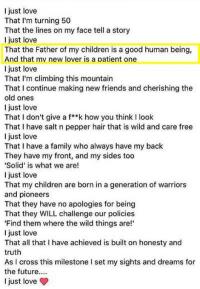 Minutes after Adhuna had posted the above poem, people started speculating who hew ‘new lover’ is. And later, sources revealed, that Nicolo is Bollywood actor, Dino Morea’s brother. If these sources are to be believed, then Adhuna and Nicolo have been dating each other for more than six months now.

Post their divorce, Farhan was allegedly involved to be in a relationship with Shraddha Kapoor. However, Shraddha herself denied such reports and said, “I got a message from someone telling me about this article, and initially, I was amused. While it doesn’t make a difference to me because I know it’s not true, it’s sad that these false stories go so far that people forget we are human, too. Of course, we are actors and there will be people who would probably want to read something gossipy about us, but when it involves my father, my aunt and my co-star, it’s taking it too far.”

She unfollowed Farhan on Instagram post these conjectures surfaced online and even cleared the air about her live-in relationship status with Farhan. She was quoted as saying, “Yes, I am living in… with my parents! I was born and brought up in this house. It’s a joke within the family that I will bring my husband home (laughs). It’s because I’m so happy living with my family. I have a house of my own where I have my meetings and keep my extra stuff. I have no intention of moving out of my parents’ home and moving into my own apartment, let alone someone else’s! About live-in relationships in general, I believe in live and let live. If it suits somebody and someone is happy, then it’s totally fine -to each his own.”

Well, clearly Farhan and Shraddha’s relationship reports were a hoax, and on the other hand, Adhuna has definitely moved on in her life. It’s heartening to see Farhan commenting on Adhuna’s post. We hope to see more of such adorable and sweet gestures by the two.

Next Read: Ajay Devgn On His Wedding: Came Out Of My Bedroom, Got Married On Terrace, Went Back To Bedroom Fans get shattered when any of their favourite celeb couple parts ways. But soon they respect their decision and wish that they move on in their lives. One of the celeb couples who shocked all their fans when they got separated is Farhan Akhtar and Adhuna Bhabani in 2017. Now,