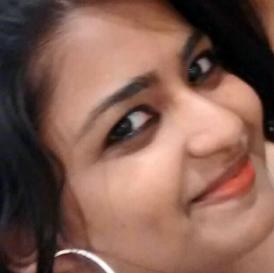 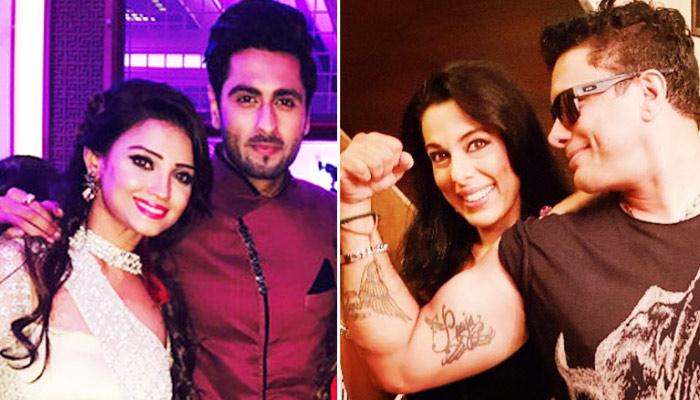 Break ups are never easy as they come with a lot of pain and memories that are hard to forget. Post-break up, most of the couples choose to remain strangers to each other for their entire life. But, some couples, for the sake of good times spend with their exes, decide to end their relationship on a cordial note and remain friends.

Here is the list of those television couples who didn’t let their break up be an ugly one and parted ways on an amicable note. These couples were once in love and are now friends with each other. Take a look! 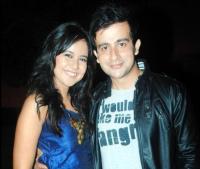 This pair got lots of love from fans for their on-screen chemistry in Na Bole Tum Na Maine Kuch Kaha, and they were more than happy to see them together in real life too. They had been into a long-term friendship before they started dating. So, after they parted ways, they decided to resume their friendship, realising that they did better as friends than lovers. Though, this didn’t happen immediately. They stopped talking to each other right after the break up; eventually, becoming more comfortable with each other as friends. 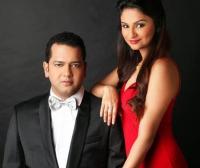 The duo had a dramatic wedlock on television; the one that everyone remembered. They stayed in this alliance for 4 long years, and parted ways after that. Both say that they nurture no hard feelings; rather, the friendship between the two has become stronger. The estranged couple was once again seen sharing a frame in Bigg Boss 8 after the break up. And it was evident, that the new relationship status between them is “just friends”. A year after their divorce, Dimpy tied the wedding knot with her long-time boyfriend, and Rahul started dating a co-star. Though, after seeing a lot of bad relationships, he is taking his time with this new alliance.

Must Read: 13 Famous TV And Bollywood Celebrity Couples Who Are Separated But Not Divorced 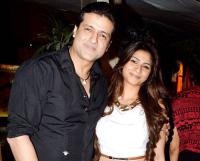 They both met inside the Bigg Boss 7 house, and got attracted to each other. The chemistry between the two was brilliant and audience built high hopes of seeing them together after the show too. But, nothing like this happened. Both of them parted ways, saying they don’t have much in common. Well, they are still friends, ever since the Bigg Boss Season 7 happened to them. Rumours are that Tanishaa's mother, Tanuja, didn't approve of this relationship. 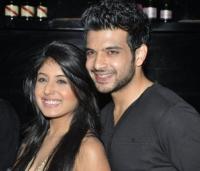 It started on the sets of Kitani Mohabbat Hai. Yes, they were deeply in love with each other. But unfortunately, this didn't work out as it should have. Kritika and Karan broke up with each other, but their friendship survived the pains of heartbreak. Kritika proved that they both are still bound by the strings of friendship when she wished Karan on his birthday this year, on Instagram. Karan has also moved on in life and is in a very committed relationship with Anusha Dandekar.

Naagin’s very famous Sesha aka Adaa Khan was dating Sapne Suhaane Ladakpan Ke fame actor Ankit Gera. The two were madly in love with each other, and then came the news of Ankit double-timing her with another actress from his show Roopal Tyagi. Adaa and Ankit had a bitter break up then and have maintained distance ever since. She even once said:

"Now when I see around I find this very common. Almost everyone is having a fling. Even married men are having an extra-marital affair it has become very normal. But for me it was a shock. So I have decided to stay away from it. Today people have flings in the name of friendship. For me when I love someone I would want that relationship to be successful. If again something like this happens, it will break me. After the heartbreak I have evolved as a person, I have definitely grown as a person. I have learnt my lesson. I have totally changed as a person.”

You May Also Like: Extremely Talented And Famous Bollywood Vamps And Their Lesser Known Husbands 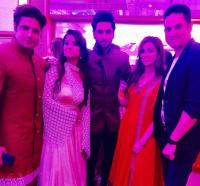 Nonetheless, the actress has now buried the hatchet and are friends with each other now. Actually, at the engagement ceremony of actress Puja Banerjee and Kunal Verma in August 2017, Ankit and Adaa were spotted together and they even clicked a picture with each other (see above). 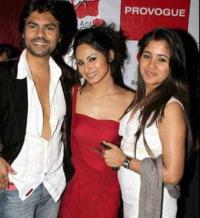 Narayani Shastri and Gaurav Chopra once made one of the most loving couples from the small screen world. They dated for a long time before calling it quits eight years ago. Narayani shares a good rapport with her ex-boyfriend and not just her, even her husband Tonny. 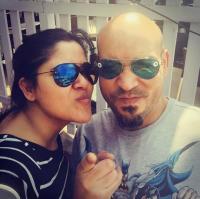 Here’s what she said in a recent interview:

“The good thing about Tony is that he’s an easy person. I take my time to become friends. He understands what I need and where I stand with my fundas in life. He is more friends with my exes than I am. I talk to Gaurav once in a month but they talk a lot and also hang out with each other. I’m cool with that.”

Must See: 10 Popular Villains Of Bollywood And Their Lesser Known Gorgeous Wives

Pooja and Akashdeep met each other on one of the most famous reality shows, Bigg Boss and soon they fell for each other. In fact, their relationship grew stronger after the show got over and Akash even tattooed Pooja’s name on his bicep. She was touched by his gesture and even said:

“The huge Pooja tattoo he had done symbolises I am his strength. It was very brave of him to get a permanent tattoo as a token of our love. And he has tattooed my whole name, not just initials which can be made into some other design later in the event of a break-up. It shows his huge commitment to our relationship.”

Things didn’t work well for these two and they parted ways in 2013 on an amicable note and are still friends with each other. In fact, lately, Pooja posted a lovely picture of them showing off the tattoo Akash did of Pooja’s name on his bicep. Here’s the picture: 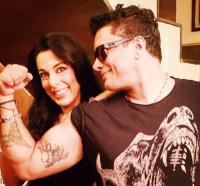 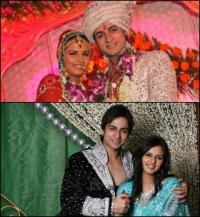 Shaleen and Daljiet walked down the aisle in 2009 and they legally got divorced in 2015. Together they have a cute little son whose name was Shaarav when they were together and Daljiet changed it to Jaydon after they went separate ways. Even after their bitter divorce and so much of mudslinging, the two are on talking terms. Shaleen in an interview said:

"Oh we are on good terms and are great friends. They are my family irrespective of whatever happened and it's my duty to keep them happy. During the wedding, I had promised Dalljiet that I will give her whatever she wants. And I have been following that. She wanted a marriage, I gave her that, she wanted to separate, I gave her that too. We don't have any negativity or bitterness amongst us and both make sure that it never affects our son."

Recommended Read: Bollywood Stars And Their Super-Luxury Gifts Will Take Your Breath Away

Relationships among the celebrities have always been difficult; meanwhile, this idea of sticking along as friends seems like an act of maturity. Heartbreaks are easier to deal with this way. It feels happy to see our favourite celebrities strongly surviving the break ups, and none the less, sending a positive note among their fans that it’s not that it is not that difficult to deal with it after all!