Celebrities have a craze for expensive things and Sanjay Dutt is also one of them. From possessing expensive flats in Bandra to branded cars, the actor and his wife also own some top-notch things.

Since 1981, actor, Sanjay Dutt has been winning the hearts of his audiences with his impeccable performances. Though the actor's love life has always made it to the headlines, what we are not aware of is that Sanju baba wears his heart on his sleeve and loves to own some really high-end expensive things that amp up his class and status.

There is no doubt that Sanjay Dutt is one of the highest-paid actors of Bollywood, so that is sure to get reflected in his lavish lifestyle too. The actor not only believes in possessing these super-expensive things for himself but also believes in gifting them to his wife, Maanayata Dutt. From a 100 crore bungalow, which Maanayata had refused to accept to a Rolls Royce Ghost, Sanjay has gifted some really expensive things to his wife.

Recommended Read: Sanjay Dutt And The Women In His Life, From Tina Munim, Madhuri Dixit To Maanayata Dutt 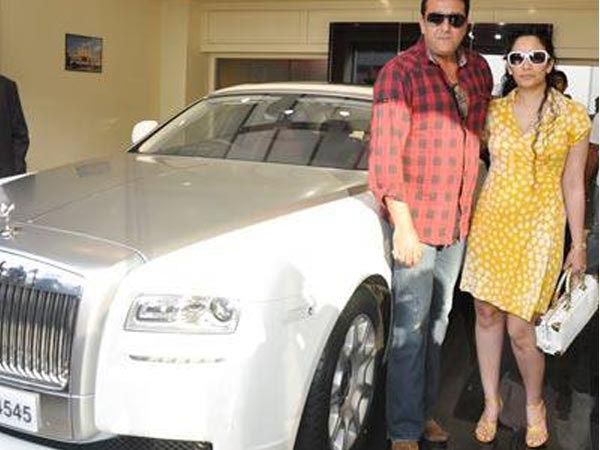 It's an established fact that Bollywood celebs share a long and deep relationship with luxurious cars. And Sanjay Dutt is one B-Towner, who is known for his extensive collection of cars and bikes. The man, who is a self-proclaimed car lover, owns a Lexus SUV, Mercedes-Benz M-class, a Porsche SUV and a Toyota Land Cruiser. He had gifted a Rolls Royce Ghost to his wife, Maanyata Dutt, after she had given birth to their twins, Iqra and Shahraan. Painted in a shade of white, the car comes with an attractive red interior theme along with a brushed steel shade bonnet and is usually priced at Rs 3 crores or more. Maanayata's gift to Sanjay on his 57th birthday - an Audi Q7 A man, who never misses a chance to surprise his wife with expensive gifts, deserves something in return too. The white Audi Q7 was gifted to Sanjay by his wife, Audi Q7. This car was the top-of-the-line model from the German automaker and is used by Baba for his daily commute purposes. This one is a diesel-powered SUV and gets a 3.0-litre V6 engine that produces 245 bhp. Talking about speed, this one does the 0-100 sprint in 7.1 seconds, making it a really powerful SUV to own. The car is normally priced at Rs 74.43 lakhs.

The latest addition to his collection - Range Rover Vogue This one is the latest addition in Sanjay Dutt’s garage. Sanjay Dutt has got a wide variety in cars. However, the Range Rover Vogue is a popular choice among Bollywood celebs nowadays. It is one of the most expensive SUVs sold in India and comes with a starting price tag of Rs. 2.11 crores. Just like the other cars, this Range Rover has also got a special connection where all the cars have got the number ‘4545’. This one, too follows the trend! 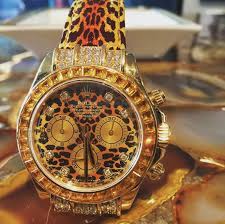 Sanjay Dutt is one of Bollywood’s wealthiest stars, and he knows how to show his wealth off with some of the things that he owns. In his wardrobe, Sanjay has a leopard print Rolex watch that has eight diamond dials with luminous hands and diamond hour markers on it. This Rolex uses 36 of the precious gems to ornate the bezel. It is the coolest watch and looks very rich. It had cost him Rs 33 lakhs, and the leopard print gives an overall classy look.

Suggested Read: Throwback Interview Of Sanjay Dutt About Ex-Girlfriend Tina Munim: I Am Very Possessive About Her 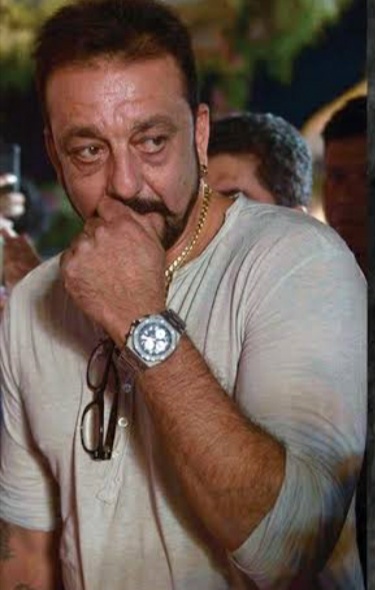 The 62-year-old Bollywood actor and producer, Sanjay Dutt, had once sported a 41mm Audemars Piguet Royal Oak Offshore Chronograph in 18k pink gold with an alligator strap and a blue “Grande Tapisserie” dial. The watch is priced at around 30 lakh rupees.

Flats at Imperial Heights in Bandra 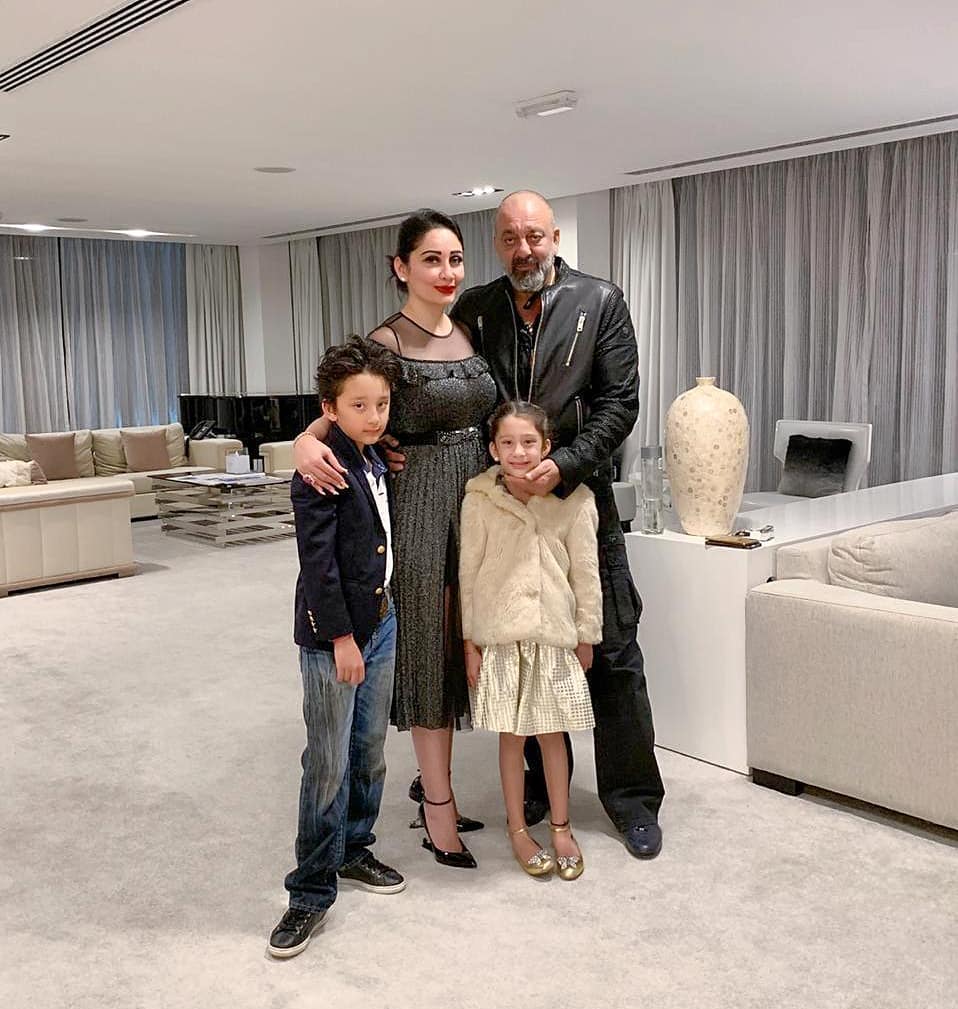 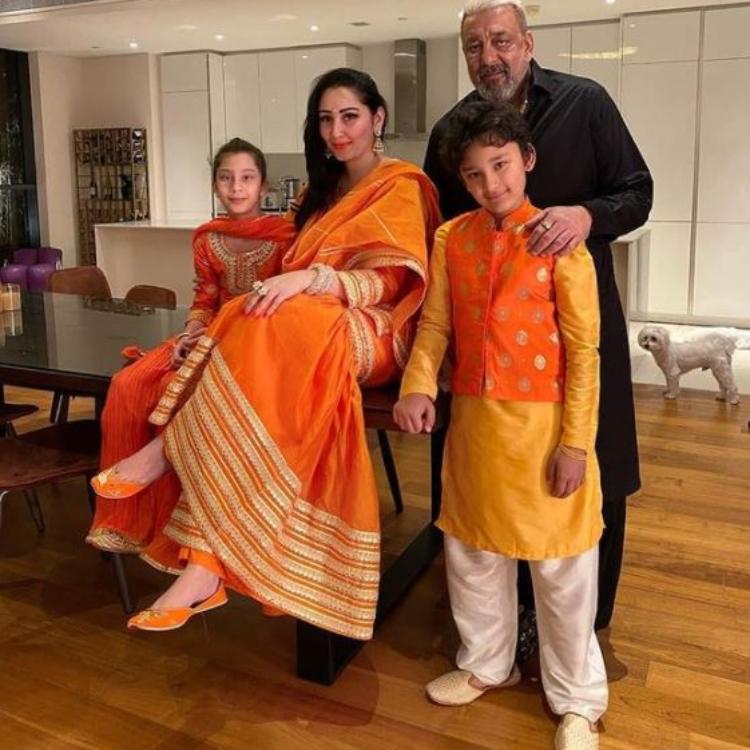 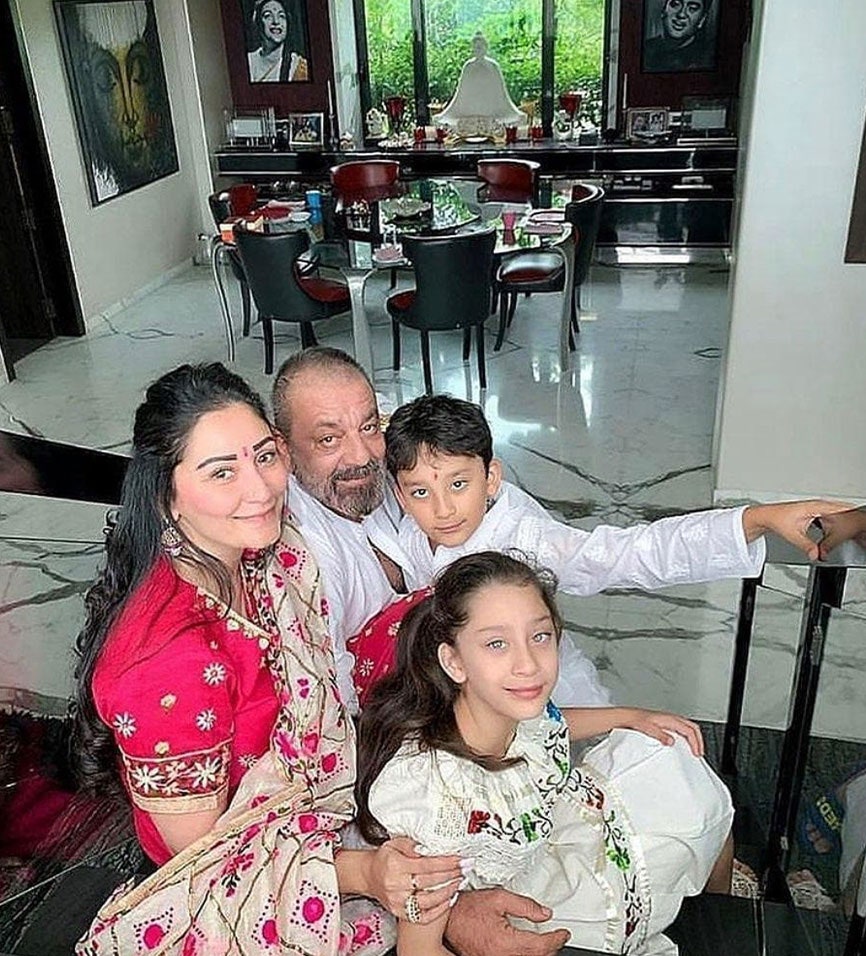 Sanjay Dutt owns several properties in Mumbai's Imperial Heights. The value of his luxurious properties is hard to accurately estimate due to the unavailability of information regarding the total space of the flats. However, we can get an idea from an apartment sale conducted by Sanjay Dutt’s sister, Priya. She sold her 1,675-sq ft apartment at a whopping Rs 93,000 per sq ft and mopped up Rs 15.60 crores in the process. The stamp duty paid to register this apartment was itself Rs 78 lakhs. Sanjay Dutt and Maanayata Dutt's house is located at Palli Hill in Bandra West, and the duo often shares glimpses from their super expensive and nicely decorated house. Sanjay Dutt is very close to his late parents, Nargis and Sunil Dutt. Their presence is felt in his house, with paintings, artwork and pictures of them found everywhere from the dining room to the bedroom. Iqra and Shahraan’s black and white photos can also be spotted in several corners of their home. 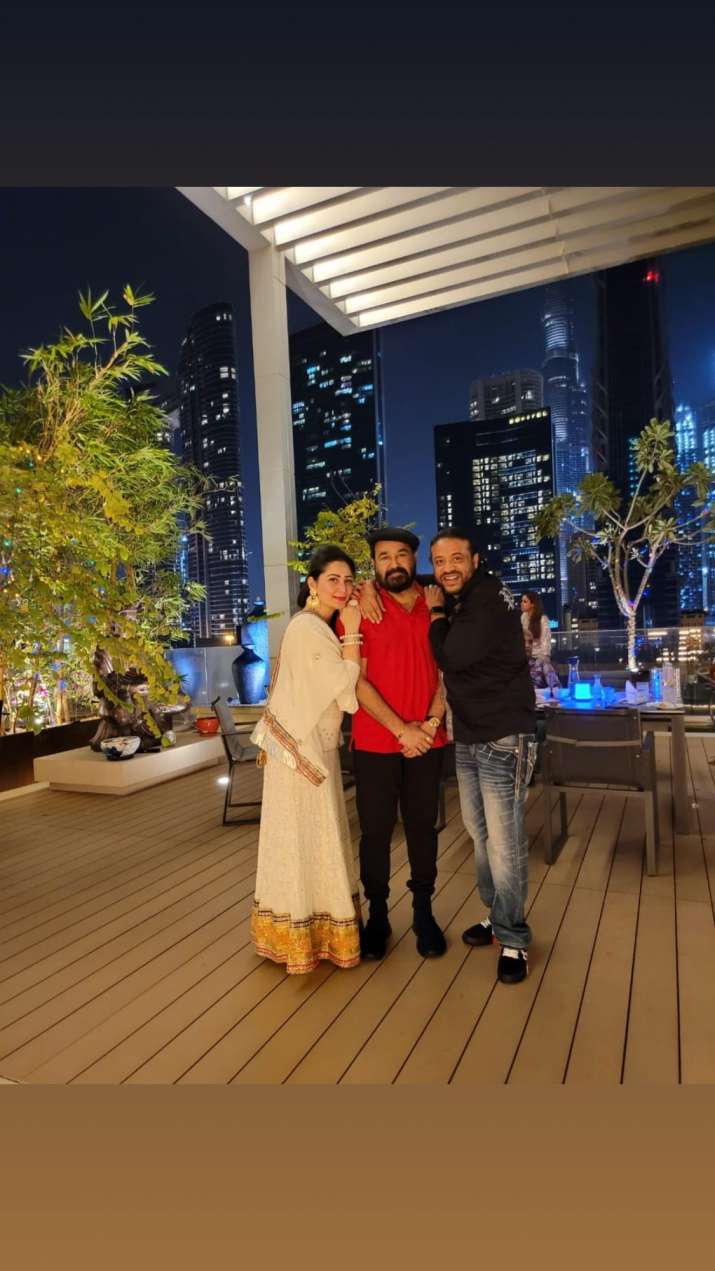 Sanjay Dutt has been referring to the desert emirate as his new home after receiving a golden visa for the UAE, which enables foreigners to live in the country without a national sponsor. He had been to Dubai for his cancer treatment. At times, his wife, Maanayata and children, Iqra and Shahraan also visit him. In 2020, Sanju baba had celebrated Diwali at his Dubai home with Malayalam film star, Mohanlal, Maanayata, Shahraan and Iqra. Mohanlal had shared the pictures from their celebration on his IG handle. 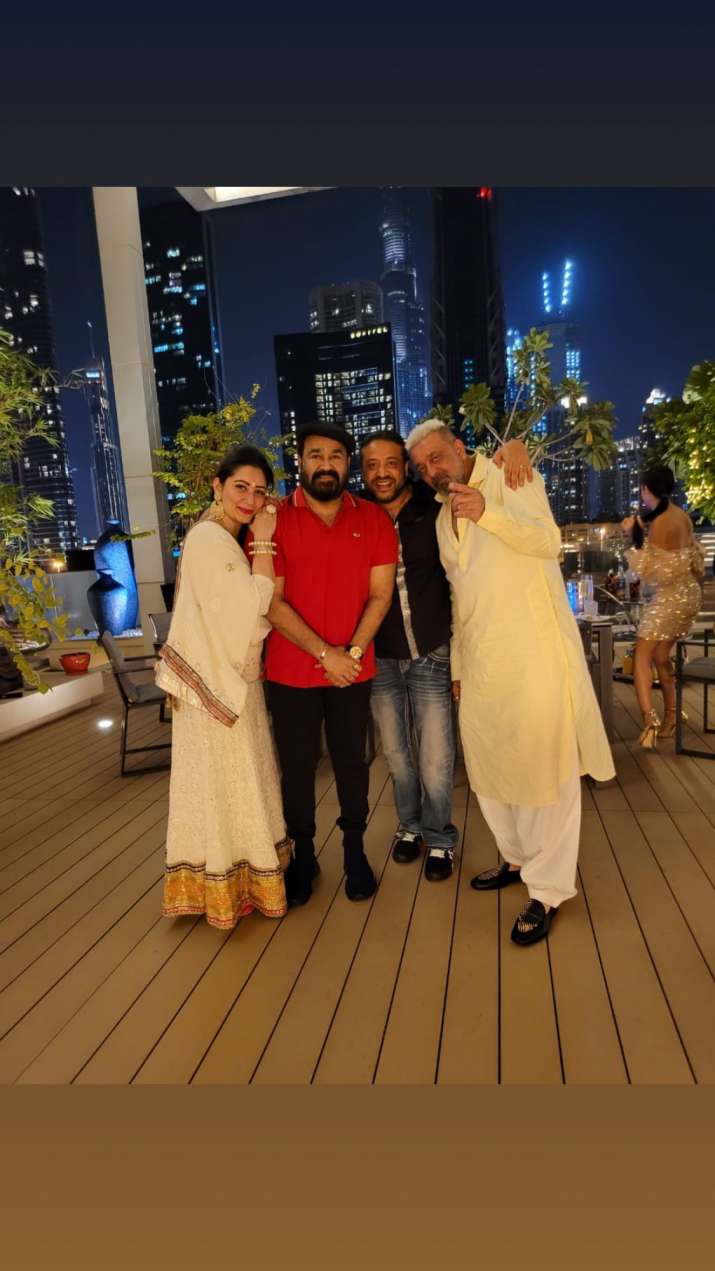 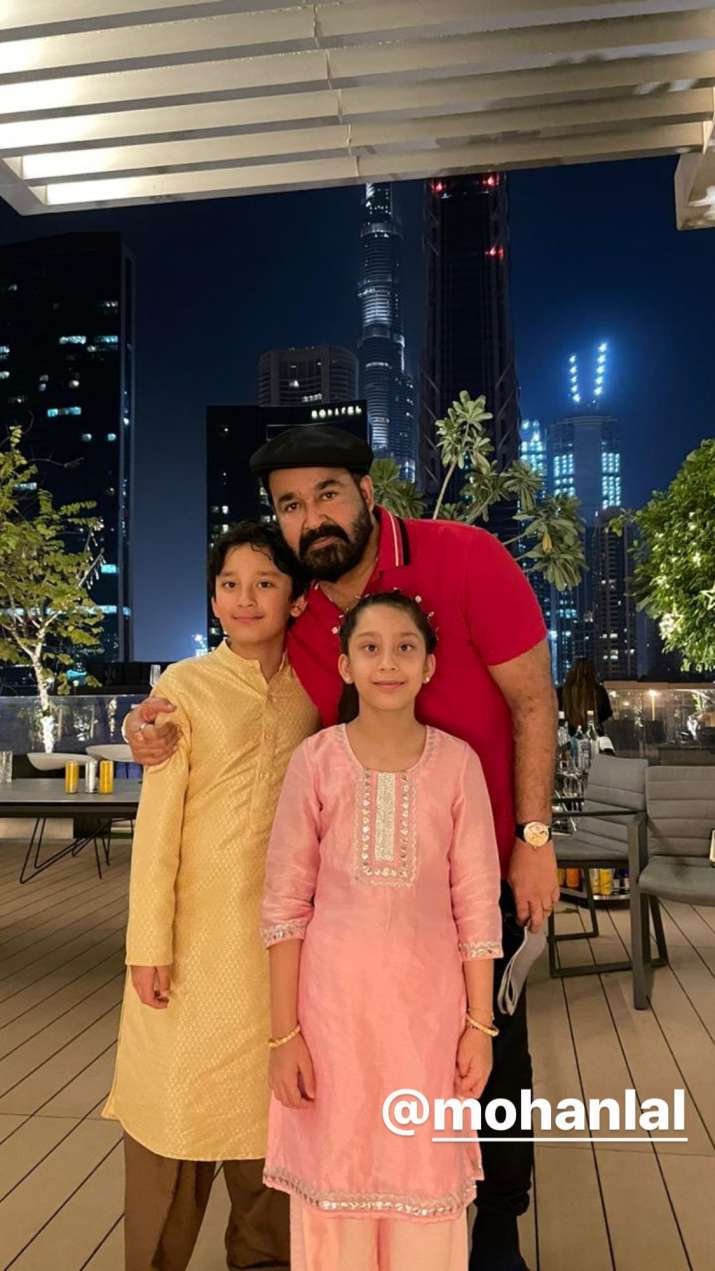 Don't you think that Sanjay Dutt's love for expensive things is inspiring? Let us know!

Also Read: Sanjay Dutt Was Once Dating Three Women All At Once, Revealed How He Managed Triple Dating