Sanjay Dutt Was Once Dating Three Women All At Once, Revealed How He Managed Triple Dating

Sanjay Dutt Was Once Dating Three Women All At Once, Revealed How He Managed Triple Dating

Many throwback interviews of Sanjay pops up which suggests that he was always a ladies’ man in the 80s and 90s. Find what he said about triple dating once. 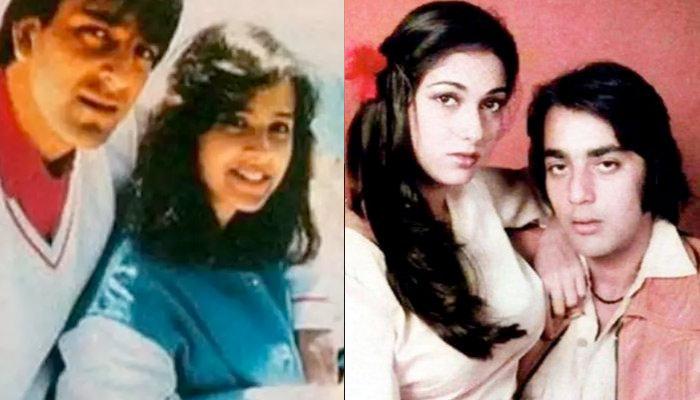 Woh Bahar Casualty Mein Koi Marne Ki Haalat Mein Raha... To Usko Form Bharna Zaroori Hai Kya?- Remember this hilarious dialogue from Sanjay Dutt’s cult film, Munna Bhai M.B.B.S.? This film, the very dialogues amongst many others have made Sanjay, ‘the man to watch out for’ in Bollywood. In his biopic titled, Sanju, we had gotten to know the actor quite closely, but time and again, throwback interviews pop up which suggest that Sanjay Dutt was always a ladies’ man in the 80s and 90s. (Do Read: Shilpa Shetty Would've Died During Her Birth, Shares Scary Birth Story When She Was In Mom's Womb)

Sanjay Dutt is now a happily married man to his ever-supporting wife, Maanayata Dutt and is blessed with twin kids from his second marriage, Iqra Dutt and Shahraan Dutt and daughter, Trishala Dutt from his first marriage with Richa Sharma. While nowadays Sanjay’s life is only about family and work, this was not the situation always. Sanjay himself and even the biopic based upon him has reflected several instances which suggested that the ‘why so handsome?’ actor was deeply loved by ladies. And so did Sanjay, just that 'love' was in ‘plural form’! 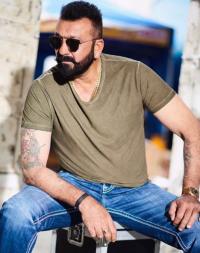 Let’s dig a little blast from the past and share with you all something about Sanjay from his younger days. It was in a throwback interview with India Today when the Vaastav actor was asked if he had ever double-dated. To which, Sanjay had instantly replied that he had even triple dated! Talking about how he had managed to date three girls at a time without getting caught, the actor had shared, “You need to be clever... one shouldn't know what is happening with the other." Further talking about his 'playboy' image, Sanjay had revealed, “It was nice to be loved by people. Especially by the ladies!" 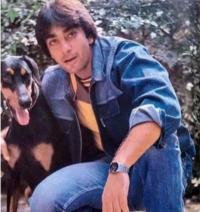 In the mood for some more Sanjay Dutt throwbacks? Well, Sanjay Dutt and Tina Munim’s budding affair was a thing in the 80s. They were childhood buddies, who took their relationship to another level as their love blossomed into a serious affair, but unfortunately, it didn’t last forever. During a throwback interview with the Stardust magazine, Sanjay had talked about his love for Tina and was quoted as saying, “I was quite passionate about Tina. I did not want the onscreen chemistry to expose myself. I’m a little selfish. Tina has never taken me away from my family. She was one of those people who guided and always pressed me to my family.” (Also Read: Aishwarya Rai Bachchan And Aaradhya Bachchan Twin To Cheer For Abhishek Bachchan's Kabaddi Team)

Sanjay Dutt was also asked in the interview if his then-girlfriend, Tina Munim had dominated over him and took decisions pertaining to his professional or personal life. Speaking about the same, Sanjay had replied, “I am an emotionally weak man. I have always needed a strong influence over me. My mother was that influence. After her death, Tina has taken her place. She dominates my life, yes, but I have not allowed her to have any say in my career. Tina has never tried to stop me from working with any of her rivals. I have only one film with Poonam because I have been offered only one film with her. And where Ranjeeta is concerned, I would love to work with her too, but no one has wanted to pair us together so far." 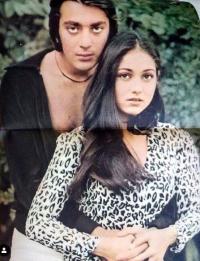 Apart from Sanjay Dutt, his then ladylove, Tina Munim too, wasn’t spared from linkup rumours. When Sanjay was asked if he had turned a blind eye to the industry linkup gossips of Tina, he had shared, “My girl has been linked with so many men that it is physically impossible for any woman to cope with so many of them in such a short time. I have not defended her blindly. Each time I’ve heard or read about her, I’ve gone insane with anger – but most of the time, she has managed to convince me that what I’ve heard is not true. I love her too much not to believe her. One has to trust somebody sometime, and I trust her." While that was about Sanjay’s feelings for his ex-ladylove, Tina, let us talk about the current love of his life, Maanayata Dutt. (Also Read: Jasmin Bhasin's Ex-Boyfriend, Suraj Wadhwa Is Apparently Dating This 'Girl In The City' Actress) 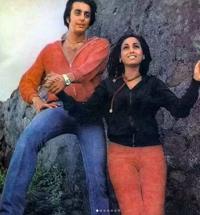 While Sanjay Dutt was in jail, his wife Maanayata Dutt had stood by him like a pillar. Post Sanjay's release, in an interview to an online portal, he had shared, “Maanayata is not my 'better' half but my 'best' half. She is my strength. Whenever I fall down, she supports me. I believe she had suffered more than myself. Raising kids alone and realising each day what she had, I pray that nobody gets to suffer it anywhere.” 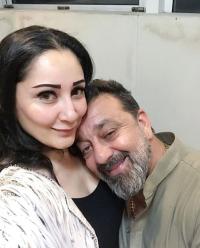 We can’t agree more, Sanjay! Here’s wishing you a very happy 60th birthday and many more to come!