In April 2017, Shloka Mehta's sister, Diya Mehta married her beau, Ayush Jatia and their wedding was a three-day affair from April 26-28, 2017, in Manama, Bahrain.

If you ask anyone about the 'wedding' of the year 2018 and 2019, without any second thoughts it would be of Isha Ambani-Anand Piramal and Akash Ambani-Shloka Mehta respectively. The wedding ceremonies hosted at dreamy locations with fancy décor, the traditional bridal entries, on-point celebs style game and full-on entertainment; that's how one can sum up the cultural weddings of the Ambani twins. But way before Shloka, her elder sister, Diya Mehta got hitched to Ayush Jatia and even their wedding in Manama, Bahrain, was nothing short of spectacular!

Before we move on to Diya Mehta and Ayush Jatia's wedding, let's give you a brief about the Mehta family. Businessman Russell Arunbhai Mehta is the managing director of Rosy Blue India, who is married to Mona Mehta, a jewellery designer. Russell and Mona are proud parents of a son, Viraj Mehta and two daughters, Diya Mehta and Shloka Mehta. Viraj is married to Nisha Sheth, daughter of Bharat Sheth, who is the owner of Great Eastern Shipping Company. Viraj and Nisha have two daughters. Shloka got married to Akash Ambani in 2019 and the couple embraced parenthood in 2020, with the arrival of their son, Prithvi Ambani. 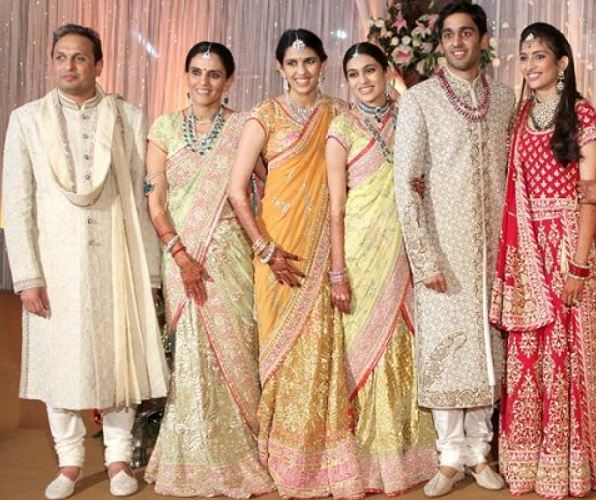 In April 2017, Shloka Mehta's sister, Diya Mehta married Ayush Jatia, son of Amit Jatia, who is the MD of Hardcastle Restaurants (McDonald's' Indian franchise). Diya and Ayush's wedding was a three-day affair from April 26-28, 2017, in Manama, Bahrain, that hosted more than 750 guests from countries including the USA, the United Kingdom, India and Belgium. Diya and Ayush's pre-wedding ceremonies had begun with a mudda tikka followed by mehendi and sangeet functions. 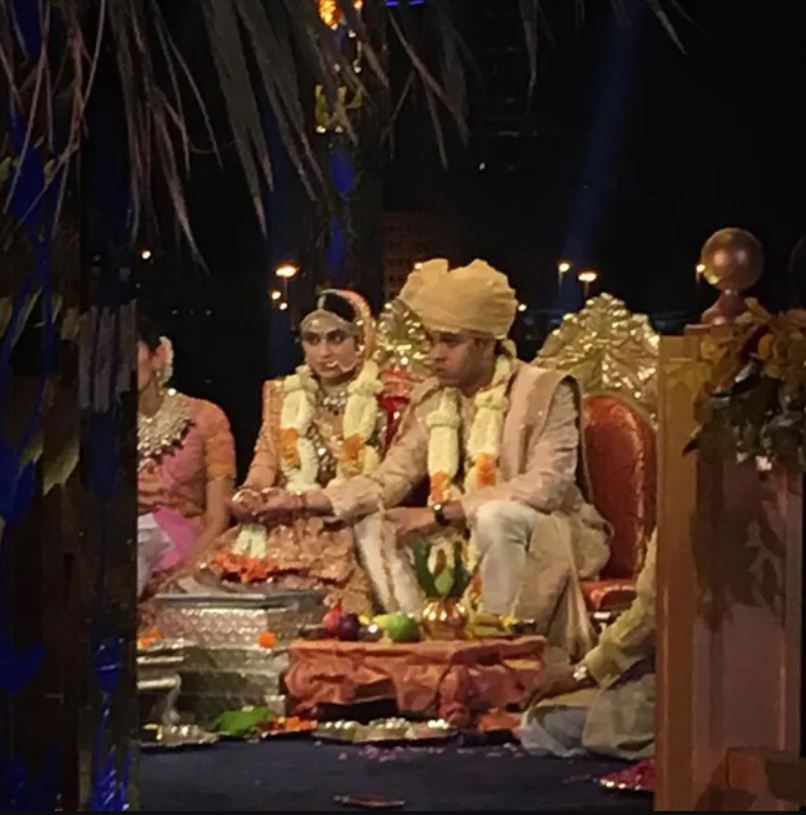 While all the ceremonies were held at the sprawling Four Seasons Bay, Diya Mehta and Ayush Jatia's sangeet was hosted at the luxurious Ritz-Carlton, located on a private island. Karisma Kapoor, Kareena Kapoor Khan, Ranbir Kapoor's actor-cousin, Armaan Jain, his then-girlfriend and now-wife, Anissa Malhotra and Aamir Khan were amongst the guest list at #WhatAnAyDiya wedding. Diya and Ayush's marriage was the first Indian wedding in Bahrain. 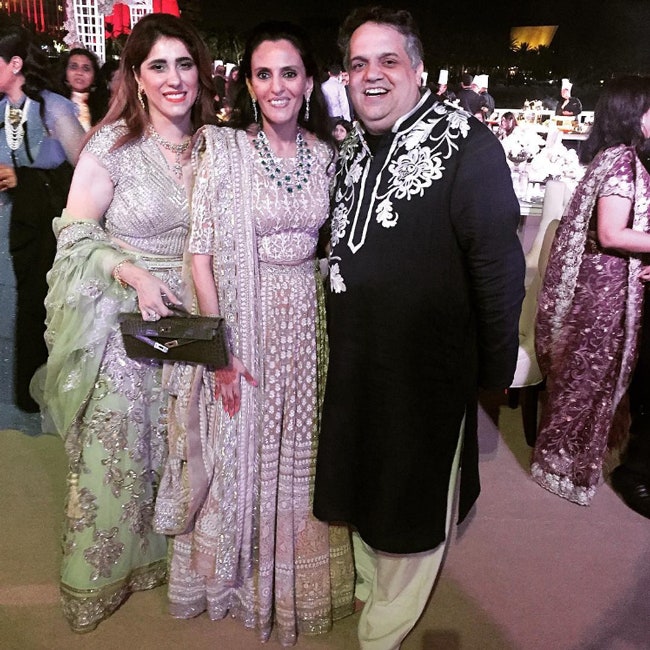 Also Read: Akash Ambani And Shloka Mehta's Unseen Picture From Their School Days In DIAS Is A Priceless Memory Diya Mehta had given a glimpse of the first ceremony of her wedding rituals, mudda tikka, explaining the significance of the ritual. Sharing the video of the glimpses of ritual and dance performances, Diya had written:

"Our first event! This was the Mudda Tikka which was the “kickstart” of our wedding- a prayer followed by dances by the grooms family! Just to start everything on an auspicious note. I was wearing @anamikakhanna.in @anamikakhannabridal and my husband was wearing @abujanisandeepkhosla Hair and make up by @mickeycontractor We didn’t plan it- but ended up matching! Can’t believe it’s been over four years since this happened! #preweddingparty #anamikakhanna #abujanisandeepkhosla #lehenga 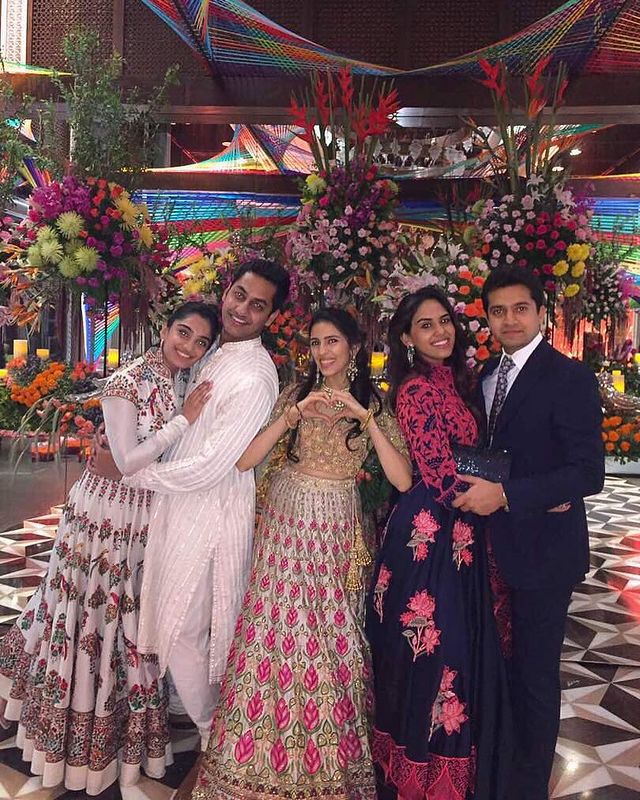 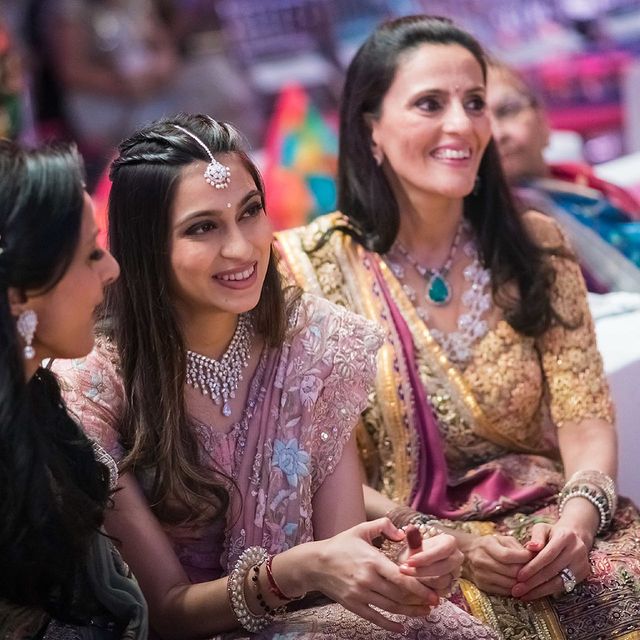 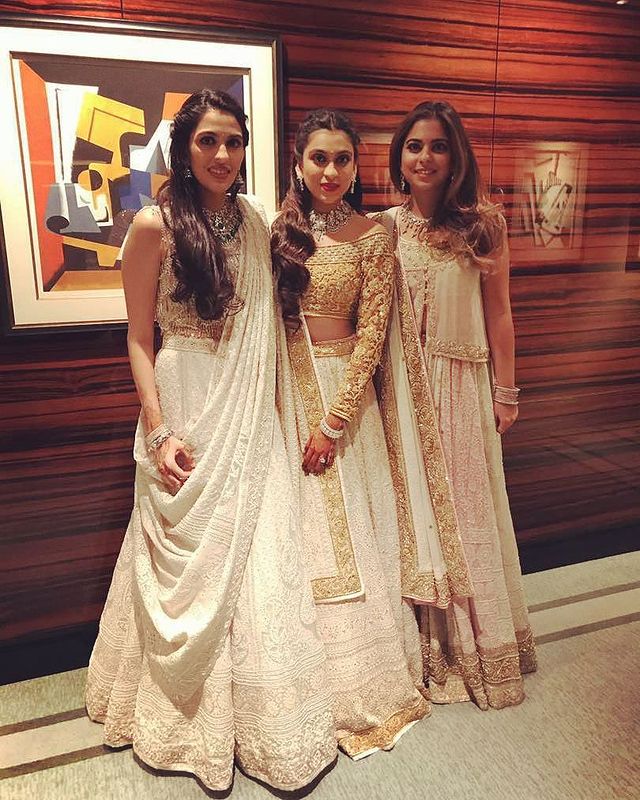 For Diya Mehta's sangeet ceremony, which was held at Ritz-Carlton which is located on a private island, the beautiful bride opted for a dreamy chikankari lehenga with universal gold accents. Diya had twinned with her sister, Shloka Mehta and her best friend-cum-sister, Isha Ambani in chikankari lehenga. Designer, Abu Jani and Sandeep Khosla designed the outfits of the ladies and posted a lovely picture of Diya, Shloka and Isha, looking resplendent in white designer lehengas. Diya and Ayush's sangeet night ended with a dazzling display of fireworks over Bahrain Bay! 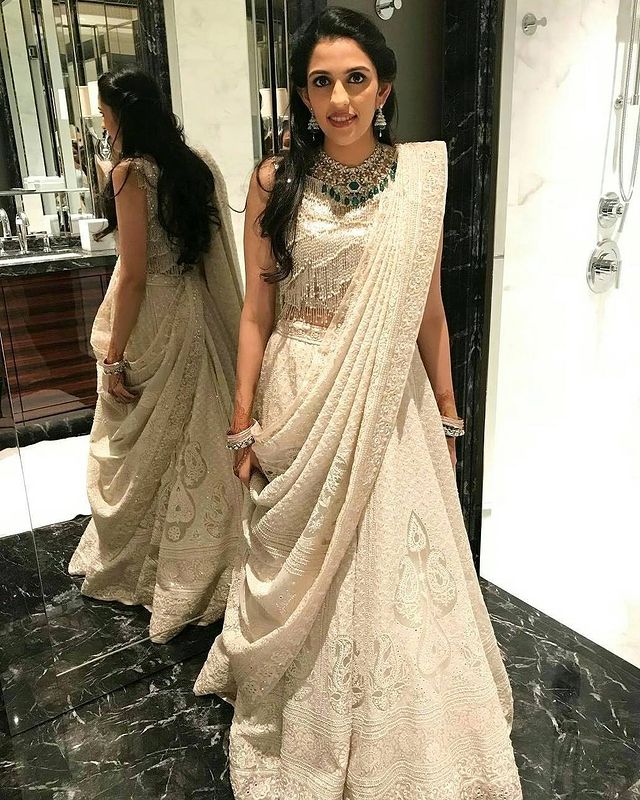 For the mehendi ceremony, Diya Mehta was dressed in a gorgeous pale pink ensemble by Abu Jani and Sandeep Khosla, featuring beige embroidery, interwoven with pink accents and shimmering silver bridal details. Shloka Mehta had opted for a yellow embroidered lehenga and she shook her legs with Diya on-stage. 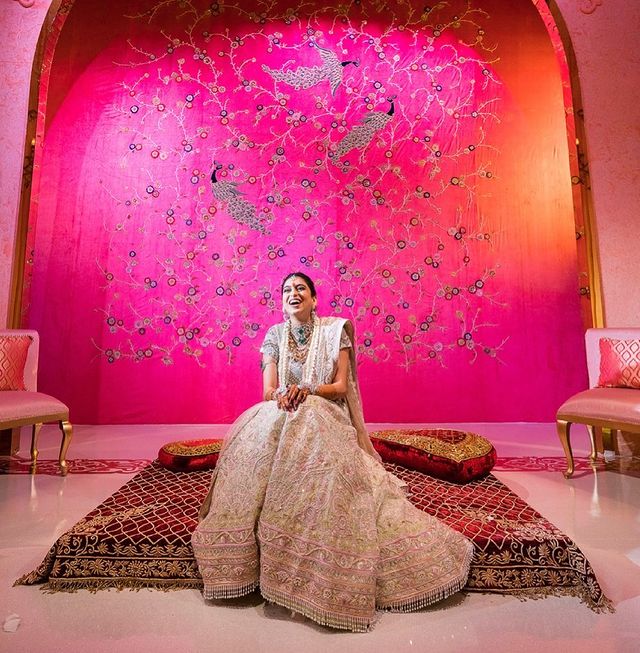 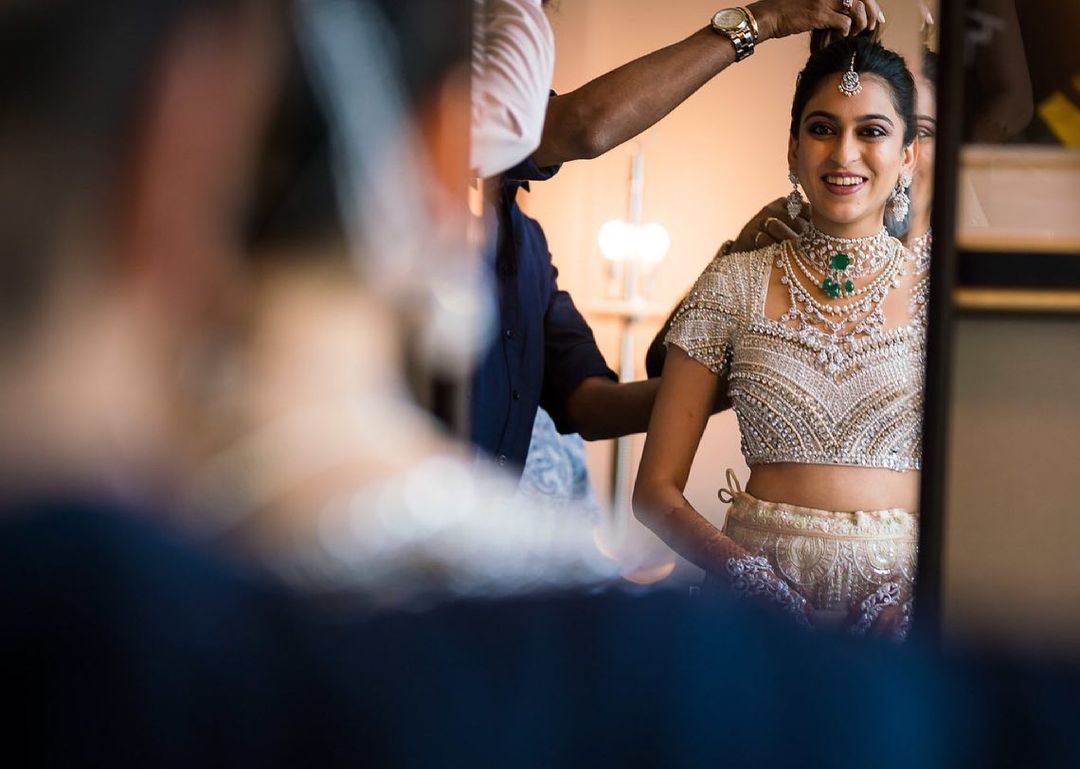 For the wedding, Diya Mehta opted for Abu Jani and Sandeep Khosla outfit while the groom, Ayush Jatia complemented her in a Sabyasachi achkan. For the baaraat, Ayush's friends, including Armaan Jain, sported customised t-shirts with “AJ Squad” printed on it. Armaan had posted a picture of the groom, Ayush posing with his squad. 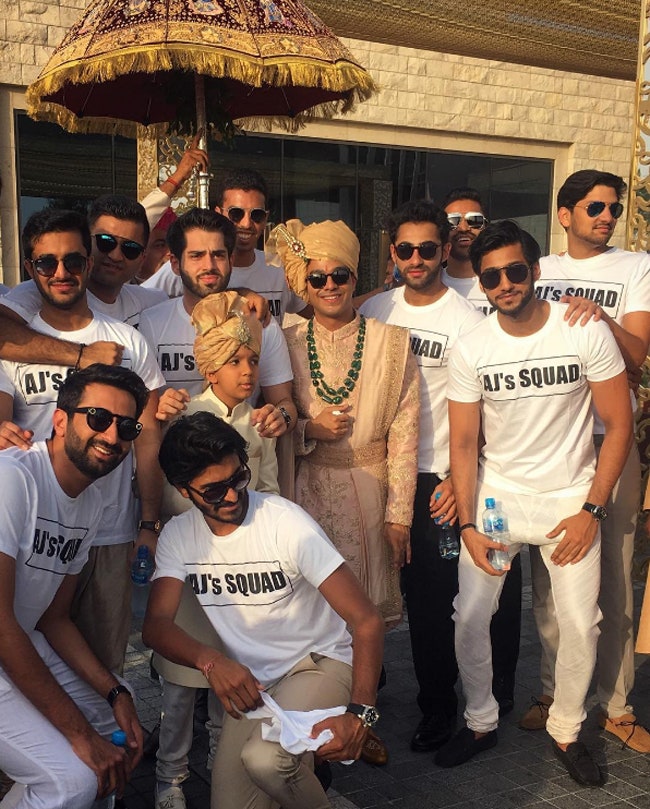 Diya Mehta wore a royal and traditional red lehenga by Abu Jani and Sandeep Khosla and we just loved everything about it! Diya's lehenga was heavily embellished and giving an exquisite traditional charm to her look, she had enhanced it with a contrasting pink second dupatta with a heavy border. With her primary red dupatta set neatly on her head, Diya's contrasting pink dupatta was draped to perfection to accentuate the visual aesthetics of her overall bridal look! Diya complemented her bridal ensemble with a heavy kundan necklace and choker with emerald droppings, maang teeka and nath. 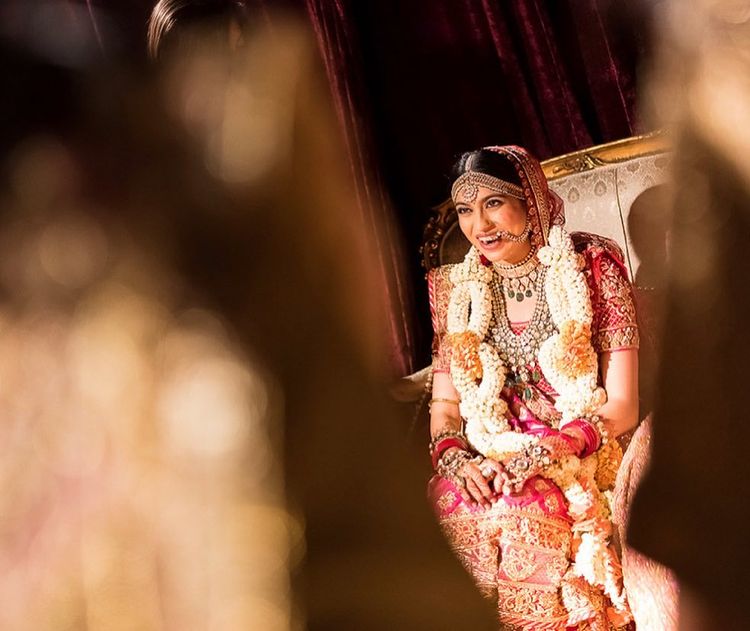 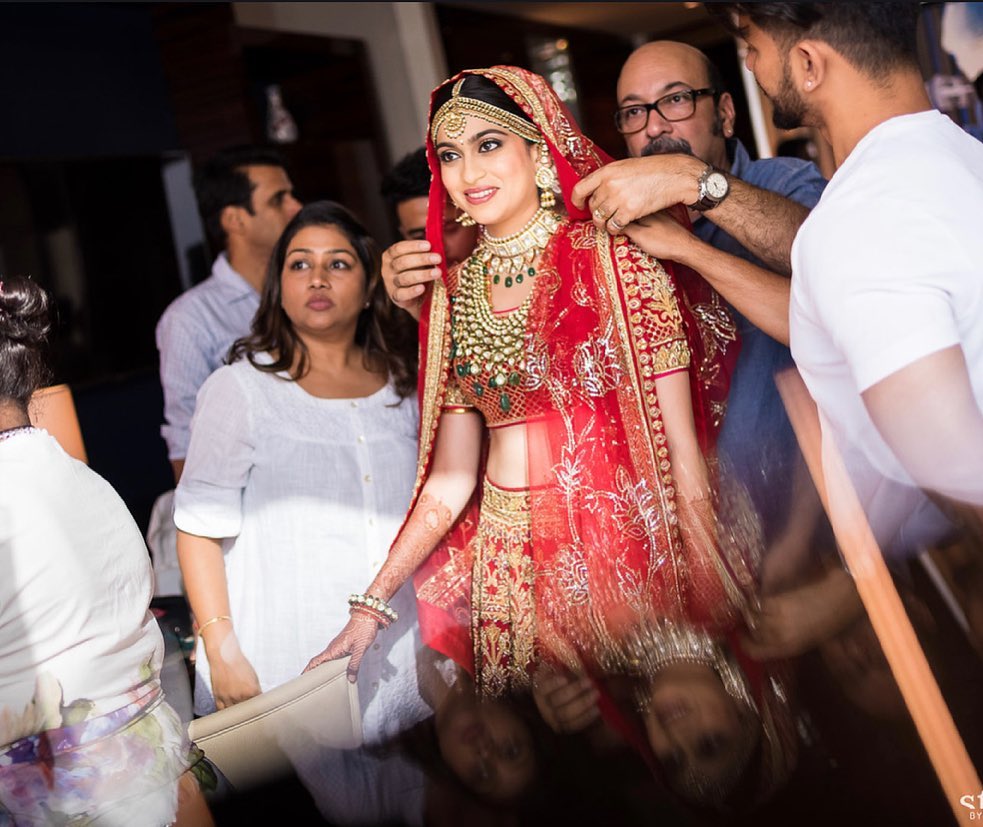 Dulhan ki behen, Shloka Mehta also wore an ensemble by Abu Jani and Sandeep Khosla. Shloka, who was a major part of the wedding rituals, looked mesmerising in a pink and yellow coloured lehenga which she had paired with a heavy kundan necklace with emerald droppings and a maang teeka. Shloka's hair was tied in a bun and enhanced with gajra. 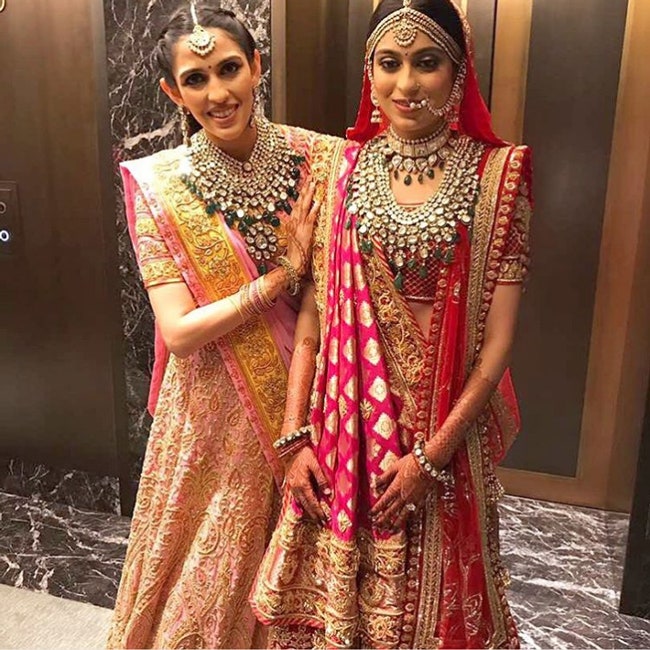 Back in 2019, amidst the #AkuStoleTheShlo wedding pictures and videos popping up on our social media timelines, we found a throwback picture of the Mehta parivaar. In the unseen picture, we got a glimpse of the close-knit bond of the big happy family of Shloka Mehta. Here's the picture of Shloka, with her parents, grandparents and family: For the unversed, Akash Ambani and Shloka Mehta had studied at Dhirubhai Ambani International School, Mumbai and his twin sister, Isha Ambani was her classmate and a very close friend of Shloka's sister, Diya Mehta. In Isha's words, she is like a third sister to Shloka and Diya. In an interaction with the Vogue, Isha Ambani Piramal had spoken about her twin brother, Akash Ambani and her friend-turned-sister-in-law, Shloka Mehta. Isha had said:

"Akash has the largest heart ever. He's like one of the most—I don't think there's a word for it in English—"dayalu" humans in this world. He's empathetic, gracious and gentle, just like Shloka." Revealing how Shloka Mehta has always been a part of their family, Isha Ambani had continued:

"In fact, Shloka's sister, Diya [Mehta Jatia] and I were in the same class in Sunflower and then in JB [Petit]. We have been best friends for over 25 years. Then when I moved to Ambani, I skipped a grade and went to Shloka's class. So, I've been like a third sister to them. I was thrilled with the engagement news. Shloka's always been part of the family for us."

Shloka Mehta and Diya Mehta Jatia opted for traditional red outfits for their weddings and accentuated it with kundan jewellery with emerald droppings. Their respective looks were all things beautiful!

Next Read: Life Of Dhirubhai Ambani With His Wife, Kokilaben Ambani: How He Had Encouraged Her To Learn English