As soon as a celebrity delivers their baby, all their fans and netizens wait for the glimpse and the name of the baby. In the year 2017, many celebs embraced motherhood with the arrival of their little munchkins. And one such celeb is none other than Taarak Mehta Ka Ooltah Chashmah fame, Disha Vakani. Disha is married to Mayur Pandya, a chartered accountant.

Disha and Mayur became proud parents to a baby girl on November 30, 2017. And now, according to the SpotboyE reports, Disha has named her daughter, Stuti Pandya. Stuti means praise or Goddess Durga. Disha is currently on her maternity break as she wanted to spend time with Stuti. Stuti was born 20 days before the due date given by the doctor. As per reports on SpotboyE, the doctor gave the due date of December 20, 2017. 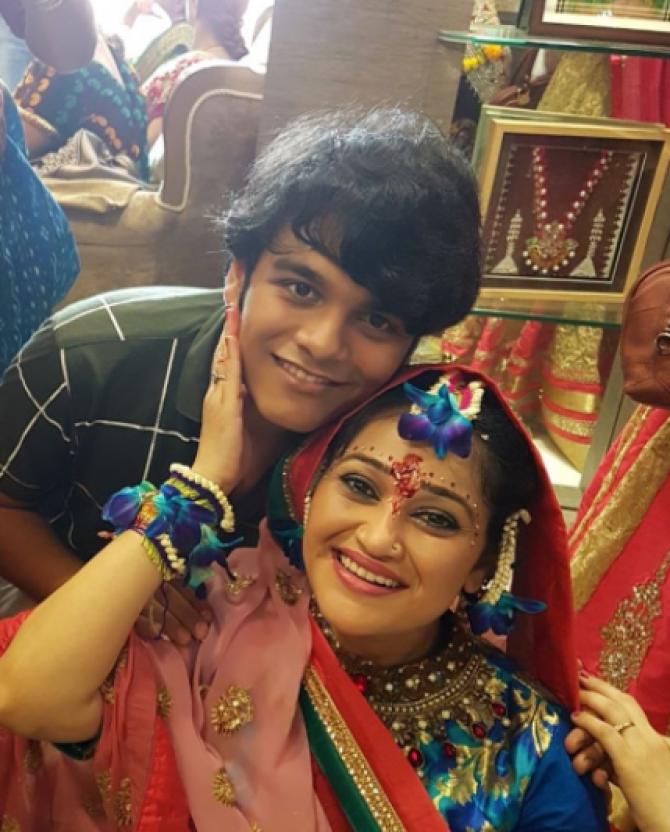 Disha’s in-laws organised a baby shower for her when she entered her third trimester. Her mother-in-law was always by her daughter-in-law’s side and made sure that she was comfortable throughout the godh bharai function. Disha was supposed to resume her show, Taarak Mehta Ka Ooltah Chashmah after her sabbatical, but rumours were that she is going to quit the show. Disha needs more time with her daughter as Stuti is still very small. When contacted the producer of the show, Asit Kumar Modi, he said, "The shooting conditions are tough and since Disha's baby is still very young she needs her. We haven't discussed about her return yet and there is no official confirmation on Disha quitting Taarak Mehta Ka Ooltah Chashma." The team of Taarak Mehta Ka Ooltah Chashmah is willing to cooperate with her schedule and timings and want her back in the show. (Also Read: Stepmom Priya Sachdev Posts B'day Wishes For Hubby Sunjay And His Ex Karisma's Kids, Kiaan-Samiera) A source from the sets of the show retorted, "We are in touch with Disha to start the shoot. But she has yet not given a nod. Considering her baby is very small, production is willing to be understanding in terms of timing and schedule like we were in the final months of her pregnancy. But she wants to focus more on her personal commitments at the moment. But we are trying very hard to bring her back on the sets asap." (Also Read: Rangoli Chandel Shares A Picture Of 'Maasi' Kangana Ranaut Kissing Her Nephew Prithvi Raj Chandel) Disha walked down the aisle with Mayur on November 24, 2015, and later, on November 26, 2015, a grand reception was hosted by the couple for their friends from the industry. Her wedding was kept low-profile and when the news came out, it was a pleasant surprise for all her fans. And just like her wedding, her pregnancy news was a surprise too for everyone.

We wish Disha, Mayur and Stuti all the love and happiness in life!