The birthday celebrations are not just over for the Kapoor khandaan. It was on March 11, 2018, that Karisma Kapoor celebrated her daughter, Samiera Kapoor’s 13th birthday. And now the birthday celebrations continued for her son, Kiaan Raj Kapoor who turned 8-year-old on March 12, 2018. Karisma and her ex-husband Sanjay Kapur came together to celebrate their children’s birthday.

Karisma Kapoor ended her 11 years of marriage with Sunjay Kapur and they got divorced on June 13, 2016. After their divorce, Sunjay tied the nuptial knot with model Priya Sachdev. Karisma and Sunjay have moved on in their lives and now share a cordial relationship. On Samiera and Kiaan’s birthday, Priya posted birthday wishes for them on her Instagram handle. 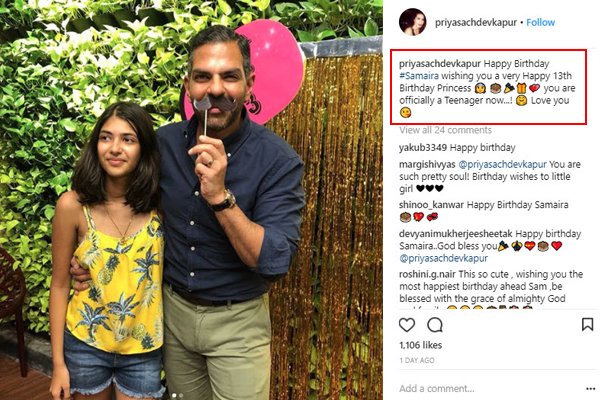 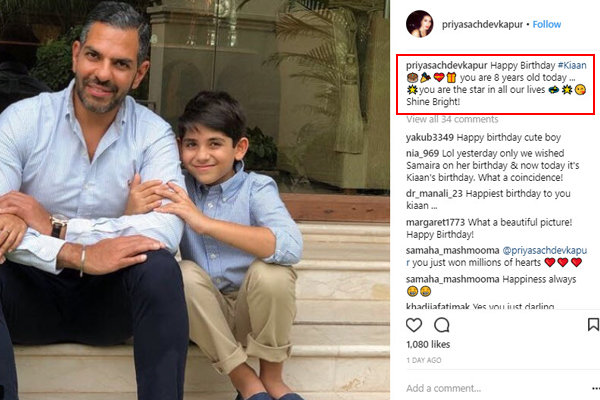 Sharing the birthday pictures of Samiera and Sunjay from Samiera’s birthday celebrations, Priya captioned it, “Happy Birthday Samiera. Wishing you a very Happy 13th Birthday Princess. You are officially a teenager now...! Love you.” Sharing a picture on Kiaan’s birthday, she wrote, “Happy Birthday Kiaan you are 8 years old today. You are the star in all our lives. Shine Bright!” (Also Read: Ex-Couple Karisma Kapoor And Sunjay Kapoor Came Together To Celebrate Their Daughter Samiera's B'day) 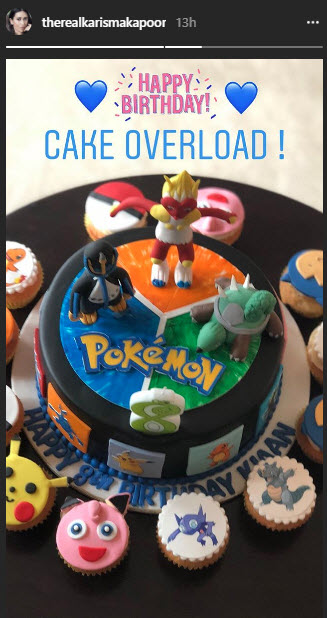 Karisma has always been a hands-on mother and has made kids her priority. Karisma posted a picture of Kiaan playing with balloons on his birthday and captioned it, #happybirthday #myjaan #reachforthestars #mama’sjaan #pokemongo”. Karisma planned a Pokemon themed birthday party for Kiaan and shared the picture of the cake and décor on her Insta story. (Also Read: Karisma Kapoor's Ex-Husband Sunjay Spends Quality Time With Children, Wife Priya Shares Pictures) Karisma wants her kids to have a normal childhood, and in an interview, she said, “I try to shield my children as far as possible from public glare. I want them to have a normal childhood like we had. We went to school by the school bus, had school food. There was no special treatment given to us. The same applies to my children as well. My kids have a very simple home life. We don t discuss movies all the time. Instead, we are always discussing studies, activities. It’s not a special home or anything different. It’s like any normal child growing up.” (Also Read: After Soha Posted Inaaya And Taimur's Picture, She Applied Kohl On Her Daughter's Forehead)

Though the custody of Kiaan and Samiera was given to their mother, Karisma, Sunjay Kapur was granted the visitation rights. Karisma and Sunjay try to keep their personal differences on hold for the happiness of their children and give them the best of both worlds. In an earlier interview, Karisma stated, “My kids (Samiera and Kiaan Raj Kapoor)  are small at present and they are my first priority. Whenever I wish, I will think over acting in any film. Maybe I will do TV again. I like to pick and choose what I do. So maybe I will, if something interesting comes up.” This is such a sweet gesture by Priya, posting heartfelt birthday wishes for Samiera and Kiaan.

Next Read: Saif Wanted To Change Their Son, Taimur's Name To 'Faiz' And Kareena's Reaction Was Surprising