Farhan Akhtar's first film as a director, Dil Chahta Hai, was released on August 10, 2001, and today it has completed 20 years in the film industry. On this special occasion, Farhan announced his next directorial, Jee Le Zaraa. The film cast is doing rounds on the internet, as it will feature Ranbir Kapoor's ex-girlfriend, Katrina Kaif and his present girlfriend, Alia Bhatt, on the big screen for the first time.

No wonder it is one of the biggest movie announcements of this year. As, after the immense success of Dil Chahta Hai and Zindagi Na Milegi Dobara, everyone was rooting and demanding an all-girls road trip from Excel Entertainment. Now, after all these years, finally, Farhan Akhtar has fulfilled his promise to give one. On August 10, 2021, Farhan Akhtar took to his Instagram handle and announced his return in direction after almost a decade with the much-awaited film, Jee Le Zaraa, based on an all-girls road trip. Farhan also announced his film's cast, and it features Priyanka Chopra Jonas and Ranbir Kapoor's ex-girlfriend, Katrina Kaif, along with his present girlfriend, Alia Bhatt. It's going to be exciting for the fans of Ranbir to see these two actresses together in one frame for the first time in a movie. The film is written by Farhan, his sister, Zoya Akhtar, and Reema Kagti.

Along with the exciting announcement video, Farhan Akhtar showed his immense happiness in his note, which he penned in the caption. The director of the film, Farhan also admitted that he's thrilled and super-excited to return on the director's chair and stated that the film's shooting would kickstart in 2022. His caption can be read as "Did someone say road trip? Thrilled to announce my next film as director and what better day than 20 years of Dil Chahta Hai to do it. #JeeLeZaraa with @priyankachopra @katrinakaif @aliaabhatt will commence filming in 2022 and I cannot wait to get this show on the road."

Don't Miss: Virat Kohli Reveals How He And Anushka Sharma Adjust Their Schedule In London To Take Care Of Vamika

The news about Farhan Akhtar next film, Jee Le Zaraa, has broken the Twitter trends in split seconds as people were waiting for this project's announcement for a very long time. There are also reports that Farhan's close friend and actor, Hrithik Roshan, will reportedly make a cameo in the film, but as for now, no official details about the same are out in the media. Also, all the three actresses, Priyanka, Alia, and Katrina, have shared the announcement video on their respective social media handles. 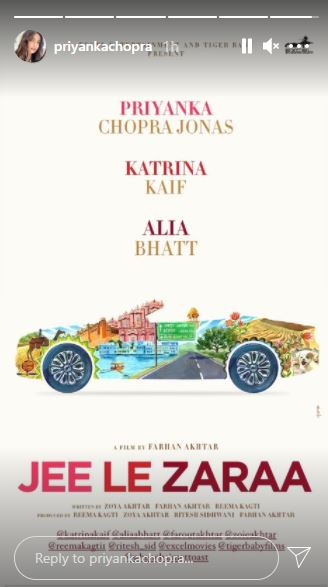 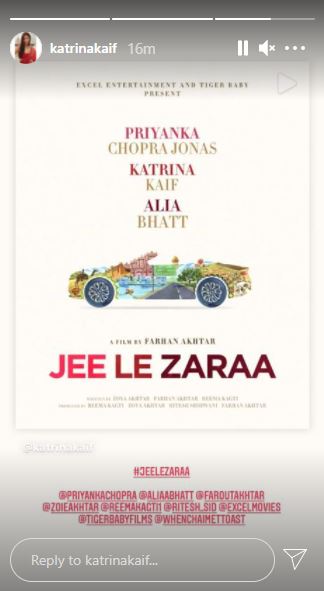 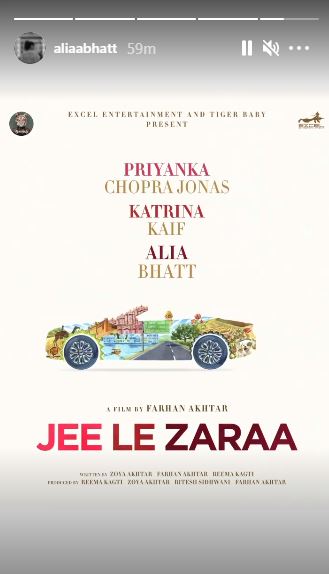 Katrina Kaif had said, "I'm taking this a compliment. But yes, if someone likes you, who knows me well, feels nice about my conduct, it's a good thing. I'm not trying to be saintly but it's always easier to just make peace, be friends, to be loving. I'm not doing this to make your life easier. But I'm doing it to make my life is easier. It genuinely is more peaceful and you feel lighter and happier when you don't hold on to any anger or grudges." Farhan Akhtar was last seen in the film, Toofan, in which he played the character of a boxer.