One of the most sanskari bahus of the Indian television Deepika Singh aka Sandhya bindani from Diya Aur Baati Hum is on a sabbatical these days. The actress got married to the director of her serial, Rohit Raj Goel. Within just a few months after dating, the two decided to take the relationship on the next level and tied the knot in 2014 in a hush-hush manner. The couple became proud parents to a baby boy, Soham, on May 20, 2017. (Recommended Read: 'Diya Aur Baati' Deepika Singh's Body Transformation Post-Pregnancy; Suffered From Low Self-Esteem) Deepika Singh Reveals Her Son, Soham Is Super Excited For Her Birthday

Ever since the baby is born, doting mommy is on a break to enjoy this beautiful phase of her life to the fullest. She is being missed so much on small screen, but she is working towards making her comeback on television. Nonetheless, her fans have not forgotten her and are eagerly waiting for her to be back. All this while, the actress has been active on social media and kept her fans updated on whatever is going on in her life. Recently, she celebrated Gangaur festival with her family and posted some lovely pictures on her official account. (Also Checkout: Divyanka Tripathi Gets The Long Due Surprise From Her Mother During Her Visit To Hometown Bhopal) This year the festival started on March 2 and ended on March 20. We could see Deepika all donned up in a traditional finery for the festival. She wore a magenta salwar kameez with a Rajasthani veil and nath. In one of the pictures, she even held Soham in his hands and looked a perfect radiant mom. It is one of the biggest festivals for women and they observe fast too on this day.Here are the pictures that she shared, captioning them, "Wishing you all ladies a very happy Gangaur festival. Gana is a synonym for Lord Shiva and Gaur which stands for Gauri or Parvati who symbolizes Saubhagya (marital bliss). The unmarried women worship her for being blessed with a good husband, while married women do so for the welfare, health and long life of their husbands and for a happy married life." (Also Checkout: 'Nayi' Bahu Smriti Khanna 'Mooh Dikhai' Picture Proves How Happy She's In Her 'Sasural') 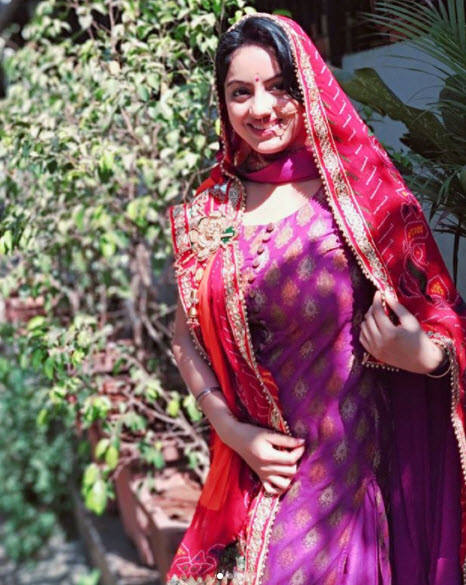 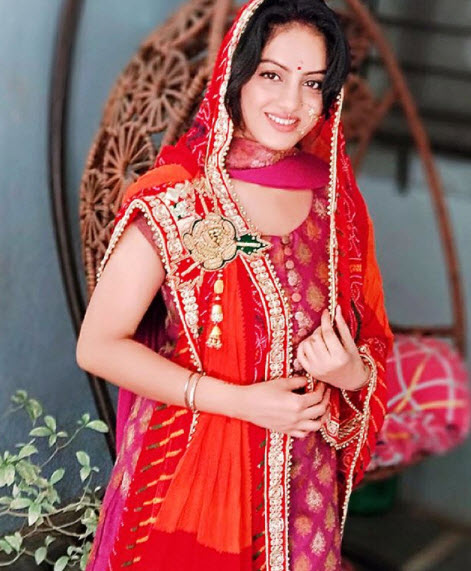 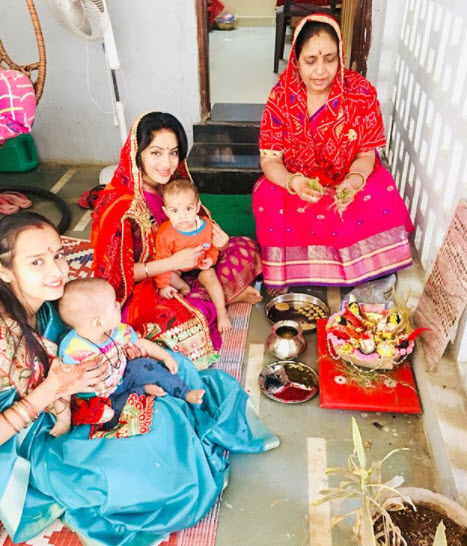 For the ones who don’t know much about the ceremony, let us tell you. Gangaur is one of the most important and colourful festivals celebrated in the Rajasthan region of India. This festival is eminent throughout the area with great passion and devoutness by womenfolk who worship Gauri (wife of Lord Shiva). This festival comes during March-April and is rejoiced because of spring, harvest and marital fidelity. Both married and unmarried women celebrate this festival. Married ones do it for good health, well-being and long life of their husbands, while unmarried ones do it for a good husband. Coming back to Deepika, right from enjoying her pregnancy phase to now life with Soham, she is experiencing everything to the core. She even shared some pregnancy tips with other and was once quoted as saying, "Pregnancy comes with lots of responsibilities. Bringing a child into the world is the most beautiful thing that a woman experiences in her life. Before conceiving, maintain a healthy lifestyle as this would avoid complications in your pregnancy. These days women are more sceptical and scared to get pregnant but I would just like to say that it is a beautiful phase and enjoy every moment of it." During her pregnancy, Deepika gained a few kilos, but now she is working on being back to shape. She spoke about her fitness routine to a leading daily and said, “In the last few months, I have been working out. I started with yoga but that didn’t work for me so I went back to Odissi dance which I love. It has been fun dancing again. It’s very satisfying. I am conscious about my health and want to reduce my weight too.” She also revealed, “I don’t believe in dieting and would rather work out. I didn’t restrict myself from any food due to pregnancy and now feeding my son. I want to be fit and not slim, per se. I feel an actor doesn’t have to be slim or have a certain figure, instead you should be good at your job, which is acting. That is more important.”

Well, Deepika you look gorgeous in you Gangaur festival attire. All your fans are eagerly waiting to see you back on small screen.