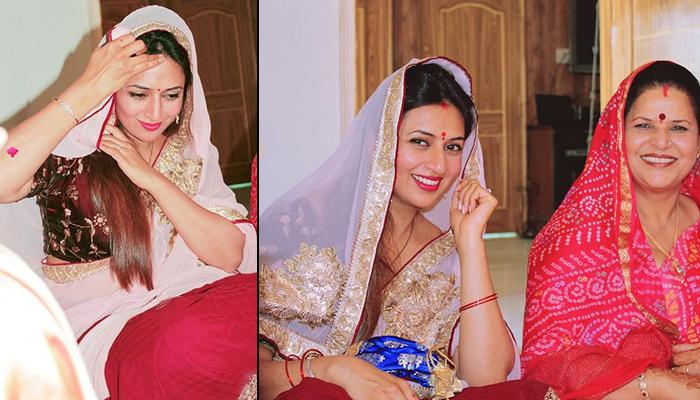 It is not a new thing now when we hear two people falling in love while working on the show together. They meet, fall in love and then create a La-La Land for themselves. One of the television’s beloved couples whose love story is as beautiful as their Jodi is Yeh Hai Mohabbatein actors and now husband-wife, Divyanka Tripathi and Vivek Dahiya.

Divyanka and Vivek were recently in her hometown, Bhopal to attend a family wedding. Post this family ceremony, Divyanka was pleasantly surprised by her mother and her mother’s friends. The ladies organised a puja, Suhagalen for Divyanka which was due from a long time. Sharing pictures from the auspicious occasion, Divyanka captioned them, “Always got surprise parties, surprise pooja was a first! Mumma's friends arranged for long due 'Suhagalen' for me (A pooja meant for newly-wedded women). Thoughtfulness wins hearts. #CelebratingMarriage #SuhaganMode”. Check out the pictures here: 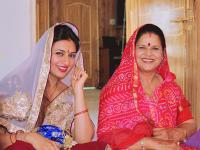 This divine ceremony is held for married women for the happiness and well-being in their marital life. According to a report in the TOI, they were waiting for Divyanka’s marriage and this puja was specially kept for her. Divyanka is looking prettiest in a light pink and maroon combination saree and red chunri. Divyanka and Vivek are one of the most down-to-earth couples, the television industry has. The couple has extended their stay and recently visited an old age home in the city to bring smiles to many senior citizens’ faces. They were not only seen talking to them but also dancing with the elderly. (Also Read: 'Devanshi' Fame Mudit Nayar Gets Married To A Lawyer, Bride Recreated Anushka Sharma's Look) 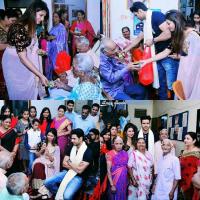 For the uninitiated ones, Divyanka and Vivek were pronounced Mr and Mrs on July 8, 2016, in a lavish wedding ceremony in Bhopal. Divek, as fondly called by their fans, are avid social media users and the love between them is quite evident in the pictures that they post. Once in an earlier interview, Vivek talked about his lady-love and said, ‘’She manages her personal and professional life really well. That she does it beautifully and effortlessly. Sometimes I have to look out for her so that she gives some time for herself to sleep. She can compromise on all those things to balance it out. I feel guilty but it is not something that many would do for their partners.’’ (Also Read: Vishal Singh Aka Naitik From 'Yeh Rishta Kya Kehlata Hai' Is Dating Popular TV Actress, Pics Inside) 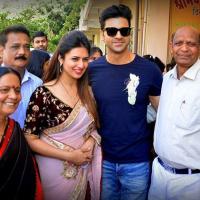 Divyanka and Vivek are having the best of their time in Divyanka’s hometown, and the pictures are a proof of it! With soft-spoken and demure nature, Divyanka Tripathi won the hearts of many and became the reigning queen of Indian television. She is admired for her role of Ishi Ma in the TV serial Yeh Hai Mohobbatein. Recommended Read: Virat And Anushka Are Breaking Gender Stereotypes, Check What Makes Them The Best Couple Divyanka