One of the most sanskari bahus of Indian television world and the one who is the darling of all viewers (especially women), Sandhya beendni aka Deepika Singh of Diya Aur Baati Hum has charmed people of all age groups, through her saccharine yet independent role on-screen.

Deepika Says She Never Worries About 'Aaya' For Her Baby, Thanks To Her 'Saasu Maa' Not only an outstanding actress, this bahu is an MBA and also has the knowledge of classical dance. This was all about her professional life, Deepika also scores full points when it comes to her personal life. While working for her first debut, Diya Aur Baati Hum, she fell in love with the director of her serial, Rohit Raj Goel. And soon, both of them decided to take their relationship a step ahead. 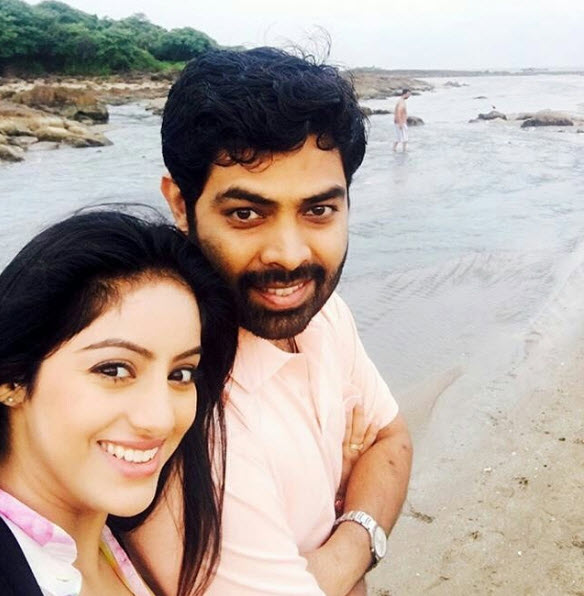 Every one of you have seen and loved reel-life couple Sandhya and Suraj’s love story. And now, it’s time for you to know about the real-life couple, Deepika and Rohit’s love story. So, here we spill the beans on the same!

When diya and baati met 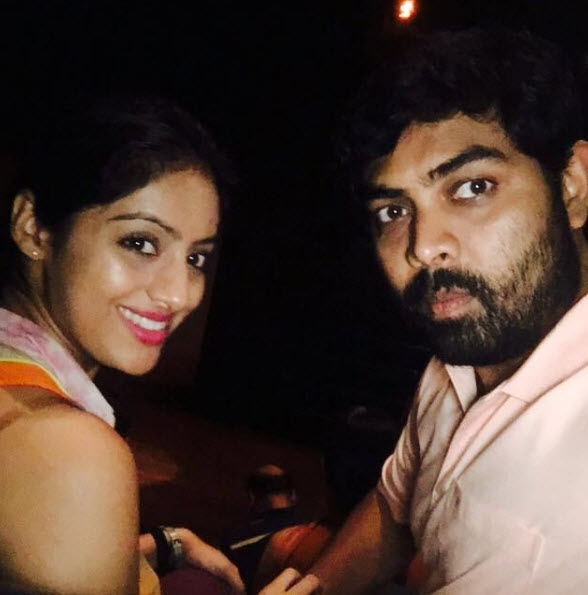 Deepika came all the way from Delhi to Mumbai to try her luck in the industry, and little did she know that she will find her ‘Prince Charming’ too. While working for her first television soap opera itself, Diya Aur Baati Hum, she fell in love with the director of the show, Rohit Raj Goel.

You May Like: Heart-Warming Love Story Of Rannvijay Singh And Priyanka Vohra 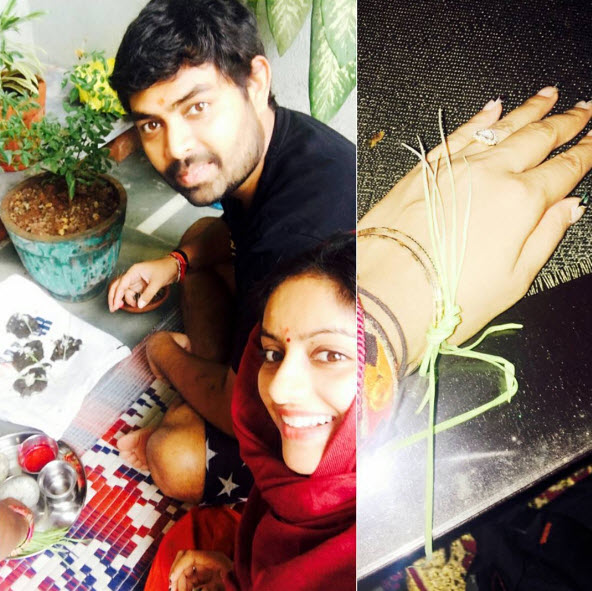 In fact, earlier in an interview, Deepika was quoted saying:

"He has taught me everything. Till now, whatever I have learnt is all because of Rohit. He has moulded me into an actress. I can trust him blindly. We are on set for almost 12-18 hours. We know everything about each other’s likes and dislikes. So, I am sure he is the right person for me." There are some couples, who are very dramatic and propose the love of their lives in quite a filmy ishytyle. But this cutesy couple is not amongst them. On being asked who proposed first in their relationship and how, the actress stated: 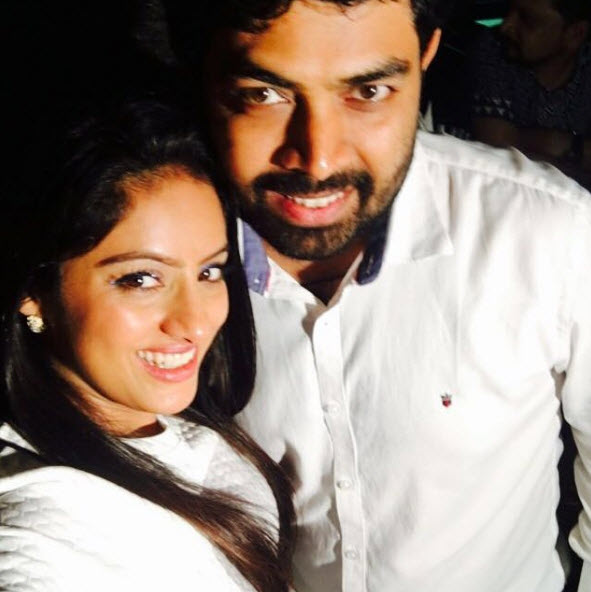 "But then came a time when I was being linked to a boy. Rohit and I used go to Siddhi Vinayak every Tuesday together with friends. So after that link-up rumour, on one trip he clarified with me if I was actually seeing that guy. And pat came the reply from me, "Uski shakal dekhi hai. He is not my type of guy' So Am I then he asked me, ` your type? And I just didn't say anything and blushed. Mere dil mein toh waise hi laddoo phoot rahe thay." 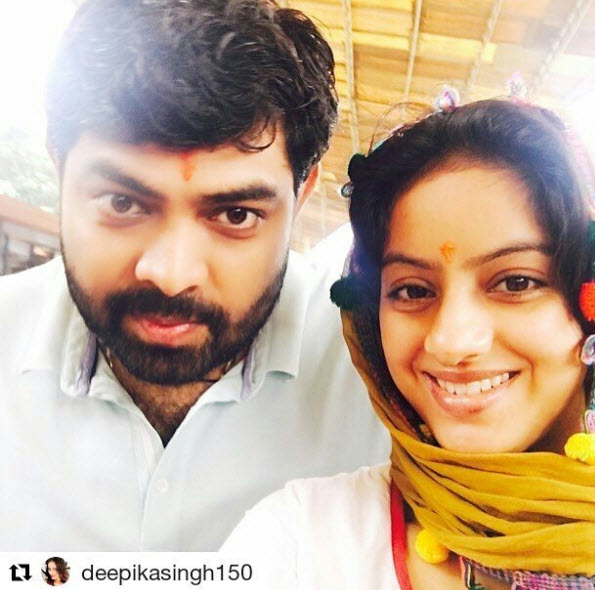 Do Check Out: 5 Famous Bollywood Celebrity Couples And Their Stunning Then And Now Pictures

Recalling the shooting day after the proposal, the actress gushed and talked about her nervousness the other day going on shoot. Here’s what she stated:

"I had these questions going on in my mind the next day I went on the shoot like `Will he scold me now?' `Will his attitude change towards me or will people know about our affair?' But aisa kuch nahi hua. He was just the same man, scolding me.” 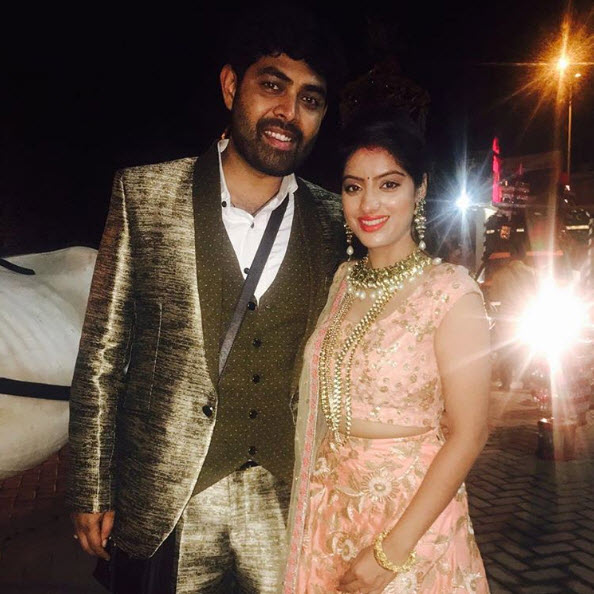 “Above that, I had to shoot for these romantic scenes with my co-actor, which he used to direct. Main bahut confuse ho gayi thi ki yeh kya ho raha hai mere saath! And this continued for months where we didn't talk on the topic. But then we once again got time to interact on our visit to Siddhi Vinayak and then we talked about each other's feeling.” 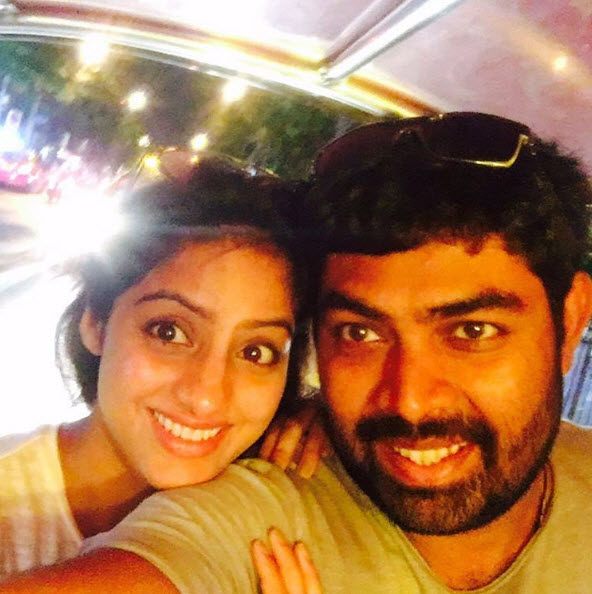 After dating for a while, Deepika Singh and Rohit Raj finally tied the knot in 2014 in a hush-hush ceremony with only a few pals and family members. She looked like a dream on her D–day as she chose to wear a Salima Lalani's creation, which was a red and gold lehenga having pita embroidery embedded with Swarovski crystals. 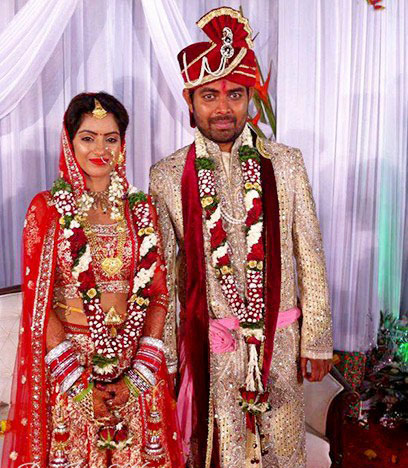 Her entire look was completed with gold jewellery that was further paired with a stunning diamond neckpiece. 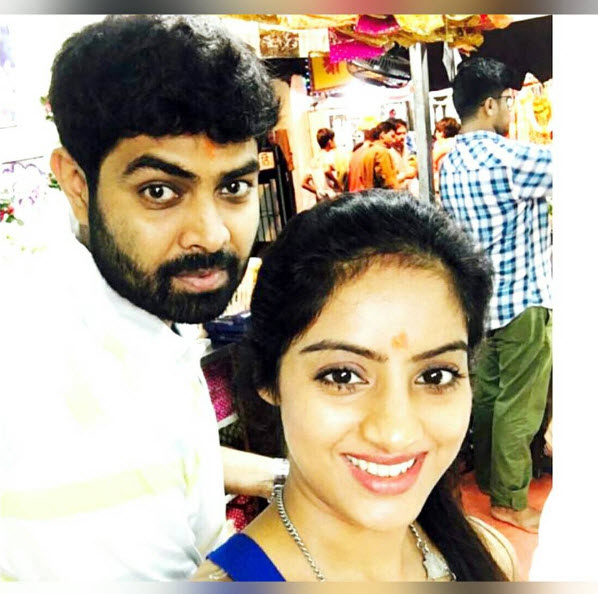 In an interview, when Deepika was asked whether life has changed post-marriage or it is still the same, her reply was: So, let us tell you guys one thing, even after getting married to Rohit, Deepika addresses him as ‘sir’ whenever they are on the sets working together. This is what shows how professional these two lovebirds are, and how they have managed to maintain a balance between their personal and professional lives.

Also Check: You Will Be Surprised To See What Sanjay Dutt’s Wife Maanayata Gave Him For His 57th Birthday 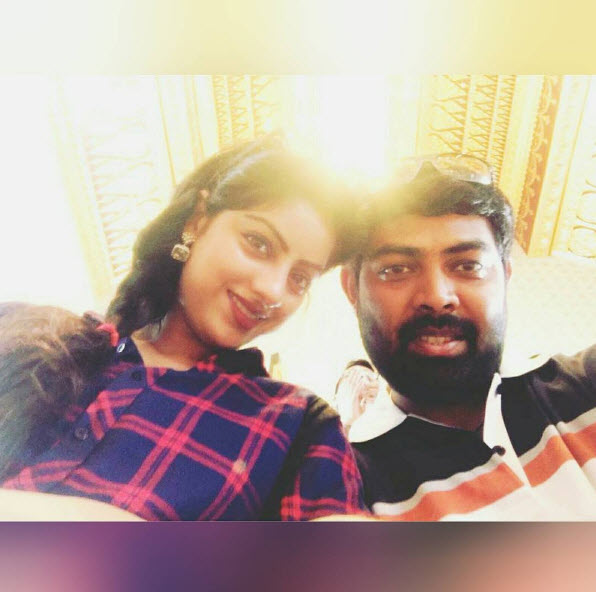 The chirpy and pretty actress was found stating:

"I've always respected him a lot. When I started working with him on Diya Aur Baati Hum, I never knew that one day we will enter into a relationship. He has been my guru and I've become a good performer only because of him. Whatever I can act today is only because he guided me in the right direction. The best part about our relationship is that I respect him a lot and he has that special place in my life. I've always addressed him as sir and will continue to call him sir even after marriage. He has tried many times to make me call him by his name but I can't and I don't think I can ever call him by his name," 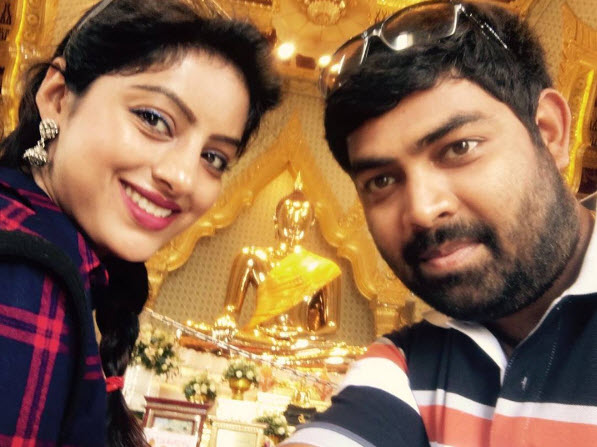 On the other hand, Rohit despite being husband to her in real life, did scold her for not giving an up-to-the-mark performance (as an actor on sets). Earlier in an interview, Deepika spilled the beans in this note:

"He has never made me feel awkward or uncomfortable in front of my co-stars so I share that kind of frankness with him. He doesn't mix our personal and professional life. Similarly, if am going wrong as an actor he will never be partial towards me because I am his girlfriend. He still scolds me if I am doing anything wrong as an actor.” “Aaj kal toh mujhe dusron ki galti ke liye bhi daant padti hai (Laughs). But we never fight or argue on sets. If he shouts at me for my acting, I never argue with him because I don't want people to take a dig at my relationship. I also behave as a professional as I know the motive behind the anger. He just wants to improve my work and make my character Sandhya look good on-screen," 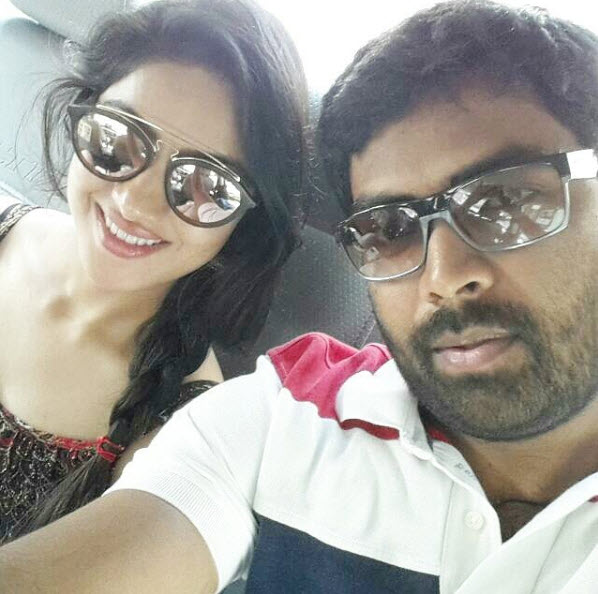 One thing more that showcases this couple’s sorted way of living personal and professional life is that Rohit never ever gave any advantage to Deepika for being his wife on sets. Here’s what the actress had to say on this:

"On the set, Rohit used to be a completely different person. Mujhe kabhi kabhi khud ko yakeen nahin hota tha that I am dating the same person. As a director, Rohit is very dominating, in a good sense, as he knows how to get the best out his actors. I had to be very focussed while working with him. Sab se zyaada daant maine hi khayi hai set pe as I was the only newcomer on the show. Maine kabhi nahi socha tha ki jiss insaan se main itni daant kha rahi hoon, issi se mujhe pyaar hoga aur fir shaadi bhi hogi. Post marriage, I dominate him. I nag him and this is so much fun.” 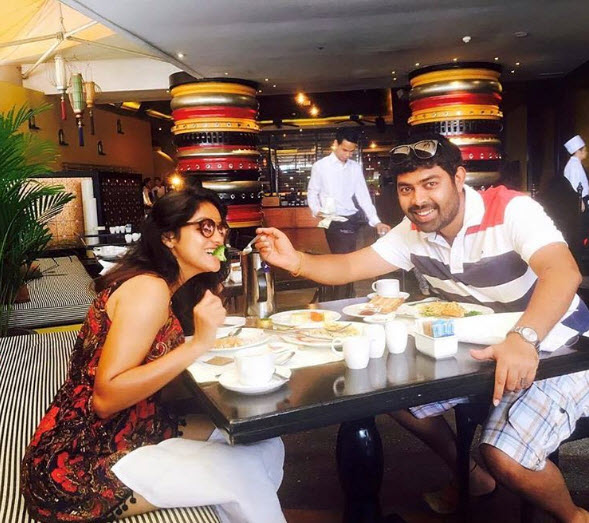 You May Like: From Reel To Real: 12 Magical Couples Made By Ekta Kapoor Who Fell In Love In Real Life Too

Any actor’s life or public figure’s life so to say is incomplete if there are no rumours. So, this same has even happened with these two cuties as well. As soon as they made their relationship official, rumours started doing the rounds that Rohit quit Diya Aur Baati Hum because he was giving complete attention to his wife. This is what the actresses mockingly said:

"Of course Rohit's attention was on me `coz I was the one who was being scolded the maximum on the sets, even after we got engaged. Sabse zyada insult maine hi seh rahi thi," 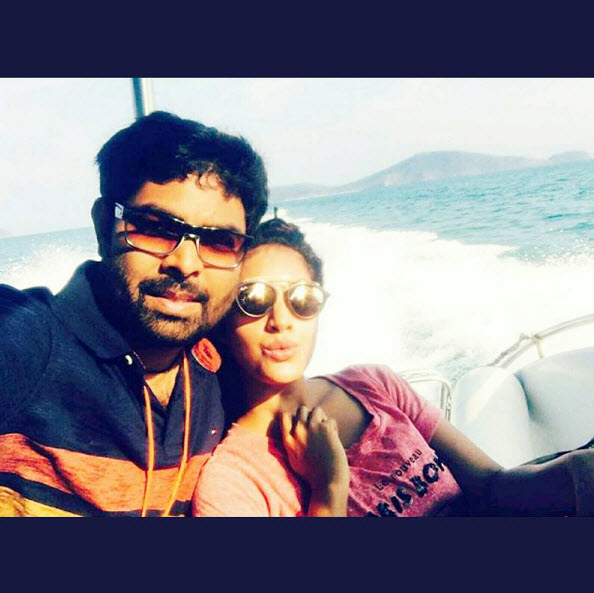 Adding to it further:

Love is still in the air and will always be It’s been two years that this adorable couple, Deepika and Rohit are married and love between them is growing fonder with each passing day. They even go on vacations together and in fact, they celebrated their second wedding anniversary in Thailand. Here are a few of their vacation pictures: Don't Miss: For The First Time Ever, Drashti Shared A Video With Her Hubby Niraj And It's Truly Adorable 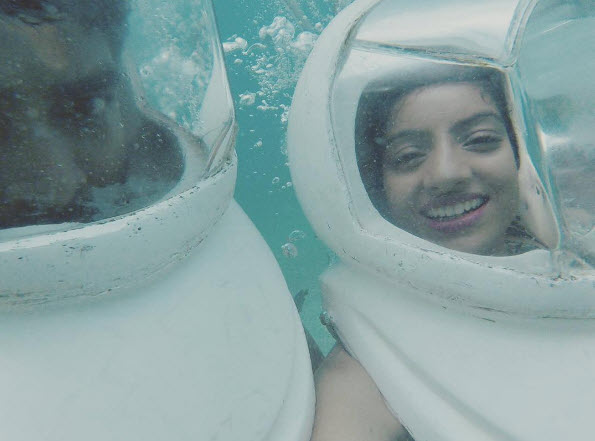 And a video too:

While Rohit is a bit shy guy when it comes to expressing his love on social media, Deepika, on the other hand, posts adorable pictures with hubby along with lovely captions. Here’s one pic that we couldn’t resist sharing it with you guys: 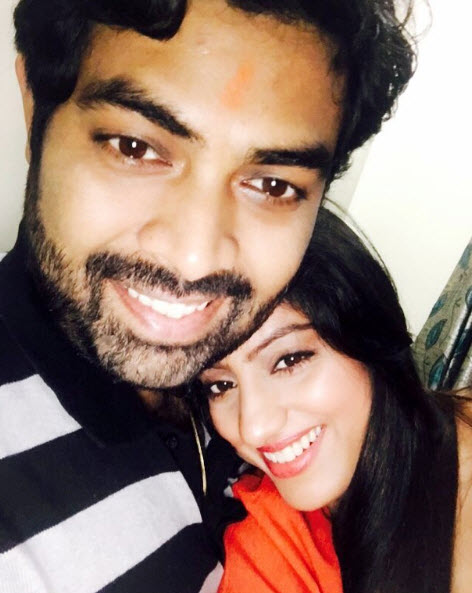 “@rohitraj_goyal you light up my world like nobody else.. Happy birthday to that person in my life whom I say is #MINE rough from outside but a tender from inside! Can't imagine my life without you!! Love you and your indeed going to have a kickass day.” The there is another one where the couple is enjoying a dinner date together:

Ps: Those are fruits that we having

Hold on guys, we also have her video of Karva Chauth 2016. Take a look:

Recommended Read: 11 Real Life TV Couples Who Have A Steady Relationship Even After Many Years Of Being Together

Well, Deepika and Rohit are truly made for each other. Team BollywoodShaadis would just like to wish them love, happiness, a lifetime of togetherness and all the luck. May they be head-over-heels in love with each other for life and beyond (*touchwood*).

Deepika Says She Never Worries About 'Aaya' For Her Baby, Thanks To Her 'Saasu Maa'