After Sonam Kapoor Ahuja and Anand S Ahuja’s wedding, it’s definitely the Padmaavat co-actors and long-time lovebirds, Deepika Padukone and Ranveer Singh’s wedding which is the most awaited wedding of 2018. The rumour mills are abuzz with their wedding news since the advent of 2018. Day after day, DeepVeer (as affectionately they are called) fans are rejoicing on hearing news of their wedding.

And so, we have got a similar news regarding Deepika Padukone and Ranveer Singh’s wedding. If a report in Mid-Day is to be believed, then it seems that Deepika is going to shift to her in-laws' house after her wedding with Ranveer. Ranveer currently resides in Khar, Mumbai and report suggests that the Bhavnanis have bought two more floors in the same apartment. In fact, construction works are going on in full swing and Deepika herself is overseeing it. 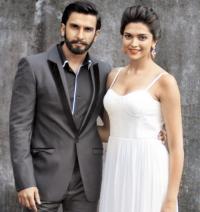 A few days ago itself, there was another reason for DeepVeer fans to rejoice. Deepika was spotted leaving a jewellery shop with her mom buying gold. Speculations are abuzz that she has finalised the bridal jewellery for her D-day. And this only means that we are getting closer and closer towards Deepika and Ranveer’s wedding. 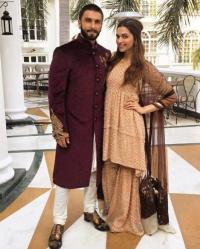 According to reports in SpotboyE, Deepika and Ranveer’s wedding shall take place in a three-day lavish schedule somewhere between November 18 and November 20. A source earlier revealed, “Ranveer has informally told his friends in the industry about his marriage. By the end of this year, he will be a married man for sure”. Another source earlier informed to a media portal, “The whole team has been asked not to take any leaves during that period. From the make-up artist to her manager and even her team of publicists have been requested to be available for the wedding”.

Last month, in an interview with Rajeev Masand, Deepika was quoted as saying, “When it is time, I’ll know that it is the right time. I think as an institution, it is extremely important. That’s the way I have been brought up. It is extremely important for me to see myself like that. It is every girl’s dream. I have always followed my instinct and I know that I will feel it when I am ready and when it’s meant to happen”. (Also Read: Kapoor Clan Posts Individual Heartfelt Messages For Sonam Kapoor Ahuja On Her 33rd Birthday)

It must be noted here, however, that neither Deepika nor Ranveer have gone on-record to accept or deny their wedding rumours. In a media interaction recently, Ranveer was quoted as saying, “It is the function of speculation – to exist. Nothing is official till it is made official and I am not a seer. I cannot say this will happen on this date in the future. Right now, we are both extremely busy working. Besides, she is also recuperating from back problems. So, we are quite occupied and distracted. So, if there is any announcement in the future, you will be hearing me shouting from the rooftops”. 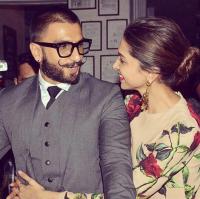 Earlier at the start of 2018, Deepika revealed how amazing their equation and camaraderie is, “When we’re with each other, we don’t need anything or anyone else. We’re comfortable in each other’s presence. Sometimes it’s intelligent conversation, sometimes just silence, sometimes there’s a childlike innocence and it’s about being playful. We keep each other grounded. We’re very good in that sense”.

Well, undeniably, Deepika Padukone and Ranveer Singh make one of the best couples from the B-town, and we can’t wait for their wedding bells to ring loud soon.

Next Read: Arjun Kapoor Apologises To Janhvi Kapoor For Not Being There By Her Side At Dhadak's Trailer Launch