For The 1st Time Ever, Deepika Padukone Reveals The Most Irritating Habit Of Ranveer Singh

For The 1st Time Ever, Deepika Padukone Reveals The Most Irritating Habit Of Ranveer Singh 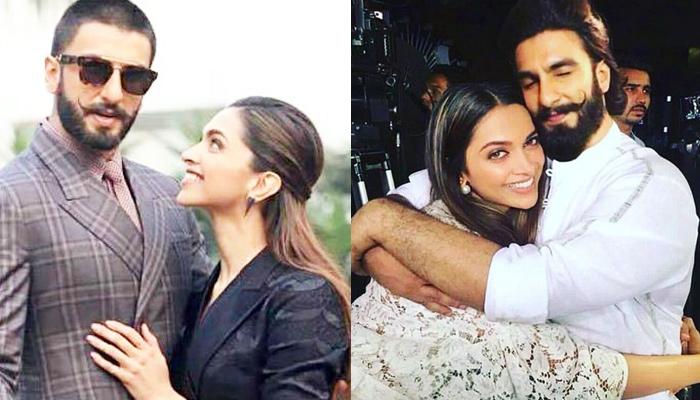 She has given many hits in the Bollywood industry, she wears her confidence and emotions on her sleeves and her smouldering chemistry with the actor, Ranveer Singh. There is a lot going on inside her and in her mind. Be it the stardom Deepika Padukone got, the pressure of work or about love and marriage plans, there is a lot but we don’t have a clarity of her thoughts.

There were many rumours in the past, that there is nothing good happening between Ranveer and Deepika. Recently, the Padmaavat actress revealed the most peculiar habit of Ranveer and she was quoted as saying, "He has a ritual before he does a shot. Like he puts eye drop and then he sprays perfume and then he does some mouthwash or some funny thing. So, he has a full ritual he does before every shot.’’ And if this habit is irritating on the sets, Deepika revealed saying, "Maybe for other people but not for me because I am used to it and I know how to block these things off from distracting me while performing.’’ When asked how is the experience working with Deepika, Ranveer went ahead and said, "I can only tell you this based on Ram Leela and Bajirao Mastani. For I don't any scenes with her in Padmaavat. But everybody has been raving about her performance but I haven't seen any of it because I don't shoot with her."

In one of the interview, the Piku actress mentioned that Ranveer has been and will always be an important part of her life. The actress didn’t clarify anything related to the rumours and her breakup. Amidst all these rumours, we thought of giving you a look at the candid conversation, the actress had with the leading magazine, Filmfare where she spoke her feelings out. Scroll down to read more about what the superstar actress revealed about her relationship with Ranveer and her marriage plans.

If speculations are to believed that Deepika and Ranveer are no more together and when asked, that it will be heartbreaking for Ranveer Singh’s fans and their fans to not see them together on-screen, the actress retorted, "Yes. To cast us in two iconic films like Ram-Leela and Bajirao Mastani, where we were eternal lovers and then to literally tear us apart, where we have not even been on the set together during Padmavati has been hard. To be part of the same journey and not share that experience is definitely hard. That’s the way it is.” Being curious, when asked if Deepika believes Ranveer’s performance in Alauddin Khilji was the best till date, Deepika was quoted as saying, “Yes and no. Because I don’t know what more is in store for him. He’s capable of so much. He has so much more to explore. Is it going to be his best till date? I hope so. In fact, I can’t even say yes or no because I’ve not seen his work. We’ve not worked together in the film. That’s why I feel like they’ve shot a completely different film with him. I don’t know what he has done. But I’ve seen what the audience has seen, which is the trailer. Yes, I hope for his sake that it’s his best till date.”

Going further, which character of Ranveer she liked the most out from Ram, Bajirao or Khilji, Deepika cherry-picked her favourite and retorted, “(Smiles) Ranveer as Ram... boyish, young, innocent, playful, sensual... a young romance. But at the same time, I know what value he has brought to Bajirao or the value that he’s added to Khilji. Because no other actor in our industry today can do that.” Along with us, all their fans are curious to see them getting married. When asked the dimpled smile actress about her plan to take her relationship with Ranveer to the next level, being innocent she said, “(Laughs) Hmmm... and what would the next level be?” After dating for a long time, marriage is the next level to take your love and relationship to another new phase of life. She continued saying, “(Smiles) It’s not obvious. I don’t know if marriage per se... Because I believe every relationship has its natural progression. I’m discovering that myself.”

Admiring them as a couple, we asked one best thing Deepika loved about Ranveer's company and she was quoted as saying, “When we’re with each other, we don’t need anything or anyone else. We’re comfortable in each other’s presence. Sometimes it’s intelligent conversation, sometimes just silence, sometimes there’s a childlike innocence and it’s about being playful. We keep each other grounded. We’re very good in that sense.” And how the definition of love changed through the years being with him, she mentioned, “(Laughs) Early in life, you view love in a certain way, that is, it is one-dimensional, just as a romantic relationship. There are no layers to it. And then as you grow and as you evolve, you realise that there’s so much more to love. There are so many different kinds of feeling and emotions associated with it. It’s multifaceted and layered. I find love fascinating because it’s no longer uni-dimensional.”

After her relationship with Ranveer hasn’t settled yet, when asked how easy or tough it was, to build chemistry with Shahid Kapoor on-screen, this is how she expressed her feelings and said, "People who’ve seen us together feel it’s electric. And I’m not surprised because it was about time we did a film together. I understand the value that he brings to this film. He’s perfect for Rattan Singh. He suits the part. I’m glad that we came together for this particular film.” Respecting her feelings for the actor and understanding a breakup isn’t an easy thing to move on, when asked if she fears failure, she uttered, "No I don’t because I have experienced it in the past.” She was also asked if there were any low key points that she had to fight through, she retorted, "A broken relationship and depression. Those were the two very low points of my life.” When asked how she overcame those feelings, she responded, "Well, time and a lot of work on myself helped me overcome it. It came with an amazing support system, my friends and family. My friends and family keep me grounded. They keep me rooted. They anchor me. Also, today my work is everything. My work is me. I have created it. I’m responsible for my success and failure. No one else can take that away from me. That’s on what I have focussed all my energies and efforts. It’s my baby.”

Last but not the least, when asked about her plans for the New Year and if she wishes to settle in 2018, she firmly replied, "I can’t put a year to it. Honestly, I’ve never been able to do anything that is time bound. I believe relationships have their own way of unfolding. As far as my equation with him is concerned, I’m sure that it will unfold in its own manner. I can’t wait to be a homemaker. Because from the time I was a little girl, I’ve always wanted to be that. I’ve always wanted to start a family. Anyway, for the last 15 years, I’ve been living on my own and running my house. Starting a family and sharing that life with people... I’m excited about that.”

Next Read: Between Rumours Of Unsettled Marriage, Shweta-Abhinav Confirm Their Happy Marriage With A Picture 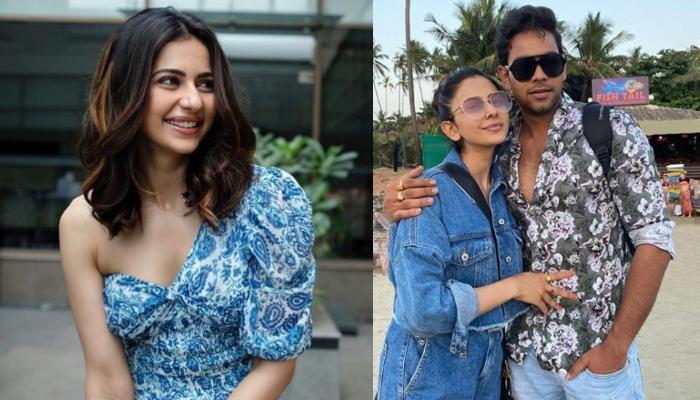 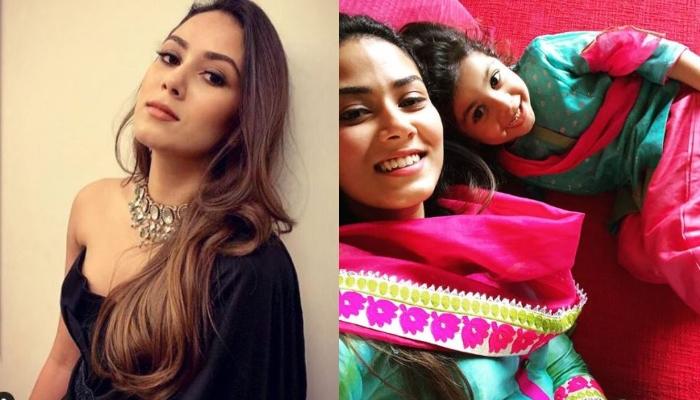