Dadasaheb Phalke was the pioneer of Indian cinema, and his contribution is immeasurable. However, not many are aware of his wife, Saraswatibai, who helped in turning his dreams into reality.

Considered the father of the Indian cinema, Dhundiraj Govind Phalke aka Dadasaheb Phalke, was born on April 30, 1870, in Trimbak, British India (present-day Maharashtra). His contribution to the world of motion pictures is unparalleled, and there is no denying the fact that without him, Bollywood industry wouldn’t have existed. He was credited with making India’s first silent film, Raja Harishchandra, in 1913, and he handled the scripting, production, direction, and distribution all by himself. The film was a huge success and an important milestone in the history of Indian cinema. 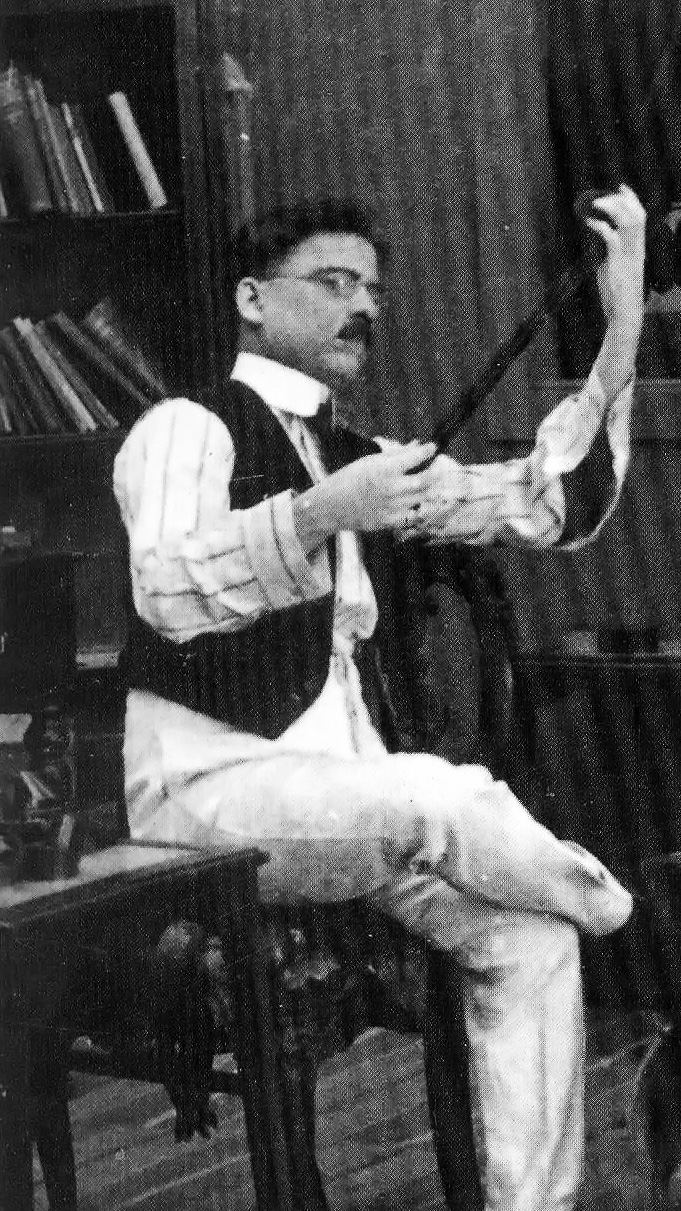 From a young age, Phalke had a great interest in the field of creative arts. With the determination to pursue his dreams, he joined the Sir J.J. School of Art,  in 1885, and during that time he pursued a variety of interests, including photography, lithography, architecture, and amateur dramatics. Later, he worked as a painter, a theatrical set designer, and a photographer for a short time. However, it was only after viewing the silent film, The Life Of Christ (1910) that marked a turning point in his career. Phalke was so moved by the film, that he made it his mission to bring all the Indian elements to the moving picture screen. So, in 1912, he decided to go to London to learn filmmaking from the British pioneer filmmaker, Cecil Hepworth. And the following year, he released the film, Raja Harishchandra, a work based on Hindu mythology. Phalke was always ahead of his time, and he never hesitated from taking risks in life. He even introduced a female actor as the lead in his film, Bhasmasur Mohini (1913) at a time when acting was taboo for women. With his relentless commitment and pioneering efforts, Phalke laid the foundation of Indian cinema. Being a visionary, he foresaw the potential of the film industry and also made it an inevitable part of Indian culture in today’s world. The government of India also instituted the prestigious award, Dadasaheb Phalke Award, in his honor for his lifetime contribution to Indian cinema. While Dadasaheb Phalke was creating new milestones in the Indian film industry with each passing day, his personal life was always under the wraps. He was previously married to a Brahmin woman in 1855, who died in the Bubonic plague epidemic of 1899. This tragedy made his life miserable. Later, in 1902, he tied the knot with a 14-year-old child bride, Kaveribai Karandikar, whose name was changed to Saraswatibai Phalke, after marriage. However, widower Dadasaheb, was initially opposed to marrying a girl almost 19 years younger than him, but he eventually had to relent due to family pressure.

Before being wooed by the world of cinema, Dadasaheb held multiple jobs to support his family. Later, he even started his own printing press. Back in those days, when women were asked to stay inside their house and do the household chores, Saraswatibai broke all the stereotypes even as a teenager. She used to work alongside her husband, and she helped him run and manage his business. However, the press didn’t do well financially, so the couple moved to Mumbai. Saraswatibai Phalke was a young and ambitious lady, who had immense faith in her husband, Dadasaheb Phalke’s dreams. She followed him wherever he went, no matter how hard the circumstances were. Theirs was a happy marriage as the two never left each other’s side. However, it was Easter Day in 1910, which changed Dadasaheb Phalke and his wife, Saraswatibai Phalke’s life completely. It so happened that he asked his wife to get dressed as he had a big surprise for her. Phalke took his wife to the screening of the film, The Life Of Christ, at a theatre in Mumbai. Saraswatibai was stunned to see the characters moving on the blank screen, and she couldn’t believe her eyes.

Later, Phalke told her that he wished to make a movie. However, his family members ridiculed the idea and declined to provide him with financial support. But his wife, Saraswatibai stood by him like a pillar. The doting wife sold her jewellery to support her husband’s dreams financially. With this money, Phalke bought his first-ever camera and other equipment from Germany and also jetted off to London to master the craft of filmmaking. Upon his return to India in 1912, he began shooting for his film, Raja Harishchandra. However, due to a lack of resources, his wife, Saraswatibai had to do multiple roles. Not only she raised their two kids but also turned the film’s financer, editor and production manager at the mere age of 20. 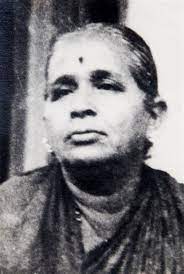 Even to this date, not all of us are aware of the enormous contribution of Saraswatibai Phalke to the Indian cinema. She is the mother of Indian cinema, and there’s no second thought about it. While her husband, Dadasaheb Phalke owns the credit for the first feature film, not many know that the film would not even have existed if she was not there for him. Right from its pre-production to editing and being a hands-on member of the crew, Saraswatibai did it all. While Phalke was well-versed with the various elements and processes of fimmaking, his wife, Saraswatibai was naïve. However, she learnt the technical things of filmmaking to reduce the work pressure on her husband. Often considered to be India’s first film editor, she worked tirelessly with her husband.

She used to cook food for 60-70 crew members daily and stood with a white cloth during hot afternoons for hours to help in getting proper lighting. Back in those days, film industry was looked down on, and interestingly, Saraswatibai Phalke was reportedly ready to essay the part of 'Nati' in the film, Raja Harishchandra. She even learnt the art of making mixed film-developing chemicals, and perforated raw film sheets. Apart from that, she had many brainstorming sessions with her husband, Dadasaheb, and she also contributed to the creative aspects of film-making. Even though Saraswatibai never gained the popularity that her husband, Dadasaheb Phalke did, her role didn’t go unnoticed. Many narratives from the era have given her the due credit. In the children’s book called Lights…Camera…Action! The Life and Times of Dadasaheb Phalke, the writer, Rupali Bhave gave Saraswatibai’s position as a creative collaborator its due attention. An excerpt from the same can be read as:

“In all the material I read, the information available about Saraswatibai gave me a feeling that she provided the support system that enabled Dadasaheb to achieve his vision. Not only did she support his work but also actively participated in it.”

The Decline of Dadasaheb Phalke’s legacy 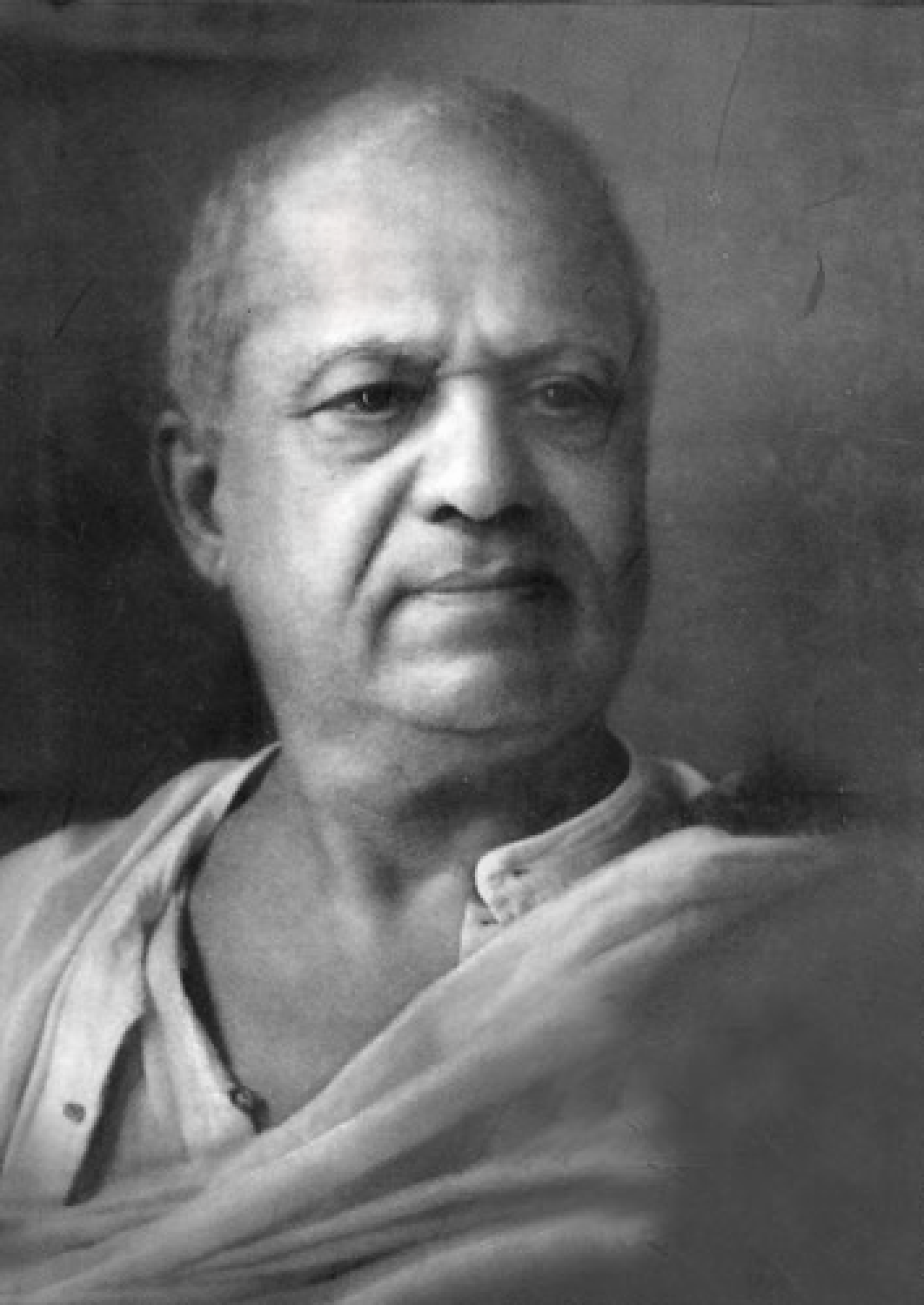 Dadsaheb Phalke made a total of 95 movies and 26 short films during his career. He also formed a film company, Hindustan Films and set up a model studio where he used to train technicians, actors, and models. However, unfortunately, his idea failed miserably. Moreover, his work lost popularity when sound was introduced to cinema leading to the expansion of the film industry. So, Phalke left filmmaking in the 1930s and his last silent movie, Setubandhan was released in 1932. The motion picture director died lonely, embittered, and sick on February 16, 1944, in Nashik, Maharashtra, but his memories are still alive in the world of films.

Indeed, Saraswatibai’s contribution to the art and craft of filmmaking in India is commendable. It is said that after her husband’s death, she wrote an autobiography on her journey, which unfortunately got missing. However, her efforts were overshadowed by her husband’s achievements, and she never got her due recognition.