'Koffee With Karan' is one of the most talked-about shows in India, and it is hard not to drool over the exotic gift hampers given to the celebs on the show. Find out what's inside the coveted basket!

Talk shows always fascinate us, and when it comes to celebrity talk shows, our excitement doubles up instantly. One such Indian talk show is filmmaker, Karan Johar's show, Koffee With Karan, that has been loved and enjoyed by millions for years. The show was debuted on television on November 19, 2004, and over the years, it has gained a cult status and massive fan-following across the nation.

Everyone's favourite show, Koffee With Karan has returned on Disney+ Hotstar with its seventh season, and the excitement level among the viewers is pretty high. The show comprises of multiple segments, and each one of them has a fanbase of its own. Talking about the same, the rapid-fire round is the most entertaining one, wherein the show's host, Karan Johar asks some quirky questions to the celebs. And the star who answers those questions honestly and uninhibitedly, wins the round. Apart from it, the show also has some exciting segments like Koffee Bingo, Mashed Up and much more.

Inside Koffee With Karan gift hamper With celebs like Akshay Kumar, Samantha Ruth Prabhu, Tiger Shroff, Varun Dhawan, and Ananya Panday, among others, gracing the couch, one can get a taste of how spicy and edgy the show can get. While the show is famous for its humour and celebs revelations, it is the Rapid Fire segment that is hands down the most-awaited part of the show as it features the coveted gift hamper. Every celeb tries their best to win the celebrated gift hamper, as it is no less than a treasure trove. For those who are wondering what is inside the luxurious basket, we have got you covered!

Why is 'Koffee With Karan 7' gift hamper the talk of the town? There is no denying the fact that Koffee With Karan gift hamper excites the audience even more than the celeb gossip and revelations. Talking about the hamper, it is worth a hefty amount as it features some really expensive items. Over the years, we have seen Karan Johar's taste in expensive goods, and this time he took it a notch higher and added some more luxurious items to the hamper. As a result, its cost got increased by a significant amount, which further fuelled the competition. 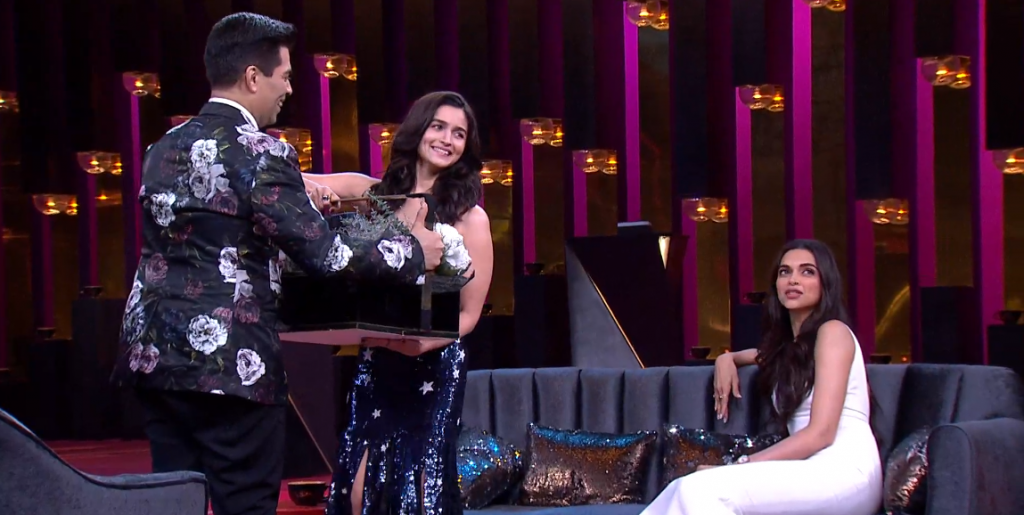 As per multiple media reports, the gift hamper necessarily includes a coffee French Press, personalised roasted coffee and a coffee mug so that the coffee never stops brewing. Apart from it, KJo has added some of his favourite chocolates and brownies personally selected by him. However, unlike other times, in this season, the host has not included a bottle of champagne and rather added some other valuable items. The customised hamper also encompasses an iPhone, Marshall Action II speakers, handmade soaps, skin care products, luxurious edibles, some lavish home decor items, and gift vouchers worth lakhs. 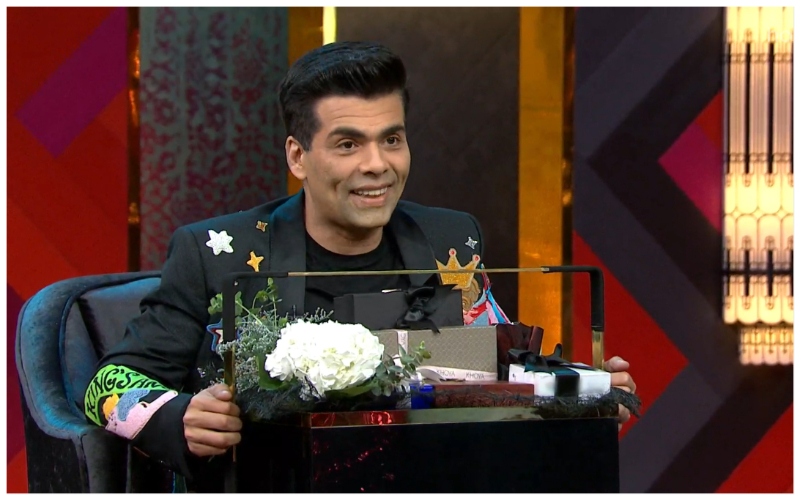 There is something so special about the gift hamper that every celebrity gives a tough competition to their opponent in order to win the game. Well, Bollywood actor and India's highest taxpayer, Akshay Kumar is an exception. It had so happened that in the third episode of Koffee With Karan 7, actress, Samantha Ruth Prabhu had lost the hamper to Akshay with a whopping margin. However, the actor had shown his generosity and gave away the hamper to Samantha. His gesture left the audience gasping, and it definitely made Samantha's day! 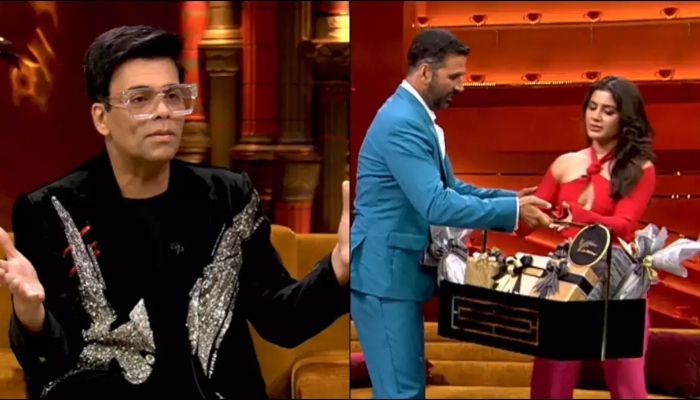 Well, the luxurious Koffee With Karan gift hamper reflects Karan Johar's taste in expensive items, and it is indeed something worth fighting for! What do you think? Let us know!

Next Read: Shloka Mehta's Exquisite Jewellery Collection Has A 3 Crore 'Rani Haar' And Many Diamond Sets