Life Story Of Dara Singh: From Child Marriage To Unlucky In Love, The Wrestler Lived It All

Life Story Of Dara Singh: From Child Marriage To Unlucky In Love, The Wrestler Lived It All

Dara Singh was a popular wrestler-turned-actor, who has never lost a single wrestling match in his career of 500 matches. Here are some lesser-known facts about him.

Deedar Singh Randhawa, popularly known as Dara Singh, was a wrestler turned actor who excelled in both fields and made the nation proud. With his unmatched wrestling skills, Dara Singh had managed to beat world-famous wrestlers in 500 matches. People were in awe of his wrestling, and they used to go to watch his matches from far off lands.

Apart from his wrestling career, Dara Singh had also worked in several movies. He had made his Bollywood debut with the film, Sangdil, and later appeared in countless other movies like Pehli Jhalak, Engal Selvi, Rustom-E-Baghdad, Jagga, Aandhi Aur Toofan, Saat Samundar Paar, and others. In the 1990s, he gave back-to-back hit movies like Main Maa Punjab Dee, Guru Gobind Singh, Qahar, Zulmi, Hudd Kar Di, Kal Ho Naa Ho and others.

Recommended read: When Shammi Kapoor Opened Up On His 'Hush-Hush' Wedding With Geeta Bali At 4 In The Morning 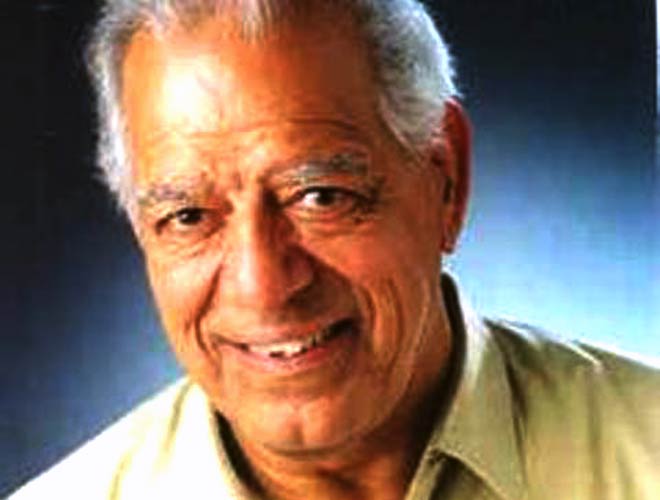 Born on November 19, 1928, in the Gurdaspur district of Punjab, Dara Singh had a struggling childhood. Also known as the Ironman of the Indian cinema, he was considered a solid and tough personality. However, there was a soft and warm side to his well-built physique, about which only a few people are aware. The master of wrestling and tough-looking, Dara Singh was head over heels in love. The actor's name had been connected with Bollywood's well-known actress, Mumtaz. The two had met when the producers of Singh’s second film, Faulad, were looking for an actress for the film. 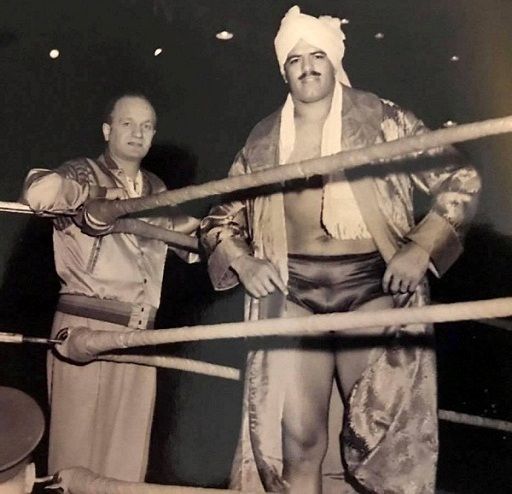 The love story of Dara Singh and Mumtaz

Earlier, Dara Singh's film, King Kong, performed well at the box office and received a lot of appreciation. But despite this, he had taken a long time to find an actress for his next film. Every other actress had refused to do films with him, saying that they would not work with a wrestler. However, destiny had different plans, and Dara and Mumtaz had finally met. And thus, Singh had found his heroine in Mumtaz, who did minor roles back then. 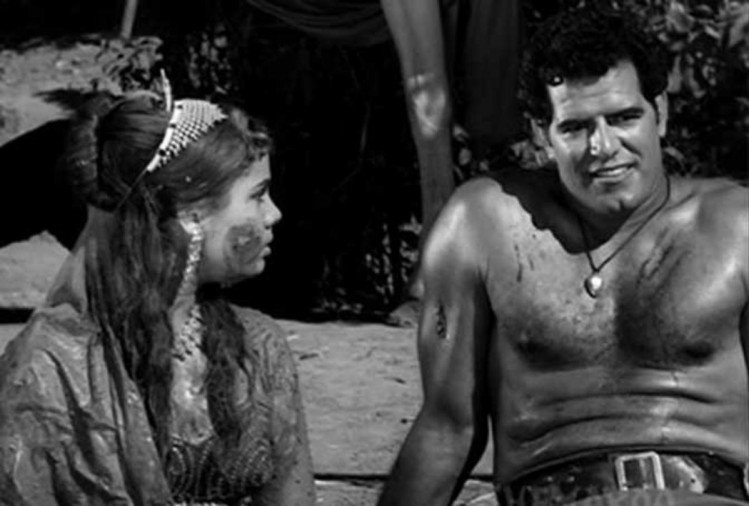 It so happened that when Dara Singh was looking for an actress for his next film, Mumtaz had reached on the sets with her sister. And as soon as Dara had seen her, he had selected her to be the heroine for his film. Hence, Dara Singh had signed Mumtaz for his film and thus, they had become a pair. Dara Singh and Mumtaz had worked together in the film, Faulad, which was released at the box office in 1963. And ever since they had started working in the film, there had been rumours about them being in love. 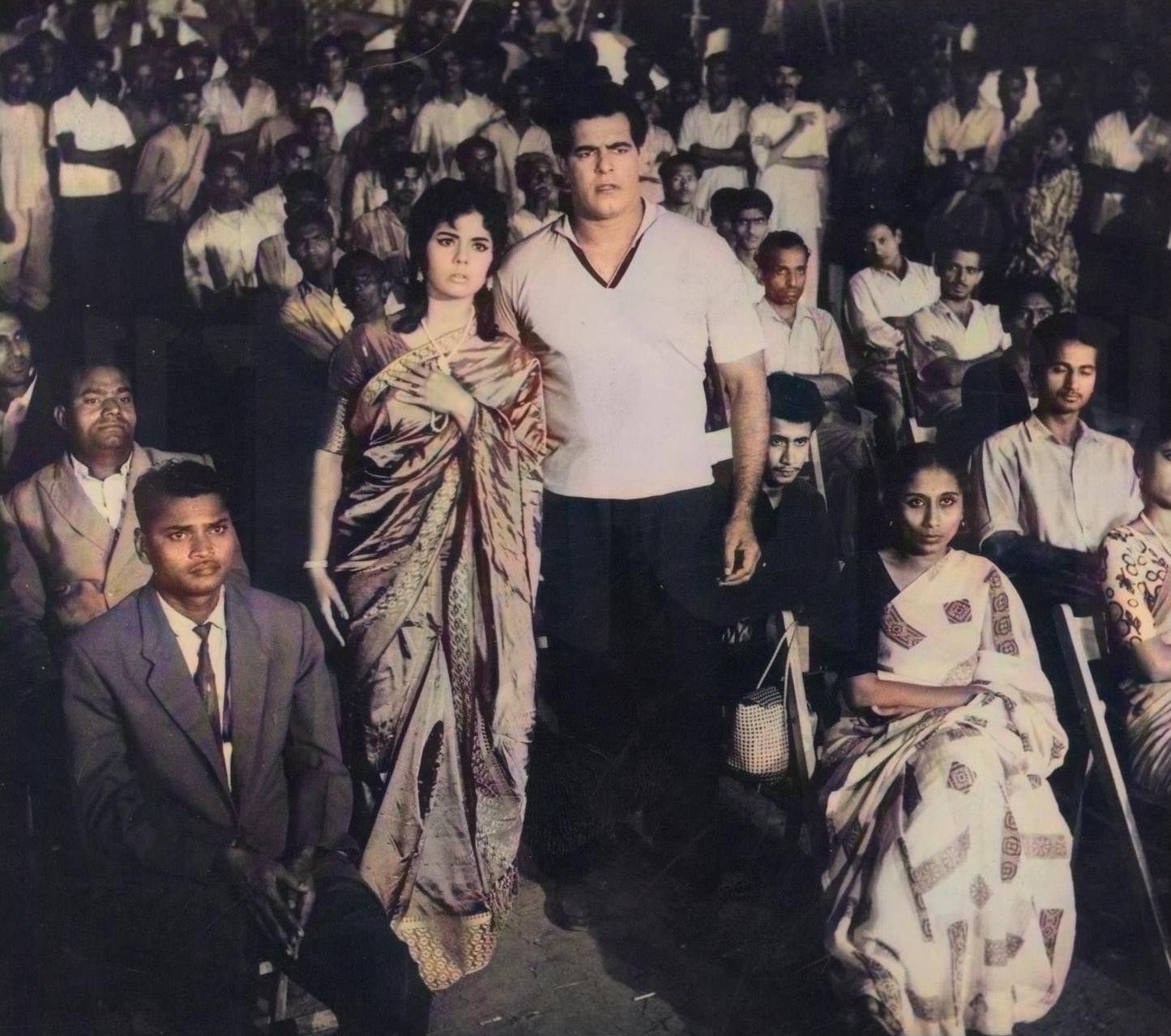 During the shoot of the film, Dara and Mumtaz had shared some memorable moments with each other. They both had become the talk of the town, and people couldn’t get enough of the lovebirds. However, with the release of their film, Mumtaz had risen to fame and had made her place in Bollywood. She had become a well-known Bollywood actress and had got very busy with her work. She was so occupied in her shoots that she couldn’t take time to meet Dara Singh. This had created differences between the two, and after that, they were never seen together.

Also read: Aditi Rao Hydari Got Married At 21 To Satyadeep Mishra, Kept It A Secret, Only To Separate Later 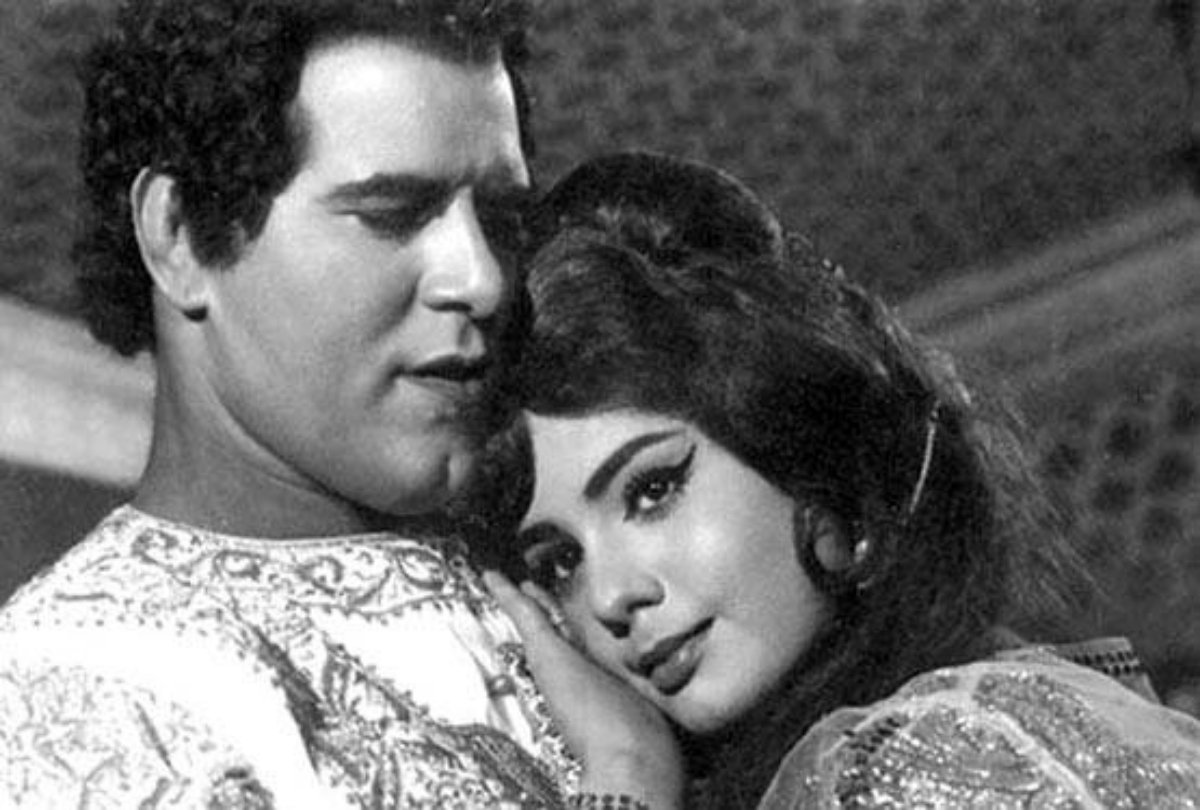 After his unsuccessful love story with Mumtaz, Dara Singh was left shattered. According to reports, Dara Singh had once said, “Bollywood snatched Mumtaz from me.” However, it didn’t mean that he would stop searching for love and give everything up. For the unversed, Dara Singh had married twice. 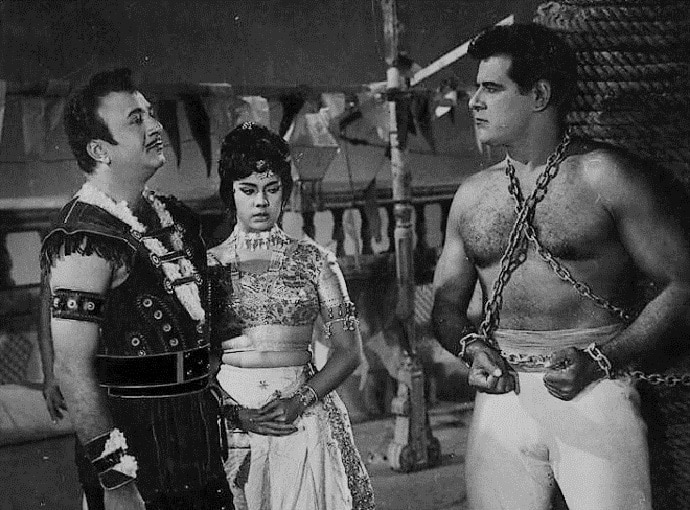 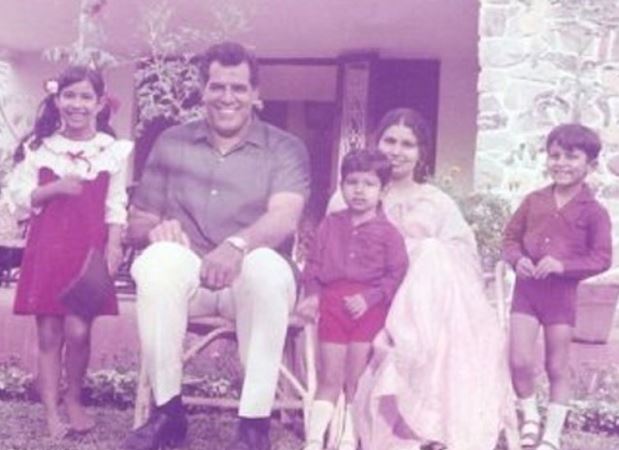 At the tender age of 14, Dara Singh’s family had arranged his first marriage. In 1937, he was married to Bachno Kaur, who was much older than him. Not only this, but he had also become a father when he was just a minor. However, after ten years of marriage, the two had parted ways. Later, in the year 1961, Dara Singh had married Surjit Kaur for the second time. In those days, he used to work as a watchman. The two had a blissful married life and had three sons and three daughters, one of whom is the actor, Vindu Dara Singh. 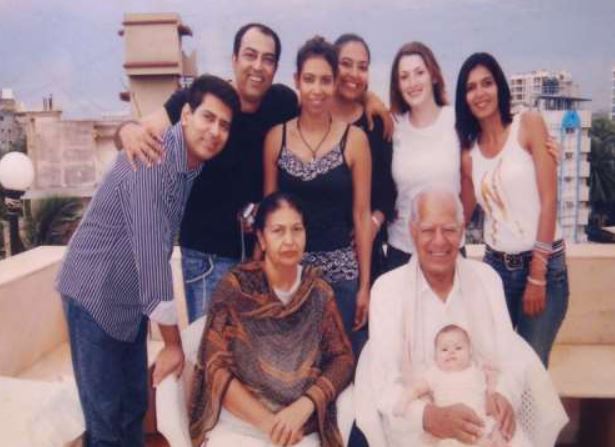 Dara Singh’s parents had pulled him out of school to work on the farms at a very young age. However, with no proper education, Singh had developed an inclination towards wrestling. And he would often participate in non-professional wrestling events in his village. In 1947, Dara Singh went to Singapore and did petty jobs at a drum manufacturing mill. However, the turning point in Singh’s life had come when he had met his mentor, Harnam Singh, who had initiated the 6’2” tall young man into wrestling. 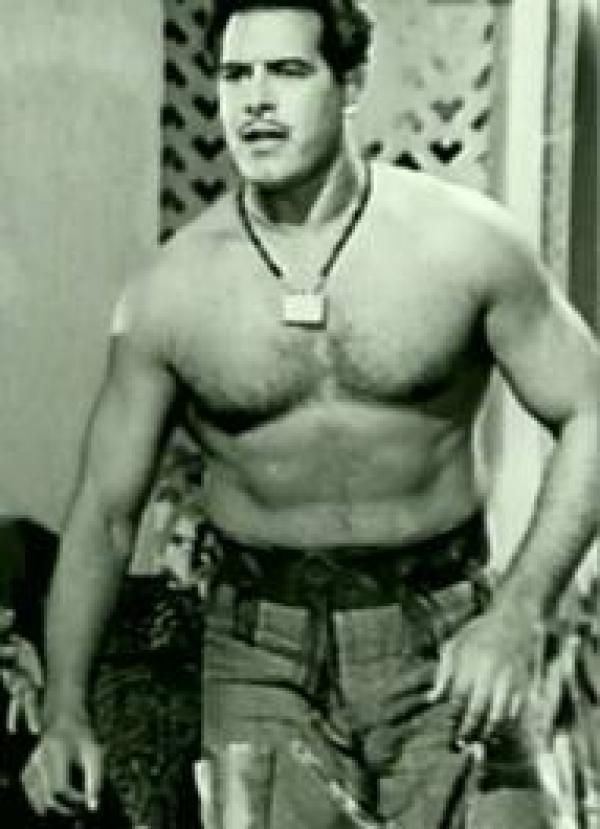 In those days, Dara Singh maintained his body by consuming a healthy diet that included milk, homemade butter, almonds, and chicken soup. His dedication and sheer determination had led him to win several accolades. In 1954, Singh had won the Rustam-e-Hind title after defeating the wrestler, Tiger Joginder Singh and had also won the Commonwealth championship in 1959. After that, Dara Singh had moved on to professional wrestling. In his career, Singh had won numerous championships and had defeated many international wrestlers such as the famous Australian wrestler, King Kong in 1956 and the world champion American wrestler, Lou Thesz, in 1968. Dara Singh as an actor 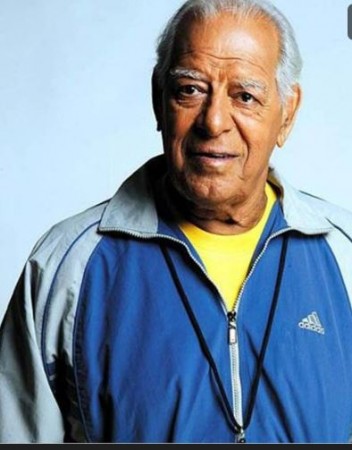 Due to his muscular physique, and his popularity, Dara Singh had got a break in Bollywood. The wrestler had portrayed the role of the first-all action hero and had become India’s first He-Man. He had started his acting career with a supporting role in the 1952 film, Sangdil, starring Dilip Kumar and Madhubala.

Don't miss: Sunny Deol Opened Up About Why His Mother, Prakash Kaur And Wife, Pooja Deol Keep A Low Profile 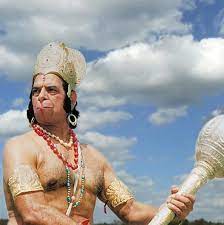 For the initial twenty years of his career in Bollywood, Dara Singh had played the roles of action heroes. From Rustam-E-Baghdad (1963) to Faulad (1963), and Hercules (1964) to Boxer (1965), Singh had showcased his splendid acting skills and had won millions of hearts. After playing the lead in countless B-grade movies, Singh tried to shift the gears a bit. In 1970, he attempted to reinvent himself as he had directed and acted in the Nanak Dukhya Sub Sansar, a film that revolved around India’s partition tragedy. 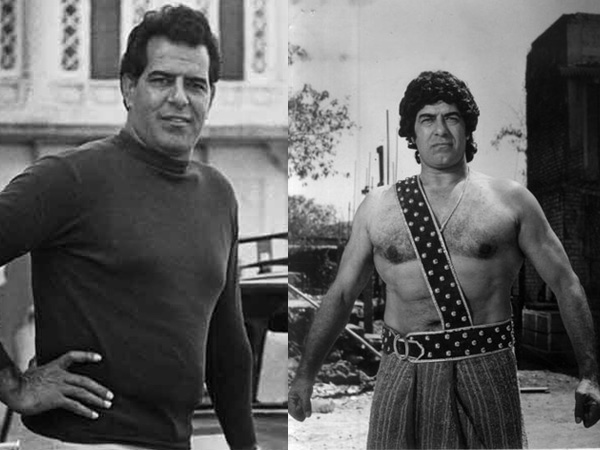 Apart from that, Singh had also acted in TV shows like Had Kar Di and Kya Hoga Nimmo Ka. However, the TV role that had made him a sensation was the character of Lord Hanuman in Ramanand Sagar’s Ramayan, in 1987-88 on Doordarshan. Moreover, Singh also made special appearances in various Bollywood movies like Raj Kapoor’s Mera Naam Joker (1970), Ajooba (1991), Dillagi (1999) and Kal Ho Naa Ho (2003). His last Bollywood movie was the 2006 blockbuster, Jab We Met, wherein he had acted as Kareena Kapoor’s grandfather.

Dara Singh as a politician 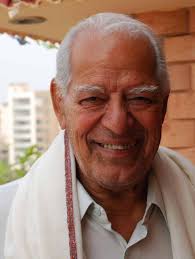 The wrestler-turned-actor, Dara Singh, had participated in politics as well. He had joined the Bharatiya Janata Party (BJP) in 1998 and had become the first person from the sports category to be nominated as a member of the Rajya Sabha. He had remained a Rajya Sabha MP from the year 2003 to 2009. He had also been the president of the All India Jat Samaj and the Bombay Jat Samaj. Dara Singh believed that one should keep working; otherwise, you grow old. He was content that he had pretty much done it all. However, Dara Singh had announced his retirement from wrestling in 1983. In 2012, the wrestler-turned-actor-turned politician died of a heart attack. And after six years of his death, Dara Singh was inducted into the World Wrestling Entertainment’s hall of fame in 2018.

Dara Singh’s streak in worldwide wrestling is impeccable and nobody has been able to break it.

You may also like: Sara Ali Khan's Net Worth And Her Expensive Possessions Are A Proof Of Her Royal Taste