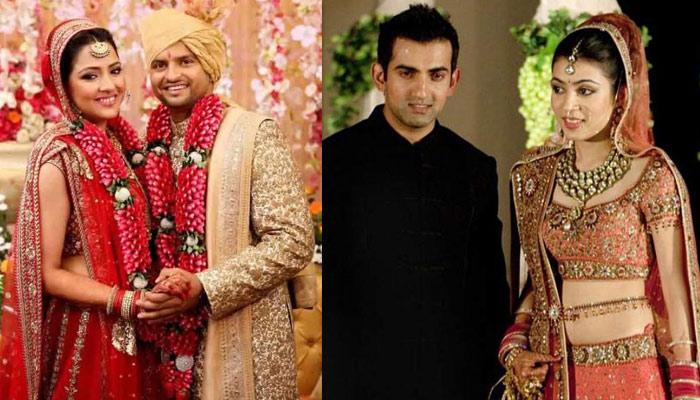 Getting married is the biggest decision of one’s life. When you decide to tie the knot, you agree to share every aspect of your life with the other person. This thought is overwhelming as it is full of risks, but what happens when you get one of the most wanted bachelors of the country as your prospective partner? 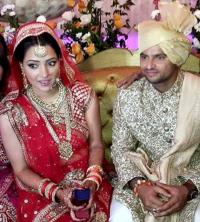 Suresh Raina left the list of most wanted bachelors on April 3, 2015, when he got married to Priyanka Chaudhary. Both Priyanka and Suresh were neighbours when they were kids, but soon Priyanka's family shifted to Punjab. Raina was in Australia when his mom called to give him the news that his wedding has been fixed. It was when he got to talk to Priyanka that he got to know that he is about to get married to his old neighbour. 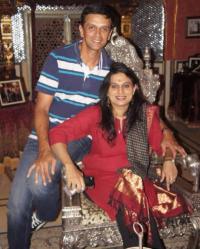 The man who will always be known as 'The Wall' is one of the most dependable cricketers of all time. Rahul Dravid and Vijeta Pendharkar’s families have always shared a close bond. Their fathers have known each other years when they thought that it would be a great idea to take their friendship to the next level. After the Cricket World Cup, Rahul and Vijeta tied the knot on May 4, 2003.

You May Also Like: Breaking The Stereotype, Famous Cricketers Who Married Outside Their Religion 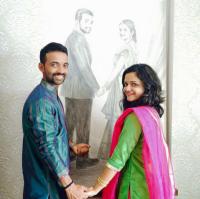 Ajinkya Rahane is one of the most humble and down-to-earth cricketers. Unlike his demeanour on the pitch, he isn’t very expressive in his real life. Radhika Dhopavkar was Ajinkya’s childhood friend. Though they both had completely opposite outlook towards life, they became good friends. Being the shy boy as he is today, Ajinkya had a soft corner for Radhika but never dared to say anything to her. Their parents realised that their kids were perfect for each other and arranged their wedding.

After being linked to various starlets of Bollywood and Kollywood, Sreesanth decided to go ahead with an arranged marriage. Keeping in mind the conservative side of the South Indian families, Sreesanth handed over the responsibility of finding his perfect match to his parents. His match was fixed with Bhuvneshwari Kumari who hails from the royal family of Rajasthan. She stood by him during the entire match-fixing fiasco.

Do Check: 8 Foreign Star Cricketers Who Fell Head Over Heels In Love With Indian Women

VVS Laxman will always be considered as one of the greatest Indian batsmen. When the cricketer was basking in glory, his mother decided that it was time for him to give attention to his personal life as well. Laxman’s doctor mother found him a software engineering student, G R Shailaja. The two got married in 2004 and have two kids, a daughter named, Achinthya Laxman and a son named, Sarvajit Laxman. 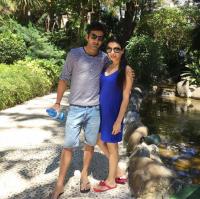 Gautam Gambhir hails from the family of businessmen and so does his wife, Natasha. It was through their respective parents that the two met for the first time. Gautam Gambhir is a nightmare for the bowlers but not for Natasha. The two became good friends and their families thought that they would be perfect for each other. After winning the 2011 Cricket World Cup, Gautam married Natasha on October 29, 2011.

These cricketers were lucky to have found their perfect partner with the help of their parents. Their partners support them through thick and thin, which shows in their performances. Whether it is an arranged marriage or a loved one, you are a lucky person if you have found a heart that speaks to your heart. We hope that everyone is as lucky as these cricketers in the department of love. 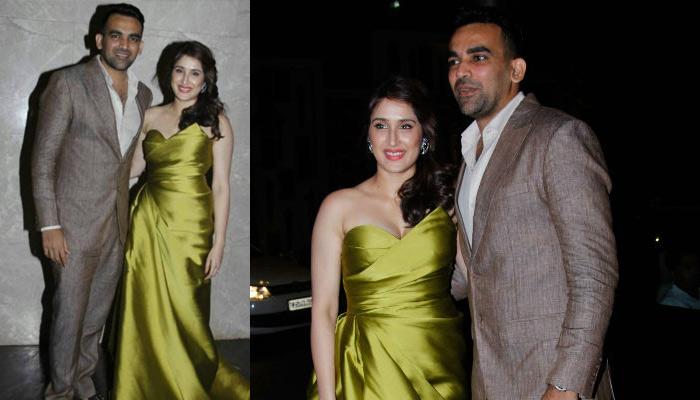 It was sometime back only when a young cricketer fell for a Bollywood diva. No, we are not talking about Virat and Anushka. We are talking about tinsel town’s new lovebirds- Zaheer Khan and Sagarika Ghatge. Recommended Read: Celina Jaitly And Husband Peter Haag Are Expecting Twins Again On April 24, Zaheer and