Chhath Puja: Famous Celebrities Who Celebrate This Hindu Festival And Are Still Close To Their Roots

Here's a list of some famous Bollywood celebrities, who are from Bihar and celebrate the auspicious festival, Chhath Puja, every year with huge enthusiasm. Details inside!

The star at the centre of our solar system, the Sun is the most important energy source on earth. While in science, Sun is hailed as the prime source of life on earth, when it comes to religion, the ever-shining star has worshipped the people of almost all religions in their respective manners. However, in Hinduism, God Surya is one of the major solar deities and is the one, whose name is taken in almost every religious festival. But there's no denying the fact that God Surya has a special place in the hearts of the people from Bihar, Jharkhand, Uttar Pradesh, the Nepalese provinces of Lumbini and Madhesh, and West Bengal. Courtesy of the way, the people of these states predominantly celebrate Chhath Puja with huge energy.

The festival of Chhath Puja is also probably the only festival in the entire world where people worship not only the rising Sun but also the setting sun, which clearly speaks of the love the devotees of Chhath Puja have in their hearts for God Surya. Therefore, as per the Hindu calendar, Chhath Puja is celebrated across the nation with huge enthusiasm on the sixth day of Kartik month. 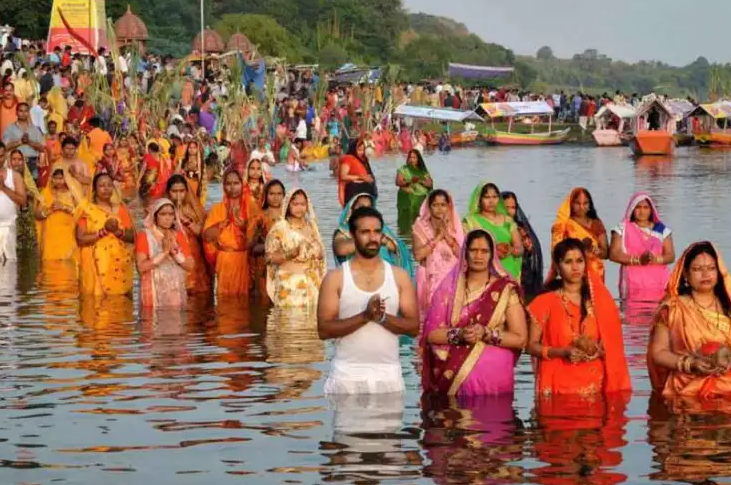 Along with God Surya, his sister and the sixth form of Devi Prakriti, which is known as Chhath Maiya, is also worshipped. Over the four days of this major Hindu festival, the devotees perform various rituals for the health and safety of their loved ones. Every year, when the entire world celebrates Chhath Puja with their loved ones, Bollywood is also dipped in its colours. 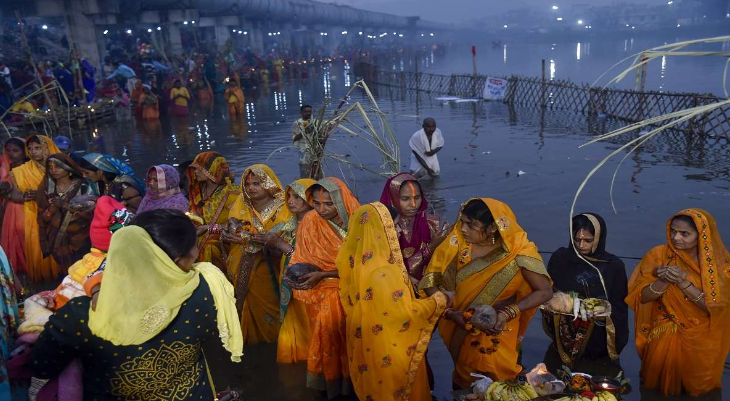 Over the years, we have seen many exceptionally-talented actors from Bihar celebrating the festival with huge enthusiasm. So today, we are going to take a look at some of the most famous celebrities, who never miss a chance to wish their fellow devotees. So without further ado, let's get straight into it. The iconic actor, Manoj Bajpayee is the idol for so many established actors and actresses in the Indian film industry. Over the years, he has inspired millions of aspiring actors across the nation with his journey and success in the film business. The actor was born in a small village called Belwa, Bettiah, Bihar, on April 23, 1969. The actor is also happily married to his wife, Shabana Raza. 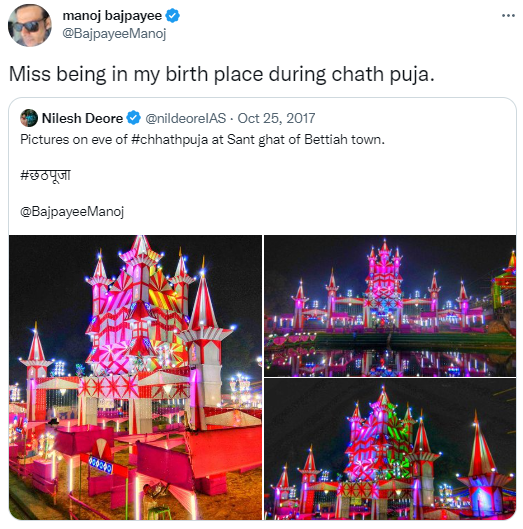 Over the years, in many of his interviews, we had seen Manoj recalling the tales of his childhood days when he used to celebrate Chhath Puja at his home in Bihar. However, despite being in Mumbai, for now, most of his life, he never forgets to wish everyone on Chhath Puja. Born on July 17, 1969, in Bombay (now Mumbai), Ravi Kishan's family belongs to Kerakat district in Jaunpur. The well-known megastar of the Bhojpuri film industry never forgets his roots. The people's actor has ruled the hearts of millions of people with his exceptional acting skills for some years now. 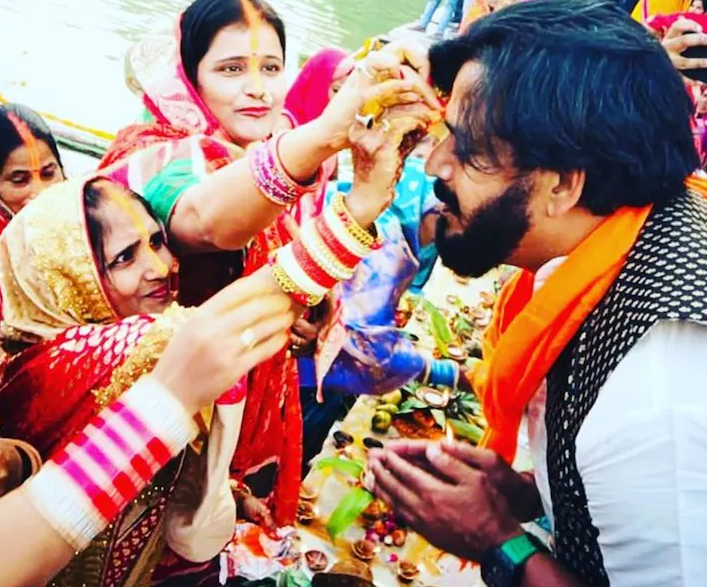 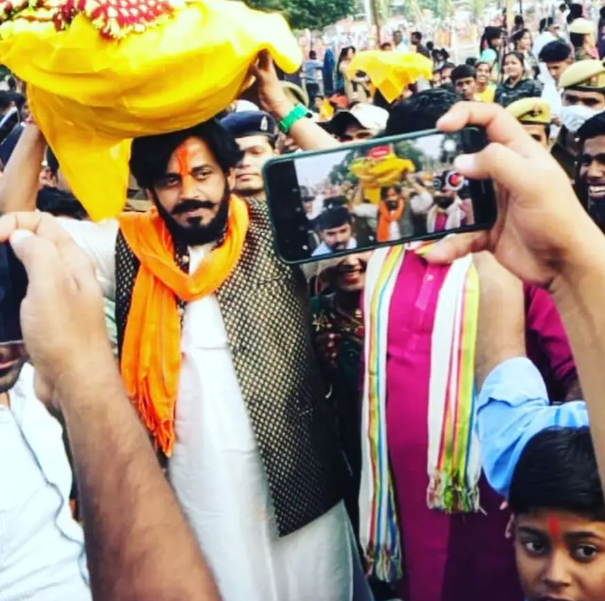 However, not just in Bhojpuri but in Hindi, Telugu, Kannada, and Tamil cinema, too, Ravi has mesmerised everyone with his acting skills. Everyone also loves the actor for the way he celebrates Chhath Puja with local people almost every year. Check out some of his pictures from last year's Chhath Puja! 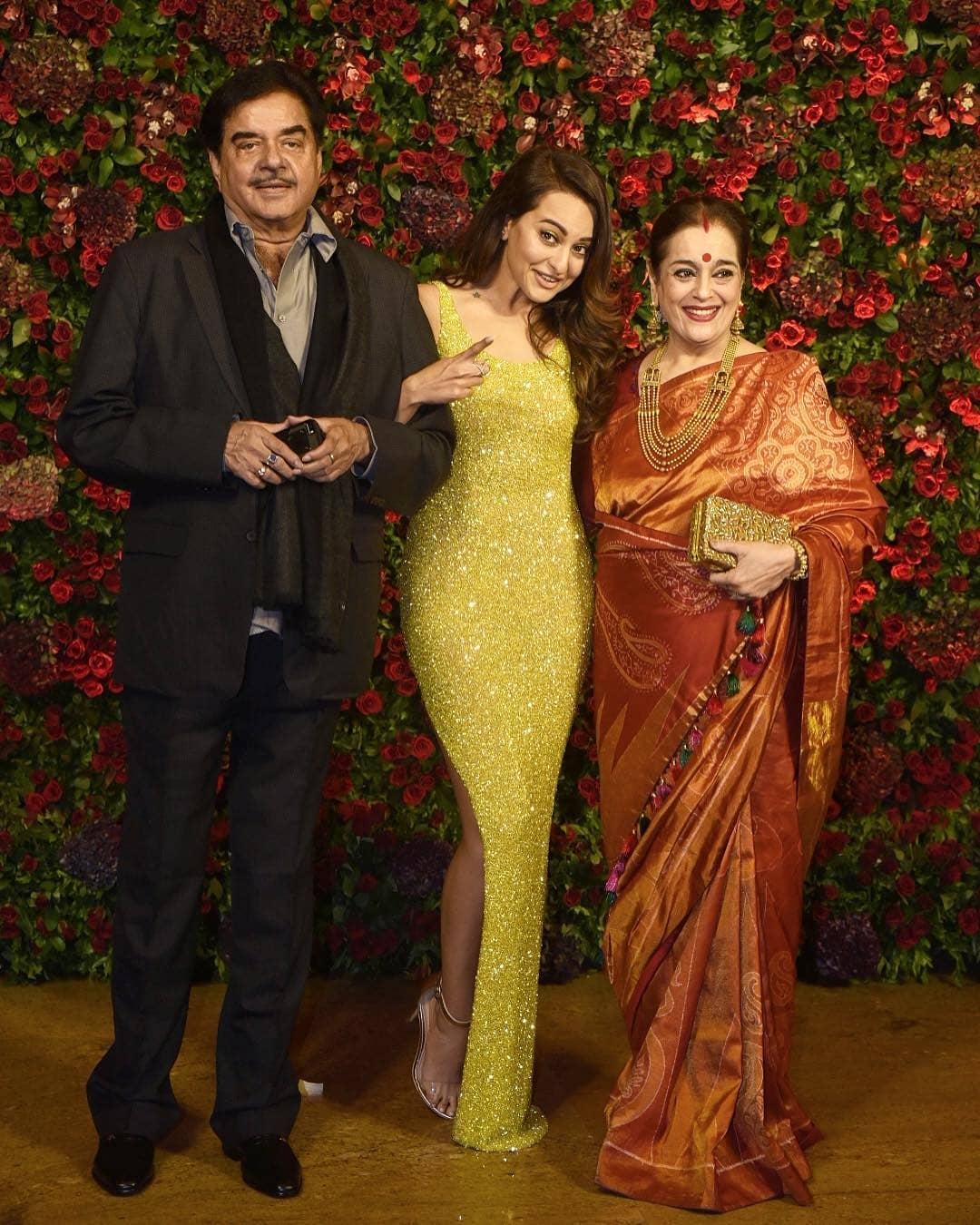 It is always stated that no actor will ever receive the love Shatrughan Sinha had and continues to receive from the people of Bihar. The iconic actor was born on July 15, 1946, in Patna. Every year on the auspicious festival of Chhath Puja, Shatrughan Sinha reportedly makes sure to visit the nearby ghats in order to ensure the proper arrangements for the devotees. The actor also reportedly celebrates the festival in Mumbai with his wife, Poonam Sinha and their kids, Sonakshi Sinha, Luv Sinha, and Kush Sinha. 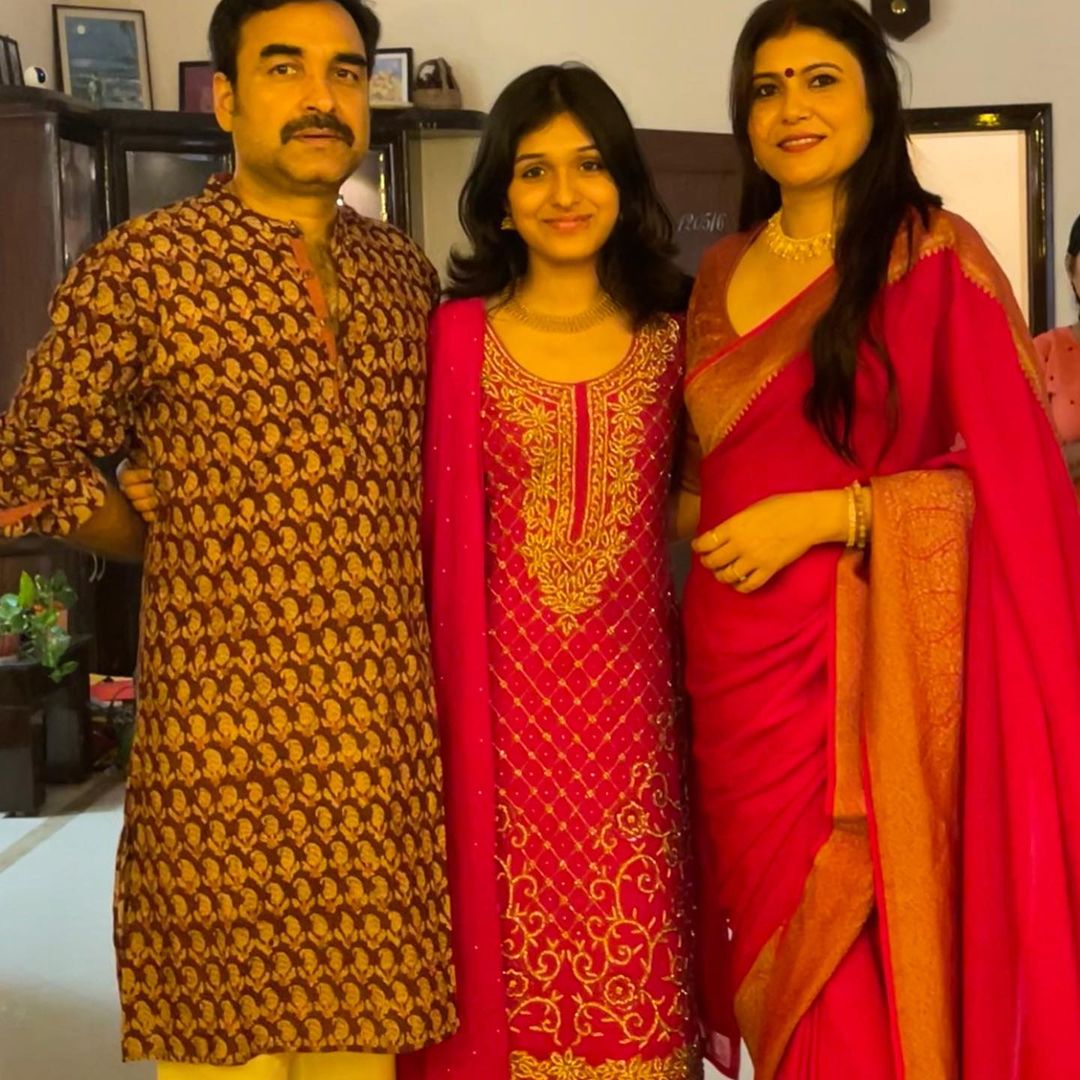 One of the finest actors in the Hindi film industry at the moment, Pankaj Tripathi needs no introduction. With his performances in movies and web series like Maasan, Newton, Gurgaon, Bareilly Ki Barfi, Stree, Gunjan Saxena: The Kargil Girl, Ludo, Kaagaz, Mimi, Criminal Justice, Mirzapur, he has already proved his genius acting skills to the world. Apart from his acting, Pankaj Tripathi is loved and respected for the love he has for his hometown, Belsand village, in Gopalganj, Bihar.

Also, he is quite close to his roots, and every year he tries his best to visit his village in Bihar to celebrate Chhath Puja with his family. His love for the people of Bihar and their traditions is what makes him everyone's favourite, as he has never forgotten his roots despite being hailed as one of the finest actors of this generation. Popular television and film actor, Gurmeet Choudhary was born in Jairampur village in Bhagalpur, Bihar, on February 22, 1984. Despite living in Mumbai for more than a decade now, he is still connected to his traditions and values. 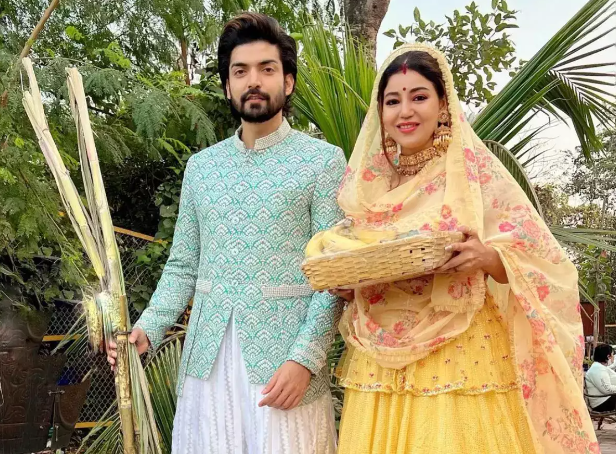 Every year on Chhath Puja, he and his wife, Debina Bonnerjee celebrate the auspicious festival with all the rituals and enthusiasm. It's always a delight to witness cute glimpses from their Chhath Puja.

You May Like This: 5 Celebrities Got Trolled For Supporting A Firecracker Free Diwali, From Alia Bhatt To Aamir Khan 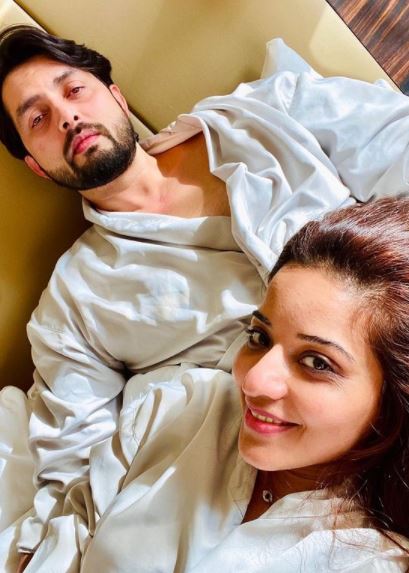 Famous Indian actress, Monalisa has appeared in movies like Tauba Tauba and Blackmail. However, her participation in Bigg Boss 10 sky-rocketed her popularity to a whole new level. After which, she acted in the famous supernatural show, Nazar. The actress was born on November 21, 1982, in West Bengal. Every year, Monalisa celebrates Chhath Puja with her loved ones and is also famous for giving major outfit goals to fellow women. The actress is happily married to her husband, Vikrant Singh. Chhath Puja is a massive festival for its devotees, and no matter in which place of the world they are, hardly a person misses a chance to celebrate it. Such is the beauty of Chhath Puja!