Chahatt Khanna Goes Christmas Shopping With Her Daughter, Zoharr For Their Holly-Jolly Vacation

Chahatt Khanna Goes Christmas Shopping With Her Daughter, Zoharr For Their Holly-Jolly Vacation

It is that time of the year when Santa comes down the chimney and gives gifts to all the kids. Recently, television actress, Chahatt Khanna went on Christmas shopping with her daughter, Zoharr. 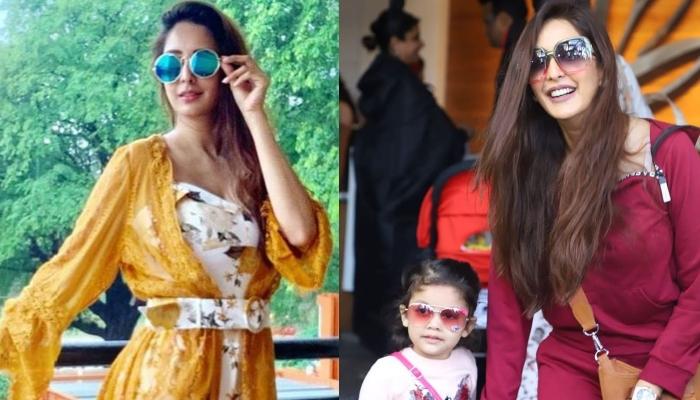 It is that time of the year when a big old man with a jolly laugh comes down our chimney to treat all the kids with a bag full of gifts. Yes, Christmas is almost here and we can all clearly hear the jingle bells. Kids are busy shopping with their parents to bring home the Christmas tree and welcome the big old fella, Santa Claus. And television actress, Chahatt Khanna has also started Christmas shopping with her little munchkin, Zoharr. (Recommend Read: Dipika Kakar Ibrahim And Shoaib Ibrahim Take His Parents For Lunch Outing, Pose For A Family Picture)

For those who don't know, Chahatt, who gained immense popularity for her acting stint in Bade Ache Lagte Hai, is staying away from her husband, Farhan Mirza. The duo had tied the knot in 2013, and together they welcomed two gorgeous daughters, Zoharr and Amaira to this world. However, after staying together for five years, problems started to surface and Chahatt had taken her daughters away and parted ways from her husband. The actress is happily balancing her role as a single mother and we often see her pictures with her cute daughters. 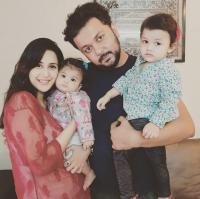 Today, on December 13, 2019, we spotted Chahatt with her daughter, Zoharr out and about for some Christmas shopping. In the pictures that have been trending on the internet, we can see Chahatt looking gorgeous in a pair of denim shorts with a matching denim jacket over it. On the other hand, her daughter looked adorable in a yellow polo T-shirt with a pair of black jeans. Check out the pictures below:

The news of Chahatt facing trouble in her marriage came as a shock to everyone. In an interview with the Bombay Times, she had shared the details about the problems with her husband. She had revealed that her now-estranged husband had accused her of prostitution. She had stated, “It was not just s***** abuse, I went through financial and mental abuse, too. The atmosphere in the house was driving me crazy. He would accuse me of prostitution and having an affair with a co-actor. He would make surprise visits on the set of my show (Qubool Hai) and create a fuss when I had to hug or even hold hands with my co-actor on screen. Once, he threw a fit after I received an invite for the same co-actor’s housewarming party; he concluded that I was dating him." 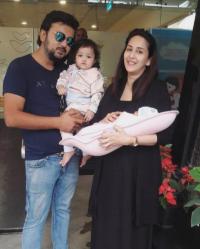 She had further shared, "Farhan would always keep an eye on me. He even followed me from one room to another. I was not allowed to take both my kids together outside the house, as he knew that I would leave him. It was solitary confinement of sorts. In fact, he even accused me of dating his own brother. During both my pregnancies, he would ask me if the babies were his. A day before and four days after the delivery of my second baby, he dragged me out of the house and asked me to leave. He also used to manhandle me during fights." (Also Read: Sushmita Sen Shares A Video Of Her Beau, Rohman Shawl Singing 'Hero', Her Daughter, Renee Joins In) 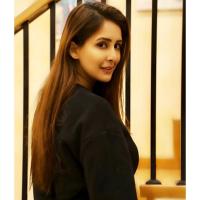 In an interview with The Times of India, Chahatt had shared that leaving her husband wasn't an overnight decision. She had said, "Leaving Farhan wasn’t an overnight decision. He had an inkling of what was coming. I put up with him because I feared being judged for the failure of my second marriage (Chahatt was previously married to businessman Bharat Narsinghani). It’s not easy for any woman, as there is a lot of social stigmas attached to it, but I’d had enough. So, just two days before my birthday this July, I decided to end the marriage that was anything but happy." (Don't Miss: Anam Mirza And Asad Azharuddin's Wedding Trailer Is A Perfect Mix Of 'Dream Coming True' Moments)

Having said that, we cannot wait to see more pictures from Chahatt's Christmas celebration!