Sania Mirza's baby sister, Anam Mirza and her hubby, Asad Azharuddin embark on their journey of a 'happily ever after.' On December 12, 2019, Asad shared the wedding trailer on his Instagram handle.

‘Once upon a time, I became yours and you became mine and we will stay together through thick and thin because that’s what they call happily ever after’ - Sania Mirza’s baby sister, Anam Mirza and her hubby, Asad Azharuddin must be going through the same emotions while starting their ‘happily ever after’. After being tight-lipped about their love-filled relationship, Anam and Asad’s marriage speculations were put to an end by her sister, Sania. The tennis champ, in an interview, had revealed that the Mirza family is happy to welcome Asad into the family. (Recommended Read: Salman Khan And Katrina Kaif Pose For An Internet Breaking Picture Of The Year, Twinning In Black)

‘AbBasAnamHi’ (hashtag for Anam Mirza and Asad Azharuddin’s wedding) had kickstarted with Anam’s bridal shower which was hosted by her sister, Sania Mirza and her friends. Anam had shared the pictures from her bridal shower in which we could see her looking gorgeous in a pink tulle skirt with a white t-shirt and a floral tiara. Along with the beautiful pictures, she had written, "Life happens, and there are moments you feel so damn grateful. I've been feeling that for a whole week now. While life was happening, I looked around yesterday at my Bridal Shower and I realised I've been lucky enough to find the best of friends and family. Absolutely thrilled and grateful. Let's kick start #AbBasAnamHi."

Sania Mirza's Baby Sister, Anam Mirza Makes For A Happy Bride As She Dances Her Way On Her Vidaai

Anam Mirza and Asad Azharuddin’s pre-wedding functions had kickstarted with her mehendi function and ended with the reception which took place on December 12, 2019. For their reception, Anam looked stunning in a sequinned gown and opted for a diamond necklace and minimal makeup to complete her look. On the other hand, Asad looked dapper in a navy-blue tuxedo. The reception was a star-studded affair and was attended by who’s who of South. Sania’s best friend, Farah Khan Kunder also attended the reception and posted a picture with the newly-wedded bride. On December 12, 2019, Asad took to his Instagram handle and shared their wedding trailer and simply captioned it as “#abbasanamhi.” Check out the trailer: 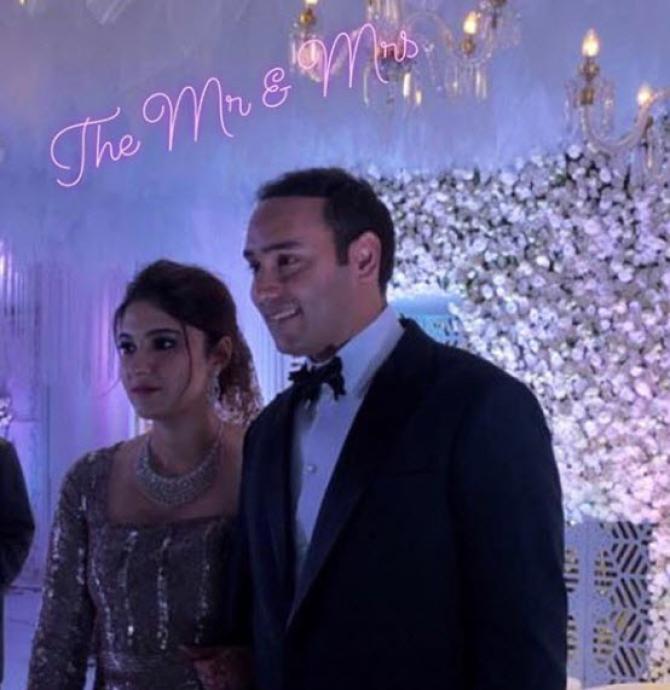 Anam Mirza and Asad Azharuddin had said ‘qubool hai’ to each other in an intimate nikah ceremony on December 11, 2019. Anam had opted for a baby pink ensemble with heavy golden embroidery and to give her outfit an extra colour, she chose a purple-hued dupatta. On the other hand, Asad had looked handsome in a beige sherwani. On December 12, 2019, Anam and Asad had shared the first pictures as ‘Mr and Mrs’ and we can’t keep our eyes away from how adorable they had looked. While Asad had captioned the picture as “Finally married the love of my life #abbasanamhi" Anam had written, “Mr and Mrs #alhamdulillahforeverything #AbBasAnamHi." (Suggested Read: Madhurima Tuli's Mom Feels Her Daughter And Ex, Vishal Aditya Singh Are Making Fool Of Themselves) 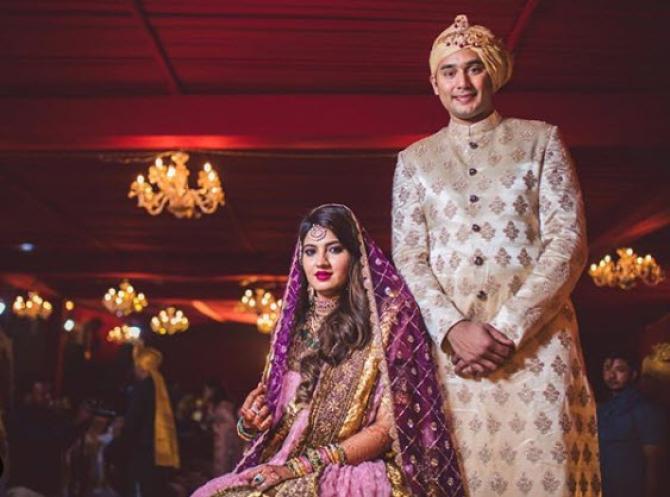 On December 9, 2019, Anam Mirza had looked stunning in a multi-coloured lehenga with blue-coloured dupatta for her mehendi night. She had kept her hair loose with flowers to give herself a princess look and had completed her look with a choker and minimal makeup. The then groom-to-be had looked dapper in an orange and white-coloured kurta-pyjama. For the sangeet night on December 10, 2019, Anam Mirza had opted for a pastel colour and had given us some major inspiration for sangeet outfit. Anam had dazzled in a pastel green-coloured lehenga with heavy embroidered choli and had completed her look with a tidy bun and fresh flowers in her hair. She had kept her makeup minimal and had accentuated her entire look with heavy pearl jewellery. 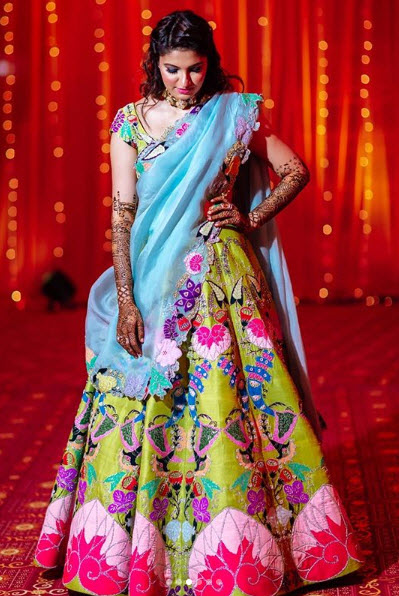 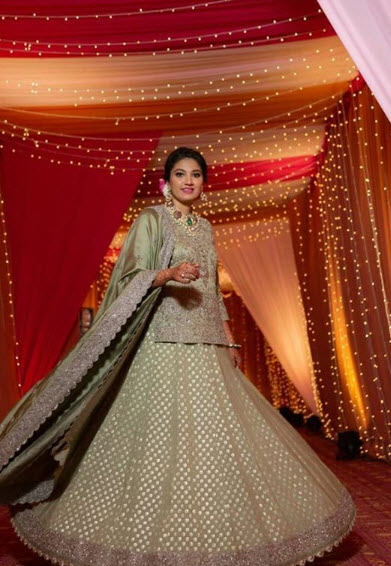 Sania Mirza, in an interview with The Times of India, had confirmed sister, Anam Mirza’s wedding date with Mohamad Azharuddin’s son, Asad Azharuddin. She had stated, “She (Anam) is actually getting married in December. We just came back from her bachelorette trip to Paris. We are really excited. She is marrying a lovely boy. His name is Asad and he happens to be the son of Mohammad Azharuddin and we are really excited about it.” 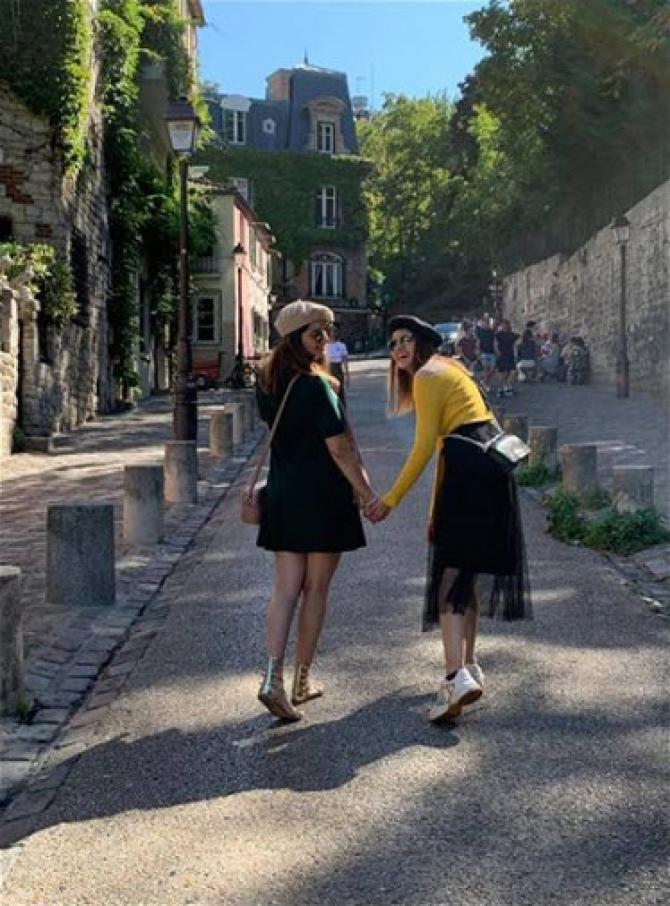 Anam and Asa'd social media PDAs were giving hints about the couple being madly-in-love with each other, however, the then-rumoured couple had remained silent about their relationship. On February 24, 2019, (Anam’s birthday), her then-rumoured beau, Asad had taken to his Instagram handle and had posted a beautiful birthday wish for her. He had worded it as “Happy birthday to the most amazing person in my life.” (Must Read: Akshay Kumar's Special Gift For Wife, Twinkle Khanna Is Hilarious, She Gives It 'Best Present Award') Here's wishing Anam and Asad, a life of happily ever afters! 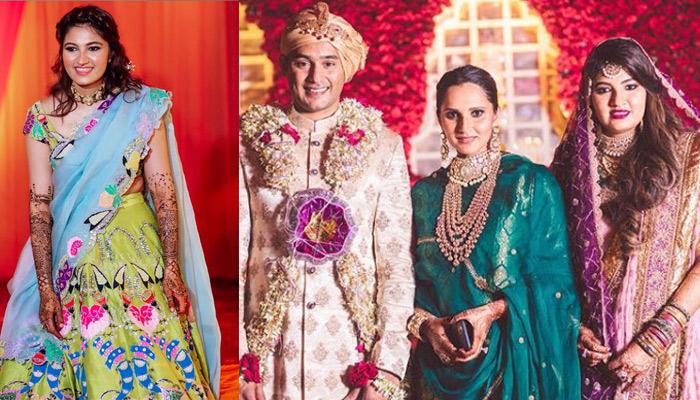 When a couple enters a new phase in their life, all they want is to make every moment precious and special which they could cherish for a lifetime. Preparing for the fun-filled pre-wedding functions, finalising the décor, the wedding trousseau and finally dancing at the reception party, a couple's wedding is

Sania Mirza's Baby Sister, Anam Mirza Makes For A Happy Bride As She Dances Her Way On Her Vidaai