Brent Goble's Birthday Wish For Wife Aashka Goradia Is Full Of Praises, Says She Is The Best Woman

Brent Goble's Birthday Wish For Wife Aashka Goradia Is Full Of Praises, Says She Is The Best Woman

Famous television actress Aashka Goradia walked down the aisle with her long-time handsome boyfriend, Brent Goble on December 1, 2017, in a Christian wedding and on December 3, 2017, as per Hindu wedding rituals. Ever since the couple has been giving some serious marital goals and scoring full points for that. Today, on November 27, 2018, it is Aashka’s birthday and it’s the first one post their wedding.

Brent Goble took to his official Instagram account to wish the ‘best woman’ he has ever known. Sharing a lovely picture with his lady-love, he captioned the post as, “The best woman I’ve ever known. The one who holds my heart, my entire world so effortlessly in her hands. You’ve grown so much in a year. And we have grown so much together. But this year you shattered all expectations and is paying off in ways you never imagined possible.” (You May Also Like: Malaika Arora Reacts To Her Alleged Boyfriend Arjun Kapoor's 'Koffee With Karan' Episode [VIDEO]) 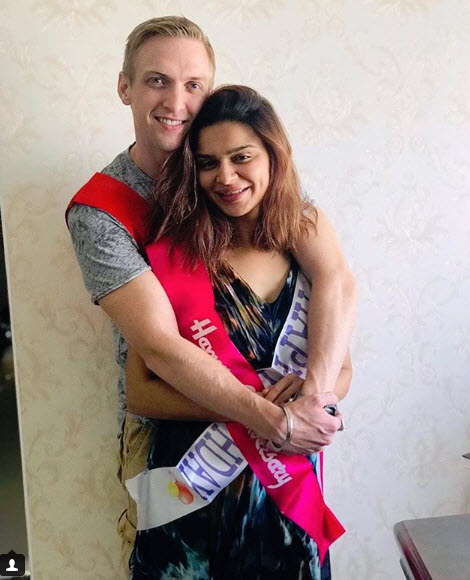 He further wrote, “In ways, I never thought possible. You created something from a thought into a reality. And soon it will be a leviathan. You continue to redefine the standards of excellence. I’ll keep up this next year. Time for me to truly step up. May this year be the one where everything changed for the best! Let’s manifest this together, my love. #happybirthday #goals #bosslady #dreambuilding #bosswoman #entrepreneur #businessempire #crushingit #confidant #inspiration @aashkagoradia @reneebyaashka”. 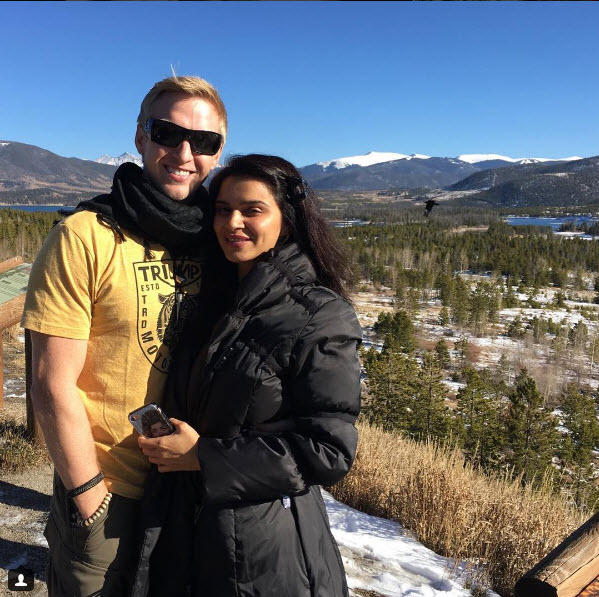 For the ones who don’t know, Aashka has started a business with the name of 'Renee by Aashka'. He is referring to her achievements in the field of entrepreneurship. In fact, in one of her throwback interviews, Aashka retorted, "My focus is definitely on my new venture now but I want to do an action-packed role on television. My body, my mind and my acting skills are ready and aching to be a part of an action series irrespective of the platform. I have done historical, mythological, I have played a girl next door and also a vamp, I have done it all." (Also Read: Sushmita Sen's Family Picture With Boyfriend Rohman Shawl In Frame From Her 43rd Birthday Bash) 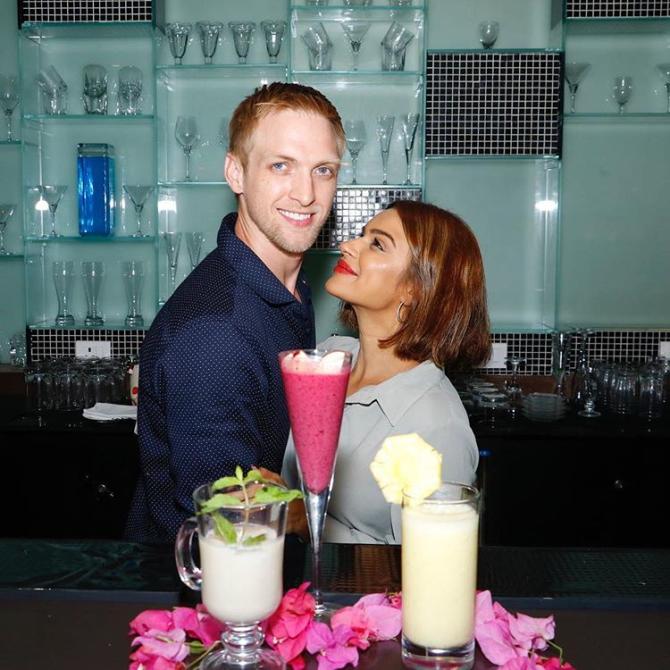 Sharing how he met the love of his life Aashka, Brent in an interview earlier had stated, "I was working at Hakkasan nightclub for the evening for some of our company’s clients. Calvin Harris was performing that evening, which draws the biggest crowds in Vegas. I was waiting for the clients. I noticed Aashka and her friend standing about 10 feet from my table. After exchanging a few glances, I invited her to sit with me. She and her friend agreed to give me company till my clients arrived. She was shy and to be honest, didn’t seem interested. I thought she was lovely, but I didn’t want to seem pushy." (Also Check: Janhvi Kapoor Said That She Might Look For Dates On Zomato, Their Reply Is Winning The Internet) Aashka and Brent are one happily married couple who never ever shies away from praising and making each other feel special. Talking about the most romantic moment with her husband Brent, Aashka once revealed that it happened in Colarado. The actress-turned-businesswoman had then remarked, “It happened in Colarado, when he went down on his knees to propose to me. He picked up lines from Melluha, my favourite book--- and said a few lines interspersing them with names all the important people in my life.That shows how well he has accepted not just me but all those who matter to me. Here boys don't want to give their gym time to their wife, and this man is not rigid- he is ready to change his eating habits live in a different climate, learn new languages. In fact, he has already started sacrificing so much in order to adjust here. Actually, kaafi changes aa bhi gaye hain.” (Checkout: Priyanka Chopra's Sangeet Venue Changes To Umaid Bhawan Palace From Mehrangarh Fort, Here's Why) 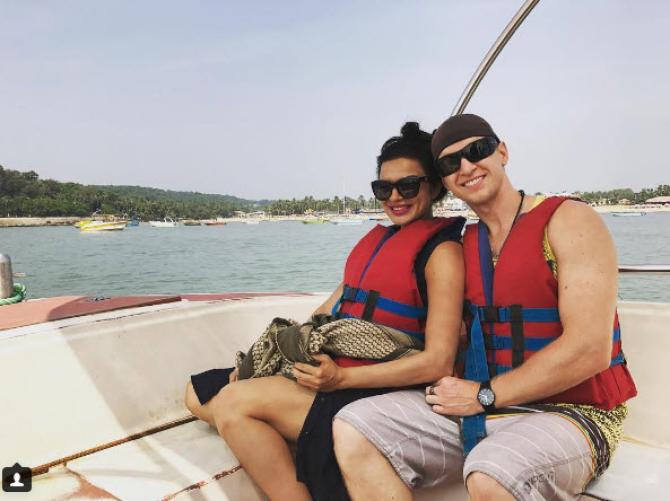 Also, in another interview with Hindustan Times, she spoke at length about her wedding with the man of her dreams. She said, "It’s a fabulous feeling. I am married to the man who completes me and my life. From I to We from Me to Us - life has changed, as from now on, every action, every thought revolves around the two of us and not just either of us! Companionship and unity are now a permanent part of our lives. It’s a wonderful feeling to know that I have always someone by my side in this journey ahead."