Bollywood And Television Newbie Mommies Who Had A C-Section Delivery

Bollywood And Television Newbie Mommies Who Had A C-Section Delivery

A baby is a blessing, sent from the heaven above, and delivered by the magicians called doctors. Scroll down as we bring you, celeb moms, who opted for C-sec deliveries and who were forced into it!

Nothing can ever bring more joy to a family than the birth of a child. From the parents to the uncle and aunts, everyone’s eyes are filled with lots of love and excitement. However, it is the mother, who goes through a volcano of emotions as she wants to give her best from the very start. And when she goes into the labour room with all her might, she hopes that tomorrow will be a new dawn. A date that will be written forever in time as a true miracle is born.

So, if you are a mom-to-be, just remember we understand your pain, joy and moody days. And if you are scared of your baby birthing journey then keep scrolling as we bring you celebrities mommies who had  C-section deliveries. While there were some who had no choice, there are some who were forced into caesareans and were not even treated the right way.

Recommend Read: 6 Television And Bollywood Mommies Who Suffered From Depression During And After Pregnancy Bollywood singer, Tulsi Kumar, who is famous for a melodious voice and romantic songs, is a true creator. It was on December 24, 2017, when her little boy, Shivaay Ralhan blossomed into her life. The happiness of the singer and her husband, Hitesh Ralhan’s doubled up, however, her pregnancy wasn’t an easy one as she had a c-section delivery. And while we all know, after caesareans losing those extra kilos becomes a lot difficult, it became a big hurdle for Tulsi to shed all the extra weight. 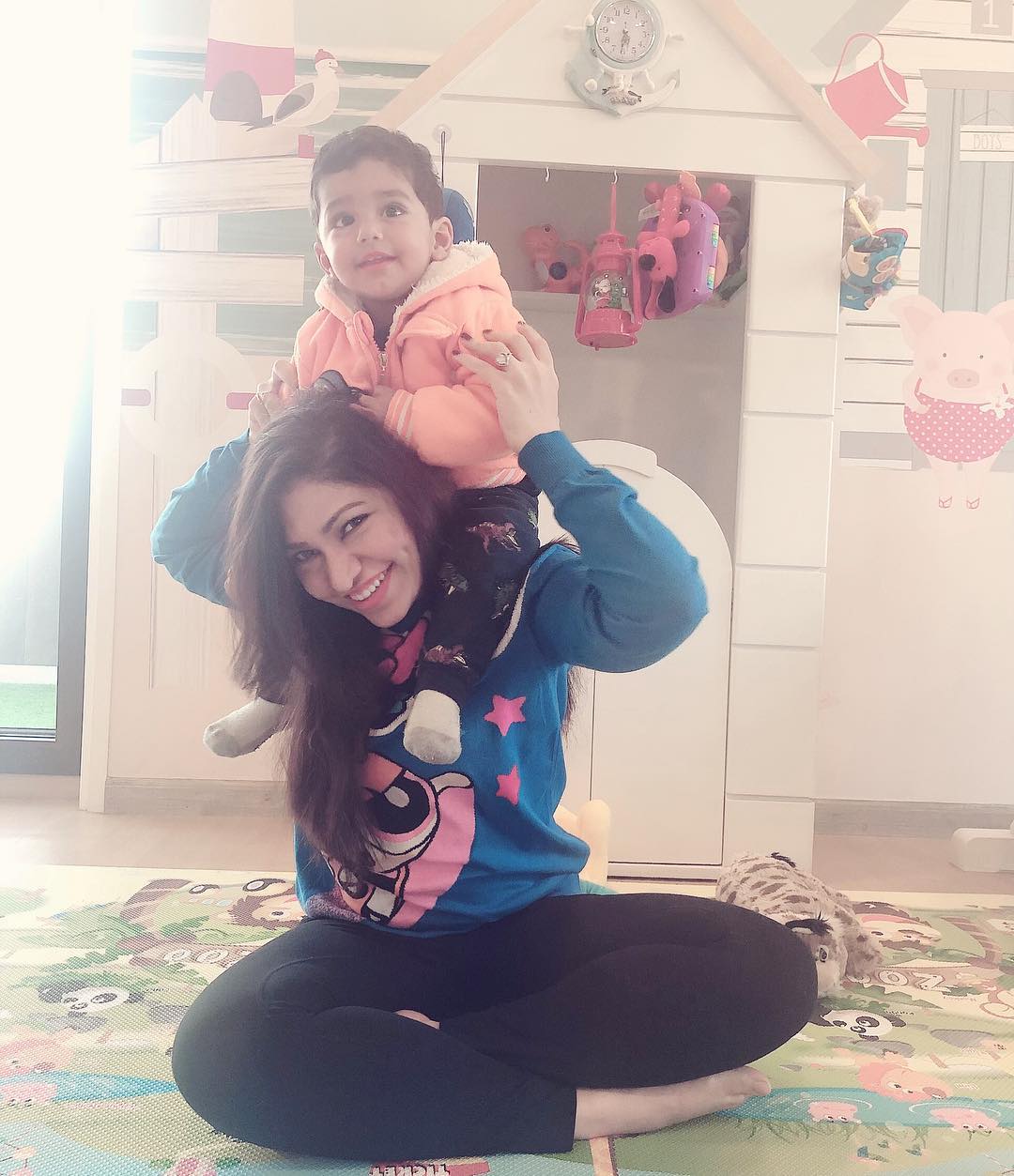 But, as we say, there is nothing impossible in this world, and so Tulsi made sure to set an example for all the new mommies, who are struggling with all the extra weight. In June 2019, Tulsi had opened up about her weight loss journey post-delivery in a beautiful Instagram post, wherein, she had flaunted her transformation. She had firmly stated that regular exercise regime, determination, and patience goes a long way, all we need is a goal to start with.

In an interview with Fress Press Journal, Tulsi had revealed her balancing act of a new mommy and her singing dream:

“You have to multitask. Being a mom is the most beautiful feeling and every person will agree with me because there is no feeling that can match up to going back to your son’s smiling face. My son for me is the most important person. But my career even after my marriage and baby, by God's grace, is going onwards and upwards.” Television actress, Navina Bole, who rose to fame with Miley Jab Hum Tum, became a proud mother of a baby girl, Kimaayra. However, she had revealed how her pregnancy came as a sweet surprise as she wasn’t expecting to get on this journey. And like many, she wanted to give best to her little bundle of joy, and so she opted for a C-section delivery to give birth to her first child.

In one of her Instagram picture, post her baby’s birth, Navina had shared that she feels weak post-partum, sleep deprived and chubbier, but guess what? It is just the start of a beautiful journey called motherhood. Ace tennis player, Sania Mirza has always made us proud, be it on the tennis court or off it. From her career choice to her life decision, she is a true diva. And when she took the journey of motherhood, the entire nation prayed for her and her baby’s good health. Sania Mirza and her husband, Shoaib Malik became proud parents of a baby boy, Izhaan Mirza Malik on October 30, 2018. However, for a year the player had to take things slow as she had a C-section delivery. And while many thought her career is over, she proved them all wrong with her full-swing preparation for the 2020 Olympics. 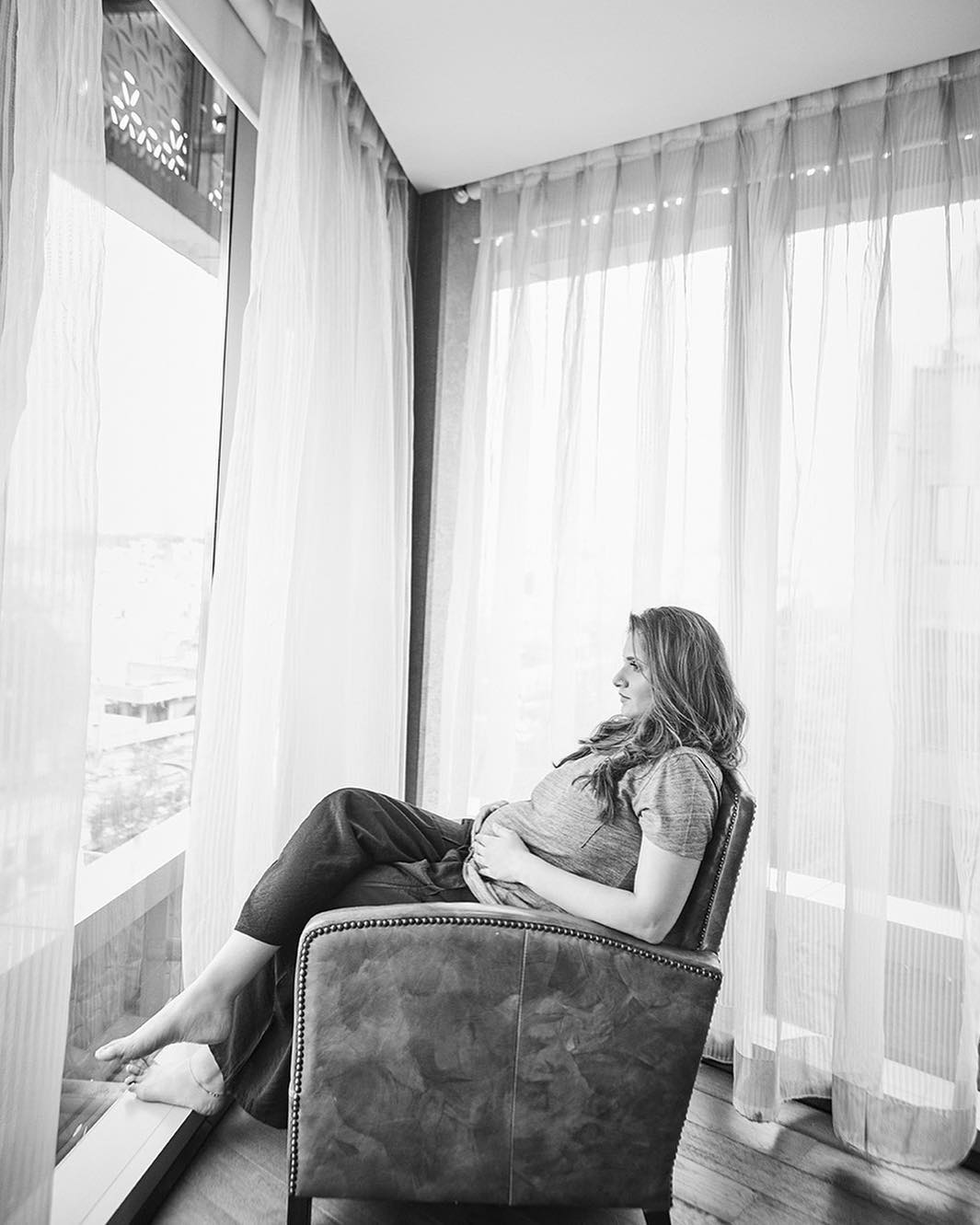 In an interview with The Times of India, Sania had revealed how she took it slow to get back on the court:

“I've already started work in the gym although, for another month, I have only been allowed aerobic training since I had a C-section. I will start working with my physical trainer, Robert Ballard from the middle of February and possibly if things go smoothly I would be able to get back onto the practice courts in the first week of April. I will probably need another 6 months to achieve match fitness - but all this is assuming that everything goes well and my body responds positively to the workload.” 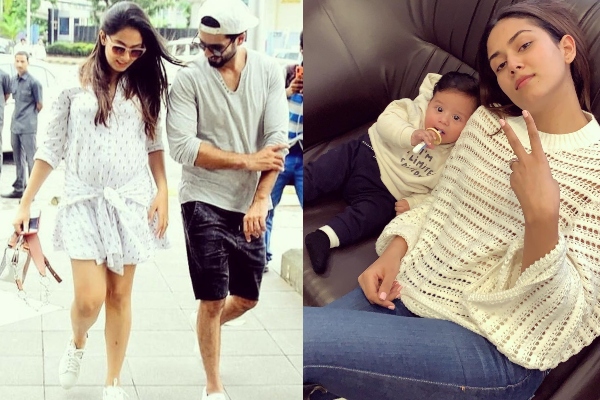 Shahid Kapoor’s wife, Mira Rajput Kapoor became an overnight star, banking millions of fans. And we have always believed that it was a brave step for Mira to start an entirely new life, in a new city, away from her closed cocoon. On April 26, 2016, she was blessed with a cute little angel, Misha, and after two years, she was blessed with another God’s blessing, Zain.

While her first pregnancy had a normal delivery, it was her second pregnancy, wherein, she was operated to deliver her baby boy. And this time, she is giving her body the time and taking the fitness journey slowly. And we totally love her for that. 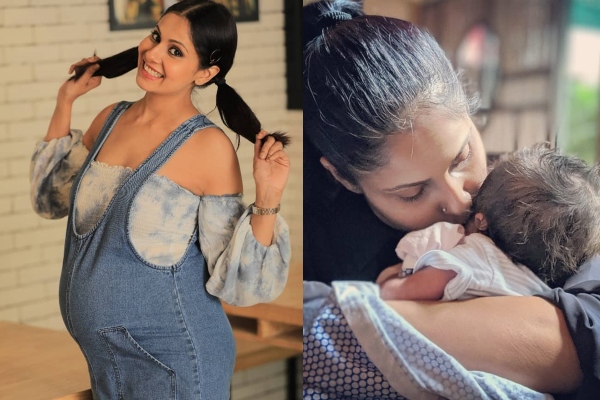 Television actress, Chhavi Mittal is already a star mom as not only inspired us all though her second pregnancy, but she also informed us about Hypnobirthing. The actress is already a mommy to her six-year-old daughter, Areeza, and on May 13, 2019, she delivered her second baby, Arham Hussein. However, her second-time labour room journey wasn’t an easy one. 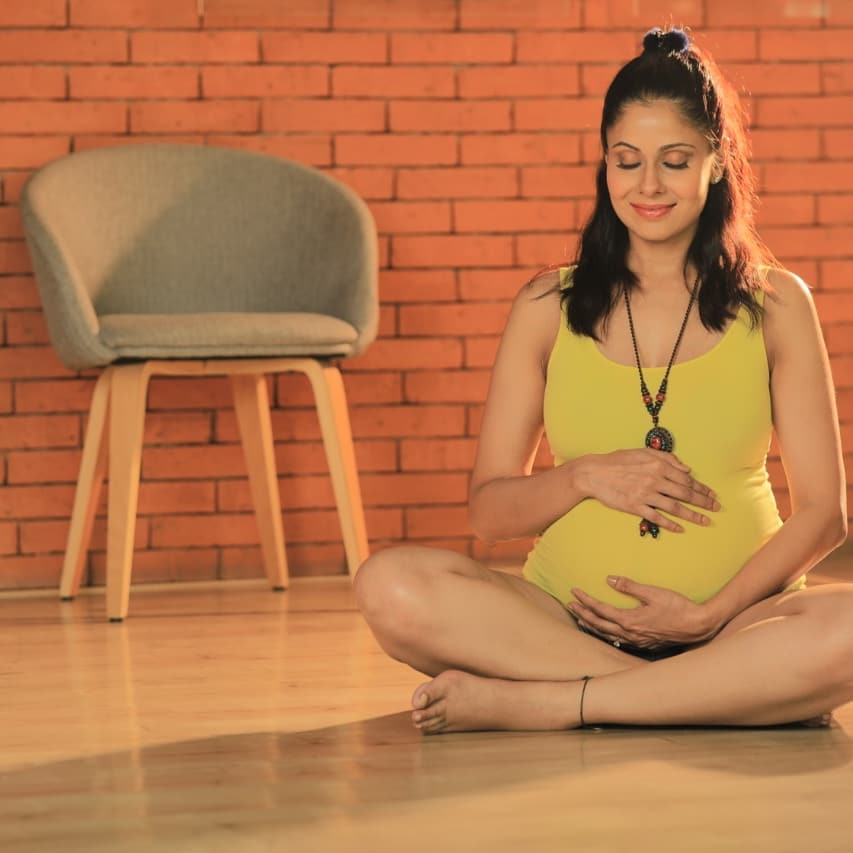 While we all know Chhavi had informed us about Hypnobirthing and how she was keen on giving birth to her little apple of an eye naturally, her doctor robbed her from this choice. She was forced into a C-section delivery by the one person, who she had trusted with all her heart, soul, body and mind. In one of her Instagram post, Chhavi had revealed how her doctor was never onboard with her birthing plan and ditched at the last moment. 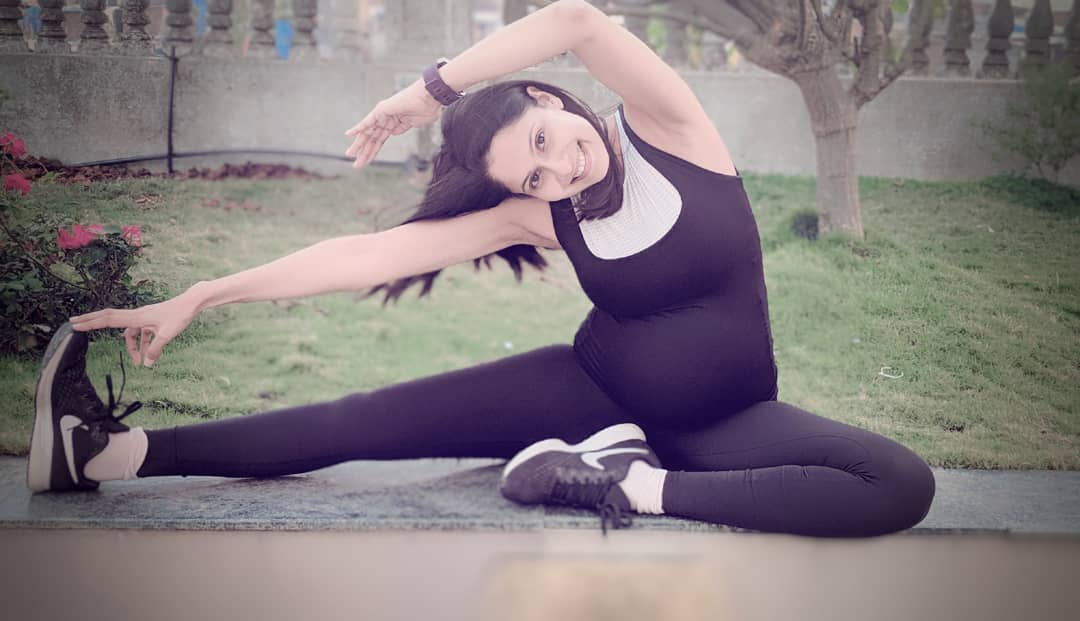 “I put my complete faith in her and agreed to whatever she said. But her attitude towards my whole birthing process completely shook me up. She said some things which I could not respond to at that time, but they will remain engraved in my mind forever. With a heavy heart, I proceeded to the wheelchair. But I didn’t know that the worst was yet to come! Outside the OT, suddenly I was told that Mohit cannot accompany me to the OT. She started yelling again for some reason. I remember wondering what that reason was.”

Dear mommies-to-be, there is nothing scary about a caesarean delivery, but yes, no doctor or person should force you into it. You should know your body and treat it like a temple as a little life gets nurtured in it. And if you are having c-section deliveries, take inspiration from these real-life mommies, who slowly and gradually took the journey to fitness.