Television actress, Pavitra Punia's love life is again in the spotlight after her brewing romance with actor, Eijaz Khan is leading all the headlines. Here's a look at all her affairs. Find out!

A celebrity's life is far more than just enjoying fame, glitz, and glamour, as they also have to deal with constant societal judgements on their every action, people sneaking into their private space, and a major toll on their mental health. At the same time, some celebrities couldn't handle the dark side of this glamour world and collapse, some masters the art of not giving too much attention to the negativity around them. One such celebrity is television actress, Pavitra Punia, who never shies away from putting forward her thoughts without filters and doing what she thinks is right and makes her happy.

(Recommended Read: Yash And Radhika Pandit's Love Story: From Strangers To Soulmates, They Were Destined To Be Together)

Talking about Pavitra Punia's professional journey, it wasn't easy for the actress to make a name for herself in the entertainment industry, as she holds no roots in the glamour world. In 2009, she had participated in the famous reality show, MTV Splitsvilla 3 and had risen to fame overnight. After which, Pavitra had bagged a cameo in the popular show, Geet – Hui Sabse Parayi that had highlighted her in the eyes of a lot of producers, and since then there's no looking back for her. However, it is her personal life that has always been in headlines because of the controversial revelations. And, once again, Pavitra Punia's love life is again in the spotlight after her brewing romance with actor, Eijaz Khan is leading all the headlines. Here's a look at all the affairs and relations she has been linked with. 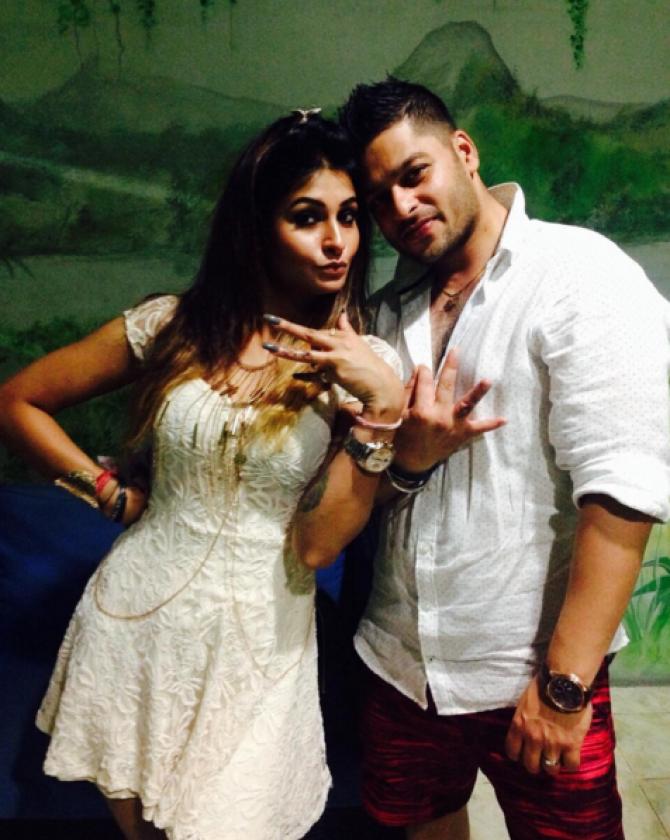 In an interview with a YouTube channel, Fifafooz, Pavitra's alleged husband, Sumit Maheshwari had claimed that he is still married with Pavitra and she had cheated on him four times. Pavitra had never acknowledged her marriage with Sumit on the show. However, she had hinted that she was engaged and had a fiancé. Sumit had claimed,

"We are still husband and wife. We got engaged, and we have married also, but she didn't disclose it. I had texted Paras when I found out about their relationship. I told him that you could be in a relationship with her but wait till we get a divorce. My family is involved. I still have a tattoo of her on my hand. Nothing has changed from my side."

For the uninitiated ones, Pavitra Punia was earlier happily engaged to a businessman, Sumit Maheshwari. In an interview with Tellybuzz, she had retorted, "Yes, I am engaged to Sumit. I had met him in Amby Valley through a common friend, where I had gone for Reiki. I absolutely loved the place and fell in love with him there." And Sumit had also revealed that it was love at first sight for him and had called her a 'pure soul'.

(You May Like: The Story Of How Hardik Pandya Locked His Heart With Natasa Stankovic Defying Society Norms) 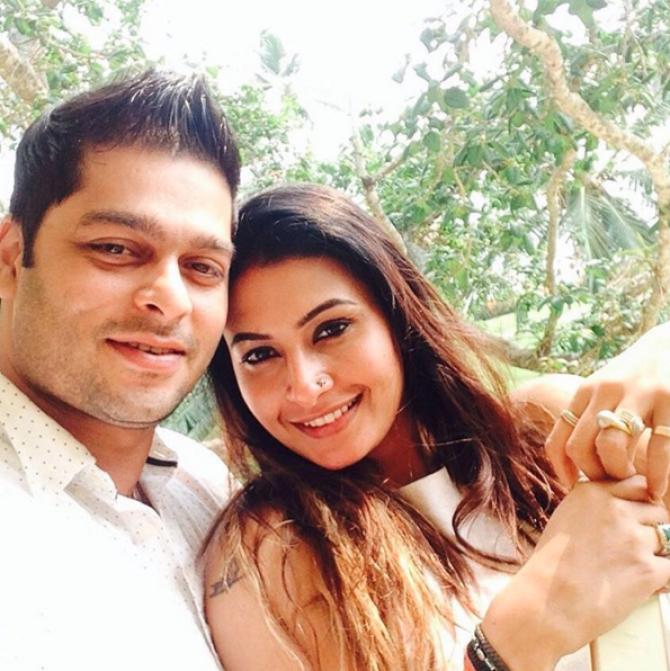 In an interview with DNA, Pavitra Punia had reacted to the claims made by her alleged husband, Sumit Maheshwari about their marriage and had clearly stated that she would reveal everything but at the right time. She had said,

"I will come up with an answer very soon. Honestly, it is not very important for me. All I can say is, it's good to ride on someone's limelight. For now, I have no comments on this topic, but I will speak on it very soon." 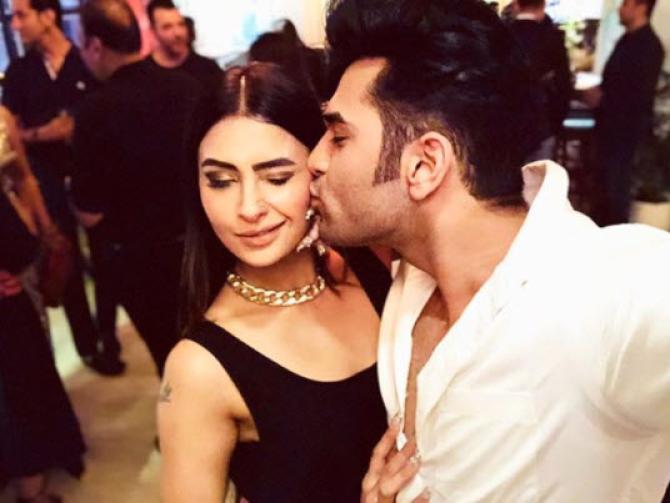 Pavitra Punia and Paras Chhabra's alleged extra-marital affair has sent shockwaves around the entertainment industry as the actor had revealed a lot of shocking details about his ex-girlfriend in his recent interviews. Not only Paras, but Pavitra had also accepted her relationship with Paras and had titled it as 'the biggest mistake of her life'. After which, Paras had revealed that she had fooled him by hiding the fact that she is married to Sumit Maheshwari. In an interview with the ETimes, Paras had revealed that Pavitra had accepted that she was married to Sumit, while she was dating him. He had said,

"It was alarming to know this when her husband messaged me and said you both could be with each other as much as you want but only after my divorce with her. I confronted her, and she agreed, then I got to know one after other shocking revelations about her. I don't want to open my mouth right now. I could be explosive right now, but time will tell, and it will show during her stint in BB. If I open my mouth, things can go against her, and it won't be good." Pavitra Punia had also addressed Paras Chhabra's shocking revelations in her interview with DNA. The actress had stated that her ex-boyfriend doesn't exist anymore for her and she was prepared for this. She had said,

"When a person climbs up the ladder of fame, there is someone or the other after that person to pull him/her down. Even before I entered my own house (after the eviction), I was fully prepared about these two people (Paras Chhabra and Mahira Sharma). I always knew that when I enter the Bigg Boss 14 house, they will speak behind my back. For me, they don't even exist."

Dating two men at a time 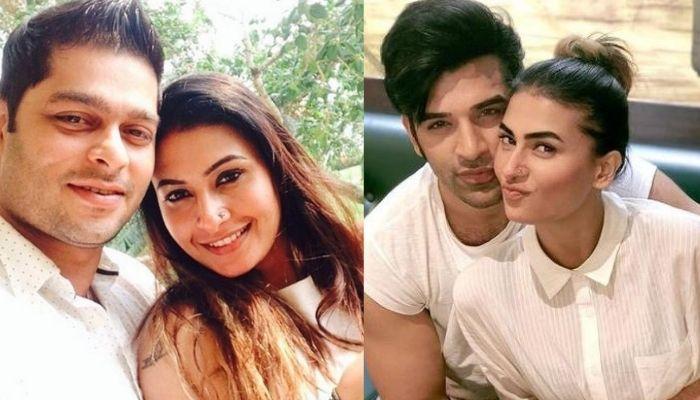 In one of Bigg Boss 14's episodes, Pavitra Punia was giving a head massage to television actress, Jasmin Bhasin and had bared her heart-out about her ugly breakup with her ex-boyfriend, Pratik Sehajpal in lengths. The actress had revealed that she was the one who had decided to end their relationship. However, Pavitra had stated that her intentions were good as she didn't want Pratik to suffer because of her possessive nature. She had said, In another episode of the show, Pavitra had shockingly revealed that she had dated two men at the same time, once in her life. The actress had revealed it during her conversation with co-contestants Nishant Singh Malkhani, Sara Gurpal, and Rahul Vaidya in the Bigg Boss house. She had told that she had saved both her beaus' contact number by the nickname, 'baby' to avoid any confusion. After which, some reports had stated that Pavitra was talking about being in a relationship with Sumit and Paras simultaneously. While some had suggested that the two men about whom Pavitra was talking are none other than Paras and Pratik. 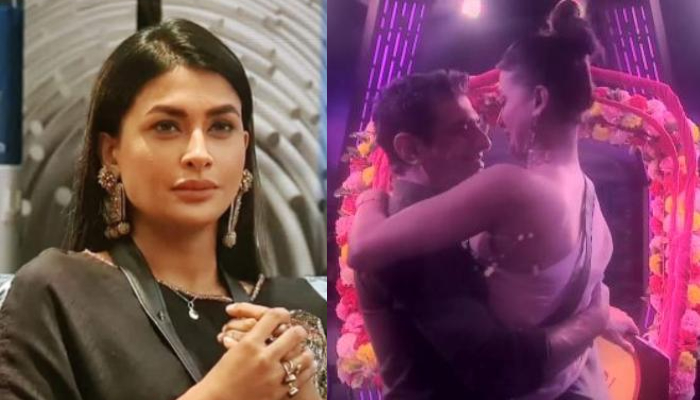 Pavitra Punia had won a lot of hearts and had garnered too much fame during her stay in the Bigg Boss 14's house. The actress had won the hearts of the toofani seniors, Gauahar Khan, Sidharth Shukla and Hina Khan on the first day of her entry in the reality show. But it was her brewing romance with co-contestant, Eijaz Khan that had bought her right in the centre of limelight on the show. On November 1, 2020, Bigg Boss 14's temperature had raised a bit, as the brewing romance between Eijaz Khan and Pavitra Punia had reached a whole new level, as they had gone on a private date and had confessed their feelings towards each other. Pavitra had also cooked some delicious food for Eijaz, and the actor was floored by her surprise and had thanked her for her special gesture. After her eviction, Pavitra had talked about her being in love with Eijaz in her interview with DNA and had revealed, "As of now, I am in the memories of Eijaz. I am just seeing the live and uncut videos and watching how much he is missing me. I am enjoying that part, and I don't want to make my memory clumsy because of these stupid topics (Paras Chhabra and Sumit Maheshwari's claims)."

It'll be interesting to see whether Eijaz Khan will come in a relationship with Pavitra Punia or not, as the feelings and time they had shared together could be a part of their show's script. What is your take on Pavitra's rollercoaster love life? Let us know!