Mukesh Ambani and Anil Ambani have always been in the spotlight but their sisters, Neena and Deepti have maintained a low profile. Let's take a look at the untold love story of Deepti Salgaoncar.

India’s richest man, Dhirubhai Ambani had left a major impact on the society and was an inspiration to millions. From rags to riches, Dhirubhai had taught us to believe in dreams and pursue them without compromising on anything. Dhirubhai had gotten married to a simple woman from Jamnagar, Kokilaben Ambani in 1955 and blessed with four kids, Mukesh Ambani, Anil Ambani, Nina Kothari and Deepti Salgaoncar. While Dhirubhai’s sons, Mukhesh and Anil have always been in the spotlight, his daughter’s have always maintained a low profile. Although, we have spotted Nina at few gatherings of the Ambani clan, but Deepti has always preferred staying away from the light.

(Recommended Read: Life Of Dhirubhai Ambani With His Wife, Kokilaben Ambani: How He Had Encouraged Her To Learn English)

The youngest child of Dhirubhai Ambani, Deepti Salgaoncar had shared a very special bond with her late father. Dipti has always been hands-on in whatever role she has acquired in her life. Whether it is raising her children, looking after her home in Goa or running a school, she has always given her hundred percent. Being a typical Mumbaikar, marrying and settling in Goa was an alien task for her but she had managed everything beautifully. And for all these, she credits her father, Dhirubhai Ambani as she had got all of these qualities as a legacy from her late father, Dhirubhai Ambani. 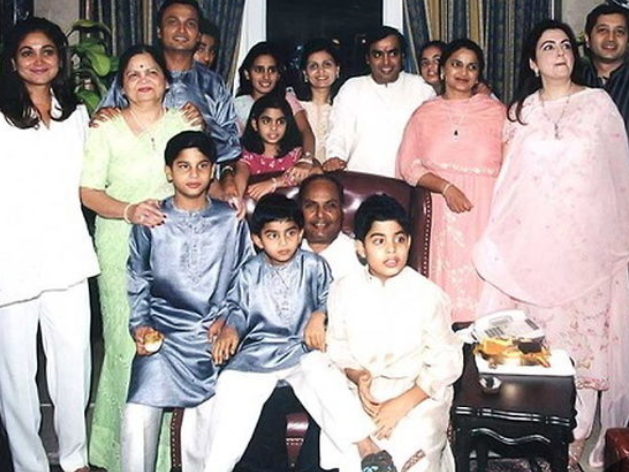 Back in the year 1978, Dhirubhai Ambani and his family had resided at the 22nd floor of the only skyscapper building of Mumbai, Usha Kiran. In the same building resided, businessman, Vasudev Salgaoncar with his family on the 14th floor. The Ambanis and Salgaoncars were the popular business tycoons of that time, who had started from the scratch and had attained a respectable position in Mumbai. Sharing a similar background, Dhirubhai and Vasudev had become close friends.

After Vasudev Salgaoncar’s death, Dhirubhai had become Raj’s friend, guide and a father figure. Raj and Mukesh Ambani, being the same age and Anil Ambani only two years younger shared a closed bond with each other. They would often spend time in each other’s company. 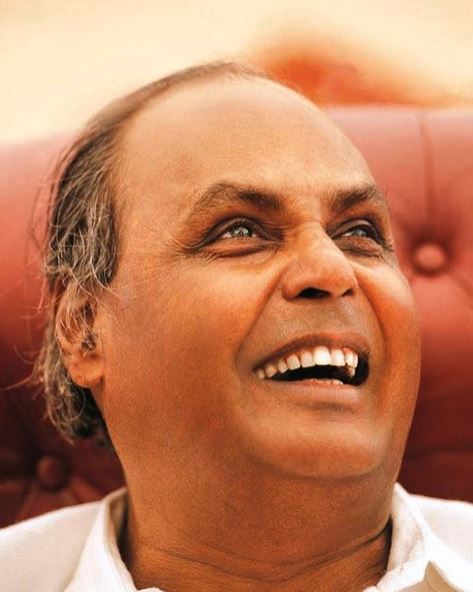 The Salgaocar family hails from Saligao in North Goa. Duttaraj Salgaoncar is a big businessman just like his late father Vasudev Salgaoncar and is the owner and Managing Director of V.M. Salgaocar Group of Companies. Raj is also the owner of Goa’s famous football club, ‘Salgaoncar’. He is also an independent director of Smart Link Networks System. He has a Bachelor’s degree in Production Engineering from V.J.T.I, Bombay University and had also done MBA in Finance from the Wharton Business School, University of Pennsylvania.

How Deepti Had Fallen In Love With Duttaraj

While the two families were quite close to each other and would often visit one another’s house, it was obvious that Deepti would cross paths with Duttaraj. It was love at first sight as the two had fallen in love instantly. After falling in love, the two had begun dating each other and after a courtship of five years, Deepti and Raj had gotten married on December 31, 1983. They had moved to Goa and had started their happily ever after. In an interview with the DNA, Raj had revealed whether their marriage was a coming together of two big business houses and had stated:

Actually, it wasn’t, because we had a love marriage. I was in Mumbai to study, and lived at Usha Kiran building where the Ambanis also lived. Mukesh and I are the same age and we were good friends. So was Anil, who is two years younger than us. I met Dipti, we fell in love and told our families, who agreed immediately. It was the first wedding in her family, but the last wedding in mine, because I am the youngest of seven children.

From A Mumbai Girl To Life In Goa 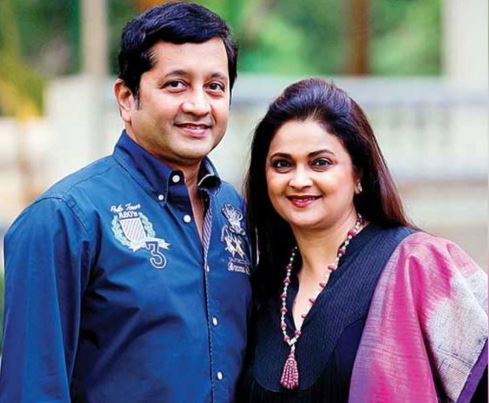 For Deepti, being a Mumbai girl, shifting her base to Goa was a difficult task. Her family, friends, relatives, everyone was in Mumbai. When she had reached Goa and had entered Raj’s house, she had felt it was a hanging garden because of its huge size. She had felt out of the place initially but her in-laws made sure she gets everything to feel comfortable. She also stated how she had learnt Konkani as her mother-in-law would only speak in Konkani. In the same interview she had recalled how she would crib about her life in Goa and how her father had encouraged her. Recalling the same, she had stated:

When I got married in 1983, there was nothing in Goa, and I remember cribbing to my dad about it. And he would say to just do whatever it takes to change it. At that time, we had nothing here, so he installed a huge satellite dish because we had to watch CNN. He gifted me a fax machine and he used to send me faxes every day. Even for my kids, ever since they were two years old, my father would communicate with them via fax. And those were the days when there were no fax machines in Goa at all. Raj and Deepti live at their ancestral mansion named Hira Vihar. Besides their family home, they own a house at Candolim, right on the beach. However, their personal house, where they visit once a week is near Panjim. The luxurious house is built on a cliff, and cascades down to the sea. Raj and Deepti are living a serene life. Raj, who loves food has always praised his wife’s culinary skills and had once stated that she cooks exactly like his mother.

(Also Read: Shloka Mehta And Akash Ambani Reciting The Handwritten Vows On Their Wedding In The Throwback Video) 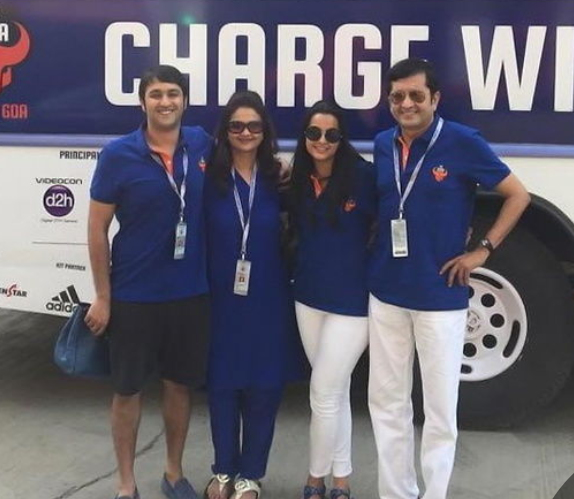 Deepti and Raj are parents to two lovely kids, Isheta Salgaoncar and Vikram Salgaoncar. Both the kids were very close to their grandfather, Dhirubhai Ambani. Vikram is a graduate from Wharton Business School. Isheta, who has interest in Journalism and Arts had gotten married to bigshot diamond jewellery designer, Nirav Modi’s younger brother, Neeshal Modi on December 4, 2016. 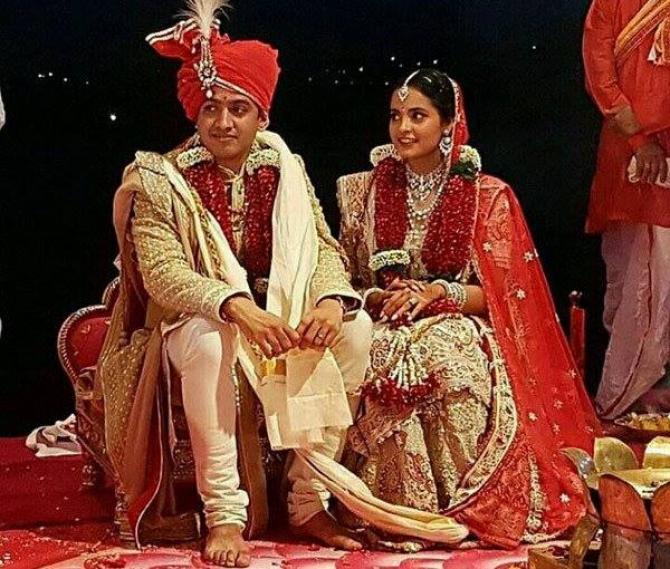 The Ambanis had hosted two lavish pre-wedding functions for their beloved niece. All the big shots of the glamour world were present at the do. The wedding was preceded and succeeded with many function and was a treat to everyone’s eyes.

Deepti and Raj are happily living their life in Goa. Although she misses her life in Bombay and especially her mother, brothers and sister but the beautiful lady, who has been acing all her roles has settled herself in the serene life of Goa passing her time by indulging in her favourite hobbies of reading, gardening and cooking.