Famous comedienne, Bharti Singh and her long-time boyfriend, Haarsh Limbachiyaa got married on December 3, 2017, in a destination wedding in Goa. Who's who from the television industry was present at the three-day long celebrations of Bharti and Haarsh's union, wherein all the pre-wedding functions mehendi, sangeet, bangle ceremony and haldi took place. (You May Also Like: Navina Bole Reveals That She Was Not Expecting Her Pregnancy, Hubby Karran Jeet Suggested A Test)

It was a fun wedding and all of their fans were also hooked up to their phones for the latest updates. Bharti and Haarsh's love towards each other can clearly be seen through their pictures on social media as well as during their media interactions. Ever since the two have been married, the duo has been giving some serious relationship goals. 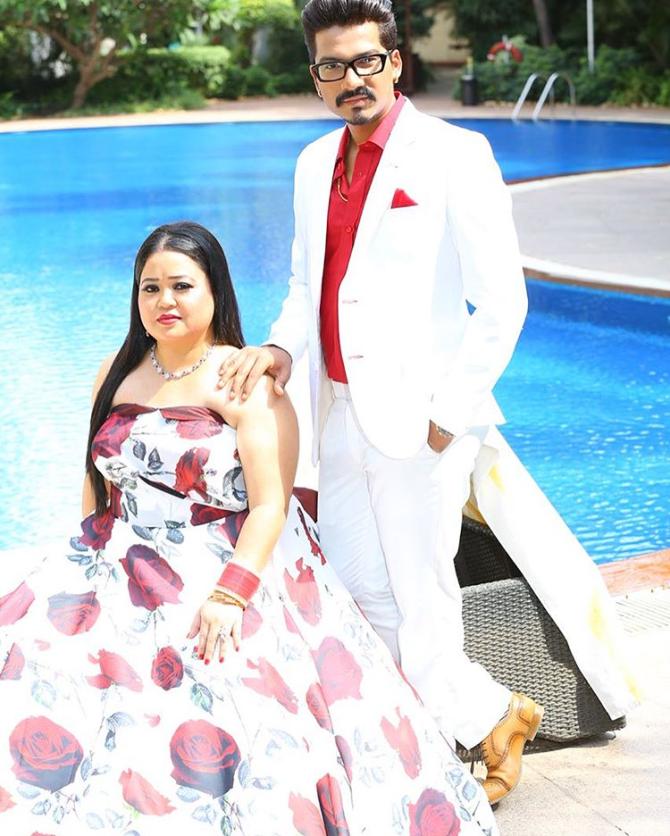 Currently, Bharti and Haarsh can be seen on Colors TV's famous stunt/dare reality game show, Khatron Ke Khiladi 9. The way the two have been constantly supporting and motivating each other during tasks shows us how madly in love they are with each other. The best thing about this couple is that the two make fun of each other and tickle other people's funny bones. The ones who are following KKK9 would get to know what we are trying to say. (Also Read: Rajat Tokas Shares A Throwback 'Together Forever' Wedding Pic With Wife Srishti On Their Anniversary) 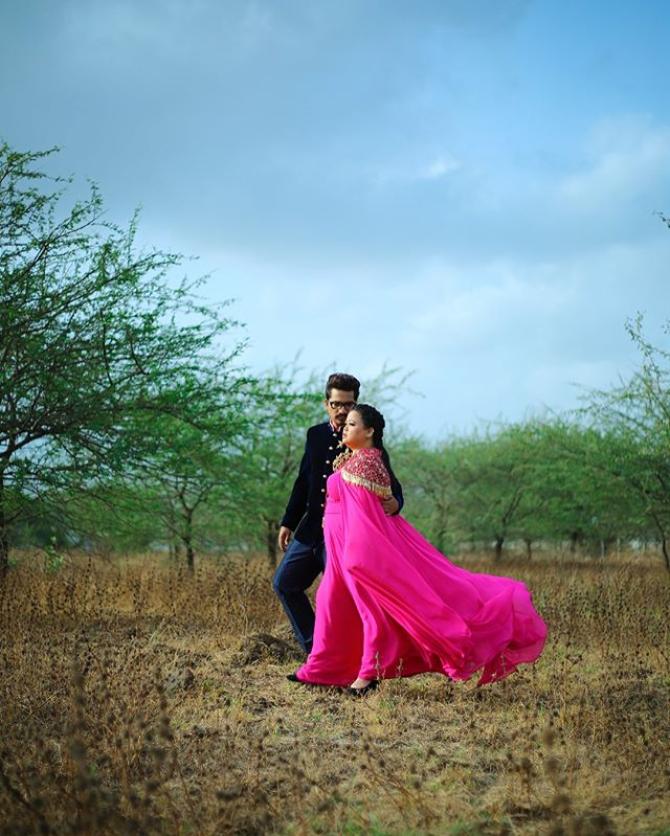 Bharti and Haarsh never ever leave any chance to make each other feel special. And today, on January 30, 2019, when it is Haarsh's birthday, she is making sure to make it the most happening one. To wish the love of her life on social media, Bharti Singh shared a lovely video, having her and Haarsh's pictures in a slideshow. Simple and straight, she captioned her post as, "Happy birthday my life @haarshlimbachiyaa30 #lifeline #heartbeat #babu#love". Did you notice the hashtag 'babu'? Is this what she calls Haarsh lovingly? How cute! Here's the video post Bharti shared, followed by a series of pictures she posted on her Instagram stories: 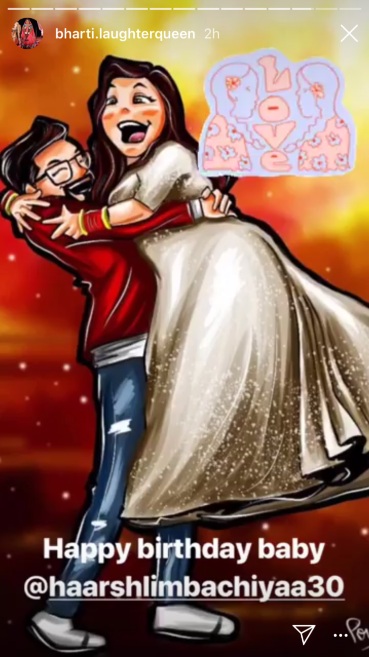 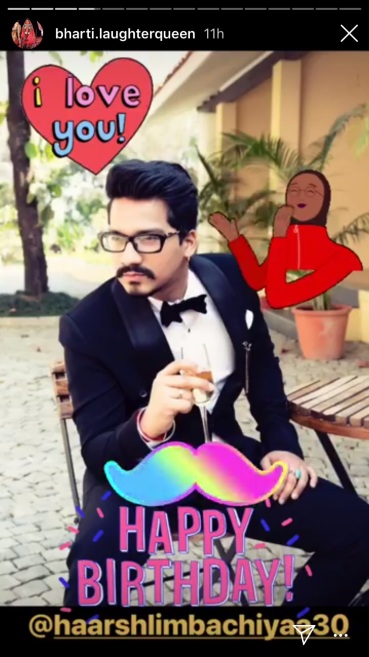 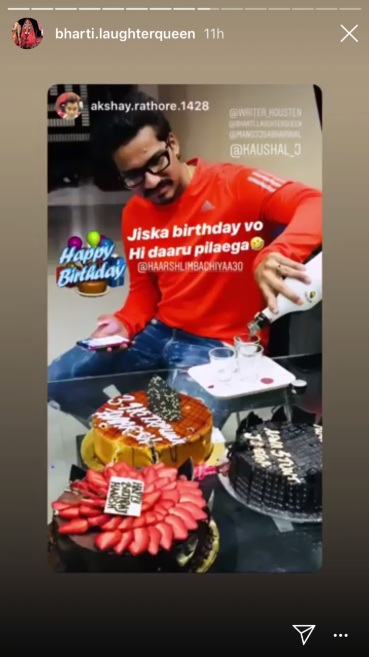 Talking about family planning, Bharti in an interview with SpotboyE had stated, "We have decided to plan a baby in 2019 and take our relationship to next level". Adding further, she remarked, "I am serious about motherhood. And we have decided by end of the coming year, we will plan a baby. Also, I want to work till the last day of my pregnancy. Just imagine with a baby bump me doing comedy on stage!" (Also Check: Kareena Kapoor Reveals Saif Ali Khan Cancelled Shooting For Taimur Ali Khan To Spend Time With Him) Prior to this, she once candidly talked about pregnancy and her and Haarsh's love for kids. Bharti had stated, “Yes, Haarsh and I both love kids. In fact, Haarsh toh galiyon mein logon ke bachhe uthata rehta hai (laughs). We have discussed about extending our family. And by 2020, I will be a mother. Maine toh Haarsh ko bola hai that I want to perform on the stage till the last day of my pregnancy. I want my child to get good vibes. I have, in fact, asked him to plan and write scripts for me for my pregnancy”.

Sharing her thoughts about love in an interview earlier, Bharti shared that she had never been in love. She even said that she thought since she is fat, she would get a bulky man for marriage. In Bharti's own words, “Meine kabhi pyaar nahi kiya tha. Mujhe lagta tha ki mein moti hun to kisi mote se hi shaadi hogi, lekin Haarsh ne mujhe pyaar karna sikhaya. Uske ‘I Love You’ kehne se mere andar badlav aya.” 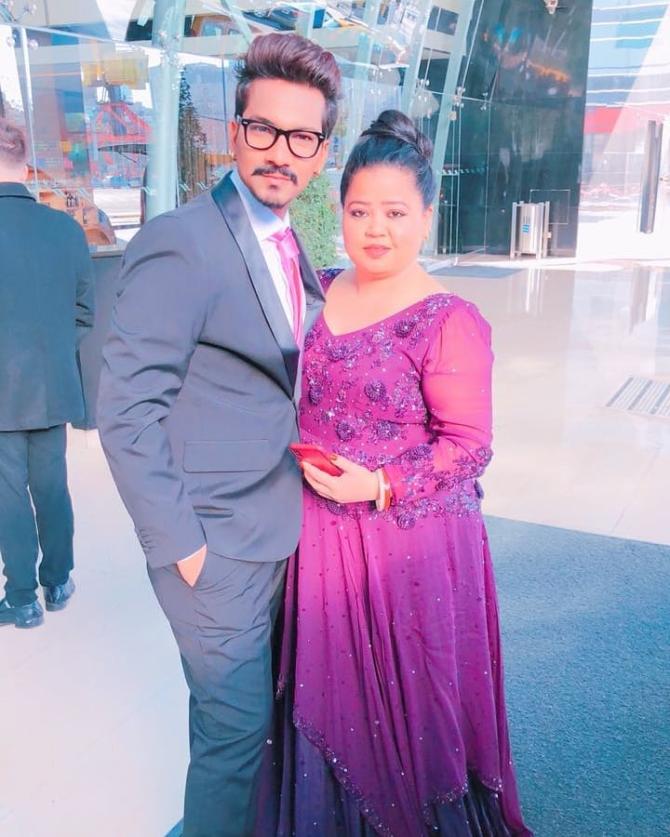 Revealing how her life has changed post-marriage, Bharti once shared, “Yes life has changed a lot post marriage – I now wear sindoor and mangalsutra, which I love the most about being married. It’s been more than eight months to my marriage and I am loving this phase of my life, I think everyone should get married. When you have a best friend as your husband, things are supposed to get good for you." (Also Read: Sheena Bajaj Flaunts Her Unique Mangalsutra, Shares A Beautiful Picture From Her Rajasthan Road Trip) 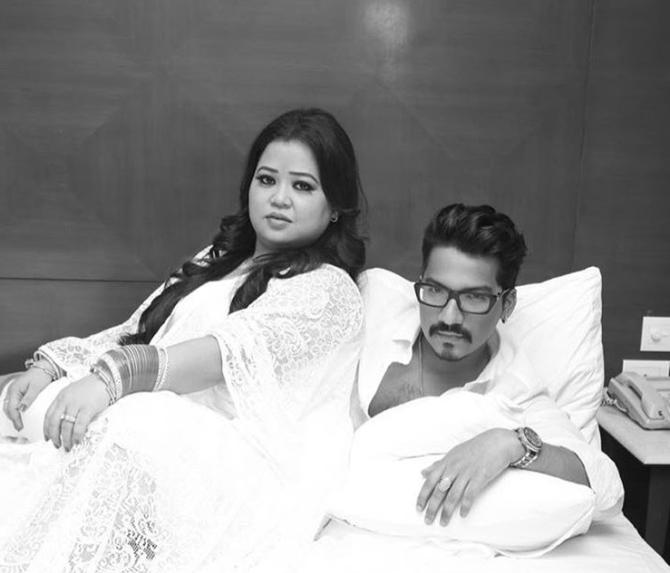 She further added, "Husband-wife mein mann mutav ho sakte hai, magar friends mein aisa nahi hota as they are more forgiving. Haarsh is very caring. He has called me several times today to ask me about my leg. Even my in-laws are great. I used to wake up at 1 PM at my home before marriage, and now I wake up at 2 PM. My in-laws are like my close friends. They are very accommodating”.