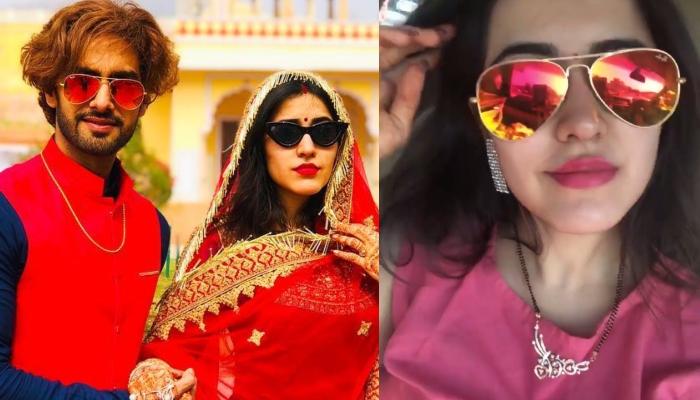 There is nothing more beautiful than being in love! And, everything starts making sense when that love is reciprocated. Television actress, Sheena Bajaj found her love in Porus actor, Rohit Purohit. The two made headlines when they tied the knot on January 22, 2019. (Recommend Read: Palak Jain-Tapasvi Mehta's Pre-Wedding Festivities Begin With Chunri Ritual And A Star-Studded Party)

The 2-day wedding ceremonies witnessed lots of fun, masti and dhamaka. Soon, after all the glam and glitz of their wedding, the two took off to Rajasthan Road Trip. In an interview with The Times Of India, Sheena revealed the details, and said, “Rohit hails from Jaipur. Right after the wedding, Rohit has planned a road trip for Sheena. Rather than going on a honeymoon to some different location, Rohit would be taking Sheena on a Rajasthan darshan via road, exploring cities like Jaipur, Udaipur, Pali, etc, before heading for Mumbai.” 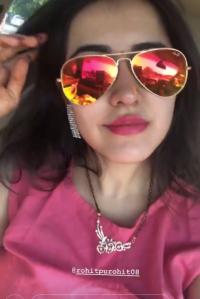 On January 29, 2019, Sheena shared some beautiful snippets of her Rajasthan tour with her husband, Rohit. However, what caught our attention was her unique mangalsutra design! In one of the Instagram stories, the actress is seen flaunting her beautiful mangalsutra. Check out the pictures below: (Also Read: Juhi Parmar Throws A 'Frozen-Themed' Birthday Bash For Daughter, Samairra On Her 6th Birthday [Pics])

The new bride is enjoying her just-married phase, and she took to Instagram to share her bridal swag. She posted a gorgeous picture in red sharara and captioned the picture as, “Tere hath me mera hath ho,sari jannnaten mere sath ho.. @rohitpurohit08”, followed by a heart emoji. Take a look at the pictures: 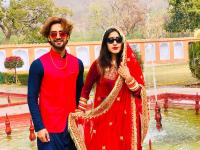 In the same interview, Sheena talked about how Rohit affects her, and said, “I get really affected when Rohit and I fight, which results in unpleasant rumours. The only thing I have always been sure of is that I want to be with Rohit at any cost. He made the decision of getting married early and here we are.” Rohit who is older to Sheena said, “The age factor doesn’t really matter. In fact, in my case, my parents felt that I was ready for marriage when I turned 22. So, in that sense, I am already late (laughs!). Sheena and I have been together for five years and it felt right to take the plunge”. 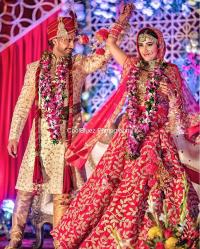 Sheena and Rohit were together for 5 years before they decided to tie the knot. The actress reminisces it and said, “We met on the set of Arjun and I developed a liking for him. We stayed in touch even after the show went off air and started dating six months later. I proposed to Rohit, as he is not the kind to confess his feelings. I went with flowers, chocolates and a cake and told him that I want to see him every day of my life. He simply replied ‘okay’, which I took as a yes”. 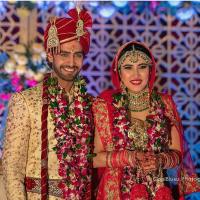 However, like every couple, they also had their own share of ups and downs. Sheena talked about the same and had stated, “It wasn’t a break-up. Like every normal couple, we too have our share of fights because we are poles apart. So, differences are bound to happen. We just took time off to give each other some space. I am fine with fights, but I won’t let that affect our relationship. I don’t want things to get escalated by a third party after our marriage.”Rohit further explained, “Rumours are hazards of this profession, but I have never responded to them. We have become so understanding as a couple that such rumours don’t affect us. Chhoti-moti ladaiyaan har relationship mein hoti hain”. (Don't' Miss: Ranveer Singh Attended A Big Fat Wedding In Jalore, Danced His Heart Out (Pics And Videos))

Sheena is definitely rocking her new-bride look! What do you think?